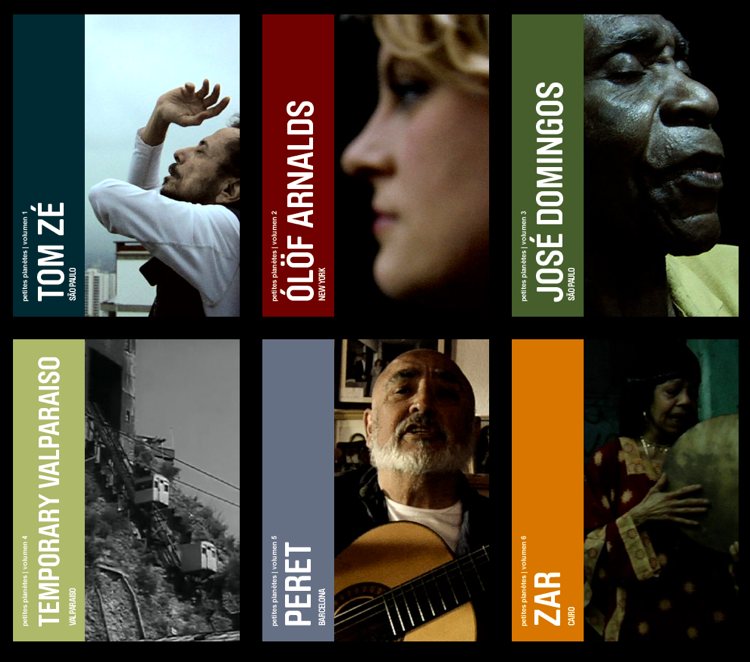 Is it possible that there are other filmmakers working as hard as Vincent Moon? If he’s not documenting Efterklang’s return to the island of Als, he’s trekking through Columbia with Lulacruza exploring the country’s musical diversity. Well, things must be getting a bit slow for Moon because he’s just launched the nomadic film and music label Petites Planètes:

“This project is made as a life experiment on nomadism, involving the internet tool on many levels, trying to question the means of film production in general, and doing this all without much money involved – all this project is made only under donations.

This new collection of films and audio recordings will focus mostly, but not only, on very diverse musicians around the world, from old legends to rare and unknown characters, from Egypt to Colombia, from Brazil to Iceland, and much more. After 5 years working on the Take Away Shows with La Blogotheque, la collection Petites Planètes is launched as a label trying to uncover some other sounds and cultures, and offer them in the most beautiful website we could build.”

“I have been travelling in such a way for quite a long time now, mostly without any money, being hosted by various persons around the world, being invited to diner to talk about images and sounds, being making films because someone asked me to document their favourite musicians, or including in my improvised local shooting teams people who wanted to help and have a good time.

So what do i mean with this ‘PARTICIPATE’ thing?

I really mean, please, propose me some ideas for films you would like to see, invite me at your place to make a film together, produce a film you want me to make about your favourite musician, or participate in my ideas by offering me drinks in your favourite bar, around the corner. i love to travel, I live on the road, so it might happen faster than you imagine.”

Alongside the site, Moon is applying the successful Private-Public Screenings concept (which supported the release of his An Island Efterklang film) to ALL his work; past, future and even unreleased. Simply sign up to host a screening. In addition, outakes that don’t form the part of the core Petites Planètes content will be made available via the site.

Petites Planètes is completely donation funded, so if you like Moon’s work as much as we do throw him a little cash to keep the lights on and the films coming.