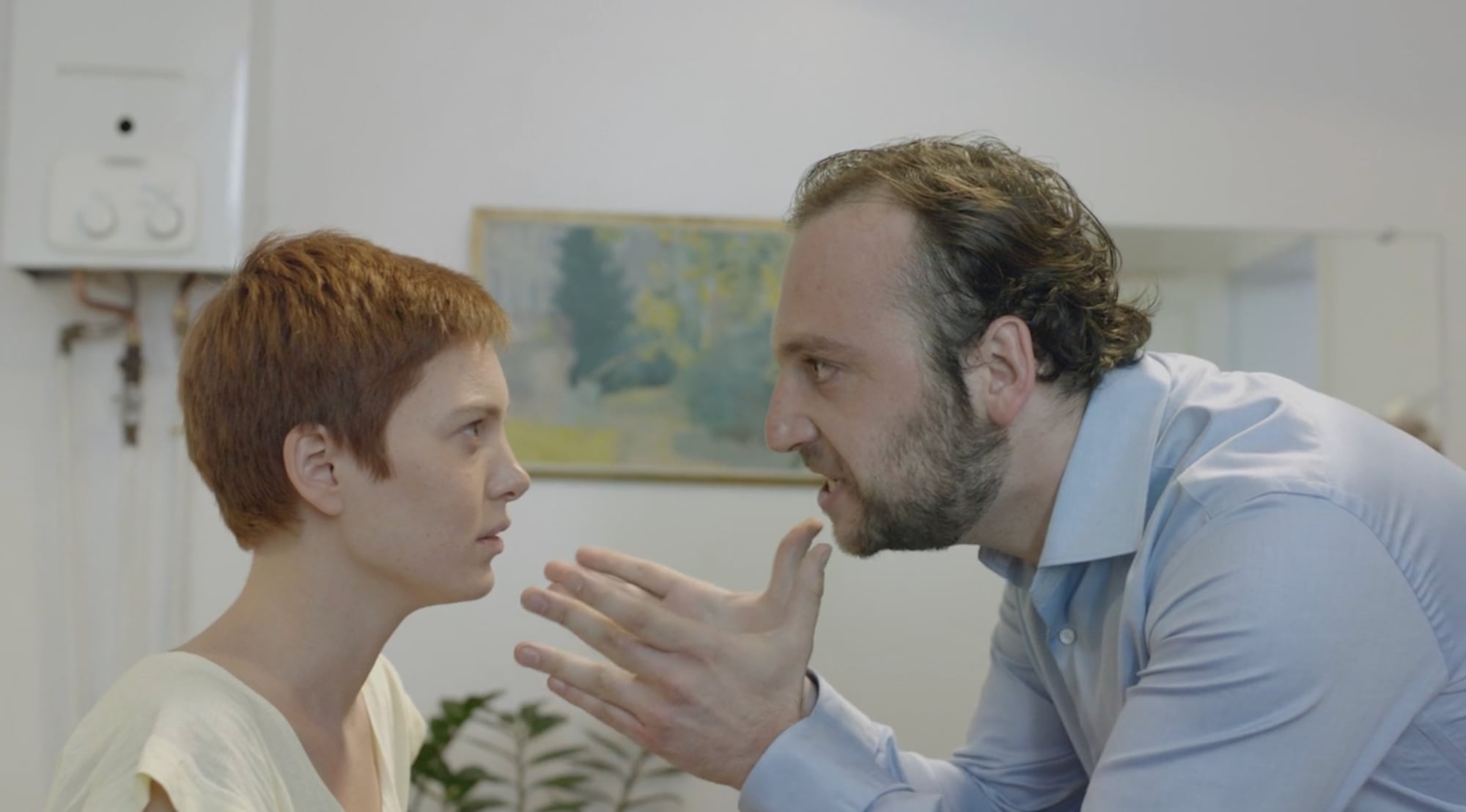 FRED et marie is a hard-hitting French-speaking drama about an abusive relationship that tackles the tough and sensitive subject of domestic violence (here more mental than physical) and does so in a way you can’t ignore.

Fred, the extremely controlling male counterpart to the timid Marie, returns home from a jog to find his wife preparing dinner for their five-year anniversary party later that evening. Fred belittles Marie, builds her up and then rapidly kicks her down again into despondency within his first minute through the door. It’s all too clear that this has been a regular pattern throughout their marriage.

Directed by Belgium duo TheDeck&Lenitch (Nicolas Dedecker & Arnaud Petit) who also helm follow up short Marie et Fred under LOVO Films, the pair bring this heartbreaking kitchen-sink drama to life through a slow-paced technique that is full of telling moments which paint the larger story of the couple. We see Marie ordered to uninvite one of her best friends from the get together because Fred doesn’t like her and she obeys, shifting the blame to herself under the pretence of a confusion about numbers. Her original choice of attire, a fetching little red dress, is deemed inappropriate “You look terrible in that dress”, and a sanctioned choice is picked out for her by Fred. It is here that Fred displays his true colours, lambasting Marie to tears and further illustrating their power roles within this relationship, an imbalance which is also subtly communicated in the film’s title.

There are some great performances in this film, especially from our leads Marie Castolli and Fred Courtelles who are both extremely believable in their relative roles, conveying the relationship’s sense of danger and entrapment. FRED et marie is a thought-provoking, no holds barred tale about psychological violence, insecurities and vulnerability. The film ends with the chilling pronouncement that for 1 couple out of 8, this is not a fiction, hopefully the real world Marie’s out there will find the courage and support to wear their red dresses right out the front door.