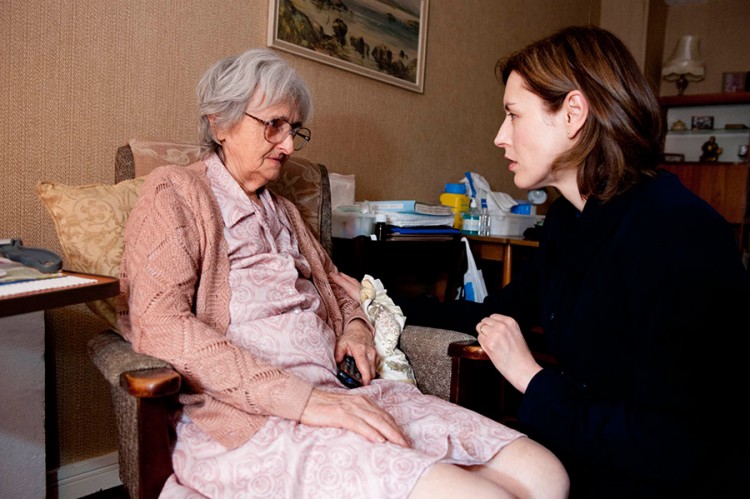 Amanda Boyle’s temporally shifted love story Skirt was amongst our favourite work of the 2012. She joins us today to discuss new film Care, a short about a middle aged district nurse who having fallen out of her own life, becomes increasing involved in the lives of two very different women.

Middle class and middle aged, district nurse Natalie has become trapped in an existence of meaningless routine until she’s drawn into the lives of two very different women – Elsie, an elderly lady nearing the end of her life and Sammy, the young girl next door, who seemingly has everything to live for. As Natalie’s own ordered world slowly begins to unravel, the white noise in her head starts to seep into the worlds of the other women with Natalie’s dreams and fears colliding with their realities.

There were lots of themes that resonated with me. It’s much darker material than I’d approached before & that was interesting.