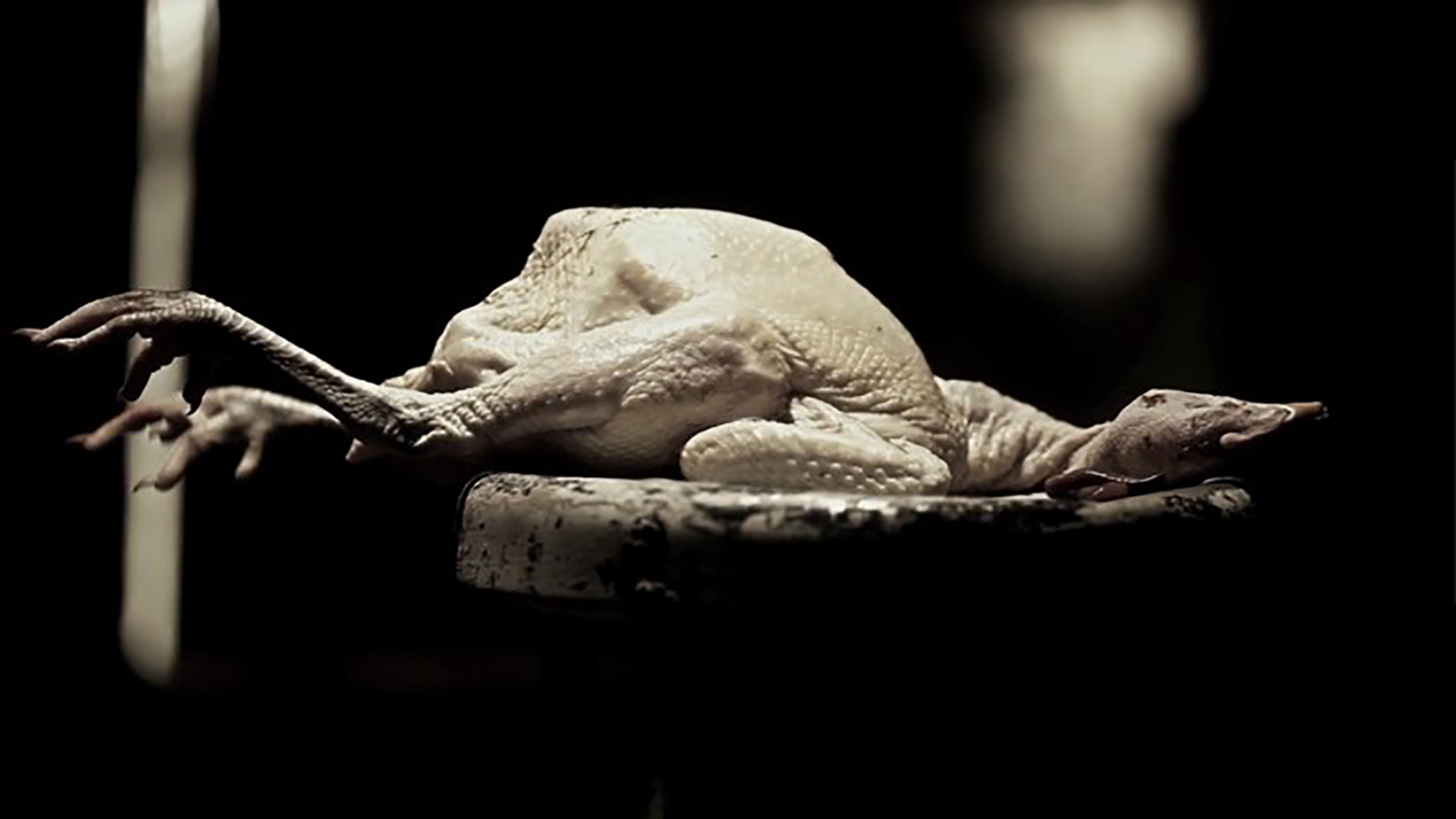 Still-life comedy props come to life in an exploration of what’s funny. Maybe not what’s “funny, ha ha'”, but more of what’s “funny about the way this milk smells”.

You may remember Nickolas Duarte from our interview with him for surreal short What You Need, but a melancholic monkey boy looks positively run of the mill in comparison to his ‘shitty art movie’ Joke. I would tell you more about it, but it’s probably best to let Nickolas set out the on-set scene:

“This project had like zero money and so we could only rent out a shitty basement in what appeared to be a one time meat packing factory.

Which was fine. It actually fit the atmosphere perfectly. We arrived super early in the morning (which is anytime before 9am) and set-up in the moldy facility downstairs.

About an hour into the shoot, during our “chicken” scene, a half naked model walks by. I said “Hello” with my fingers partially inside a dead chicken (nothing weird, I was just stuffing it with earthworms.) “Hello” she said back and then went up the stairs.

As we were scratching our heads with salmonella, another bikini-clad model walks by. And another and another. The third one looked at us in disgust (I have no idea why), and asked “What are you doing?”

“Why is there a dead chicken?”

I decided to poke my head upstairs. The owner of the facility neglected to mention that on the main floor there’d be a major photoshoot all day. There were probably 2 dozen or more models walking around. Several photographers. Hair, make-up, stylists and wardrobe people. I locked eyes with a photographer my age. I was filled with anger and confusion. Somehow through a series of life choices, he was taking pictures of beautiful mostly naked women and I was wrapping a 2 day old dead chicken in worms.” 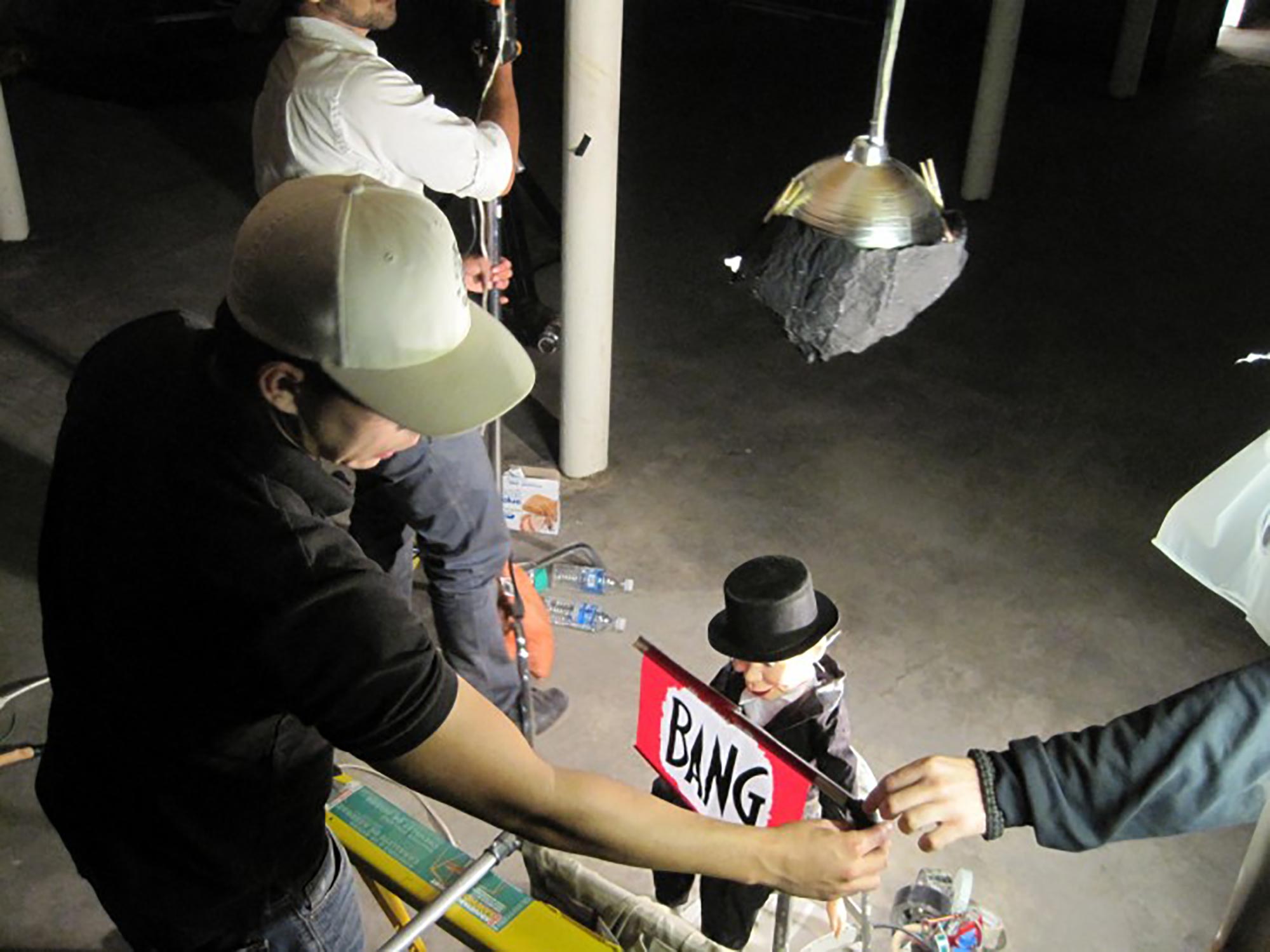 In case you hadn’t gathered, Joke is very weird and probably best not viewed just before dinner.