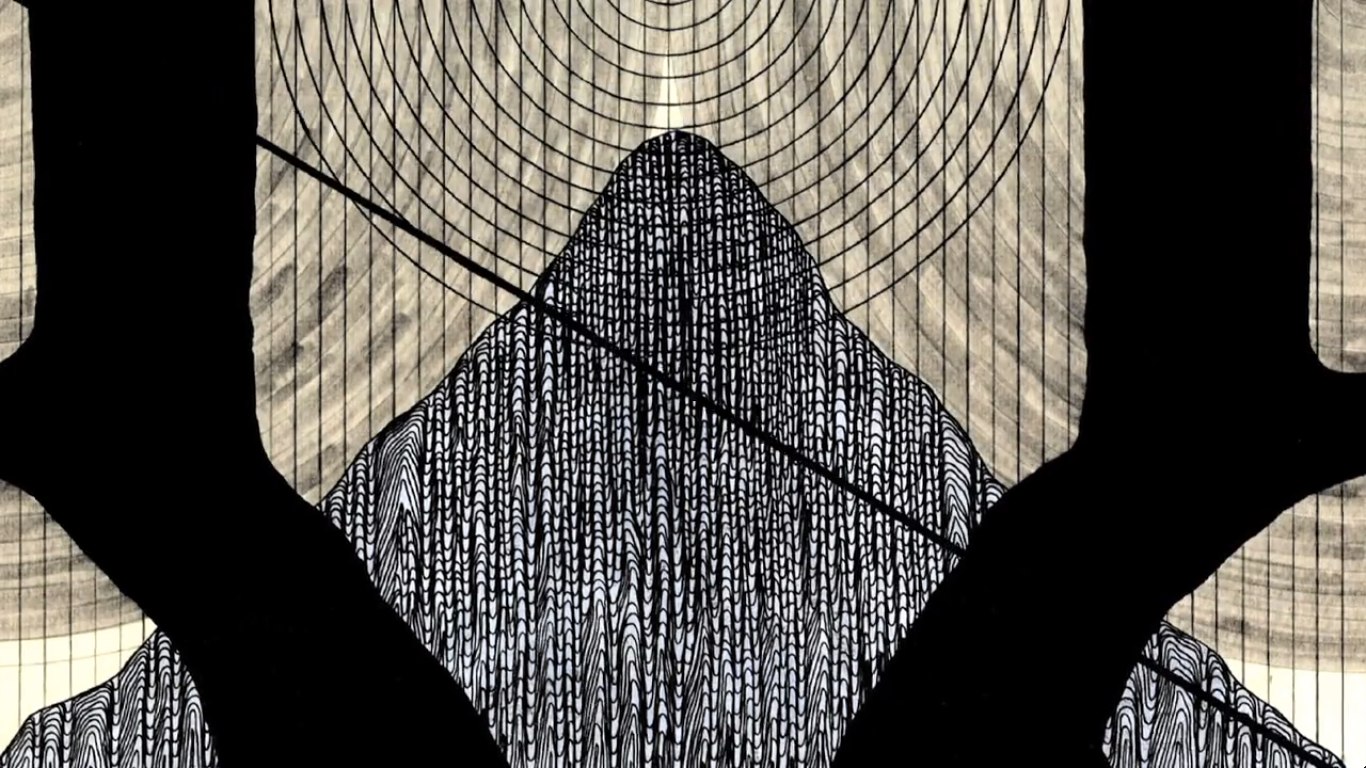 Fears of inspiration being merely a fleeting partner provided the creative spark for Emanuele Kabu’s previous short Mail, and once again the filmmaker turns frustration (this time insomnia) on its head and into an alluring piece of animation in It’s Called “Moon”:

“It’s called “Moon” was born during the making of my previous video Mail. I wanted to work again with text and with the idea of ​​this ‘permanent’ image (in fact the beginning of the video is similar to the animation of Mail). I made 1527 drawings (to be specific 1527 variations on the same drawing) and then I simply mounted them one after the other, adding the parts of the text. It has been done in the last 3 months. I think Mail, It’s called “Moon” and the video I’m working on now can be considered a sort of a triptych.”