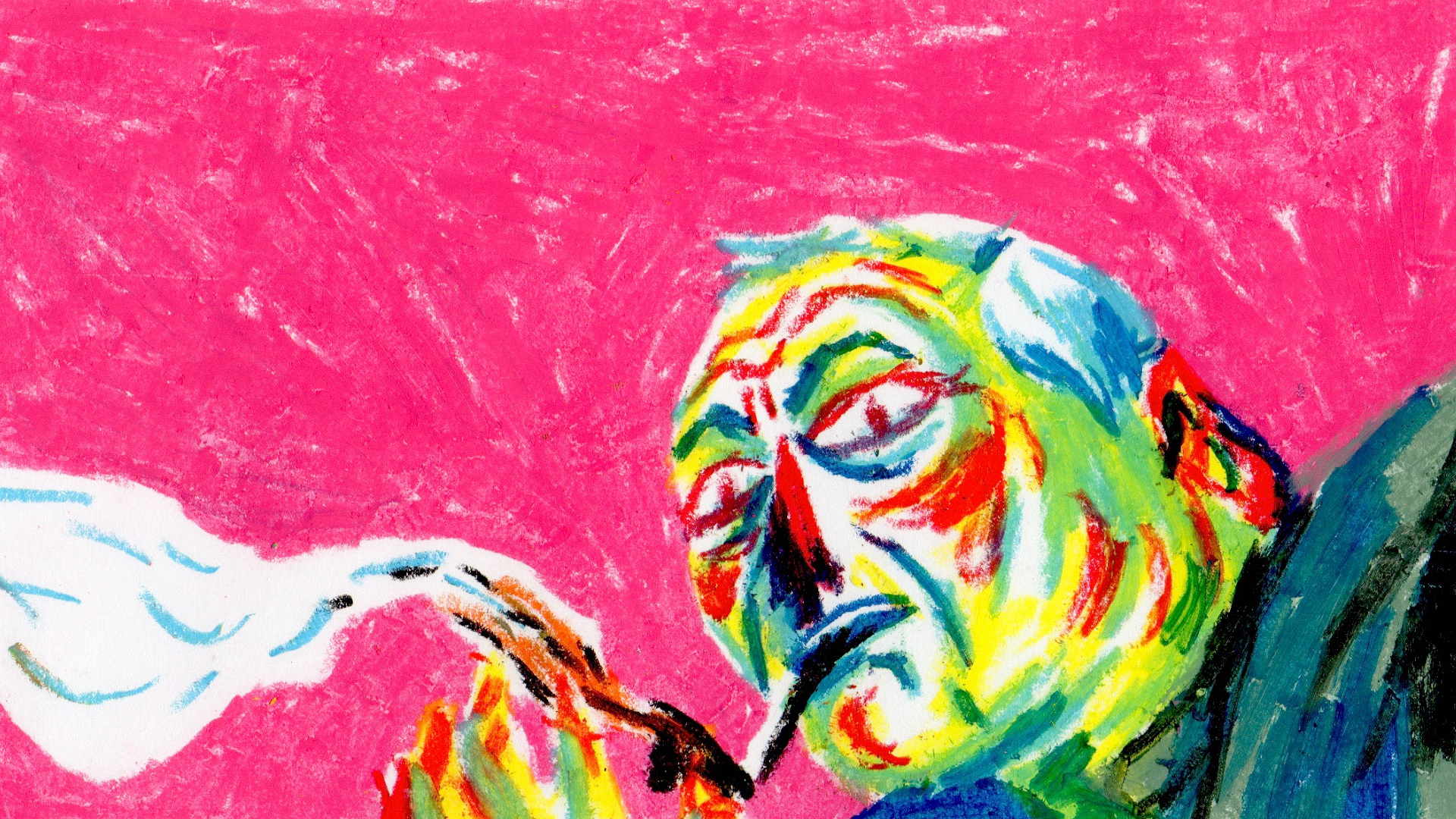 With the 2014 RCA show concluding at the end of June, we thought July seemed like the perfect time to catch up with some of the graduating animators from the college to find out a little more about their final films. As we stated in our round-up from the 2013 show every year students from the RCA turn out some of the most exciting and innovative short film work you’re likely to come across in the world of animation and every year we eagerly await a chance to see them. Unfortunately, we have to wait at least a year until we can actually see the final films appear online (we’re still waiting for the 2013 films to appear online), but in this series of articles we’ll give you an insight into some of our favourite films from this year’s batch – starting with Marcus Armitage’s My Dad.

Inherited opinions. Inherited isolation.
A short film depicting a Dad’s influence on a young boy’s life. His judgemental character mixed with the boy’s fondness for his dad prove to be a toxic mix that tears away at a world of opportunity and experiences.

Having first become aware of Marcus’ work when I saw his film Over Dinner on Vimeo [a short I always regretted not covering on DN], his film was one of the first on my ‘to watch’ list at this year’s show. Catching up with animator after the show, we spoke about the concept behind his film and the blood, sweat and tears he put into making it:

I would describe my film as somewhere between documentary and fiction. A film created from personal experiences, of my own eye opening journey of moving to London, and the prejudices I see around me either in people I know or things that I read see or hear. The film is almost a cross section of a young boy’s life, at a point of realisation of how his father is affecting his surrounding environment. We move through 3 different moments of his life that crescendo in the reveal of the photograph at the end. The documentary aspect comes from me wanting to highlight that this is an issue that is very real and there are many children so wrapped up in this world that they cannot begin to experience for themselves. What really spurred me on to make this story was that final photograph taken by Stefan Wermuth. I struck upon it while researching inherited racism, and it was so powerful I knew I had to use it somehow. 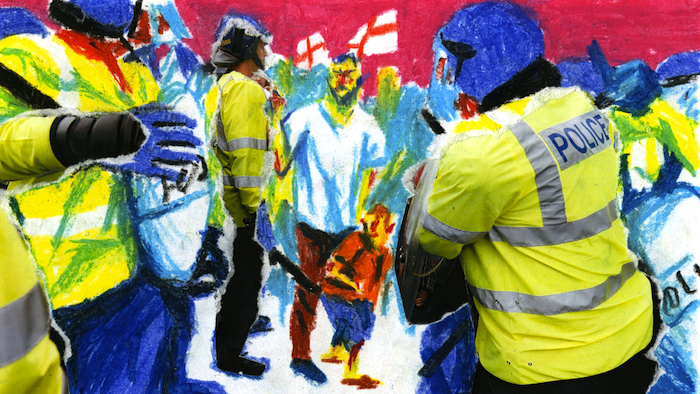 I wanted to create something intense and powerful for the scenes which form the child’s point of view inside the developing protest/riot. Oil pastels were such a perfect medium for this, they were quick and expressive and were the boldest colours you could get! Of course, as soon as I started to storyboard I realised that there was no way in hell I would actually finish it with this method so I had to think differently. In the end I used TVPaint to animate the whole film in simple black and white lines and used back projection onto my light box to art work everything in the oil pastels. It allowed me to animate the big camera moves and give me a more straight forward job when it came down to colouring.

I wanted people to see the tears, smudges and finger prints.

I like the idea of everything being under the camera, and I made sure I physically tore the paper frames in the latter scenes of the film. I wanted people to see the tears, smudges and finger prints, and the paper to be damaged by the act. The last shot tearing was animated by my classmate Jonathan Long, I decided to use his expertise with handling cut-out animation as it was a very important scene. It was great fun to see someone else working on the film and it all come together even better than I imagined. I also had Diana Gradinaru animating and colouring scenes for me and Noriko Ishibe doing inbetweens, and I wouldn’t have been able to do it without them!

I was working on a very different film for the first part of my graduation year, and only started on this film after Christmas so all in all it took me 6 months from concept to final piece which I am pretty happy with. It was a quick dash to come up with something once I had scrapped the other idea, but I went with it and kept developing it, and the film changed all the way until the week before it was finished. I stopped working with an animatic and just went for it, animating bits and slapping them together in Final Cut. It was a really interesting experience, and eye opening as to how powerful editing and rearranging can be which is something you don’t often get to do with animation.