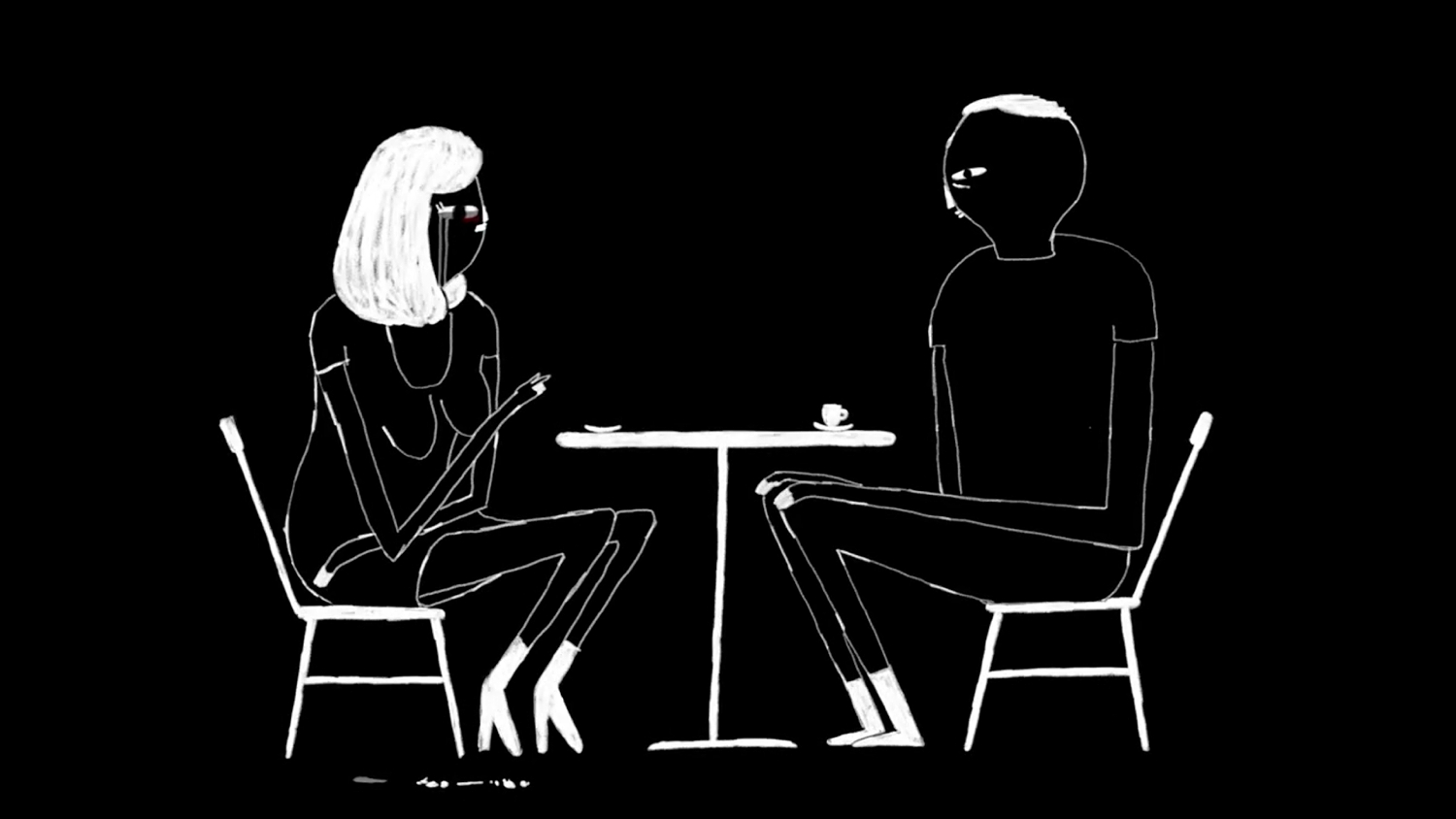 With the 2014 RCA show concluding at the end of June, we thought July seemed like the perfect time to catch up with some of the graduating animators from the college to find out a little more about their final films. As we stated in our round-up from the 2013 show every year students from the RCA turn out some of the most exciting and innovative short film work you’re likely to come across in the world of animation and every year we eagerly await a chance to see them. Unfortunately, we have to wait at least a year until we can actually see the final films appear online (we’re still waiting for the 2013 films to appear online), but in this series of articles we’ll give you an insight into some of our favourite films from this year’s batch – next up Isaac Holland’s La Petite Maison.

A young man can’t help but see his girlfriend as various objects – including a french tart. Perception, misunderstanding and indifference are explored in this darkly funny animation about the foibles of romance.

If you’ve never experienced the work of Isaac Holland before, he’s an animator that doesn’t shy away from tackling some pretty meaty narratives. Previous films, Some Bird and IT’S NOT YOU (C’EST PAS TOI), tackled birth, death and love in their brief durations and seem to be as interested in discussing theories of life, as they are in entertaining. His graduating film La Petite Maison carries on in this vein with a thought-provoking narrative revolving around relationships. DN caught up with the animator to get an insight into the concept and production of his latest short film:

It’s a black romantic comedy. A tale about a man who sees his girlfriend as objects, in particular, a French tart. He is tormented by his perception of her and the film takes you through the key moments in their relationship, fragments of their surreal togetherness. Perception, misunderstanding and indifference are the concepts that run through the film. These concepts have manifested from old relationships or interactions with lovers. I tried to write objectively about these themes though, so I wouldn’t say it is an autobiographical film. There are snippets of me there, but I think I prefer to immortalise other people than myself these days. When I was in the writing stage, I jotted down things people said from conversations I had. I haven’t got a great memory so this really helped when I was pulling the script together. I felt like socialising was field work at times.

I like how filmmaking or art can grab hold of something and immortalise it forever, something which would otherwise be forgotten.

From writing to exporting It took six months to make. Apart from Adobe Premiere for editing I just used the Lino crayon in Photoshop to design and animate everything. I wanted to keep the production as simple as possible. I found a work flow I was comfortable with and kept to working within those limitations. My work flow was incredibly simple and the script facilitated the minimalistic film I wanted to make. I had seen the previous year graduates make their films. I couldn’t recognise some of them by the end, they were shells of people. I wanted to try and enjoy my filmmaking process, at least some of it. I had to create a working environment I was comfortable in and while challenging myself still playing to my strengths.

I think the RCA taught me how important it is to work in the correct way. Just working hard isn’t always enough.

Making this film was by the far the most challenging thing I’ve ever had to make. I think being the the director, animator, designer and writer takes its toll. You learn so much, but it completely absorbs your whole life. I was lucky to have the incredible musician Julien Lussiez and sound designers Rob Malone, Rob Szeliga and Ben Hensor to help me to the end. It was my first experience of working with people. It really awakens you to the art of directing. You really have to trust the people with your work and try and come across as a calm composed person that knows what they’re doing. I’m not sure I did, but I do now.

The film has been slowly making its way around the globe since we last spoke. It’s world premiere was at the Chicago International Film Festival. It’s an amazing festival in a beautiful city and there were so many great films there. The American audience are so receptive, which makes It a really lovely place to screen. Next it went to the London International Animation Festival, which was held at the Barbican. After that it picked up the ‘Best Student Film’ Award in the Animated Dreams Festival in Estonia and soon it’ll be in Seoul at SICAF.

I finished writing this film more than a year ago now. There’s no real formula to the release date. I only really kept it back this long because the college prevent us from releasing it because of festival rights, the big ones like BAFTA won’t allow you publish your film online. I also had a few festivals I wanted to submit to, I knew after those I was going to release it. Not many films get better with time anyway, the longer time passes, the more dust it collects until it becomes that embarrassing thing you made at art college. I like to get my films out into the stratosphere or under the sea, wherever the internet lives and the audiences gather.

I’m enjoying life after the RCA. Living life as a 2D animator for now. It’s nice to draw for a living, I never thought I’d be doing this, before the RCA my only jobs were as a waiter in restaurants. One of my first jobs after the RCA was for Tetley Tea. I worked as an animator, but It was basically colouring-in! At the time couldn’t believe someone was actually paying me for that!

I have been trying to attend the festivals between freelancing at production studios in London. I normally get a bit of time between jobs to concentrate on my personal work. At the moment I am making a comic about a man who marries a melon. Comics are quelling my cravings to make another short film for now while I pursue the commercial animation career path. Making comic books involve a lot of the things that I really enjoy about making animation shorts (designing and writing), but none of the pain and sweat (animating!). However there is no doubt in my mind that I will make another film in the future, that is after all, the most important thing to do.