Based on a short story of the same name, Armen Antranikian’s film The Girlfriend Game, sees a couple’s cruel bait and switch titillation role play spiral into a dark place which threatens the stability of their not as liberal as they thought relationship. Antranikian guides us through the production twists and turns of his psychosexual journey and explains why movies and sex are the best of (conceptual) bedfellows.

This might sound pretentious, but I tend to equate a good movie to sex. In the first act you become entranced by the characters. Following them, watching, and waiting. Then, finally, someone makes a move. The second act, like foreplay, should grip the audience. Focusing on the goal at hand, building tension, and pushing boundaries, as it leads to the climax. The resolution, one could say, is like laying in bed, post coitus, with a cigarette in your mouth. And since I’ve got a shitty sex life, this stuff has become the focus of my filmmaking.

I met Sophie Kargman, the lead actress in the film, through a mutual friend. We worked on a little short film called Nail Polish together, while I was studying at the USC School of Cinematic Arts. We enjoyed collaborating, and when it came to finding a new project she introduce me to Nick Antosca’s short story, The Girlfriend Game (which was published by Wort Riot, as part of Nick Antosca’s short story collection of the same name). Nick had written The Girlfriend Game many years ago while living in New York, before moving to Los Angeles, and starting a career as a television writer. Sophie knew him back in college, and they had previously already made an attempt to adapt the story into a short film, but it didn’t pan out. 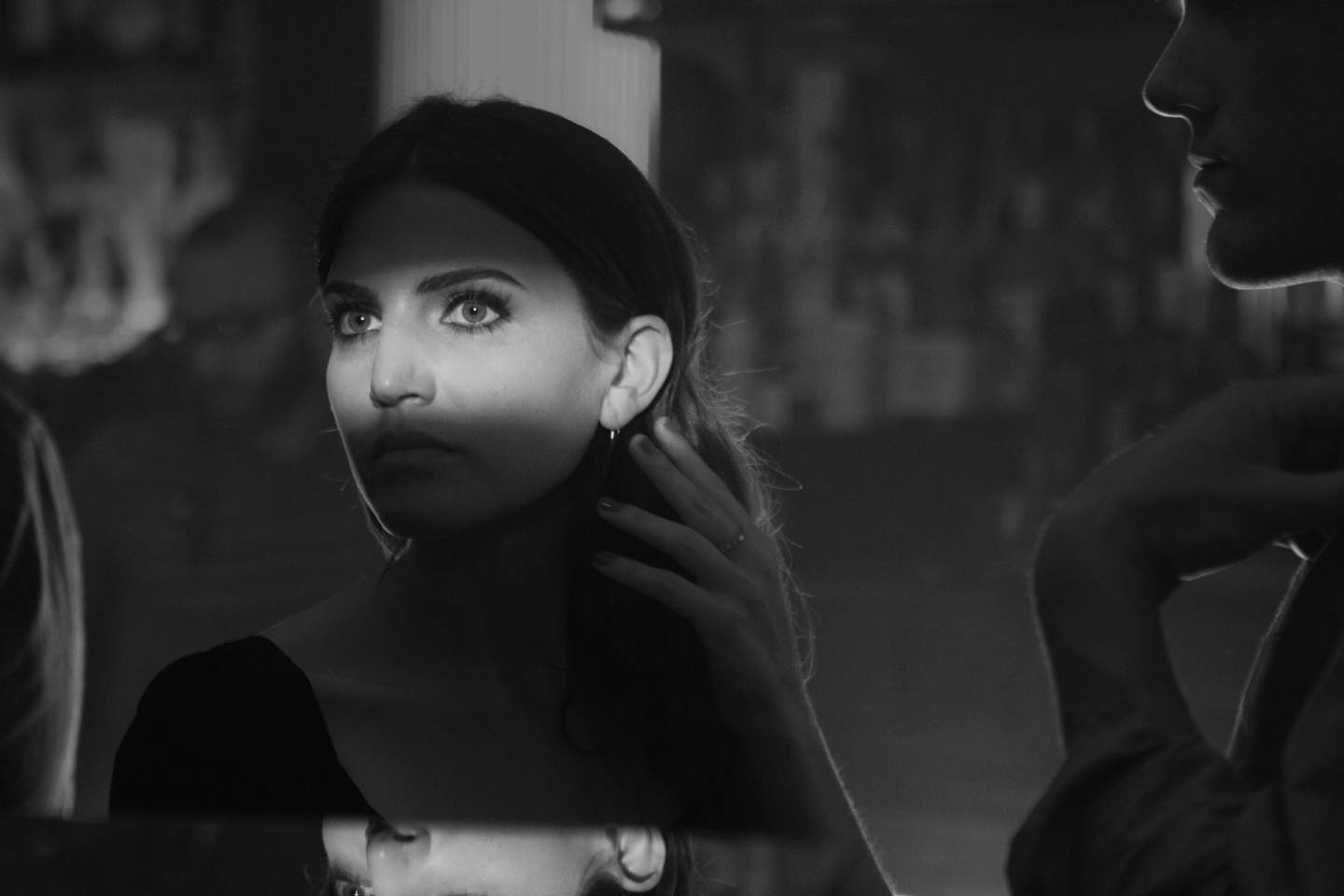 When I read the short story for the first time, I could see the film play out in front of me, and knew instantly that I wanted to make a film out of it. I fell in love with the concept, how elegantly the story builds to the climax, and how it takes a simple idea to an extreme. While the story felt self-contained, it also addressed many of the themes that I’ve been interested in for a while, but hadn’t had a chance to explore yet. I had previously made a couple of smaller short films that dealt with similar themes of alienation and modern relationships, but I had never fully tapped into the dark side of it all. This project became an opportunity to explore themes like jealously and obsession further, and show a different side of me.

There was already an early draft of a script which we used as a springboard, and continued to develop further into what would become the shooting script. One of the challenges we were facing is that the short story is set in New York, and at first it felt a bit forced trying to translate the story to Los Angeles. But as we continued working on it we came to realize that setting the film in Los Angeles actually elevated the story. There is something inherently cinematic about loosing touch with someone in a sprawling city like Los Angeles, and pinning a dreamlike story against the Hollywood Hills, a place that always felt a little enigmatic and almost haunted to me. While in a short story it’s straightforward to set up the rules of a game through first person narration, we didn’t want to make too much use of voice over in the film. I decided to look at the beginning of the film as a short two-minute prologue that feels like a commercial for the “girlfriend game”, presenting it in a heightened form. Our objective was to convey the excitement of the game, and get the audience immersed as quickly as possible, allowing for a stronger several in the end of the film. 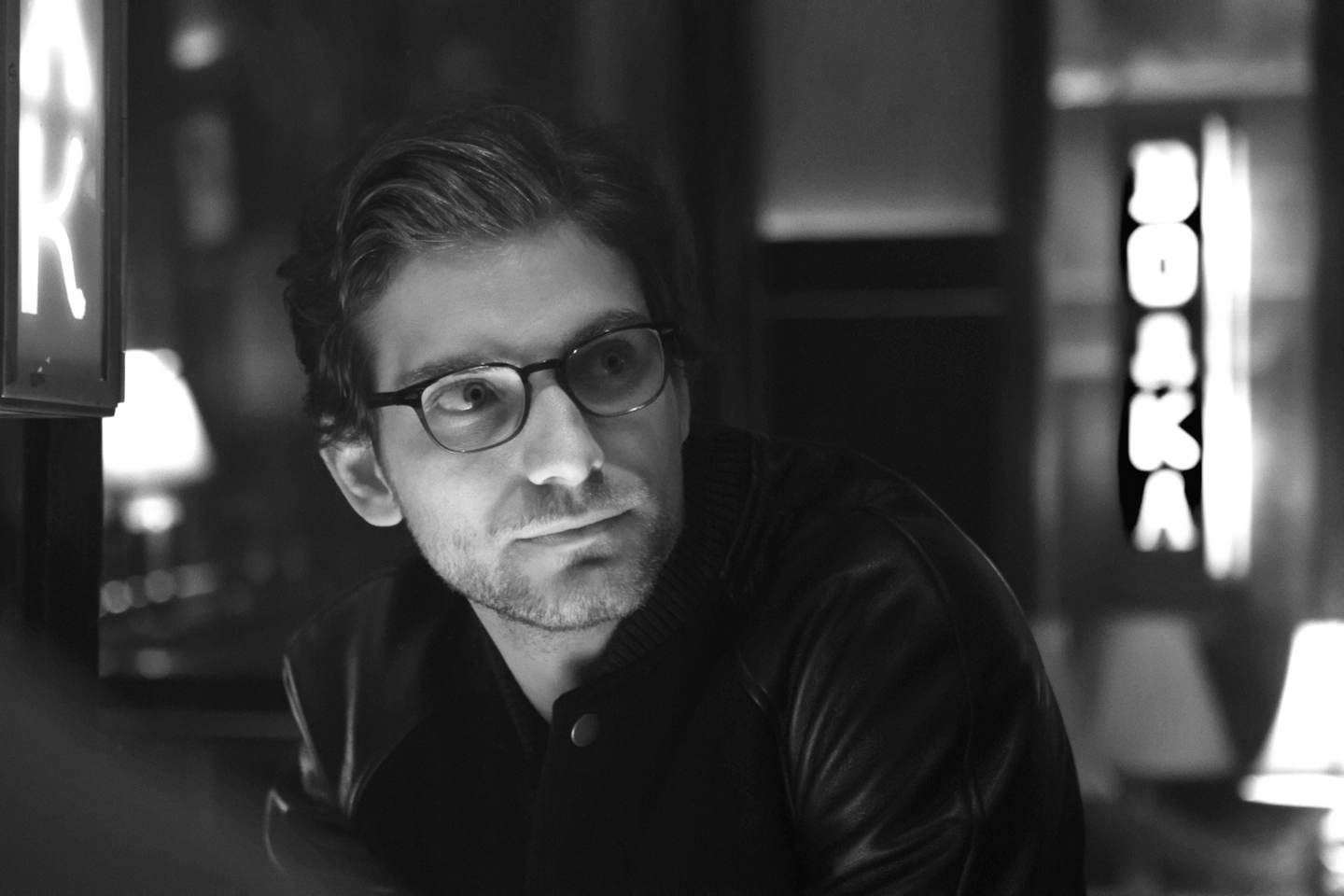 When it came to casting the lead actor of the film we didn’t have to look far. Sophie at the time was dating Jeff Ward, who we then cast as Ben. Their off-screen relationship added a weird realism but also a heightened tension to the process. The rest of the cast, including Ryan Eggold (The Blacklist), Sarah Roemer ( Disturbia ), Spencer Treat Clark (Mystic River), are all friends of theirs.

This project came to me at a perfect time because I was looking for a way to break out of the film school bubble. I needed a project to build a team that I was genuinely excited to collaborate with in the long term. It also gave me the experience of working with a writer, which personally, I found to be much more liberating than working on a script that I myself originated. One of my objectives was to explore ways of working with pre-existing material but bring my point of view across though this restricted framework. It’s amazing how much one can bring to a story without writing it. Often times, when writing and directing at the same time, I find myself trying to protect the words in the script, and making sure that the ideas I initially had end up on screen. I found that by working with a writer, my role as a director becomes much more about elevating the story through sounds and visuals, allowing me to focus purely on the the filmmaking process. It creates a different kind of emphasis, one that allows one to invest mental energy into every detail of the process.

Stanley Kubrick’s Eyes Wide Shut is a film that has always fascinated me, party because it holds a great amount of mystery, but also it’s one of the few films that explores themes like jealousy and modern relationships in a truly cinematic way. Another influence is Hitchcock’s work, some of which, like Vertigo, have a very dreamlike quality to them, or Rear Window, that are all about voyerism. Another film I drew inspiration from is David Lynch’s Muholland Drive. There’s just something interesting about the way he portrays the Hollywood Hills as a haunting place, almost as if it’s an alternative reality. I also learned from Roman Polanski’s work quiet a bit, especially Repulsion, which I think is the film where he plays most with subjectivity, allowing the audience to enter the character’s mind.

One thing that drove a lot of my creative decisions was this idea of creating a portrait of a couple that is addicted to a game. I approached it as an objective perspective on people who hurt each other as a way to get closer and more intimate. In contrast to that, I wanted parts of the film, especially the climax, to feel as subjective as possible – as if we’re in the protagonist’s point of view. As I followed this idea through, I came to discover a progression in the film – that we’re basically witnessing the couple as disconnected units in the beginning, as seen in the bedroom scene, and we gradually move into his point of view, allowing us to experience the story as internally as possible. I was also thinking a lot about how time unfolds throughout the film, and it felt natural to make the film feel fragmented and contained until we get to the scene at the house. I wanted that part to play out as if it’s captured in real time, almost like a sports event, making the audience feel as immersed as possible. Looking back, I feel like every creative choice we made was somehow centred around the climax of the film, ranging from the color scheme, to the use of music and sound design.

We had a few rehearsals before the shoot, in which Jeff, Sophie, and I explored the scenes together, and ironed out some hiccups before getting to set, which was essential since we had to shoot the film relatively quickly, in three days. Christian Sprenger, the cinematographer, and I spent a lot of time planning the shots and angles, through extensive shortlists, and floor plans. This process allowed us to save a lot of time during the shoot, because we knew exactly what we were looking for. Christine Melton, who produced the film alongside Alejandro De Leon, was involved in every step of the process, and helped pull together a lot of resources. The production itself was a creative endeavour, since we had very limited resources for a relatively ambitious short film, that was shot mostly at night, and included extras, multiple locations, and driving shots. It’s a real challenge shooting a small film in LA, since everyone is used to productions having substantial resources, including the city itself, and location owners expecting high fees. We ended up scrambling for locations on Airbnb until the last minute, and I must say we were really lucky ending up with these amazing locations, since so much of this film is defined by the environments it takes place in.

While the development and production took only two months, the post-production was by way the most tedious part, taking around six months. Admittedly, it was partly because people couldn’t afford to work on it full-time, but also I took my time with it because I love that part of the process. One finally has the chance to really obsess over every detail, making sure every decision in the editing, sound design, and music is considered. Noah Kistler, who I went to film school with, edited the film. He has a background in editing film trailers which I always liked in connection with this film, since I always wanted the film to feel somewhat fragmented, and edgier than traditional narrative films. Benton Corder was in charge of the sound design, and through a lot of back and forth, we found elegant ways to achieve some of the objectives I wanted through the means of sound, for example moving between an objective and subjective point of view, and creating a world that feels rich, immersive, and heightened at times.

When looking for a composer, I reached out to Daniel Hart through his agent, who had seen the film and really liked it. Daniel is the composer of the score for David Lowery’s Ain’t Them Bodies Saints, one of the best scores I had heard in a while. However, what made me really want to work with him is the music of his band Dark Rooms, which is very close to what I had in mind for the short. Daniel is based in Dallas, so that meant most of our communication happened via Skype. We talked a lot about music that inspired us, and I shared my references for the film with him, which included music centred around Brooklyn label Tri Angle Records, in particular the music of Holy Other and Forest Swords. One of the challenges we were facing was to create music that could serve both as source music but also score music, so that a track could elegantly transition from non-diegetic to diegetic music. I liked the idea that the music would occasionally take over a scene, making us feel like we’re watching a music video of sorts. While Daniel had to create a lot of snippets of tracks to use in the film, he ended up creating full songs, and even a couple of other tracks that are were not meant to exist within the film. We released the entire album, also called The Girlfriend Game. Here’s the full soundtrack: