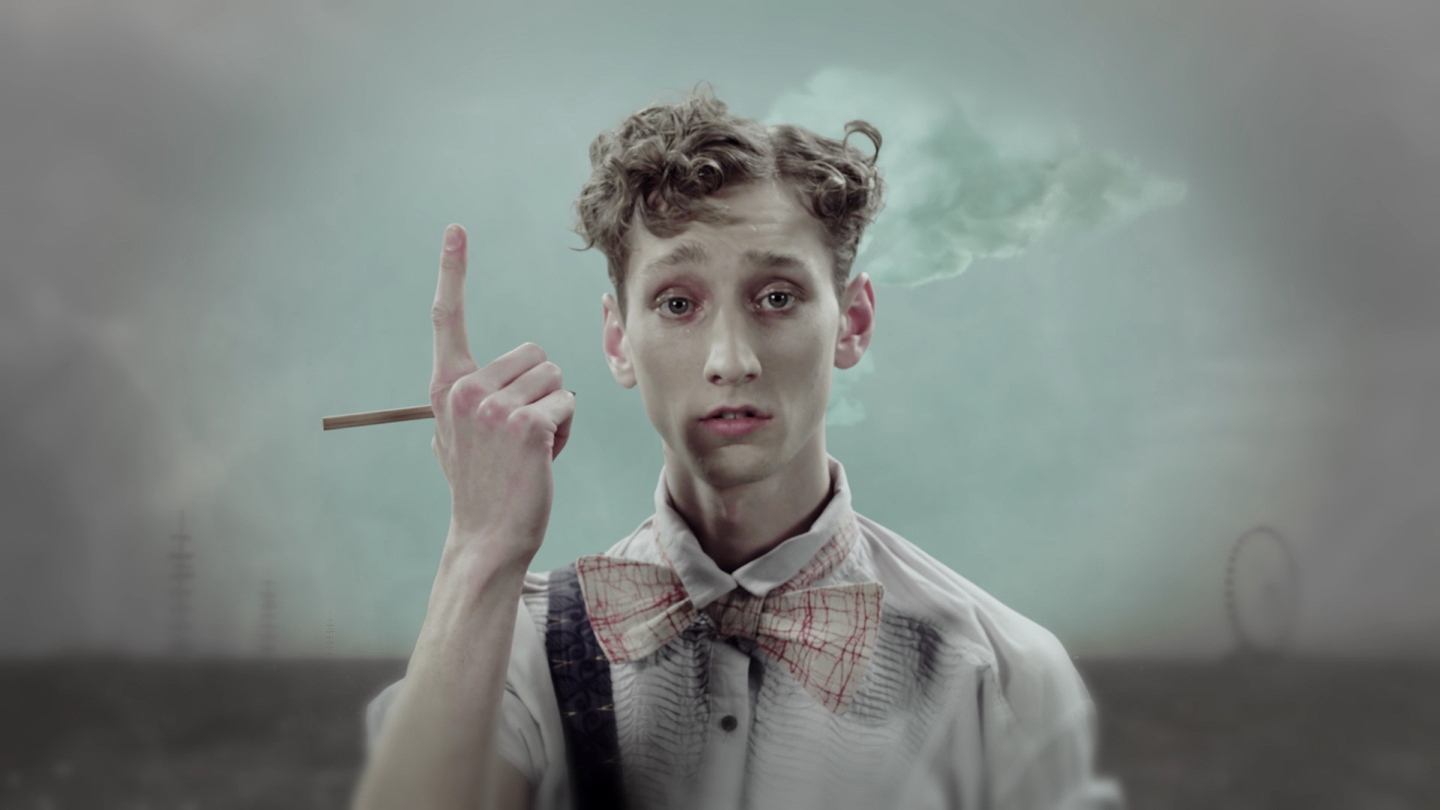 In Chapter One of Director and Choreographer Shelly Love’s fantastical tale The Fallen Circus, players and performers tumble and fall through the frame as they plummet earthwards in an enchanting configuration of rolls and summersaults after being cast out of their home by an evil Ringmaster. Love reveals how she drew from her background in dance and art to develop a narrative rooted in the physicality of the performers she worked with.

With your artistic grounding coming from the world of dance, how much of a leading role do the time and spatial elements of your stories take when developing a narrative?

I either write the script separately before hand or in response to the outcomes of a devising process. It depends on which language is the leading voice in the work. For example in The Fallen Circus I wanted to combine script, movement and music so a number of processes were involved. How I approach the creative process totally depends on the circumstances and limitations around the project. When working with the circus artists it made sense to work with their strengths, as physical performers, working through a physical devising process to establish the choreography but also to find their characters and the story. In the story of The Fallen Circus The Ringmaster banishes the performers from his circus, much like a mean boss who sacks his employees. My aim was to tell this story through the body and my challenge was to appropriate the circus artists skills’ into this story. For example, through acrobatics we see the performers physically blown away from the circus by The Ringmaster rather than tumbling for tumbling sake.

My aim was to tell this story through the body and my challenge was to appropriate the circus artists’ skills into this story.

Chapter One of The Fallen Circus has recently made its way online but the project’s roots go back to 2008 and the work you did with the National Centre For Circus Arts. How did that residency come about and then develop in to this Wizard of Oz like narrative?

In 2008 I became artist in residence at the National Centre for Circus Arts, during my residency I was asked to work with the 2nd year circus degree students to devise a work for the screen. The director of education at the NCCA expressed interest in working with me as both a choreographer and filmmaker, as my creative process was appropriate and in line with the circus artists I would be working with. As the circus students specialise in specific disciplines – such as trapeze, juggling and tight rope – I was tasked to bring these individual circus skills together into one ensemble piece. I applied to Arts Council England to support the project which then allowed me to bring a professional filmmaking team into the process. I then entered into a two week research and development period working with the circus performers to physically devise and shoot the work. The result of this project is a short film entitled The Forgotten Circus.

Due to the success of that project I was asked to return in 2013 to work with a new set of 2nd year circus students. This time I brought Agnes Rabbit Dove into the process, a talented young actress who became the anchor for the story alongside Tom Gaskin the juggler who is one of the NCCA performers. Once again I wanted to put the circus into a different environment so I decided to shoot the performers against green screen and create the world afterwards in post. The result of that project is The Fallen Circus.

As with the majority of your work The Fallen Circus is an extremely stylised, fantastical piece. Were there any particular references you drew from for the film’s look?

I wanted the look and feel of the world in The Fallen Circus to be tactile and a little imperfect in order to keep a sense of the human hand in the work. For the overall look I referenced paintings and old hand tinted postcards. I then worked with Dan and Neil from Zeroh to create the artwork for the backdrops before bringing the look of the world together in the grade with Three Wise Monkeys.

Zeroh have indeed created a beautifully realised world for the story to play out in. At what stage did you bring them onboard and how did you work together throughout production and in to post.

Normally the SFX team would come on board before and attend the shoot, however unfortunately on this occasion we did not have a team in place. This is not recommended as obviously it has negative knock on effects in post. I had previously worked with Dan and Neil from Zeroh and got to know them personally over the years, so after the shoot I approached them to see if they would be interested in working on the project. Part of the challenge as a director is to be able to communicate the world you envisage and I felt that Zeroh would be able to create the aesthetic that I was after. They were quickly able to get on the same artistic page and they worked hard to create the painterly world I was after and to bring subtle additional narrative elements into the background, bringing the world to life. They were a hard working and dedicated team and I am grateful to have worked with them.

What impact did the SFX considerations of shooting against green screen have on the way you worked with your actors and performers on set?

Unfortunately I didn’t have the time to fully develop the story, rehearse and or storyboard so the performers really had to trust in the process. This is especially difficult when working against green screen as there is nothing for the performer or the DOP to creatively bounce off of. Personally I don’t enjoy working against green screen, as doubt can creep in when you are looking into that Kermit the Frog world. Luckily however, all the performers had great imaginations and they all threw themselves into the Frog Fog with abandon.

Personally I don’t enjoy working against green screen, as doubt can creep in when you are looking into that Kermit the Frog world.

Both Gareth Munden and Stein Stie provided cinematography for The Fallen Circus, was each DOP responsible for certain types of shots?

Stein Stie shot all of the group work at National Centre for Circus Arts with a SONY FS700 and Gareth Munden came on board at a later stage to shoot all of the drama scenes on a RED. 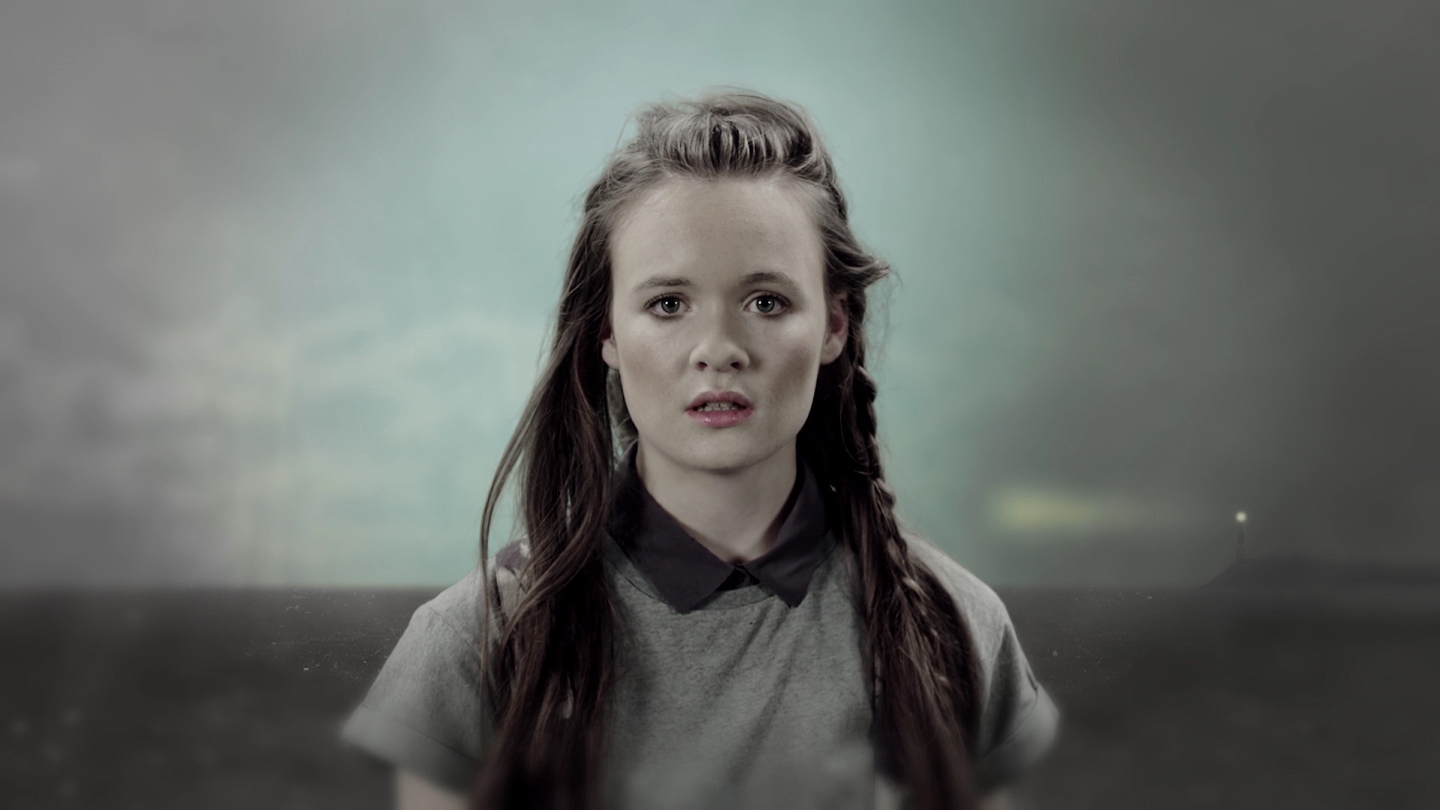 No circus film would be complete without a playful score and The Irrepressibles’ music fits the bill perfectly. What is it about their approach to scores that draws you to collaborate with them time and time again?

The Irrepressibles music fits naturally into the worlds that I imagine and I find that our collaborations bring creatively rich results. Their music is powerful, evocative and moving which provides the perfect musical backdrop to a film that relies less heavily on the script and is rather, more choreographic and poetic. Jamie Mcdermott of The Irrepressibles composed the music with his musicians in response to ideas and themes within the film and recorded live for the film, all to great effect. I feel really lucky to have the opportunity to work with such talented musicians in this way. Overall I feel the music works wonderfully with the sound design created by Andrej Bako who created another subtle narrative layer in the sonic landscape.

I know that you’ve already began work on Chapter Two of The Fallen Circus – any clues as to how the story will progress? Are there any other projects we’ll see from you this year?

It looks positive that we will soon begin the post work on Chapter Two of The Fallen Circus , please watch shellylove.co.uk for news. In the meantime here is what to expect in Chapter Two:

Agnes and Cirrus The Juggler traverse the sky in search for Agnes’ mum. Agnes learns that The Fallen Circus cannot get their voices back without the help of Cumulus the Clown but Cumulus has gone missing. Agnes tries to find Cumulus in order to reunite him with the special ‘Nose of Courage’ and they make their way to the ‘Circus in the Sky’ to take on ‘Cumulonimbus’ the evil Ringmaster…

Apart from The Fallen Circus I am currently in the process of writing and developing a feature film project.