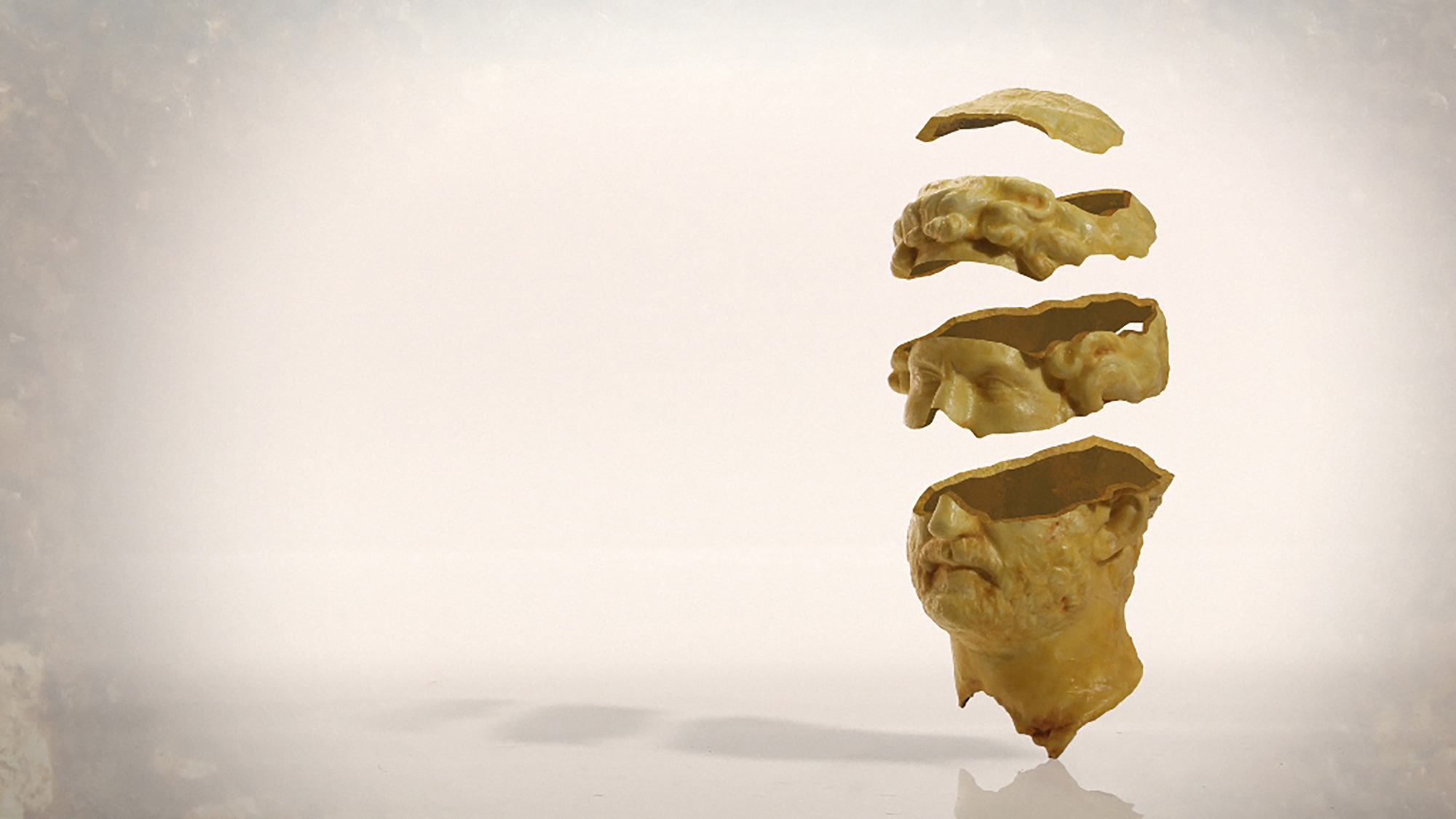 For me, a great documentary is one which has the power to draw you into an activity you had no previous interest in due to the filmmaker’s compelling and innovative presentation. Commissioned by The Israel Museum as part of their Hadrian exhibition, Kobi Vogman and Renana Aldor have created such a piece with their instructive and cinematic animation which lays bare the ancient lost-wax technique of duplicating priceless (not to say unpractically heavy) sculptures in brass. DN asked Kobi and Renana to explain how extensive research and a constant dialogue with the museum’s restoration curator led to their artistic and comprehensible mixed media film.

What was it about each others’ work which drew you to collaborate?

Both of us are attracted to minimalism and focus on the smallest details. However, each of us has a strong sense in a different field in animation. Kobi is very precise about how things move in the frame and the timing of the animation, while Renana is very focused and sensitive of the design and the filling of the film. Our decision to combine a graphic look with 3 dimensional objects is a result of our collaboration.

How did this commission with The Israel Museum come about?

The museum contacted us for the commission to make a film for the Hadrian exhibition. After a couple of meetings we came up with 2 concepts and luckily the curators loved both of them and gave us the opportunity to make a stop motion animation which is not always possible because of the budget. Ultimately we combined both concepts to suit ourselves on the budget and the time we had available to make it.

We had to simplify the main steps so the viewer would understand everything.

Were there specific requirements or restriction that you had to adhere to in the final film?

The main thing the curators wanted was for the film to teach how bronze casting used to be done. While working on the storyboard, we had to simplify the main steps so the viewer would understand everything. That led to a constant dialogue with the museum’s restoration department and visits to a bronze casting workshop near Jerusalem. Deciding to shape the mold as a cube, a very basic shape, and not as a shapeless solid is an example of simplifying elements in the process.

What sources did you look to for inspiration for the visual aesthetic and presentation style of the casting process?

We had a few references for the film, for example: Metropolis by Fritz Lang, we loved the changing of the face from a human being to a metallic robot. La Muse Endormie by Constantin Brancusi a sculpture of a autonomic head lying on the side. There were also a variety of different collage works.

Several props were created during production, how did these differ from the actual tools used in bronze casting?

As the real props in a bronze casting studio are really heavy, we couldn’t use them to create the animation so we decided to make small scale and much lighter props for the animation. The only real tool featured in the end was when the hammer shows up. We took that from Kobi’s father’s restoration studio. We wish we could have used the real tools from the museum collection.

How did your five week production process break down, and how were tasks divided between the two of you?

During the 3 week animation shoot we were together in the studio, for 12 hours a day animating with Dragon Frame, Dedo lights and a Kino light. At the end of each week we checked what we had and how we should proceed. During the 2 weeks of post, we first edited the whole thing and then Renana did the 2d animation while Kobi worked on compositing everything together in After Effects. In the final days we worked together again on the last and smallest details to make it look the best we could.

What projects do you have planned for the future, together and individually?

Together, we’re both looking to make more films in the educational and cultural area and simultaneously, each one of us is currently working on an art installation for an exhibition. We’re always happy to work in different fields of art and be involved in diverse projects.