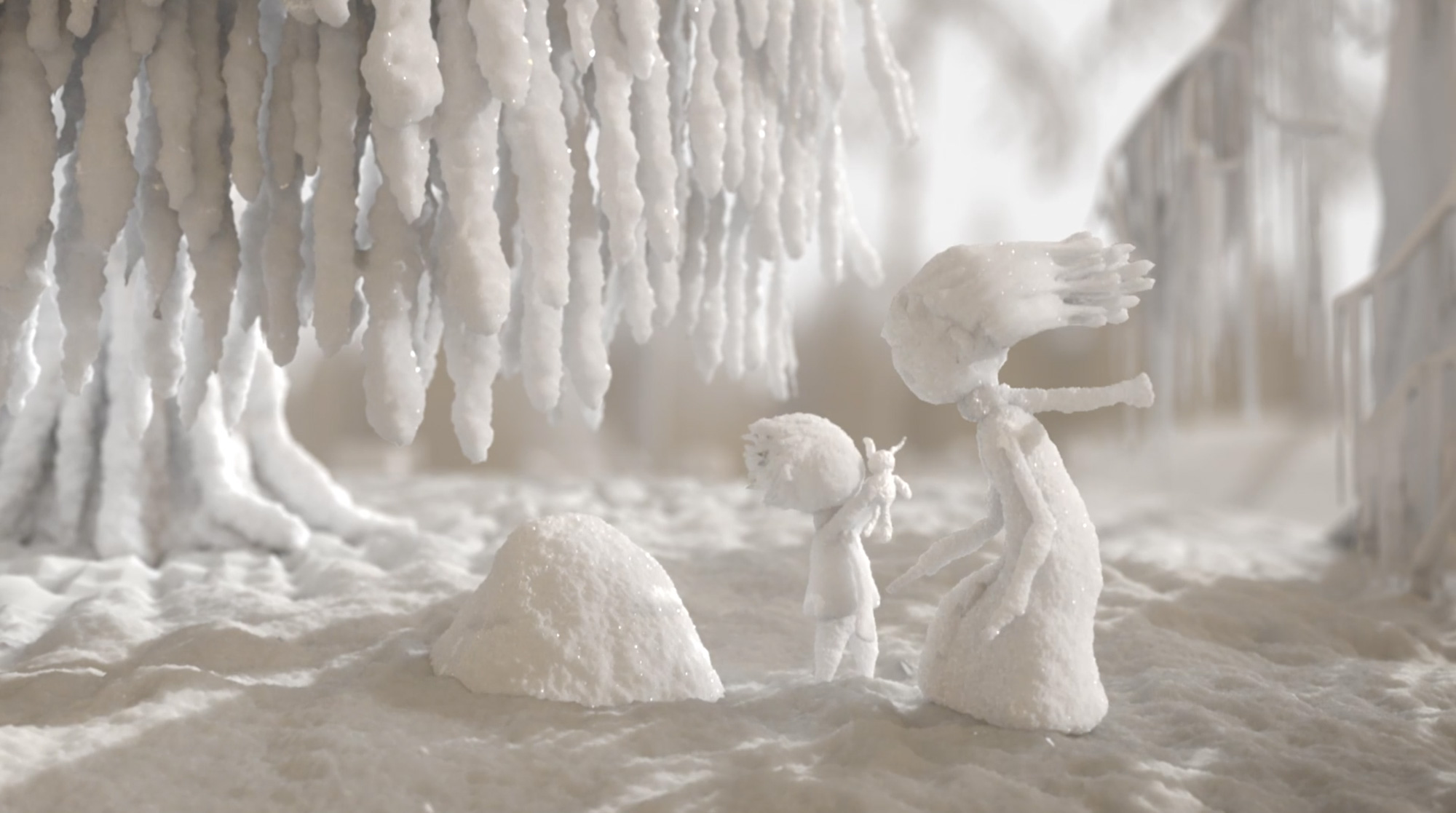 Now tis the season of the unveiling of Christmas ads, designed as they are to reappropriate our sentimental feelings of cheer into cold hard spending – which may in turn go on to fund media commentary more likely to divide than unite us. However, if you’’re looking for a completely guilt free way to experience those heartwarming feelings which only an enchanting tale of familial love can provide, then may we direct you to Karni&Saul’s beautifully animated adventure Perfect World for singer, songwriter Katie Melua. After which you can discover how the couple brought sugar to life, as they take us inside their Casual Fantasy style of filmmaking in which they deftly utilise elements such as texture, light and dirt to capture and engage their audience.

Your early careers saw you working in different disciplines as a photographer and an animator respectively, what brought you together to form Karni&Saul?

We have to give credit to Nick Knight and Showstudio, who commissioned Karni to create a few short clips using some early mobile phone camera monstrosity… We found it a natural progression to bring both our abilities to the table after that, and back then, the whole pixelation fashion (animating with people) was quite forgotten and we found it to be a great way to combine photography and animation. Later on it became clear that merging the attention to frame, casting and performance that Karni brings, and the fantasy and animation from Saul had great results. So basically two are sometimes stronger than one or rather better to have 4 eyes than none.

I first became familiar with your films after seeing the BAFTA nominated Turning followed by the skin crawling Flytopia. How would you say your ‘Casual Fantasy’ approach to projects has developed over the years? Did becoming parents have a noticeable effect on the types of projects which interest you?

We have always been making projects that echo what we go through at that moment. We are actually working on a Nowness commission which is all about parenting but from a unique angle. We are still passionately looking at subjects through this ‘fantasy’ filter, we find it the most realistic rendering of life. haha. Children are so playful and imaginative so of course they encourage that in you as a creative. But basically we are emotional filmmakers, we work from the stomach or heart and try to follow that as a guide. 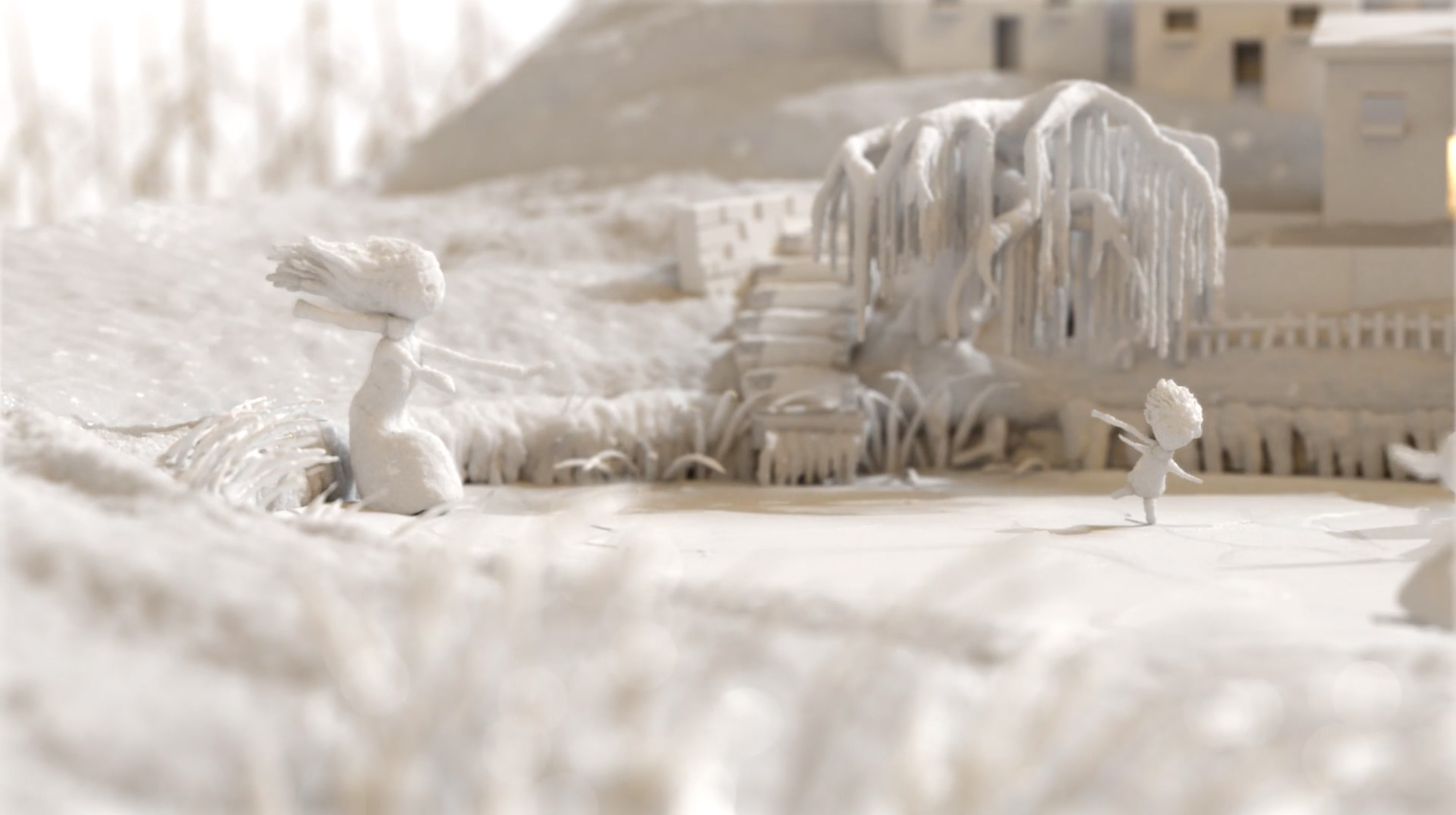 You’ve likened your storytelling structure to music, with a key component being the idea of a ‘relief of narrative’. How does keeping that principle in mind empower you to push your narratives beyond the ordinary?

With Saul coming from a background in music and Karni coming from photography, we have always been able to have a kind of ‘visual form vision’ for a narrative. Likening narrative to a shape; sometimes it’s gradual acceleration of drama (our music promo Float, or for that matter, Flytopia) and with this one, it’s that kind of up down structure. Another principle that we always like looking closely at while we work and create is how much ‘narrative relief’ we give the viewer. It’s another tool that lets you, the story teller, keep the viewer emotionally engaged. You can’t be up or down all the time you need to flow like with the breath, so we try and follow that principle and our instinct.

We are emotional filmmakers, we work from the stomach or heart and try to follow that as a guide.

How did you come to be commissioned for the film and how did Katie’s suggestions help reshape and refine the concept into a piece with such emotional depth?

The commission came our way directly from Katie and her manager Sumit (it followed Sumit’s previous commission from us for The Staves’ Winter Trees video. We had this idea of sugar being a beautiful material and also forbidden and sweet but also like winter and snow in look and feel… Also listening to the song which is very beautiful and hopeful, we wanted to create something that said, “Well it’s not a perfect world…but have a cup of sweet sugary tea and watch a sugar video and you might feel better :)”

We took this to Katie and combining it with her passion to tell a story about a parent and child it naturally evolved to this snow/sugar world with a strong visual and emotional pull. We strongly believe that texture, light and dirt are amazingly strong tools to engage a viewer emotionally..combining that with a relationship of mother/child and some dangers along the way makes for a complex and visually engaging piece we hope! ;). We have a young child ourselves so we felt very close to these characters let’s say that.

Aside from its opening and closing shots Perfect World is mostly CG animation, could you take us through the process of executing this snowy adventure?

Like many music videos, time was not on our side. The whole schedule was 8 weeks, and everything had to be done very quickly and precisely; So the storyboard was actually drawn on a timeline, as an animatic. Modelling and creating the characters was done in parallel with doing the CG animatics. Lastly animating over two weeks and rendering. The whole thing was done on a MacBook Pro, using Maya, Brush, After Effects and rendered on the mind blowing Arnold. The one thing that saved the project was a remote render farm (Rebus render farm kindly supported this project).

You’re currently developing your first feature film, can you share anything about the premise? What else will we see from you soon?

There are two projects we are working on; one is our own script a sort of road trip in an isolated location and the second is based on a Will Self story. These have taken a back seat for a while raising a small Viking child, but we are getting ready to jump back in now. We are also currently working on an exciting Nowness commission about parenting strangely enough …:) We’re also developing a children’s animated series… with lots of fantasy and magic. Working on dance films and also Saul has done some children’s books. You’ve got to have your hand in lots of pies today to survive. But we love what we do passionately… it’s the only way.