Let’s be frank, when that film idea you’ve had kicking around your mind finally coalesces into a fully formed concept, itching to wow audiences far and wide, I’m betting it’s the rush of being on set which springs to mind, rather than the hours of meticulous paperwork, planning and more paperwork that best characterises the preproduction stage of filmmaking. While not be the sexiest aspect of the process, many a film has been won or lost as a consequence of what did or didn’t happen during that foundationary phase of production. Today on DN, Director Patrick Biesemans shares his long-gestating passion project Embers & Dust and reflects on the pivotal role the treatment and storyboards played in the realisation of his meditative love letter to imagination, creativity, and Orson Welles.

Originally, I had the idea to use Orson Welles’ 1938 broadcast of The War of The Worlds while I was still in college. I thought it would make for a great backdrop in a short film but then Steven Spielberg’s film adaptation of HG Wells’ novel came out… And I decided it wasn’t the right time. But the idea stayed with me for a long time, and it started to make me think about imagination on a deeper level; what it’s like to discover imagination, what it’s like to have your imagination nurtured or smothered. I’ve been the recipient of both, so it has always been a subject I wanted to explore. It’s a very interpretive subject.

Truncating about 10 years of growth as a filmmaker; I had hit a point where I hadn’t directed a project that was absolutely true to my heart for some time. I had certainly grown as a filmmaker and storyteller but I needed something to call entirely my own, something like a creative realignment. Embers & Dust was going to be that project. I didn’t know exactly how I was going to get Embers made but I figured the best place to start would be developing a treatment; getting the entire scope and sentiment of the project laser focused into one concise document. The treatment continued to be our compass all the way through till the end. 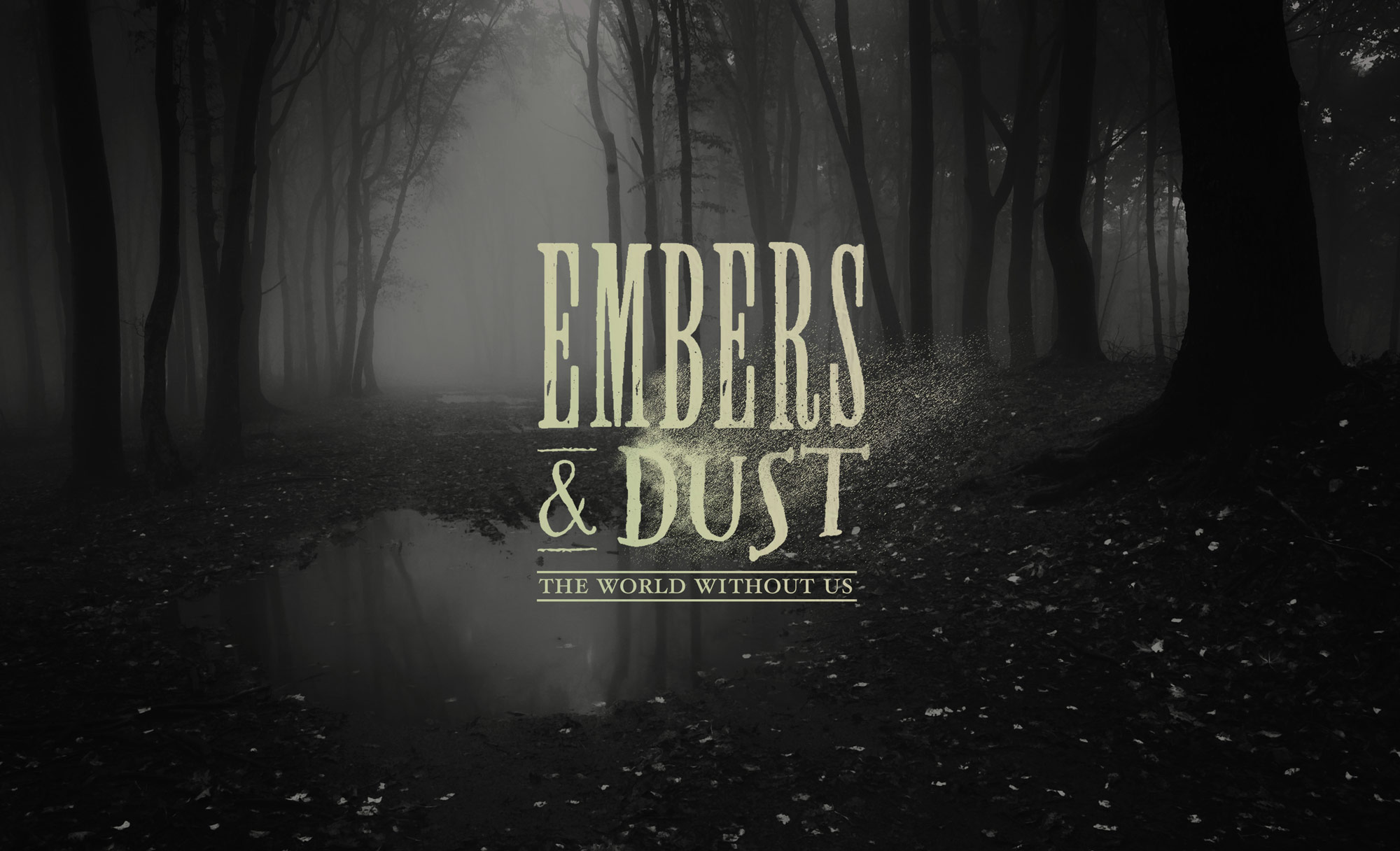 So even though I didn’t have a plan as to how to get the film made, I had a treatment that could get people interested. Fortuitously, I saw a posting in my Facebook feed about Musicbed’s 2nd Annual Film Fund Initiative and I thought entering my treatment couldn’t hurt. I hit the submit button and, honestly, forgot all about it. I was right in the middle of developing a crowdfunding campaign for Embers when I got news that I was the top selection for the Musicbed competition. After that, the project went from idle development to accelerated production. 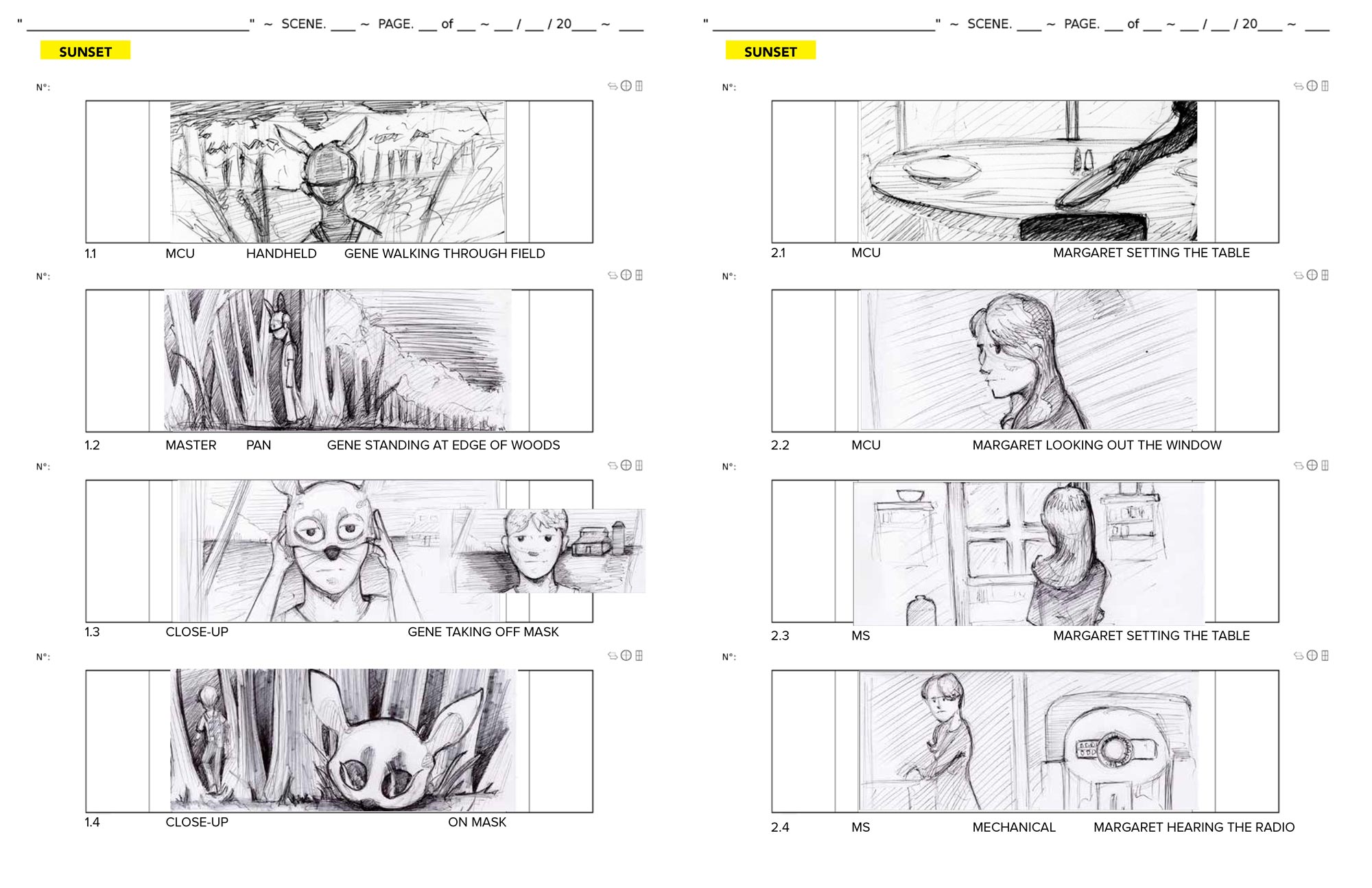 For clarity of vision, I ended up storyboarding every single frame, shot for shot. And that really helped keep us consistent with the original vision and tone. All the reference and boards helped our director of photography (David Kruta) flesh out the atmosphere and landscape I had imagined; they helped our VFX Supervisor (Ryan McCoy) figure out what could be done in camera and in post; our production designer (Charmaine Choi) had a better idea of what was going to need finer details within our framing. The decision making was incredibly precise. In fact, it’s a bit stupid to say but, I can see why Ridley Scott keeps up the practice of personally thumbnailing everything out, even at this point in his career where he’s at top form.

Having the treatment and the storyboards informed everything; what we needed more or less of in our choice of locations, pacing, atmosphere, costuming… Everything was accounted for because of the boards and treatment. This project is the first time I’ve taken all my thoughts from paper to screen, and I think it’s going to be the process I stick with for the rest of my career.