When I hear the term ‘branded content’ invariably I feel my interest levels plummet in weak anticipation of gratuitous logo shots and shoehorned story logic, present for the sole purpose of demonstrating just how amazingly hip/worldly/accessible the company opening up its chequebook is. However, these pessimistic feelings of woe were quickly swept away by Nils Clauss and Neil Dowling’s Northern India shot short for Samsung, Journey to Ladakh, which provides a compelling template for the narrative possibilities of partnerships between brands and filmmakers. I had the pleasure of speaking to both Nils and Neil about their experiences of making this high altitude short far from home, and why their multifaceted approach to production roles ultimately yields greater flexibility and richer collaborative outcomes.

As a piece of branded content Journey to Ladakh feels very hands off. Were there specific themes that Samsung required you to address to ensure it fitted their purpose?

Nils, Neil: CONTENTED was commissioned by Samsung through their marketing and advertising company Cheil Worldwide. They became aware of our work some years ago but the right project hadn’t materialised until now. We agree with your assessment that it feels hands off because they definitely gave us space and creative freedom to work. We were told from the start that they felt that we might be able to bring a different perspective to some of the production companies they usually work with in Korea.

Samsung is currently running an international video campaign, which illustrates their community based global involvement. Leh in India is a special location to Samsung, as this small town of approximately 30,000 people in the Himalayas is home Samsung’s highest altitude mobile brand store at 3,500 metres above sea level. Samsung felt this would be a great story to tell and they chose us to showcase its people and culture and its spectacular geographical setting. In order to deliver mobile technology to this remote part of the world, Samsung is engaged in efforts to improve the infrastructure for better connectivity and coverage. And they are concerned to see that translate into benefits that make the community happier and more productive. The brief really was to show the global reach of the brand and the commitment they have to the region, hence the delivery driver making his way across all kinds of terrain doing whatever he needs to do to get the product on the shelves. 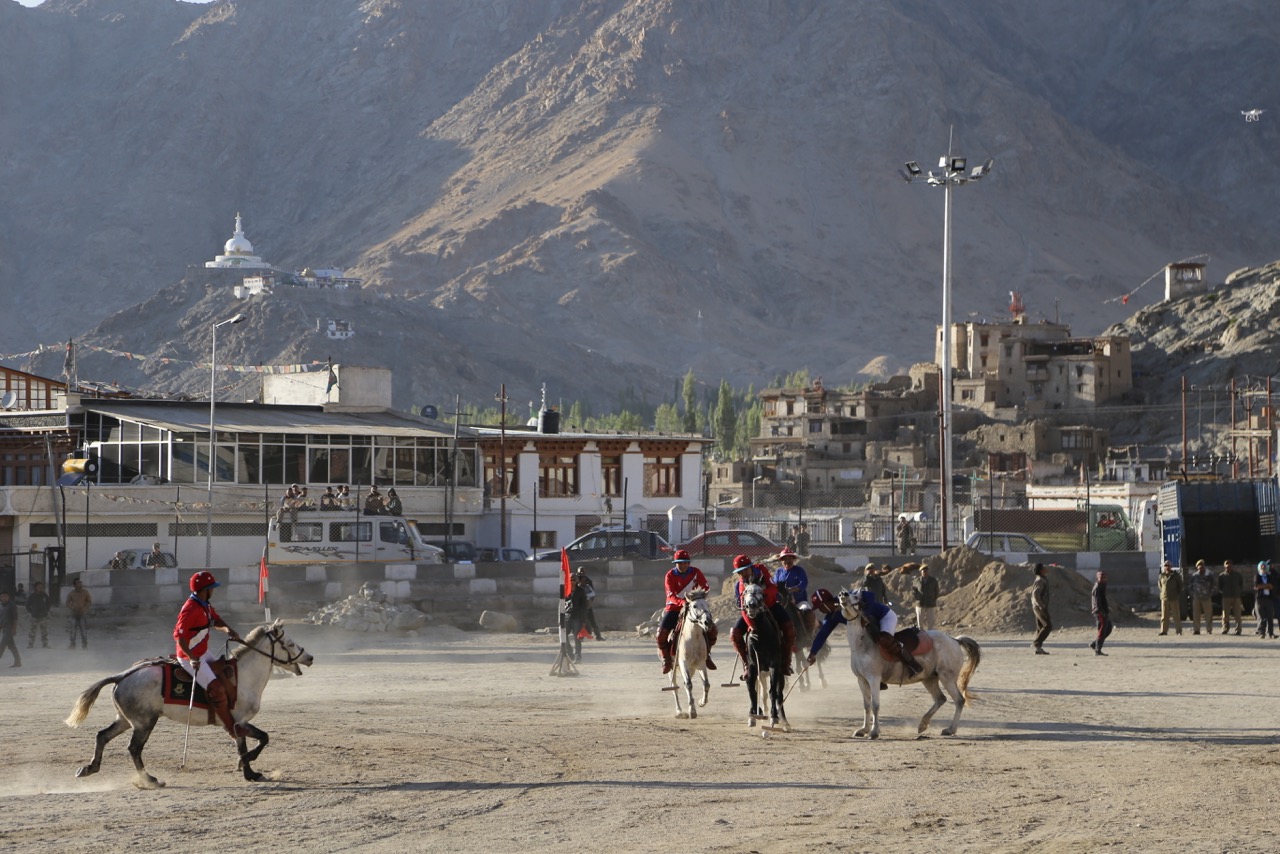 The Himalayas make for an impressive backdrop, but the altitude and conditions proved challenging for both crew and gear. How did you navigate that and also managing the logistics of shooting in an unfamiliar country?

Nils, Neil: We flew to Leh via New Delhi. On arrival in Leh you immediately become aware of the physical challenge of life at high altitude. Even the locals say that when they return home after spending time in other parts of India they also suffer. It certainly hit us. Despite drinking a lot of water, we all had to deal with major headaches and breathlessness during the first two days and simply walking up the staircase in our hotel felt like climbing Mount Everest. Leh is also very dry and dusty especially at that time of year. This made it more challenging to shoot and to protect both our lungs and our gear. Nevertheless the advantage of the location is that the water comes from the mountains and is much cleaner than in places like New Delhi for example, so there is not the same risk of food poisoning or things like mosquito borne diseases.

We found a local team to work with and they assisted us greatly in terms of casting and location hunting. They already had experience working on a number of foreign productions and also a Bollywood film that had been shot in the region. Having said that there were still some cultural differences. We had some trouble with a Buddhist monk who was on a mission to shut our production down for some reason or other, and in that case we were kind of on our own. They didn’t want to have to deal with the kind of karma he was dishing out.

Throughout your careers you’ve both continued to take a multi-disciplinary approach to your film roles. What advantages does this multi-role working bring to your filmmaking?

Nils: Since technology has been more accessible, filmmakers do not necessarily tie their position to one specific department and therefore traditional roles in filmmaking have been questioned already for quite a while, I believe. Even though I enjoy to take on multiple roles in certain projects, first of all I strongly believe in the significance of collaborations. Those collaborations again can take different shapes, where one could take on either a single role or together the team players take on shared multiple roles from the start to the end of production.

For example, for the documentary Translating Furniture, Adam Hobbs and I (both with a background in cinematography) worked in a very equitable system where one would shoot a scene, which the other one would direct. Then for the next scene we would switch roles. To both of us this working process was very liberating. Also we realized that this way each scene could be approached with a fresh mind and would also allow us to recover from the physical strain of the handheld camera work.

Whenever Neil and I work together (like in the Journey to Ladakh) we mainly collaborate as directors, but then I would focus more on the visual side as a cinematographer and Neil would focus more on the story-telling side as a writer. But at the end of the day we would throw it all in a big pot, stir it up and through bouncing off ideas and giving each other input, we hope to create something which we believe is sort of a signature style for CONTENTED.

Neil: Despite the fact that we both immerse ourselves in a project and take on multiple roles from director to making the coffee, myself and Nils have found that we dovetail well in terms of our strengths and weaknesses, so we are always happy for an opportunity to work together. We also tend to push each other and give each other the confidence to do things that we might not do when working individually.

I also think that this multi-role way of working just happens to suit certain types of personalities more than others, and that was the way it was for me from when I began making shorts and working with video. Being a multi-disciplinarian is a defence against boredom and a way to protect yourself when you know you’re not going to be the world’s best in one particular thing. 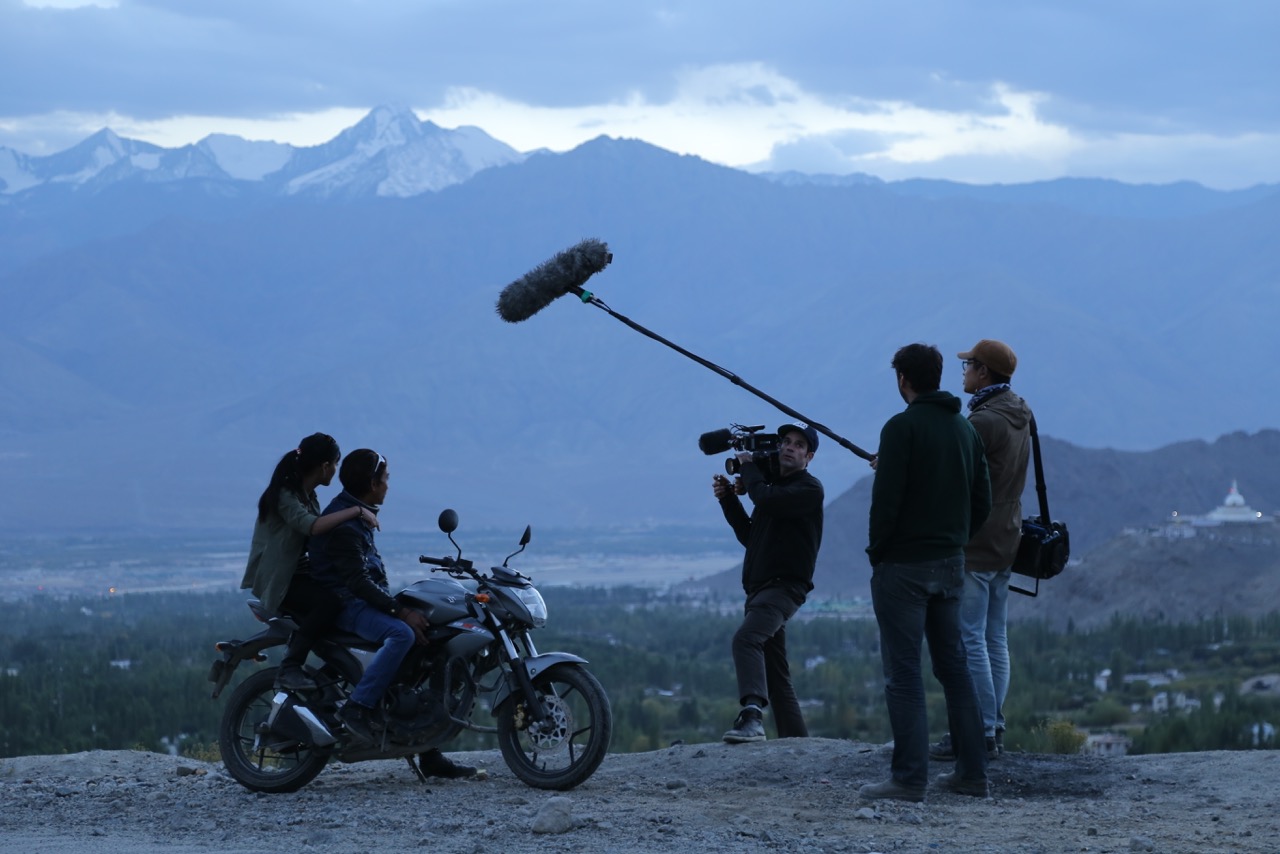 Where in the world will we see you next? What new work do you have in store for us?

Nils: In terms of commercial work we are currently working on a project with an international hotel booking company. Also we are currently part of a big global campaign for Facebook and Chevy. We have also just wrapped a feature documentary titled This Island is Ours. The film follows a Korean kindergarten caretaker with a background in student activism and a recently widowed Japanese housewife as they campaign tirelessly for the sovereignty of the tiny islets that are currently controlled by Korea, but also claimed by Japan. Also we are in the final stages of wrapping a Korea related trilogy. Bikini Words, Last Letters and Plastic Girls are three short pieces, which depict issues of space and memory and raise social, political and gender related questions within a Korean context of past, present and future.

Neil: I have been working on some sports documentary projects in Canada and the US and I’m currently editing a fun, saucy mineral water commercial that I shot. But next up it’s back to Seoul for a TV commercial and small promo project for a Korean designer that we feel can make for a very nice and amusing piece. The place in the world I’d like to be next is Ireland. It’s been a while since I lived and worked there and I think it would be very interesting to do a CONTENTED project there with Nils and see how he sees stuff that is deeply familiar to me.

All pictures used throughout this article were taken by Johan Sang.