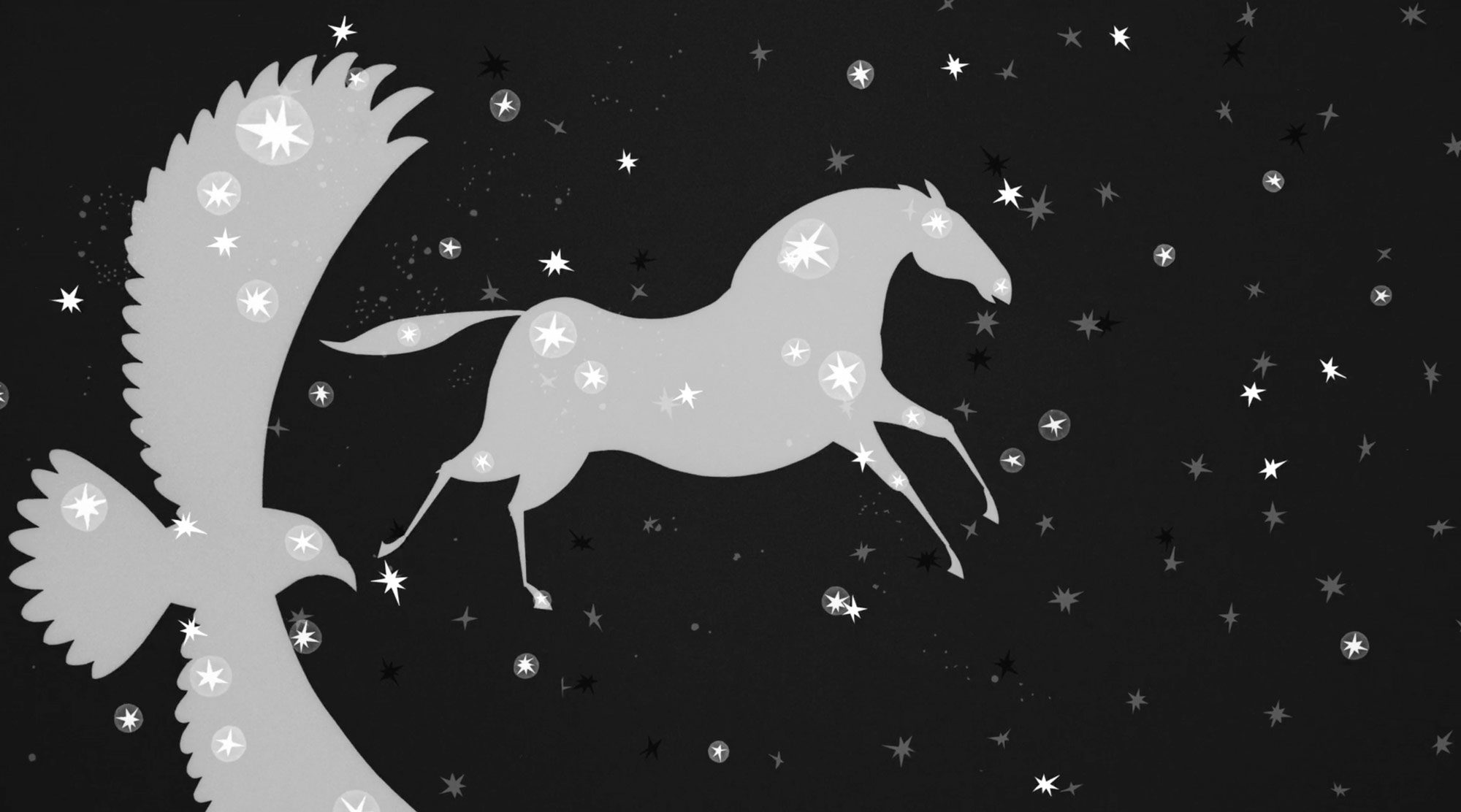 A filmmaker whose work we’re more familiar with in the realm of live action, Aćim Vasić’s latest project sees him share directorial and animation duties with Emilee Seymour for celestial music video Notre Vie Comme Un Western (Our Life as a Western), created for French pop-jazz-world hybrid band Paris Combo. In our interview below, Aćim explains how the pair made use of stop motion silhouette techniques, painstakingly animated atop a light table, and then combined those scenes into a continuous, playful romance of stellar proportions between two constellations.

As a filmmaker you’re probably best known for your wildly successful live action shorts 8 and Dark Side of the Earth. What prompted you to work not only in animation but co-director with Emilee for Notre Vie Comme Un Western?

When Paris Combo contacted me, I’d just completed work on a music video for young up-and-coming Serbian band, Eighth Air, which involved a combination of live-action footage and digital animation. I played Notre Vie Comme Un Western to Emilee and she saw an animated video as being the perfect solution right from the beginning. She had long been inspired by the work of Lotte Reiniger, and this was just the song for which to use Lotte’s shadow puppet technique as a starting point. Emilee’s past animation work had largely been computer-based, using Photoshop and After Effects, so working with paper puppets on a light table was a new adventure for both of us. We worked together on the concept, the story, and the animation. Emilee is also an illustrator and art director, so she made preliminary drawings and mock-ups, created the puppets and gave the video its style – and taught me how to use After Effects!

I could see this idea sounding quite conceptual during the pitch phase, what did the two of you present to Paris Combo in order to win the commission?

Emilee and I met with the band in a casual setting, and I think that our enthusiasm for the idea won them over! Their only concern was that the animation shouldn’t look like something out of children’s film, but they were sold on the story and the way it referred to the themes in the song’s lyrics – and as soon as we sent over the concept art for their approval, they gave us complete creative control. This was one of those rare projects where we were able to complete the video according to our original vision – the final result pretty much exactly resembles the concept art, the storyboard, and what we had seen in our imaginations.

This was one of those rare projects where we were able to complete the video according to our original vision.

Notre Vie Comme Un Western was animated over the course of a week, could you take us through the process of physically capturing the material then bringing it together digitally?

We had a precise storyboard and shot list to follow for both the stop-motion and the digital animation stages, but we certainly underestimated how long it would take to composite all of the elements together in After Effects. The background alone contains five layers of different star field animations that move at different velocities as the horse and the eagle move through the universe – and though trying to animate all of that all at once using traditional stop-motion techniques, as Lotte Reiniger did, would have required an extensive (and expensive) setup and a whole lot of time, it still took quite some doing in After Effects. Instead, we shot and animated each element separately (each star field, each starburst, each puppet moving, each planet growing and evolving and rotating) on one single light box, and then layered these in After Effects. We also used the software to mimic ‘camera movements’, such as the camera moving closer to or further away from the horse, the eagle, and the lunar system.

What projects do the two of you have in the pipeline?

I’m currently working on several screenplays and treatments for feature films, web and TV series, and two potential music videos. Emilee’s major project is an illustrated book on the subject of migration, and she’s also learning to play the piano. We’d love to work together again, and as soon as the right video or film project comes along, we will do so 🙂