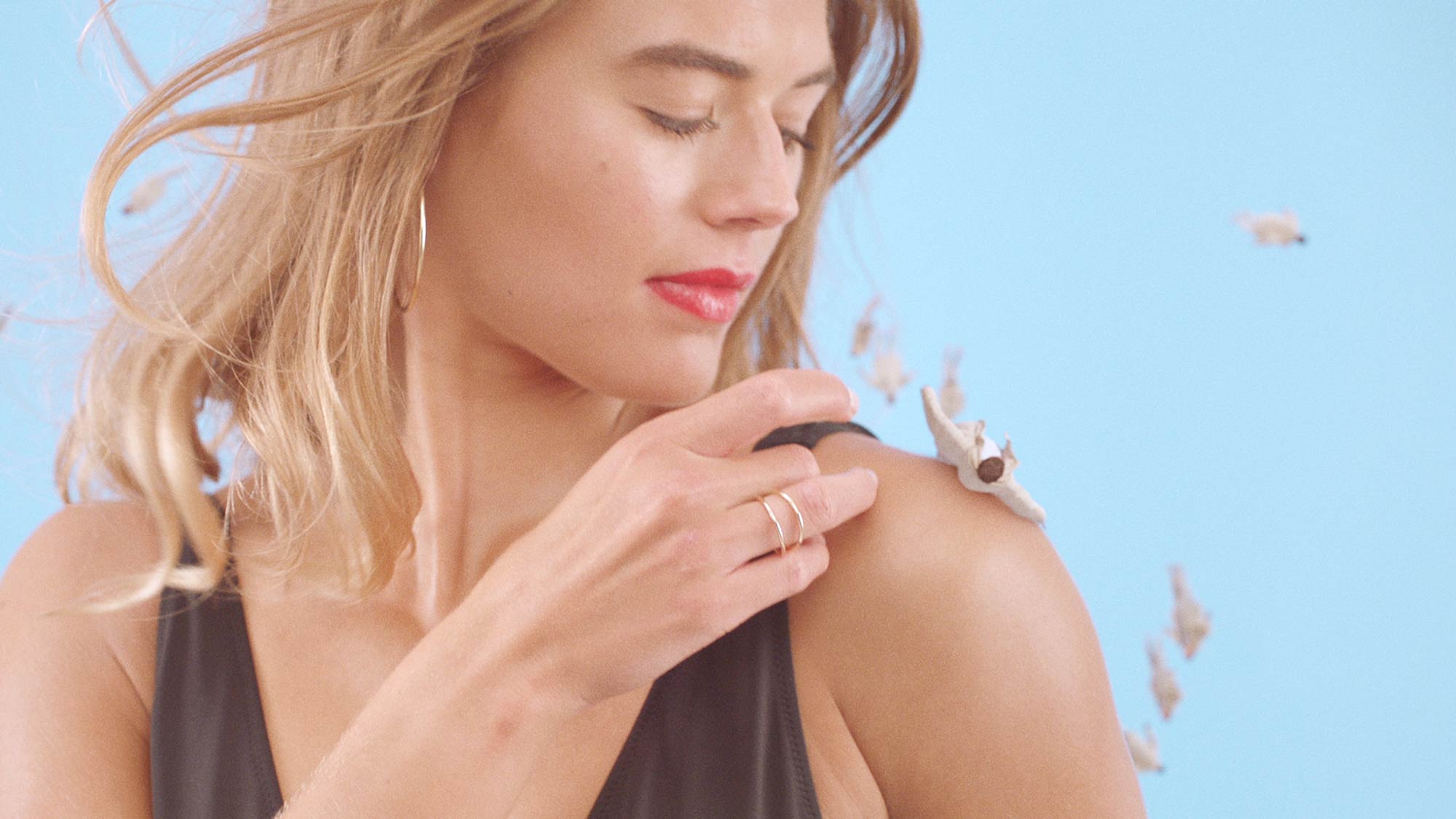 Jules Janaud and Fabrice Le Nezet are the gifted directing duo from London who together have built well respected animation studio Bif. Always bringing something new to the table, each Bif film is innovative and imaginative, with the duo constantly looking to push the boundaries of modern animation technology. Their latest piece, Shock Horror for neon-lit electronic pop band Shy Luv, is a captivating example of what can happen when creative minds run wild. I caught up with Fabrice and Jules to find out how they hypnotically cascaded Shy Luv clones down the bodies of giant women.

Where did the ingeniously bizarre idea for Shock Horror originate?

At first, we were exploring various concepts involving skydiving inflatable guys and giant women statues to create a surreal endless journey. With an open brief to work from, we decided to develop this idea further to create a provocative quest to love but in a cheeky and fun way, a play on the cliché within the song.

We try to reinvent ourselves for every project, exploring new concepts, storytelling ideas and visuals.

You used a scanning process called photogrammetry, can you tell us a bit more about what this is and how you manipulated this method to create the 3D models?

Photogrammetry is a scanning technology based on photography. Dozens of cameras are placed all around the person/object you want to scan and all those pictures are then processed by a computer to generate a super high detailed 3D model which is also textured. We then played with a physics simulation system to create interesting motion and choreography. These tools have been designed to produce realistic cloth animation for the VFX industry but we thought it would be quite fun to use those same tools to create something a bit more silly!

What was the most challenging aspect of achieving the effect you wanted?

One of the main challenges was actually to control this technology to be able to tell our story. It is actually fairly simple to get some weird random moves but it was harder to get those ‘rubber guys’ to do what we had in mind!

With so much CGI, how long did the piece take to render? Were there specific techniques you used to reduce rendering time?

A combination of different techniques, a mixture of live action and 3D has been used to produce this film. We have a VFX background, so we often like to use classic 3D tools to develop something more graphic and unexpected. We also like to keep part of the fabrication process ‘secret’, not to reveal all the magic tricks, so people can wonder how the film have been created!

Each of your films are incredibly imaginative and certainly unique. It seems as though you see the world in a slightly different way to others.

Thank you! We try to reinvent ourselves for every project, exploring new concepts, storytelling ideas and visuals. We also like to experiment with new tools and technology, trying to get something creative out of it. We like to explore a simple idea or concept and push it to its limits to make an art out of it.

What is it like to work as a duo? Do each of you specialise in different aspects of the process or is the workflow more fluid and overlapping?

We have been working as a duo for the last 10 years. We have developed a seamless and organic way to work together. There are no clear roles, with each one of us adjusting to the need of the project. 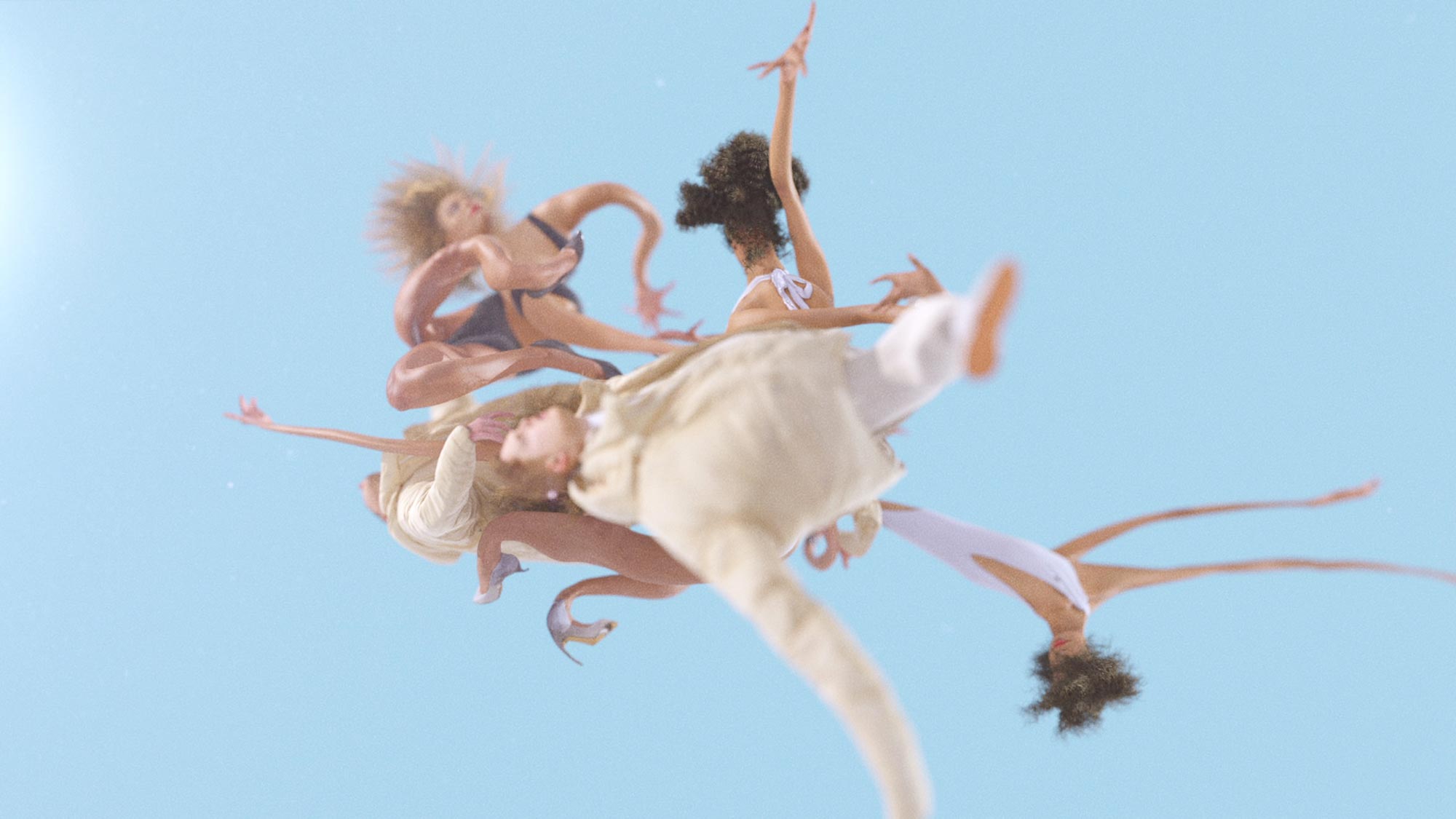 How did your collaboration with Riff Raff (The Nursery of Evil) come into being?

Last year we decided to explore the music video scene a bit more. We then met Natalie Arnett at the London MVA and started talking about working together. Riff Raff is infamous for producing killer music videos, we found it was the perfect place for us to develop more crazy ideas.

I have to say that I love the OFFF Porto Main Titles sequence you created. Can you tell us any juicy information you have on the production of this piece?

At first, we were developing some visual research based on motion capture datas, amazed by the richness and the humanity of this material. To be a bit more specific, all the datas we used are based on a Cyprus traditional dance motion capture we found pretty fun applied to those quirky bubble guys. We then travelled around London with a 5D camera to capture various scenes, trying to imagine what it would be like with the 3D characters integrated. I (Fabrice) am the main actor in the tube sequence. It might be the start of a new career 😉

What innovative beauties to you have coming up next?!