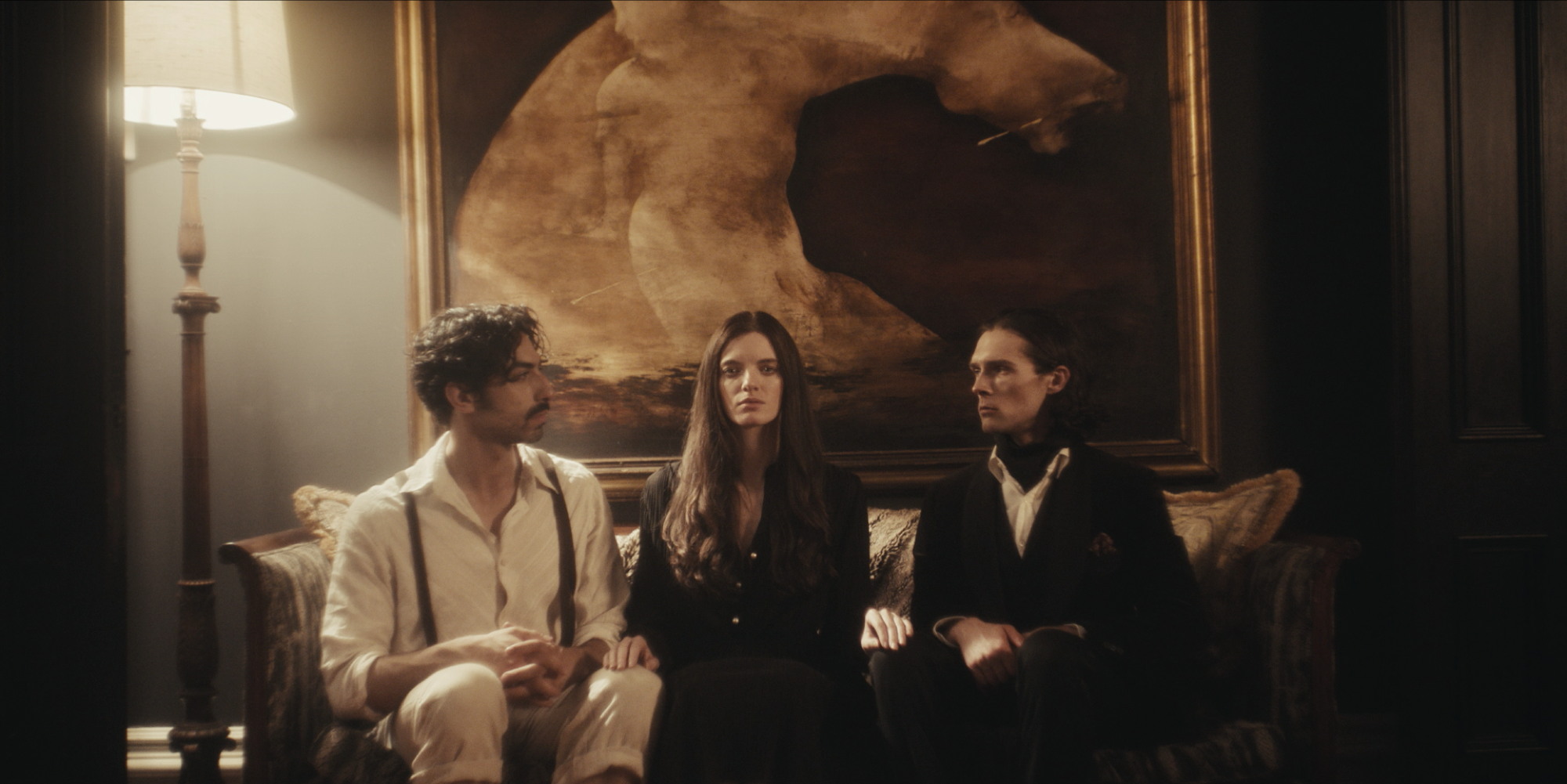 Set within an interlocking love triangle between a husband, his wife and her lover, DN welcomes Director Floyd Russ back to our pages with Cashmere, his layered music video for Swedish producer WDL. I spoke to Floyd about crafting this iterative story of love, betrayal and revenge in which powerful emotions fuel dark acts.

What inspired this spiralling tale of love and revenge?

When I do a music video, I let the lyrics and melody inspire the narrative emotion of the video. Cashmere has this timeless emotional feel to it but it also intertwines modern musical touches so I wanted the narrative to reflect that breathtaking emotion – a love that can not be sustained, a passion so uncontrollable it breaks apart due to jealousy and possession. Once those acts are committed, the characters fall into a circular spiral of regret and need.

At first, we actually set out to film this in a minimal modern villa and set it in modern times but once we saw this 1870s Manor in upstate New York we knew we had to film there. Setting the story in early 19th Century when many marriages were pre-arranged, especially amongst the bourgeoisie, gives the story so much more meaning. A time when men controlled their wives much more and infidelity would be punished. I also like to think men were much more chivalrous at the time and would duel to the death for a woman. Yet at the same time, women often didn’t have any free choice when it came to love, and they were left alone for months at a time while their husbands went on business trips. Overall, my goal was to create a story where every character is the hero and every character is the villain – hopefully, the audience decides who is who for themselves.

How did you cast and later work with your trio of actors to help them deliver performances which are infused with a raw emotionality that emanates from the screen?

To be honest we had to rush the casting process a bit on this one because we found this amazing location and had to shoot on a specific day so that it fit into our budget so we cast the entire thing in one afternoon. I like to throw the actors into the fire right away to see who can handle it so we would call in trios and pairs and have the guys take their shirts off and try to seduce the woman in the middle without any talking or touching. This was to see if they could control the power of their eyes so to say. It was very awkward for most actors and only a handful handled it properly. Specifically, I already had Sam Dunning in mind from the Crazy Heart casting I did last year. While he didn’t work out for that I had remembered his face, how intense and timeless his look is. He came in and auditioned with Jessica Park and they just knocked it out of the park which made everything a lot easier from there on. I always hang on to headshots or pictures of actors that I would like to use in the future and that definitely made the difference on this one.

I am a big fan of shooting at a location where you have to put up the cast together, it brings everyone very close together right away. The five-hour drive up to location and a shared Airbnb house create a forced bonding effect. On top of that, for this one, I made up specific backstories for each character – it really adds to the depth of the emotion, the anger, jealousy and passion – each actor portrays. Most importantly, it’s the unseen narrative each audience member gets to infer on their own.

What techniques did you use to capture Cashmere’s rich, light infused visuals?

Location location location. This house faces south so the light enters beautifully through the old stained glass windows. We certainly lit some of the setups but a lot of is done with natural light and practicals. My DP, Gregory J. Wilson and Erin Lynn Welsh and June Dawn Everett, our Production Designers, did a great job to make use of what the house had to offer and not over-lighting anything. I wanted the camera to float around the house and the characters like a motivated viewer, like a ghost that has this memory so to say, so we spent a lot of time blocking the longer Steadicam shots.

The narrative of betrayal and vengeance repeats but through a layered iteration where elements aren’t cleanly reset.

Yes and thank you for noticing! HA. These subtle touches are crucial as we wanted to give a hint that the narrative is not repeating but progressing, to what degree they are taking place in linear reality vs. the mind of the characters is up to the viewer though. Each character commits an irreversible act to trigger this violent spiral, adultery and murder become repeated as there’s no going back from these acts once they are committed.

Did unfolding this repeating spiral of events prove to be a challenge during post? What role do the pre-narrative flashes play in paving the way for what’s to come?

All three of these characters are stuck in their own Groundhog day so to say, and only once the husband is willing to give up, to let himself be killed by his wife’s lover, can all three of them escape this cycle of failed love. The edit for this was a fun one, Adam Bazadona did an amazing job. We explored a few structures one with two repetitions, one with three and a fourth even. We ended up settling on this cut which has three because it keeps an emotional pace and still let’s the viewer track the evolution of the narrative. Each cycle needs to reveal new information and the wife’s role in that is crucial as she plays an equal part in the destruction. To keep the audience rooted we did variations on the same shot: walking into the living room, looking out the window, the POV of the window, the action and details evolve with the narrative though. But by the second repetition we begin to reveal new nuances like the bathroom. 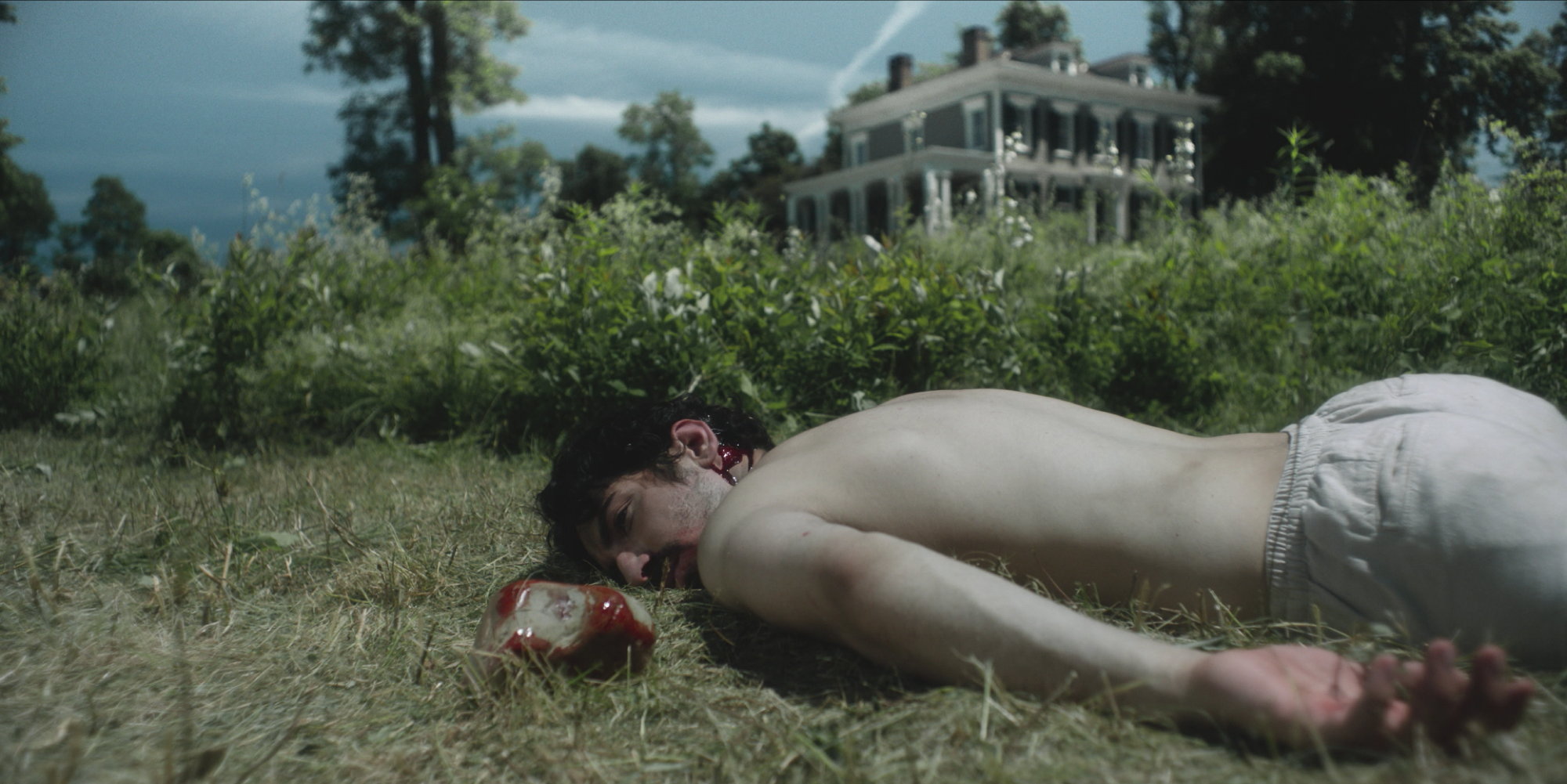 For me, the intro’s main purpose is to showcase the characters’ psychological states and grab the viewer right away and set the emotional tone of the characters. Two men love the same woman, she loves two men, or maybe they all love each other? Or maybe the wife is pitting these two men against each other so they kill each other and she gets to be free? At the end, the viewer will need to decide on their own.

Is there anything new on the horizon we should be looking forward to?

I’m currently in post on a short documentary that we shot in rural Ohio last month that I can’t wait to share. It’s a truly stunning piece but will still take a few months to finish. It has to do with foster care, high school wrestling and physical disability…loosely put.