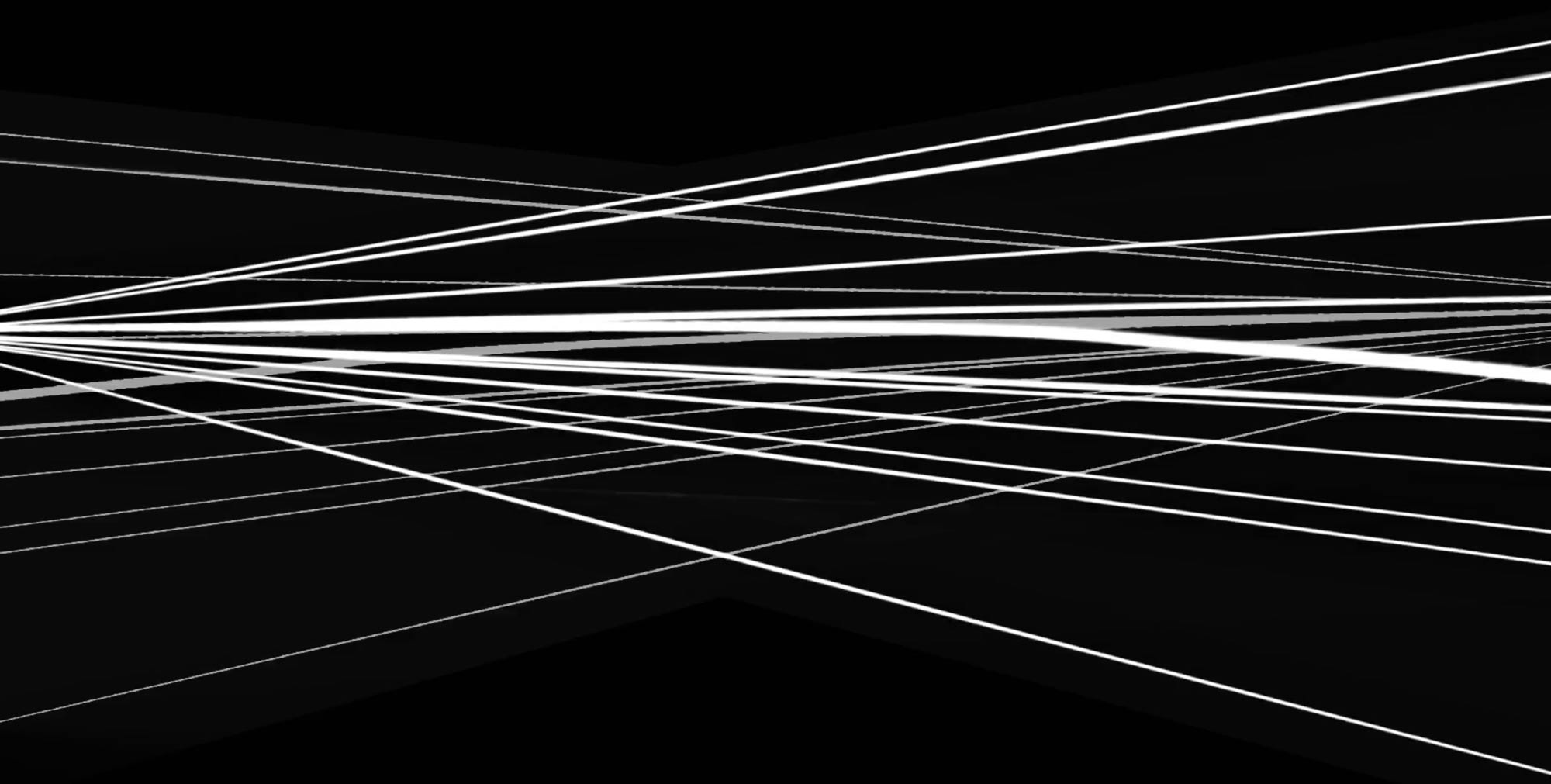 Whilst toying with the abstract and obscure, John Morena’s ambitious and unconventional collection of microfilms Area 52, journeys through the “things that connect us as a species”. In our interview today, John gives DN an insight into his innovative weekly venture from concept to execution. But first, an introduction to the project from John, followed by a brief teaser:

Hi, I’m John and I’m making one experimental animation short film every week for the entire year. I call this project Area 52. It’s not a series or anything like that. Each film is self-contained and unrelated to each other, for the most part. These films are really short micro-films. They’re all under 60 seconds in length and are released weekly on Instagram. Instagram doesn’t allow for full-screen video viewing so they are Micro-films in more ways than one.

The overarching theme of Area 52 is to make animated shorts that attempt to cleverly comment on the things that connect us as a species in my own tongue-in-cheek way. It’s animated social commentary. Since they are all experimental films, I strive to create them using unconventional techniques, and maybe even some new ones.

Area 52 was born from a frustration and dissatisfaction with your body of commercial work. To date, does this project feel like it is giving you the fulfilment you have been craving?

So far, yes, it has. I did many commercial projects in my career that I was really proud of and some were momentous works as far as honing and bettering my craft. My craftsmanship wouldn’t be where it is now without it. But, ya know, I realised that even though the work was good, I wasn’t saying anything. I actually was saying nothing. Buy tickets to this show? Go see this baseball game? All rubbish. You can easily spend the best years of your career and pour whatever creative genius you have into something just to serve the bigger purpose of turning this place into a giant shopping mall. I was tired of doing that and I really wanted to utilise my art to say something meaningful. So I created the circumstances to allow for that and it’s been rewarding in many ways.

Area 52 has a running theme of social critique and some of the pieces could be considered controversial, how have the films been received by audiences so far?

The response overall has been really enthusiastic and that includes excitement about the messages behind the films. Which is obviously encouraging! I try to make these films as relatable as possible. Experimental art, especially films, can tend to be very esoteric and I want to be as far from esoteric as possible. I also don’t want to bang people over the head with incredibly obvious and overstated social critique. That can be a real turn off.

I approach these films in the way a comedian might approach a joke about society. The work is tongue-in-cheek and I think that brings it back down to Earth. If it took itself too seriously it just wouldn’t work. I don’t use any text in these films and barely any language at all to help get the point across. I also don’t show any human beings or personified characters meant to be human-like in my films. So it’s nice to know that people actually get these little metaphors from an abstract presentation of the idea. I think the fact that they are short and sweet helps a lot too. Easy to digest without treating people like morons 😉

I also like that not all of the films are social or cultural commentary. Some are just observations or experiences that are relatable and put into a poetic visual form. Mundane things can be interesting too.

Did you have all 52 weeks planned out before you embarked upon production? How much of it is decided on a week to week basis?

I did not. I have a slew of notes. Little nuggets of ideas written down. Some more developed than others. Some are just a wordplay that would make a good title for a film that then births the concept. Some are just horrible ideas. Awful ones. Ha! But you have to get those on paper too so you can recognise the good stuff. I’d say I had about 10 pretty solid ideas going into this and I made a few films before I started releasing them so I could be ahead of the game. Right now I’m only one week ahead of myself so I’m getting really close to just completely flying by the seat of my pants. Which I love. There’s this strange mix of pressure and freedom that can make for some real magic to happen.

Can you elaborate on your goal to “reframe the idea of experimental animation and redefine it as ‘fine art animation’ or ‘animation as fine art’”?

Well, I don’t know how it is anywhere else in the world but, in America, we aren’t culturally trained to view animation as art. It’s kids’ stuff! Especially shorts. We actually aren’t trained to look at any short form films as art. In America, that’s what Super Bowl commercials are for! And I think because of that, the greater audience at-large thinks of short films as something ancillary or really foreign. It’s sad, honestly, because there are large quantities of really good short films being made from all over the world and not too many people see them.

I also like that not all of the films are social or cultural commentary. Some are just observations or experiences that are relatable and put into a poetic visual form. Mundane things can be interesting too.

I mean, look, humans have to label everything and put meaning on everything. The word ‘experimental’ is equated with ‘weird’, more often than not. Even ‘adult’ animation connotes the edgy, stoner type stuff you see on Adult Swim. There are these specific categories or boxes that these things are placed in that give it a stigma. So I think if ‘experimental’ was viewed more like ‘fine art’, or even just ‘art’, perhaps people would equate it with stuff that belongs in a museum. I’m not saying my stuff belongs in a museum, but I do believe the perspective on short form art films needs to be shifted and looked at as something accessible. But you can’t do that unless you create experimental films that are actually accessible! So that’s a major part of the mission of this Area 52 project.

Can you give us a bit more insight into your aspiration to “make sure the technique & visualisation is the ying to the concept’s yang”, and a couple of examples?

Yeah sure. That basically means taking the concept or the topic and pairing it with an unconventional animation technique that cleverly visualises it and backs it up.

For instance, the first film I released is called String of Sound. I strung together human mouth noises and paired them with animation of a single piece of string. Like, “Hey humans here’s a thread that strings us all together.” Get it? I made another film called Cacophony that is poking fun at what all of those talking heads on television sound like to me. I made sure to use antacid tablets as part of the animation because that type of TV makes me proverbially nauseous. And it’s purposefully an annoying film because it’s about an annoying thing.

I don’t like using a technique for a film just because it’s ‘cool’. It should work in concert with the concept as solidly as possible. There should be a ‘big aha’ within each film. Those are big payoffs for the viewer and for myself.

What have you learnt so far?

So far I’ve learned many things rather quickly. Firstly, I have a newfound respect for social media managers. God bless them. It’s not an easy thing staying on top of your accounts and engaging with your audience in a way that really speaks to them. Creating a vibe, not just posting stuff. And making sure you’re strategically posting at the right time, depending on where your audience is located. The Area 52 Instagram page is more like a TV channel where there’s content being put out religiously on a weekly basis and at a certain promised time. So it’s obviously incredibly important to be on top of that.

I also learned that people really love knowing about how and why the films were made. I keep a blog on the Area 52 website that I update each week to correspond with each film release. Links are updated in the Area 52 Instagram bio every time I put up a new film so folks can read about it after they’ve watched. I talk about the things that motivated me to make the film…usually, things that make me angry about humans and the world we’ve made for ourselves. That’s the social critique part. And then I detail how it was made, what I used to make it, etc. I try to make those entertaining as well.

Lastly, I learned that it’s true that you can make short films and have an audience that watches those short films without spending (wasting) tons of cash on submitting to art contests or film festivals. You also don’t have to beg strangers on crowdfunding sites to support your work. A major part of the mission here is to make each film for about the same cost as an average film festival submission. So I’m doing some pretty crafty, ghetto-style, unconventional techniques for very little money. For example, I made a film called Freakquency and I wanted realistic eyeballs in the film. 3D animation just isn’t an option with these films because it’s too obvious to just make things in CGI. So I experimented and I made the eyeballs with hard-boiled eggs. Who knew! Things like that have led to me to create a motto for this project: “Cheap to make but not cheaply made”.

With your feelings of dissatisfaction in mind, has this project given you any insight into what personal pieces you might embark upon next?

Hmmm…this is one of those yes and no answers. The world changes so rapidly and is becoming increasingly strange. And dangerous. So I do want to roll with the punches and have some current things to say. At the same time, some human foibles are timeless. So I’ve had some ideas in my back pocket that I knew I wanted to embark upon before I even started this thing.

Be sure to follow @area52flix on Instagram to catch each weekly installment and keep an eye out for our follow up interview with John in around 6 months time when we’ll check-in to see how Area 52 has evolved.