The Roskilde Festival in Denmark is a yearly music festival that houses over 160 thousand people from staff to music fans, and like any large festival it occupies as a parallel universe to reality where people attend to escape for a few days and consume the music, food and good times. Sune Lykke Albinus’ Don’t Tell Me About Your Dreams is a dreamscaped portrayal of young romance at Roskilde which explores how delicate and unstable love can be, even when it exists within the unreality of a parallel universe. We spoke to Sune about adapting to the free flowing logistics of shooting Don’t Tell Me About Your Dreams amidst an uncontrollable crowd of festival revellers.

How did you come up with the idea for Don’t Tell Me About Your Dreams?

I’ve always been intrigued with the idea of making a movie at Roskilde festival. It’s a festival that I’ve been coming to every year over the past 20 years. Sometimes I have been in love, other times desperately sad because of love. The idea about making a film with the theme of falling in and out of love at a festival felt natural to me. It’s not an autobiographical film but there are some parallels with my own experiences. The screenwriter Emil Nygaard Albertsen asked me to keep a diary for 21 days; every morning I would be writing down memories and situations that either myself or my friends had been in at the festival. When we re-read the diary, both love and this feeling of being in a parallel world that a festival can create, were the two overall themes.

What were your cinematic inspirations?

I always find myself wanting to play with some kind of age or era – I have always loved films like Morvern Callar by Lynne Ramsey or Joachim Triers Oslo, August 31st. But I think the main inspiration is the festival itself. Going to the festival every year for many years has been such a great part of my life, and a huge creative inspiration. To me festivals and music are major influences creatively, so I wouldn’t say that it’s another film per se that influenced the style or narrative. Don’t Tell Me About Your Dreams was more about trying to see if you could incarnate the feeling of being in this hidden environment where emotions are running amok with you and where everyone is under the influence of the nights.

Could you talk about the shooting process, what is it like to shooting in such a live environment as a festival?

Yeah, that’s a good question. To me, when making a film it is super important to make the real world interfere. I’m usually not very inspired or fascinated by very controlled environments. I always look to places for the real world to bleed into the narrative as much possible. It was, of course, a daunting thing having to go into a place where 150 thousand people were having a party. Sound was an issue, for example. People were walking into the frame shouting “Hey Mom!”. Very early on, the actors and I decided to take that as our advantage and if someone started to interfere they should just try to play along and improvise with the surroundings.

The only people that are getting any directions at any point are only the two main characters, the rest of the film is based on coincidence or luck. All of the music is recorded on location, if you look at the end of film where the band starts to play the song simultaneously when our main character starts to cry, this is just something that happened. in the moment and was uncontrolled.

The actors had such a vivid canvas going on around them in terms of sound, lights and people. The performance was all on them!

Practically, what we knew when going into the festival was that we didn’t have any dialogue down. We knew we had a story about a couple meeting and revisiting their past love and trying to see if time or timing had changed enough for them to have a second chance. We knew each scene, but we didn’t have any blocking or staging or dialog down, but instead we figured it out in a very organic process. Jacob and Iben at the time were together as partners, they had a huge emotional library to pull from and play with while improvising on location.

Yeah, I was going to ask, both of the main actors give really pure, unaffected performances, could you talk about working with them?

Having to act in such an environment was, of course, challenging but also somehow liberating to be in such raw environment. It was just me, a sound guy, a cameraman, and the DOP. The actors had such a vivid canvas going on around them in terms of sound, lights and people. The performance was all on them!

Personally, I don’t believe in good or bad actors. I believe in the right actor for the right role and giving them the right environment to work in and I’m humbled by their performances. Both of them are tremendous in everything I’ve seen them in before. Casting people who were a couple and already knew each other in that intimate way was really inspirational to me. I think this shines through on the screen. 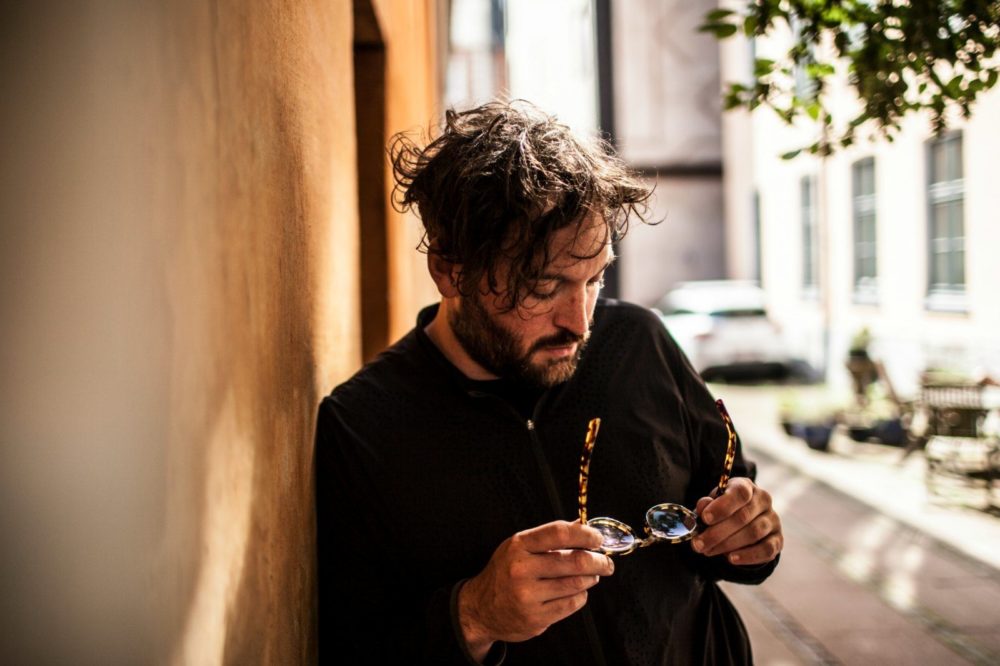 Awesome, and are you working on any new films at the moment?

At the moment most of my time goes into Octopuss, a creatively driven director collective and modern-day production company based in Copenhagen – which myself and three fellow Danish directors launched in May this year (Johan Stahl, Mikkel Blaabjerg, Spendser). We’ve signed a few other directors, one of them being the main actor in Don’t Tell Me About Your Dreams, Jakob Oftebro.

All four partners are directors working with both fiction and commercial work. The industry sees those two merging more and more, and we are focused on being a collective working across commercial production, narrative, and documentary. Creatively we influence and support each other as much as possible on each project we take on board. If you imagine an octopus, each director is its own arm but with one shared head!

Also, I have this idea about doing a TV show that follows the lives of chefs at a real-life Michelin kitchen. It is supposed to be a combination of Girls and Chef’s Table… The name of the show is Mise en Place – this is a French word for where you have everything prepped and ready for service – but it’s also called Missing A Place, which refers to the chef’s rather rough and unusual lifestyles when not working but… more to come on that note.