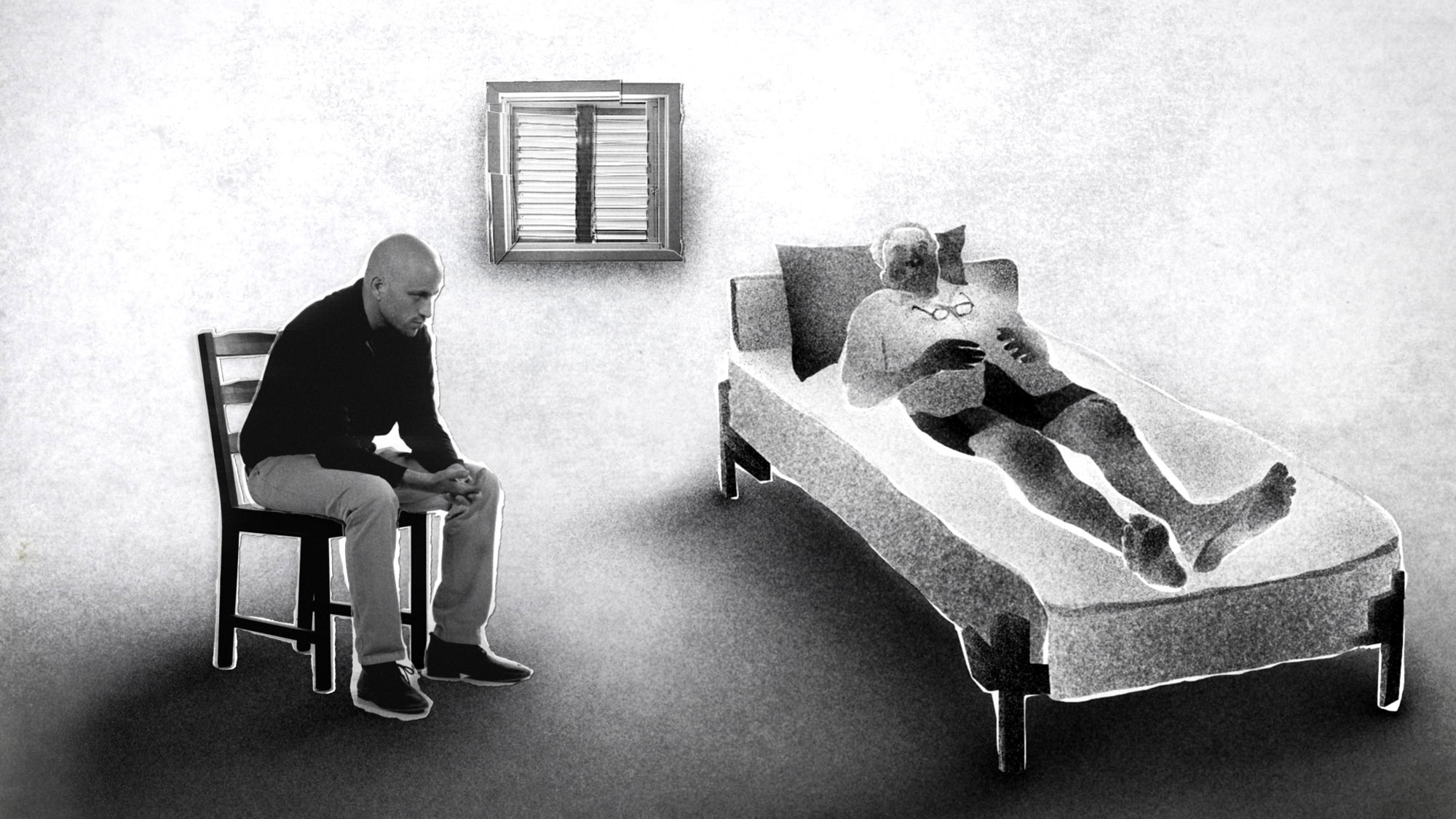 Drawing on his personal memories and incorporating real family photographs, Ynon Lan’s Bezalel Academy of Art and Design thesis film Close the Shutters depicts a young man’s struggle to retain the image of his grandfather by piecing together memory fragments. DN asked Ynon to take us through the development and execution of this multi-layered, mixed-media tribute to familial loss and remembrance.

Close the Shutters is based on my personal experiences and the personal stories of my grandparents. The film is about a young man who is trying to hold on to the memories he possesses of his sick grandfather. Sitting next to his bed in what might be the last time he will see him, he reminisces about intimate moments they shared. I incorporated my own family’s history, personal memories of my grandparents as well as real family photos. The grandfather is played by my grandmother’s brother who is an artist himself and I had the privilege to collaborate with him on this.

Initially the script was quite different, talking about memory in a more general sense, but as I was developing the script I realized that I was drawn more and more to this subject matter. At some point I just embraced it, and the film turned out to become a very personal one.

I wanted to explore the question of how we remember loved ones after they pass away, and in the film I suggest that we remember them through fragmented memories. A collage of small moments and intimate gestures that form the image of a person. I think our memories are more like old still photographs than perfect HD videos that we can just play back in our heads. So that premise guided me in creating the visual language for the film as well as choosing the materials I worked with. 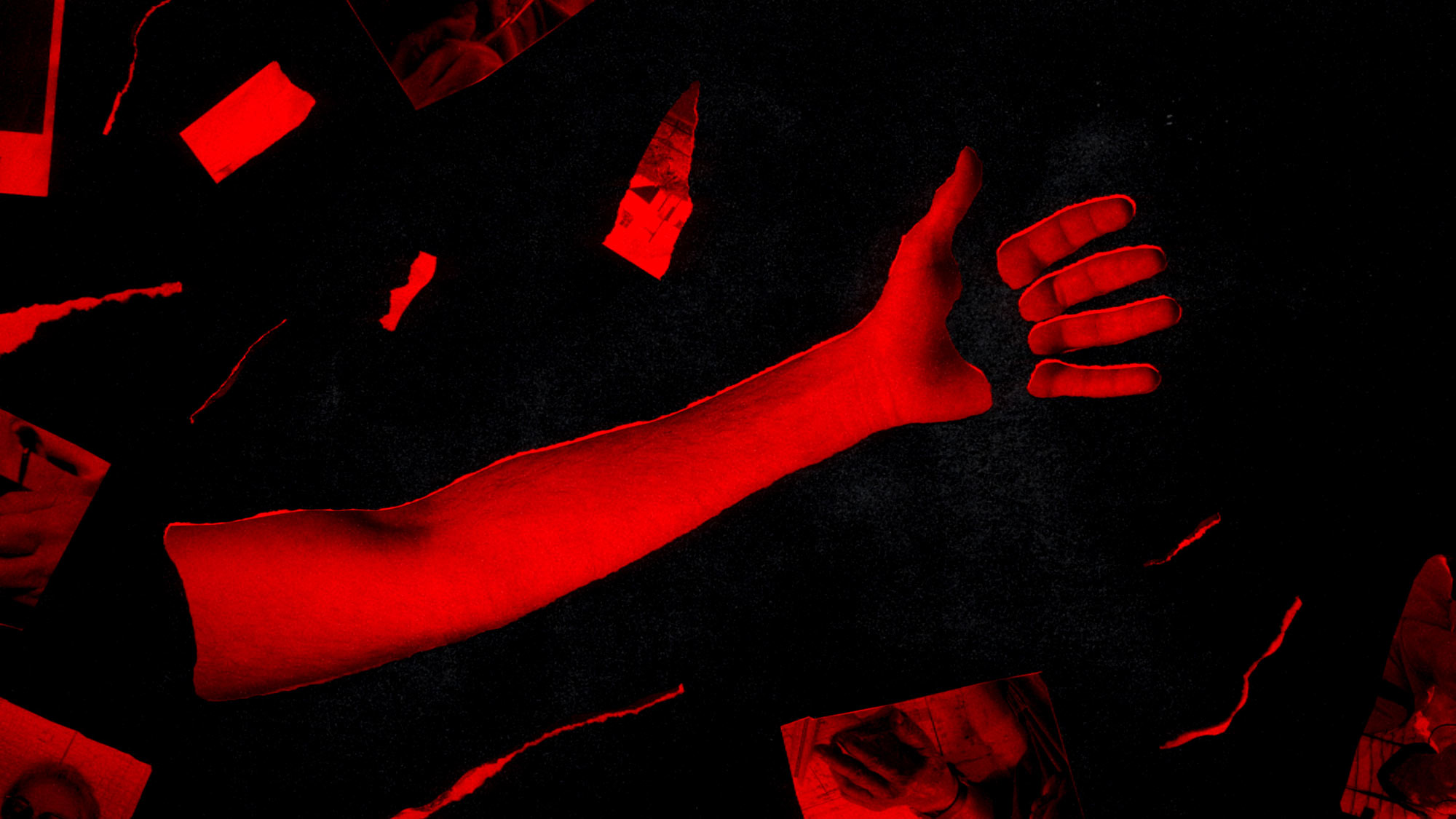 The film combines still photography, rotoscope animation and stop motion. I created the memories by shooting still photograph sequences of small moments with the grandfather character. I then developed these photos, cut them by hand and animated a collage in stop motion. I composited that in post-production on top of faded animations and illustrations of the grandfather.

I think our memories are more like old still photographs than perfect HD videos.

In order to finish a graduation film all by myself on time with a tight budget, I had to make smart choices. For the shots of the young man I was able to achieve digitally a similar look of the torn and cut-out still photographs. Those parts therefore did not require the same intricate manual treatment as the memory collages.

The state of mind of the young man’s character is focused solely on his grandfather and everything else seems meaningless to him. I visualized that by shooting videos on the streets of my hometown that I later rotoscoped frame-by-frame in a faded continuously-changing style. I used that as backgrounds for the character as he walks the streets on his way to his grandfather’s apartment.

I used my own DSLR camera and equipment for shooting all the rotoscope videos, the stop motion animation and pixilation sequences both for the grandfather and the young man scenes. I shot the scenes of the young man in a studio in front of a white limbo background as I wanted to have a rough white edge when I cut out the frames.

The rotoscopy was done digitally frame by frame in Photoshop using a Wacom tablet. I created the opening title for the film by making marks with an X-Acto knife on black photographic papers and then looping it to create the dancing 2D animation effect. Even when I worked digitally, I tried mimicking traditional processes and techniques in order to get as close as possible to the imperfect handmade look.

This project was very labor intensive and other than Daniel Markovich’s beautiful music score and Ron Cohen’s sound design, I worked solely on my own on all stages of the production. The film was conceived over the course of a full academic year, right until the last night before the deadline, and a large portion of time was dedicated in the beginning for developing the concept, the script and the visual style.

I’m currently working on another short film for my Still NYC series. This actually didn’t start off as a series. Only after the second video I realized I wanted to keep creating more of these experimental shorts, with each one examining the city from a different perspective and by using different animation\photography techniques.

The first video was kind of like a catalogue of the different types of people and scenery I saw in NYC.

The second video was more about the daily ritual of commuting in the city. And I have a couple more concepts for future videos.

I’m also working on a rotoscope animation music video. I’m currently developing the rotoscope style – I want it to be minimalistic with basic lines and shapes, inspired by abstract paintings. In general, I love experimenting with inventive techniques and new styles. I enjoy mixing animation and live action in a way that gives the story new meaning. I want to work on music videos as well as develop concepts and scripts for my own short films.