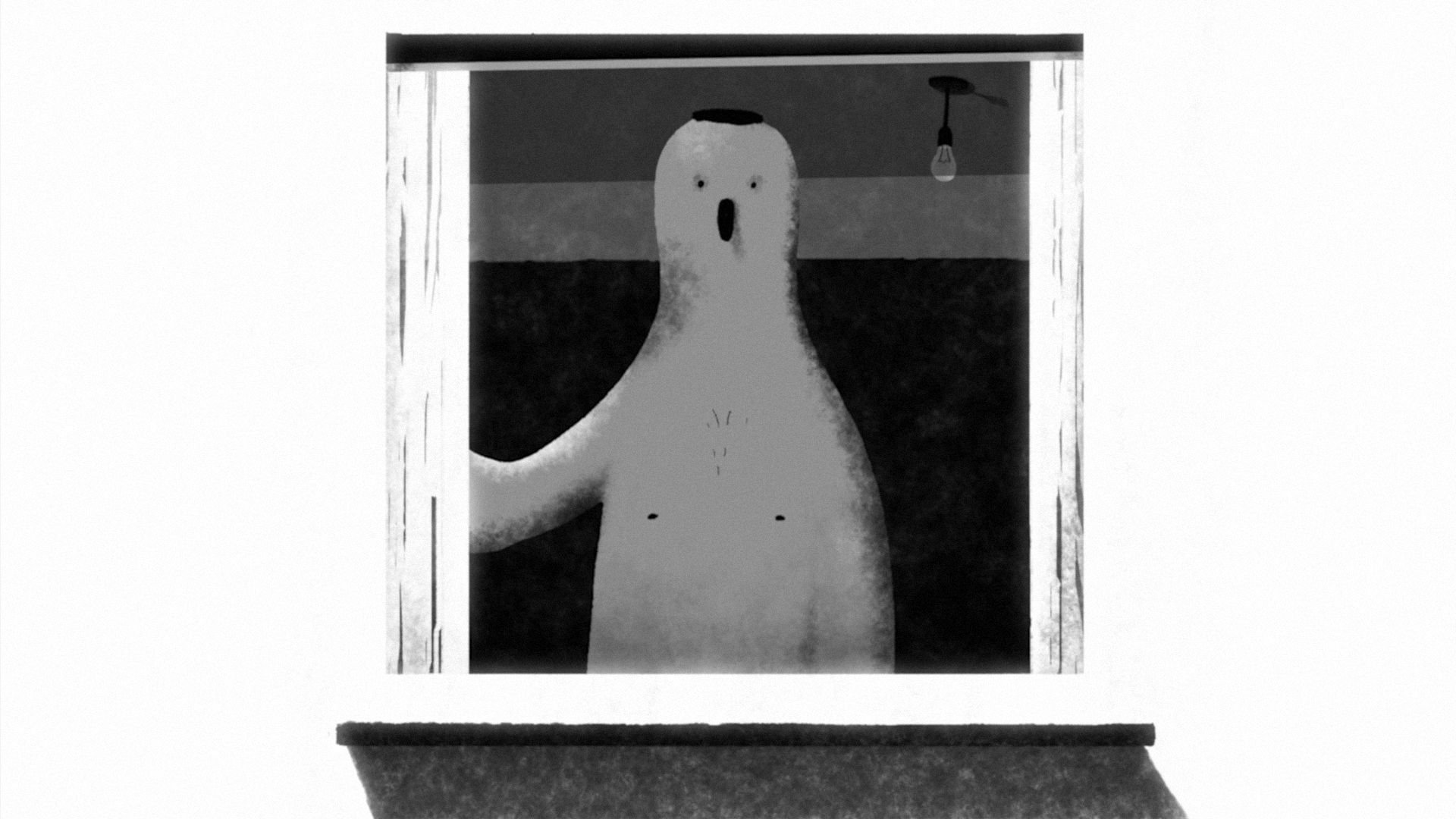 Temped by the compelling heartbroken prose of Israeli spoken word artist Arik Eber, Director/Animator Shahaf Ram raced against the clock of his impending trip abroad to create Separation – a sublimely realised mixed media expression of the emotional devastation caused by lost love. Moved by this highly personal, yet universally relatable contemplation on despair, we asked Arik explain how it came into being.

The text of Separation was written somewhere in 2014 by Arik Eber, an Israeli spoken word artist, following a break-up experience he had. Arik approached me in April 2017, just two months before I was scheduled to leave my small apartment in Tel Aviv, for a trip toward the Far East. In those two months, my original plan was just to have some rest, after an intensive period of consecutive projects, to take some time for myself and do nothing. Arik shared the text of Separation with me and played me a very early audio version of the it, recorded by his cellular phone. After that I just could not resist Arik and gave him my word that he’d have his clip ready in two months.

I knew two months was a very short time to produce a clip from scratch so I could not afford any wasted time on tests or unnecessary searches. This is the reason why there are almost no pre-production materials to share. More than 90% of the material ended-up in the final version. I knew I had to make simple and clever decisions in order to have the final version on time, and not to make artistic compromises in any elements of the movie, particularly in the animation itself.

I had three resources of inspirations that I wanted to use as starting points – old materials that I had kept long before Arik contacted me.

The first resource was a short GIF I’d made of a never-ending hug. I based the movie on the art and characters of this GIF. I wanted to use the same precise gentle movements combined with shivering textures. The GIF was developed from a tiny drawing in my sketchbook. I was sitting alone with my sketchbook late one night in a pub in Tel Aviv and I noticed a couple far away, hugging close and slowly. This hug was full of intensity and love, but was fragile and painful at the same time. I could tell this hug had a long story behind it.

This hug was full of intensity and love, but was fragile and painful at the same time.

The second resource was an old sketch that I had done from memory, trying to restore a private intimate moment with an old lover in my old room at my parent’s house. Lots of times when I draw from memory my first instinct is to portray the picture from an overhead prospective, as if I’m trying to look through the eyes of some god-like entity that can turn back time and re-examine past events. This perspective became the anchor of the film. A picture of a closed room, that only god is now watching, where so much happened before, and so little is left for the present. 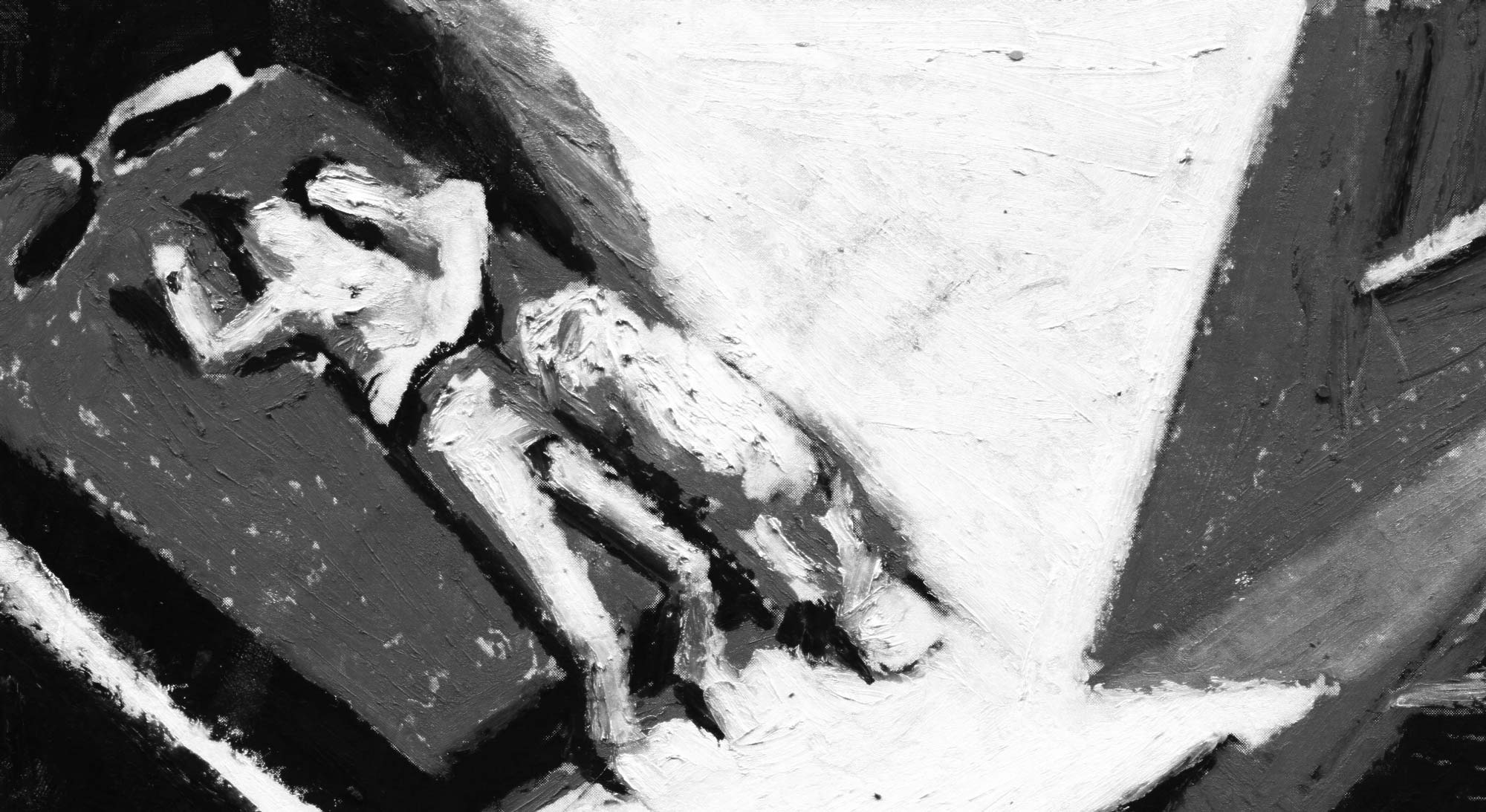 I developed this sketch into the main establishing shot of the movie, the shot which opens and closes every sequence. The theme that starts and ends every emotional loop that the brake-up put you through.

The third resource was documentary materials collected from past relationships I had. Some personal beautiful old pictures and videos which trigger me emotionally. I used them to establish an emotional attachment to the subject matter, which was essential in order for me to devote myself to the project, and create something worth creating. These materials became my inspiration board which I used for creating the camera angels, movements and direction. It brought sort of a documentary realistic feel into the minimalistic excessively-designed world I created.

When these three starting points were clear to me, I could start the actual work on the film. Since all the aspects of the movie were done by myself, designing, directing, animation, coloring and editing, I didn’t feel the need to explain my decisions to anyone (which was not easy for Arik to accept, and rightly so…). It wasn’t necessary for me to build a clear storyboard up ahead, as I knew the role of each moment. I knew the rhythm of the movie I wanted to create. My guidelines were footnotes I’d written next to the text, and inside this very loose but very clear structure I gave myself the liberty to use my intuition when deciding on gestures, timing and story-ideas.

I gave myself the liberty to use my intuition.

For instance, when the text reached a verse in which spontaneous memories erupt bringing the notion of utopic happiness and freedom, I felt it had to be told by the medium itself – to show this freedom through different means of colors and motions. This early understanding was written as a footnote next to the text. When I reached that part, it led me to play like an animation student and create an experimental stop-motion scene using tree pictures, leaves and Christmas lights on a light table.

The same intuitive processes were used to develop characters and poses, not the traditional way of character sheets. I understood how the character looks and acts dynamically through the animation process and through each new pose how they needed to reach.

This work-flow is not new for me. As a matter of fact, most of my projects, which I see more as a poetry then filmmaking, were done similarly. I tend to decide in advance the rhythm and the atmosphere of the movie. I build the course of a steady dramatic structure, knowing the emotional journey I would like to lead my viewers on, but leaving plenty of manoeuvrability/space for spontaneous decisions through the animation and the micro process, with no full pre-designed storyboard or detailed character sheets. Films like Glance:

And This is how it starts:

And so, after two intensive months of work, a moment before I departed to the Far East, a new short movie was born, short and intimate. I am thankful and happy to be a part of this film, and take great pride in it.