Visualising a dystopian future not too far removed from our digital present, German Director Anthony Capristo makes a welcome return to Directors Notes with Free Your Mind, his massively impressive sci-fi spec commercial for global brand Nike. We, of course, couldn’t pass up the opportunity to ask Anthony to share how he pulled off this adrenaline pumping visual feast which rivals many of its ‘official’ brethren.

The future, as we experience it in dystopian sci-fi movies, becomes reality. We live in a digitized world that controls and imprisons us while fleeing into virtual worlds that were unthinkable decades ago. Simulations that pretend they’re real. Imitated copies of life, so to speak. But what if our reality is also an illusion? What if we can create reality according to our ideas? These are spiritual and existential questions science fiction has been asking for decades. And I guess, they’re more relevant today than ever.

We live in a digitized world that controls and imprisons us while fleeing into virtual worlds that were unthinkable decades ago.

Inspired by genre movies like World on a Wire and The Matrix (including the anthology Animatrix) I wanted to create a commercial spec spot for Nike that combines these motifs with a dystopian approach that captures the current zeitgeist. We experience this world from the perspective of a young generation from different subcultures. They all break out of their metaphorical or literal captivity by freeing their mind, establishing their own rules and breaking the physical laws of nature. With the most expressive mix of retro futurism (such as using real Hi8 footage and custom anamorphic lenses) and contemporary urban style, we have attempted to visually depict the inner life of the characters. All together emphasizing the disturbing atmosphere of a dystopian digitized world where we already live.

We spent a lot of time in pre-production. Finding the right locations was a tedious process. We scouted a variety of lost places, industrialized apartment blocks and futuristic buildings in the style of Brutalist architecture in Germany. It was important to us that the sets have an eclectic style that combined retro and modern-looking elements. Our Set Designer Kathrin Adam did a great job by building most of the sets and props herself to create an artificial environment.

All in all, we shot 7 days in Berlin, Brandenburg, Frankfurt and Hof, with two different cameras: a RED Epic MX with Sigma, Nikon, Isco Anamorphic Lenses and as a B-Roll cam a Sony CCD-VX1E that outputs original Hi8 footage. The most elaborate and expensive of all scenes was the levitation one in which two people float in the air. We had to make sure that we had multiple matching plates with and without actors, rigging equipment and haze. A Kessler Cine Slider and Revolution Head was used for the camera movement. We were also honoured to have a trained stunt coordinator on set, who helped to rig our actors.

It was originally planned that in the levitation scene, three people would float in the air while being circled by a skater. Unfortunately this did not work out for safety reasons. This, of course, frustrates you, but it also gives you the chance to make a virtue out of necessity. The skater got his own scene, which in my opinion gives the spot the necessary pacing.

Almost the entire post-production was taken over by INFECTED. It took a lot of time in VFX, CGI, compositing, matte painting, 3D animation and much more. Everyone from INFECTED did an incredible job.

Even if the future is dystopian and the mood is more oppressive, people will wear Nike to express themselves and their attitude.

Hardly any other brand can combine sports and fashion with the urban lifestyle of a young generation like Nike can. Even if the future is dystopian and the mood is more oppressive, people will wear Nike to express themselves and their attitude. People who want to set their own rules and create a reality according to their ideas. Nike stands for this independent, freedom-loving attitude of self-realization – no matter what the world around us may look like. 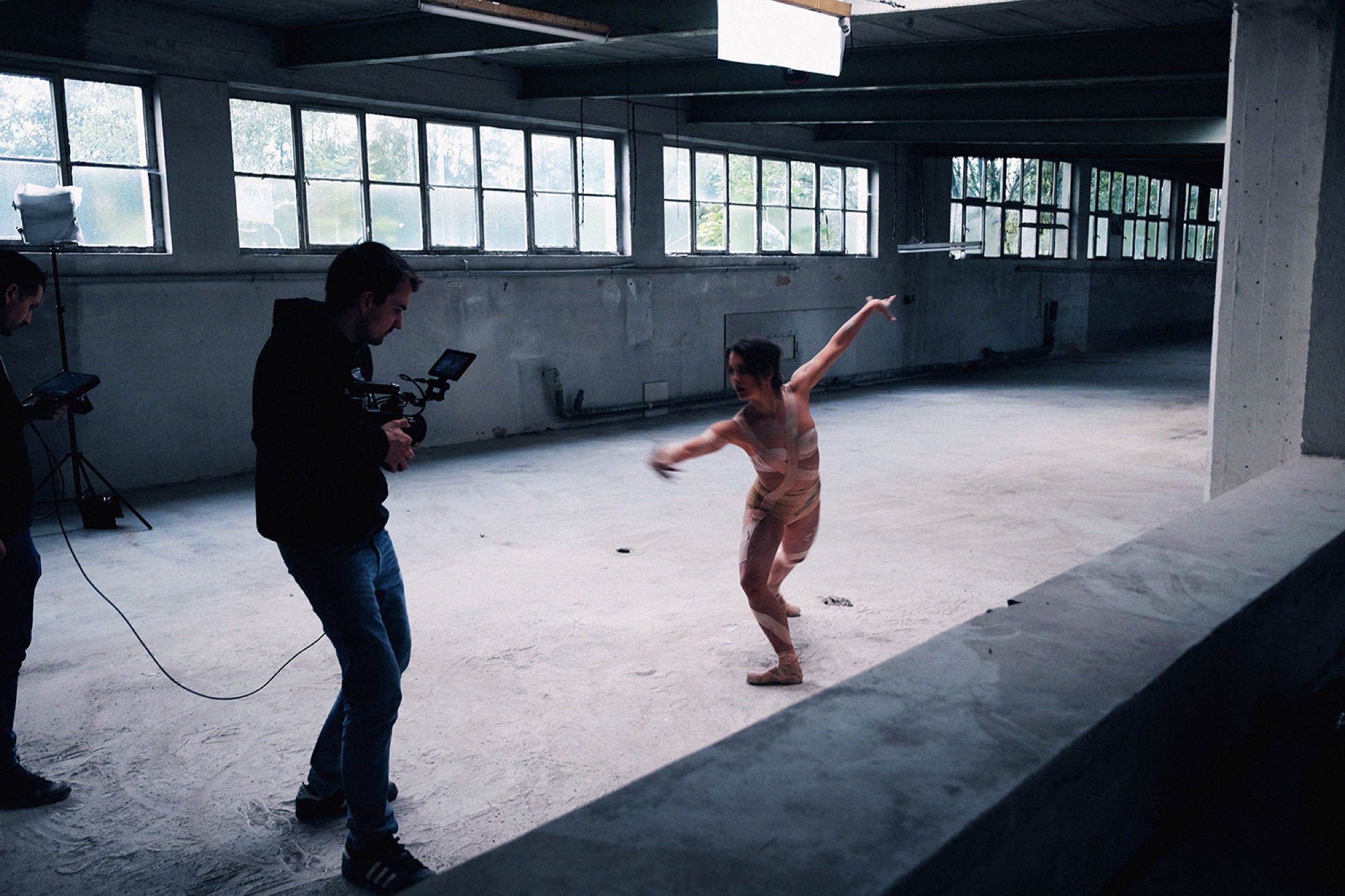 At this point I would like to thank my DoP Marco Schott, without whom this spot would never have become like this, my Editor Victor Haselmayer, who put a lot of patience and passion into this project, and my Composer Gowryrahm Mohan, who always intuitively understands what I want. And, of course, thanks to the whole crew. I’m very lucky to have worked with you on this spot.