Whilst it’s often said that it’s better to regret something you have done than something you haven’t, unless you happen to run with a very special crowd an orgy with your friends is probably better left in the playful realm of “Would you…” speculation than enacted upon in reality. That being said, a couple’s poor judgement about sexual boundaries is our gain as Director Joel Jay Blacker mines the premise for comedy gold in ensemble short Let’s Do It. We steal ourselves for awkwardness and speak to Joel about laughs over nudity, capturing the power shifts of group dynamics and making audiences feel uncomfortable.

I don’t know if there was a conscious effort to keep the visuals more tame. It mostly just came out of us focusing more on the relationships between the characters. The concept of nudity and sex in this film is supposed to be a little bit horrifying to the characters, so every time we brush up against it we want it to feel scary for the audience too. With the feature we’re writing we’re hoping to dive into that a little deeper and push some more boundaries, but with the short it felt more important to establish how strange and uncomfortable it feels when someone reveals themselves. 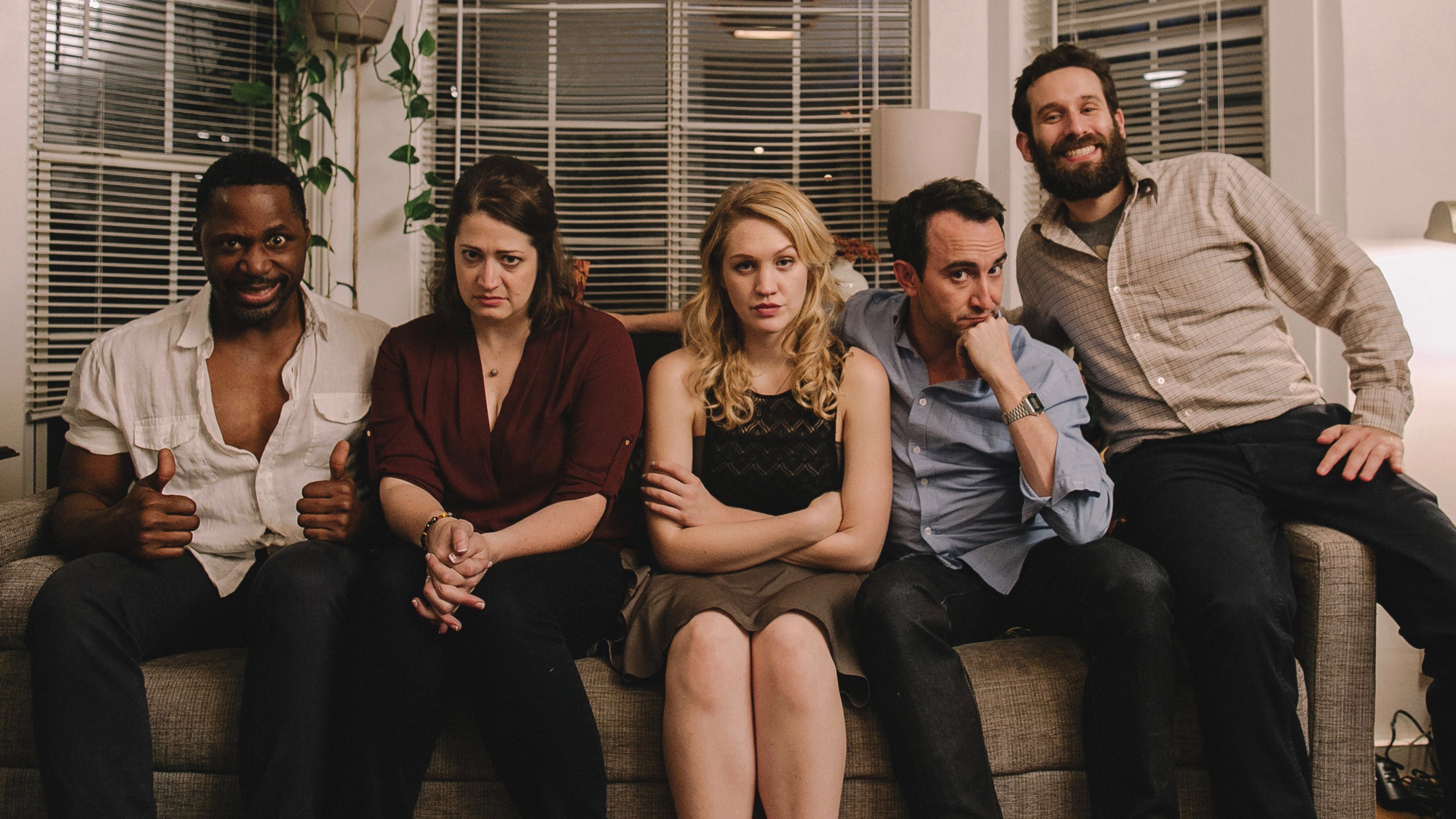 How did you establish the different character types and their levels of eagerness for the night’s activity? Did you provide the actors with backstories to seed their underlying annoyances and hangups?

We started with the two couples first. We wanted there to be a bit of a divide in ages and a divide in their respective level of excitement too. It was mostly set in stone from the beginning that Mark was the instigator of this event and that everyone was sort of still reacting to it. We had the actors rehearse in their couple pairings but held off on rehearsing with them as a group. We wanted the interactions inside of the couples to feel natural, but the interactions between each couple to feel awkward. I gave each actor a small backstory to their character, but it was focused mainly on how it pertained to the relationships with the other characters in the group.

In casting for the characters, we made sure to find actors with improv chops. We wanted the night to have a loose feel to it as if anything could happen. A number of lines that made it into the final cut were improvised.

Given the ensemble nature of the film, how did you approach visually representing the shifting power dynamics of the situation?

We shot everything handheld and mostly wide to give the sense that the camera’s perspective was just another person sitting in the room. I thought cutting into close ups would give the audience an easy out, rather than making them feel the tension in the room. The location was small which immediately gives the film a close and uncomfortable vibe between the characters.

The idea of a group of people meeting up to mash their bodies together is just kind of ridiculous.

The way that power shifts from character to character in the film was something we paid close attention to. Mark has a tendency to dominate conversations, while Allie shies away from confrontation. Each character has a moment where they try and take over and each one is met with a sort of failure in that respect.

Timing, as they say, is key when it comes to comedy, to what extent were you able to emphasis the comedic beats during post?

I tried to let the moments linger as much as I could. During the editing process, I would stay as long as I could theoretically manage in a single shot, and then I’d give it just a moment more. I’d try and drop a joke in at the end, sure, but it was important to me that it feel like an actual, awkward, terrible night. I’m sure it’s just as uncomfortable a scenario for me as it is the audience.

What uncomfortable scenarios will you be bringing to screen next?

As I mentioned, we’re working on developing a feature script for Let’s Do It. It follows the same characters, plus a handful of others. Things get out of hand, obviously, but we’re allowed to spend more time with the characters and that helps make the debauchery feel more grounded.

We’re also working on another film that’s more of a one-on-one, character piece. A soul-reading computer meets its match in a listless nobody who may or may not have a soul. It’s a tad bit science fiction, which is different, but we’re excited about it.