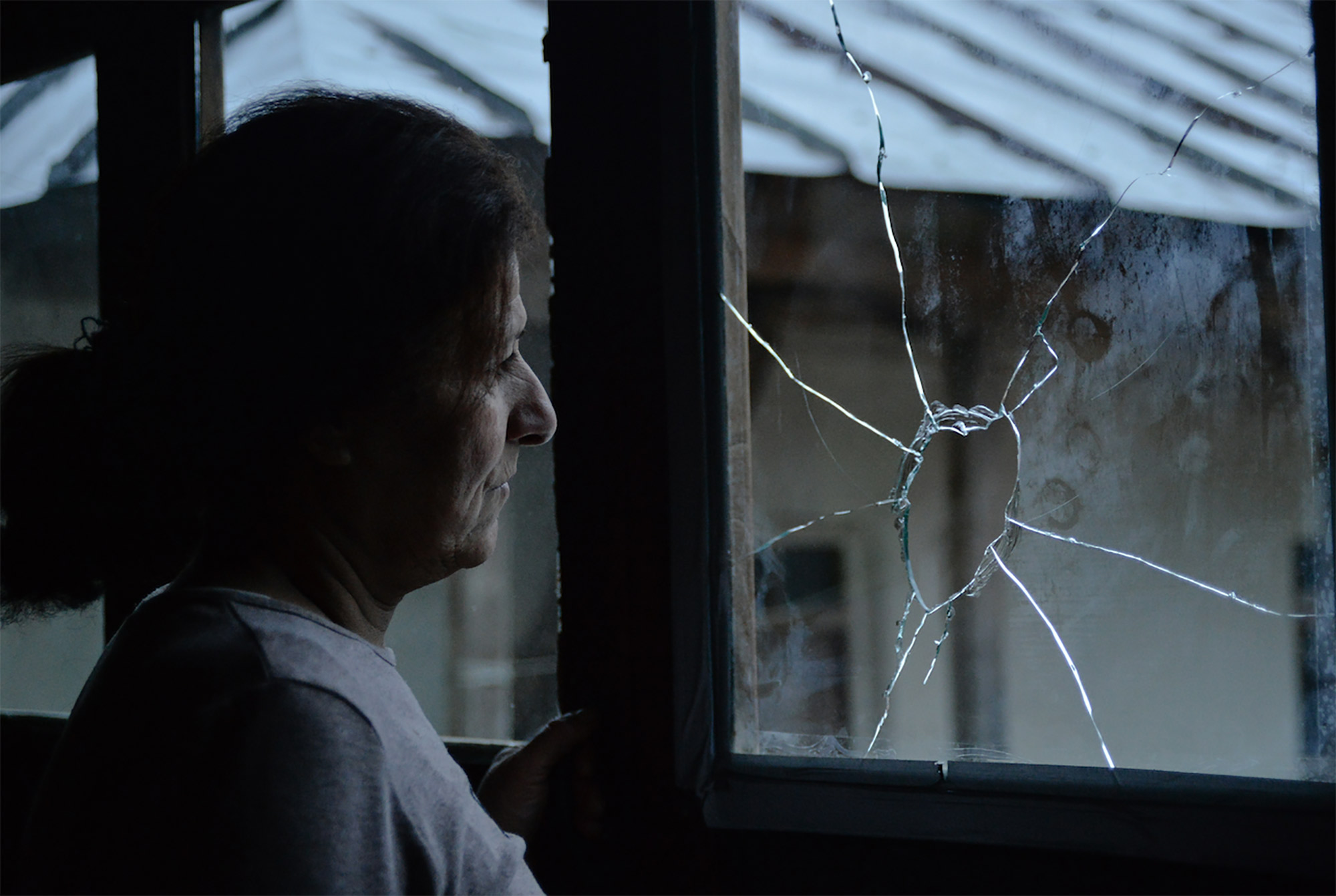 Reminiscent of a Coenesque descent into deception, death, and double dealing, Roozbeh Misaghi’s allegorical short Turquoise, sees a rural Iranian village caught in an escalating spiral of violence following the discovery of buried treasure. DN is honoured to present the online premiere of Turquoise alongside an in-depth interview with Roozbeh in which we discuss the creative climate for Iranian filmmakers, shaping non-professional actor performances and how he uses film to peer into the darkness of the human condition.

What is the position of filmmakers within Iran at this moment of time, are you free to create work without oversight or censorship? How difficult is it for Iranian filmmakers to get their films into the world?

As you may know, there is censorship happening for any kind of artist in Iran. It depends on what content they are trying to produce or which stories they want to tell. Obviously those ‘approved’ stories are very narrow and not all people can express their beliefs, values, and ideas through that pathway so they go underground. We have an underground cinema in Iran. It is not a movement, it is trying not to be part of the group identity that has been forced on to individuals.

It’s hard to talk about other filmmakers but I can assume what we really want is for the world to consider our films as a form of art and not a political shout. Our artworks can be universal and sometimes we do not want to be the presentation of Iran situation today and that is what art should do. Art is meant to be universal and to be considered as a result of a creativity that can overcome all the barriers such as politics or censorship.

We use film to express the darkness of life in a peaceful way.

Recently it became much easier for Iranian filmmakers to submit their films to different festivals. The main barrier is the fees and I am not saying they are high but because of the Iranian currency, the fees are enormous for Iranian people. Imagine a £30 fee for a festival is six times more expensive for an Iranian filmmaker to afford. Although many festivals understand this and they care, which shows how truly they care about cinema and films around the world. 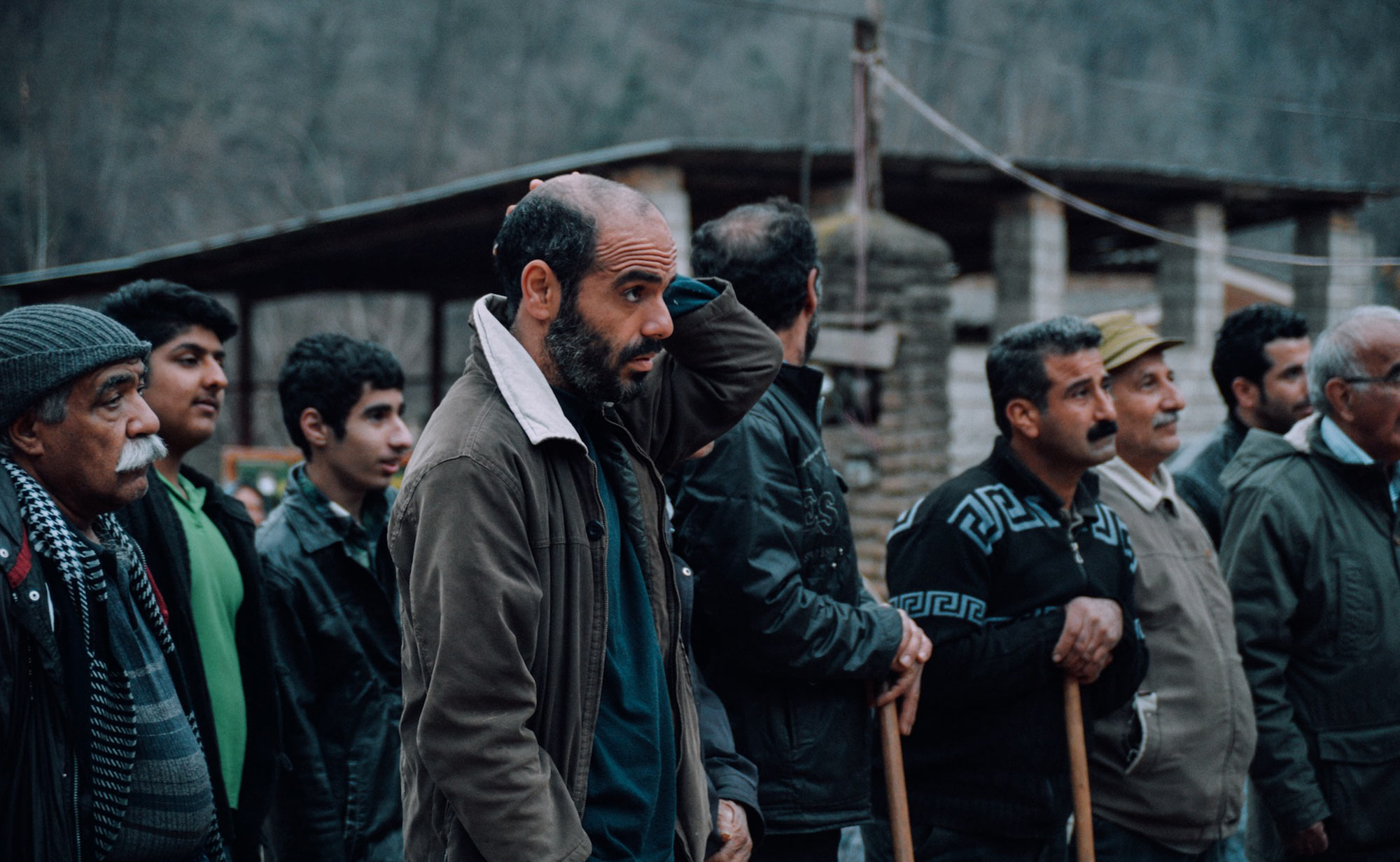 What prompted you to tell this story of a descent into deception, death, and double-dealing and then set it within the confines of a remote Iranian village? How much fun was it to plot out the various back stabbing turns of fortune?

We as humankind have a capacity to reach for our higher nature which is morality, different human virtues and perfection, and we can also reach to our lower nature in which we can become less than animals. This idea and this spectrum has always interested me and I wanted to explore it more. I chose a small remote village to think about it as a sample colony. They’re representing not just an Iranian village but a city, a metropole or any place that a group of people are living with each other. The scale really doesn’t matter as much as our actions do.

As to how much fun it was to plot this story, it actually was very fun. We use film to express the darkness of life in a peaceful way. In story development, we had to think about how manipulation works, why backstabbing is considered a way to success, and all this information and energy transferred to the film.

It feels that the villagers’ abandonment of productive labour in search of promised riches and the self destructive chaos that leads to has a strong political bent to it. Am I reading too much into it or is there an applicable criticism you’re making in Turquoise?

I would like to say it is a criticism of the culture that we are living in, of which politics is just a fragment. For me, it is more a criticism of our financial culture which is dominant and backed by everything else such as media which sometimes emphasizes just our lower nature to justify radical consumption culture. However this is my own point of view of film and I did not want to make a film that dictates this. I made a film to criticize what is controlling you as an audience which only you can think about it. Turquoise should show you how some of our beliefs and values have been shaped, sometimes even without us being aware of it.

Turquoise had to be shot in secret beyond the purview of the moral police of the Islamic Republic. What penalties would have been levelled if the shoot had been discovered? Did this cause any difficulties when finding collaborators for the project?

It is hard to review those days and the feelings we experienced. I’ll just mention that in Iran you have to rent equipment without insurance. There is no insurance company that recognizes ‘Underground Filmmakers’ so you rent everything; camera, lenses, lighting, dolly at your own risk. If the moral police had discovered us and if they checked the script and did not like it, I could have lost all the equipment which may not have even been the worst case scenario.

I was the producer and the director and I made sure all the responsibility of the production was on me and all the crew were onboard anyway as they were professionals and were passionate about the script that we were working on.

How do you feel the decision to work with a cast of mainly non-professionals contributed to the story you wanted to tell? What techniques did you use to ensure that your performers gave you what you needed especially as your were directing through translation?

I wanted to work and gain experience in ensemble staging. To have many actors on set to raise the impact of some scenes. The moment I saw the village during location scouting I decided to work with the villagers. There was this look on their faces which expressed all the suffering they have experienced for the past 50 years of their lives, working day to day in that village as farmers and fishermen. The other factor that led me to come to this decision was the difficulty to find professional actors in the age range of 60-70 for a short film. However, I think this is the best decision I made to work with those people as it was rewarding for the film and myself.

Working with non-actors is though but it is not a problem, you just need to change the way you are working with them. The main technique I used was the repetition of takes until the point they could take control of their emotions and actions. I had two plots as well, the main one and the one for non-actors. I did not want to overload them with information so I just translated what exactly needed to be said and to be filmed in each scene. If they needed to dig the ground they just needed to know that they have to do it as a simple routine activity that they always do.

I just used one professional actor for the Morad character, played by Reza Amouzad, who was born in the area and could talk the dialect. We worked together a lot. He also adapted himself towards different non-actors behaviors which was highly useful and I will be always thankful to him.

You take a measured approach to the film’s cinematography with largely locked off shots, how did you devise the cinematic style of Turquoise?

Sama Raoufi, our DP and I decided to have more locked off shots as you have mentioned in our wide angels for Turquoise as we believe we needed a slow rhythm for this film. The shots fit the villagers and the nature of their lives. The social life in that village in the story felt more static and using any other techniques would have contradicted with the story. Another reason was the mise-en-scène. There were many layers of the story in each shot and the locked off shots encourage the audience to take a moment and explore the story themselves.

Also, Turquoise is our first film experience and it is hard to say if we actually used a specific cinematic style. We have no strong belief in doing this kind of style for our next projects, although for Turquoise it was necessary. All we knew was the “Don’ts”. We knew handheld shots or steady cam shots would not work and it would change the dynamic that the script and the location were suggesting. We were inspired a lot by the works of Theo Angelopoulos and Roy Anderson as well. Finally, we wanted each frame to have its own visual impact on the audience as well.

Despite the nature of the narrative any actual violence occurs off screen, why did you decide to leave those moments to the audience’s imagination?

This is a 15 min short film. In shorts, time can be your enemy. Especially for a script which is trying to establish a character in a limited time. For me, all those violent scenes and the action itself was a distraction to the audience. I wanted to show them what it meant to be the main character Morad. How he transforms, what his journey is and how we are all partners in crime with him as we are watching this.

In shorts, time can be your enemy.

Showing the act of violence was no use for this film as the reaction of Morad was the money there. The exaggerated emphasize on his reaction gives us time to concentrate more on him, to analyze his motives and maybe even emphasize with him.

Turquoise now makes its way online after a successful festival run, how has the film been received at home? Have there been any reprisals or comments from Iranian officials?

I did not submit Turquoise to any Iranian festivals. And no there was no comment from any officials and I can understand why because I did not make a film to criticize the Iranian government as that is not my area of interest for this film. Turquoise is a trying to ground absurdism in a realistic milieu to express the characteristics of a corrupt system, a system that feeds itself. Corrupted system of thoughts and ideologies are still around us, they’ve just changed their forms.

Now that I’ve released Turquoise I can finally move on. I am going to make a short based in the UK in 2018 hopefully and we are in the development stage at the moment.