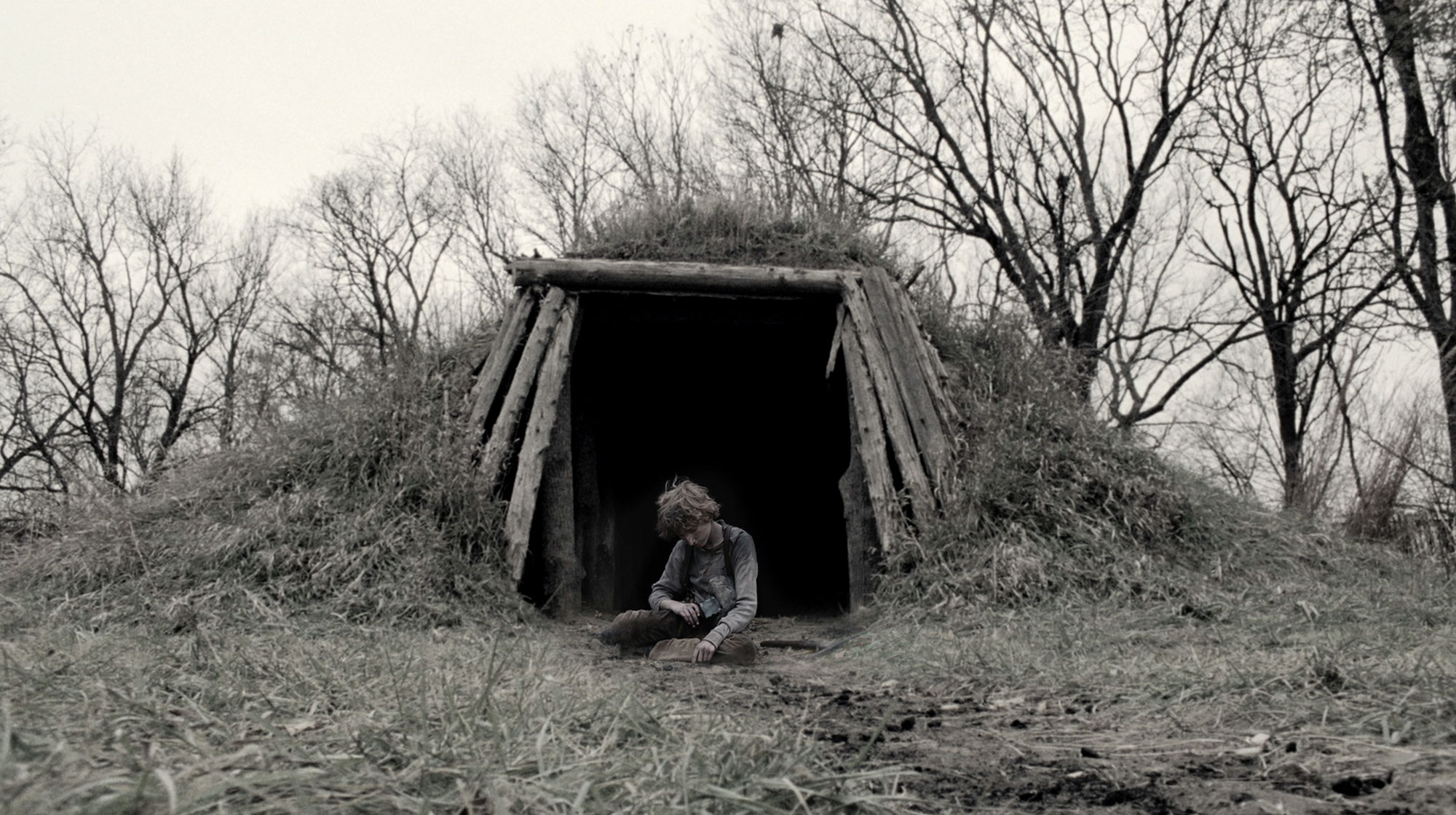 Inspired by Director Jesse Kreitzer’s maternal ancestors, Black Canaries transports us back to the blackened depths of early 1900s coal mining folklore as a family find themselves locked in a symbiotic relationship with a land that sustains them, whilst also proving to be the means of their destruction. In our interview, Jesse shares how extensive research into his Midwestern coal mining roots provided a rich foundation for this 35mm lyrical ode to America’s collective cultural heritage.

Although you describe the film as a folktale underpinned by three years of extensive genealogical research, Black Canaries is an original story rather than a realisation of oral history. How did the accounts and information you uncovered shape this fictional world?

I describe Black Canaries as a folktale, but I use the term quite liberally. Whereas a traditional folktale is passed down through generations, the film is the result of a genealogical study of my own coal-mining ancestry.

My great-grandfather Thomas Chapman was a miner from Maple, Iowa — a small town that dried up along with the coal in the 1920s. That’s about all I knew of my maternal heritage until 2013 when I moved to Iowa to pursue my MFA and learn more about my midwestern roots. For the first time in my life, I met extended family and decedents of Iowa’s coal camps to record oral histories, and digitize photo collections, county maps, and keepsakes. The stories of my ancestors, fragmented as they were, helped inform my understanding of the miner’s psyche and served as the connective tissue to develop the film’s fictional narrative. 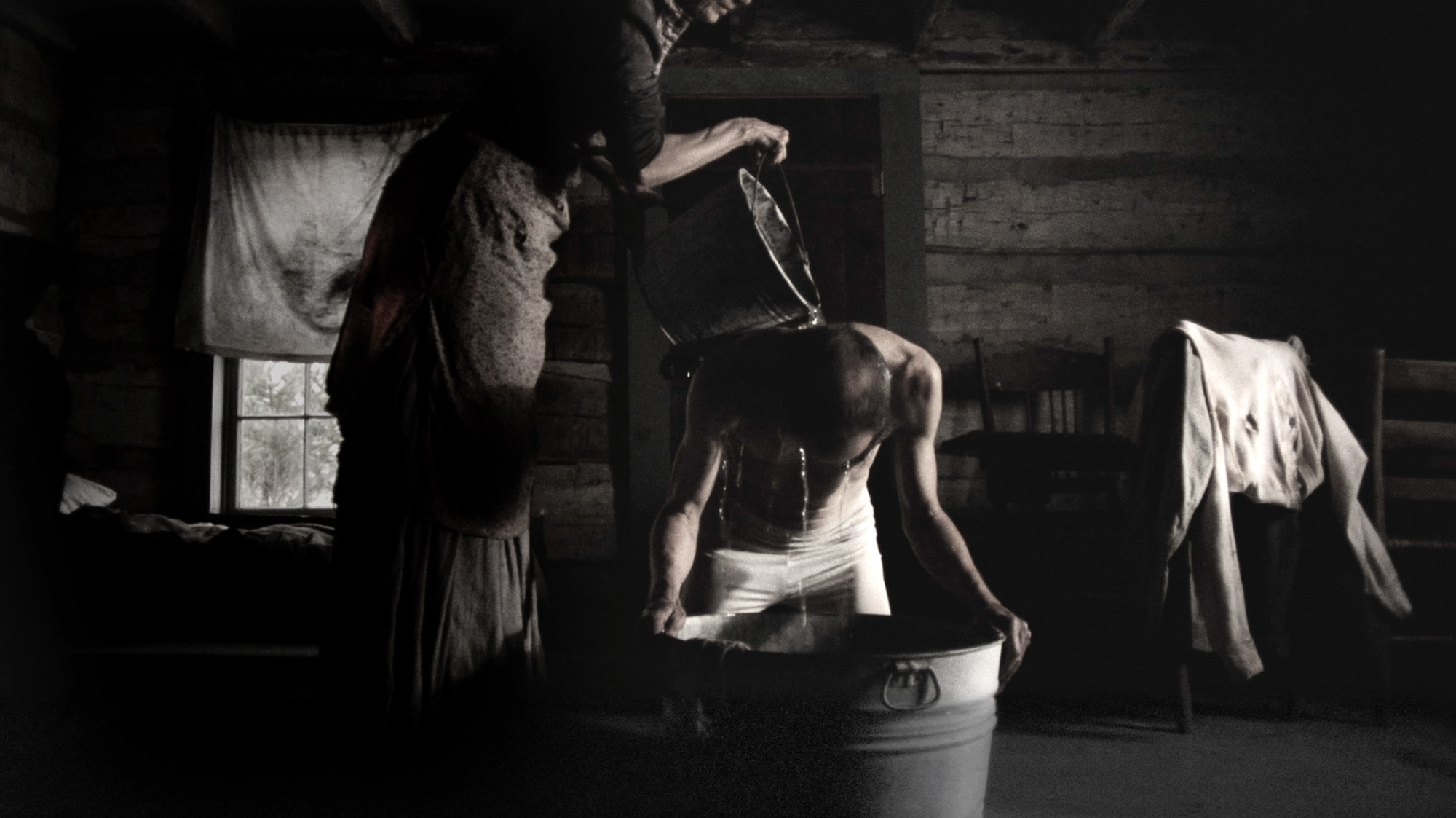 A portrait of a multigenerational mining family, the film is an ode to my ancestors, but there’s also a mythic component to the film that lends itself to folklore’s grey area, where fact and fiction become muddled. It’s what excites me most about using family history as a creative springboard.

Aside from their literal role as a means of mining safety, what’s the thematic significance of the Black Canaries title?

Each character is their own metaphoric canary bird — caged, vulnerable, and haunted by their own predetermined birthright.

The film was funded through a combination of private funders and a successful crowdfunding campaign, was it always the plan to combine those approaches to raise the full budget? How did those two funding experiences compare?

I tried to avoid the online crowdfunding route, which felt very impersonal. I wanted to connect with donors face-to-face and raise the budget in a more intimate setting. I worked with Illustrator Benjamin Mackey to produce a storyboard animatic of the film and organized a grassroots fundraising tour across Iowa, Massachusetts, and Vermont. I four-walled theaters and hosted screenings in living rooms and backyards, presenting a collection of my previous films along with the animatic. I also curated a pre-show of historic mining films, newsreels, and folk songs that were visually and thematically linked to Black Canaries.

I raised a portion of the budget on the tour and organized a Kickstarter campaign shortly thereafter. In retrospect, I would have launched both simultaneously, to galvanize donors and build a more concentrated fundraising drive. Regardless of the fundraising platform, I still had to develop and release a steady stream of content related to the production, and find ways to engage and incentivize my friends, family, and online network to support the production.

This is a cast full of strong faces whose characters largely rely on the richness of their expressions rather than dialogue. How did you find your actors?

When I started developing Black Canaries, I was thinking about the film as an exercise in visual storytelling. I questioned whether it was possible to sustain an audience’s interest solely through formal strategies of image-making. Nearly devoid of dialogue, each character’s face needed to convey hardship and suffering, so I was not particularly interested in hiring professional actors or holding casting calls.

I convinced myself that the production elements would fall into place so as long as I moved full-force ahead. I gave myself nearly six months of preproduction time and travelled to every corner of Iowa to track down locations, props, and talent. I found my cast of non-actors along the way — most of which lived in Fairfield, Iowa, a city comprised predominantly of transcendental meditators. Most of the cast were active practitioners, which lends itself to the film’s meditative quality.

The production was grueling, so all of the pain and agony on-screen required little direction, and was well-earned.

Principal photography took place in mid-November, and there was a twenty-degree drop in temperature, making it one of the coldest on record. The production was grueling, so all of the pain and agony on-screen required little direction, and was well-earned.

The combination of production design, costume and cinematography not only set the period but make it tangible. What considerations enabled you to so successful recreate this bygone world?

A few years before Black Canaries, I made a narrative film about folklorist Alan Lomax’s 1941 journey through the Mississippi Delta. I was already familiar with all of the considerations that go into a period drama, and ascribed to the same guiding principals on Black Canaries, namely: shoot on film, keep your frame tight, and invest in authentic fabrics.

I was captivated by the creative use of light and dark throughout the film, was it the dynamic range capabilities of film that led you to shoot on 35mm?

I believe that content dictates form, so I could never shoot a dusty, turn-of-the-century coal-mining film digitally. I would have spent twice the time and money in post-production trying to emulate the look of film, and would still have been dissatisfied with the results.

Production forces you to distill ideas down, to determine what’s really important to the story.

As for the lighting, Director of Photography Daniel Cojanu, Gaffer Max Moore, and Grip Roukun Yi deserve all the credit. We didn’t have an AD on set, so we were able to take our time. That’s also why I prefer to shoot on film. It forces you to slow down, think it through, and get it right.

I’ve read that you were quite ruthless when it came to the edit, doing away with entire sequences. How changed is the finished film from the original script?

The screenplay was much broader in scope than the completed film. There was an entire subplot about the family’s relationship to the township, and the father’s exploration of the collapsed mine. Production forces you to distill ideas down, to determine what’s really important to the story, and the film instinctively became a lot smaller every step of the way. Sure, it was painful to scrap big sequences, given the amount of time and energy that went into them, but it was never a hard decision to make. The material is always telling you what it wants to be. 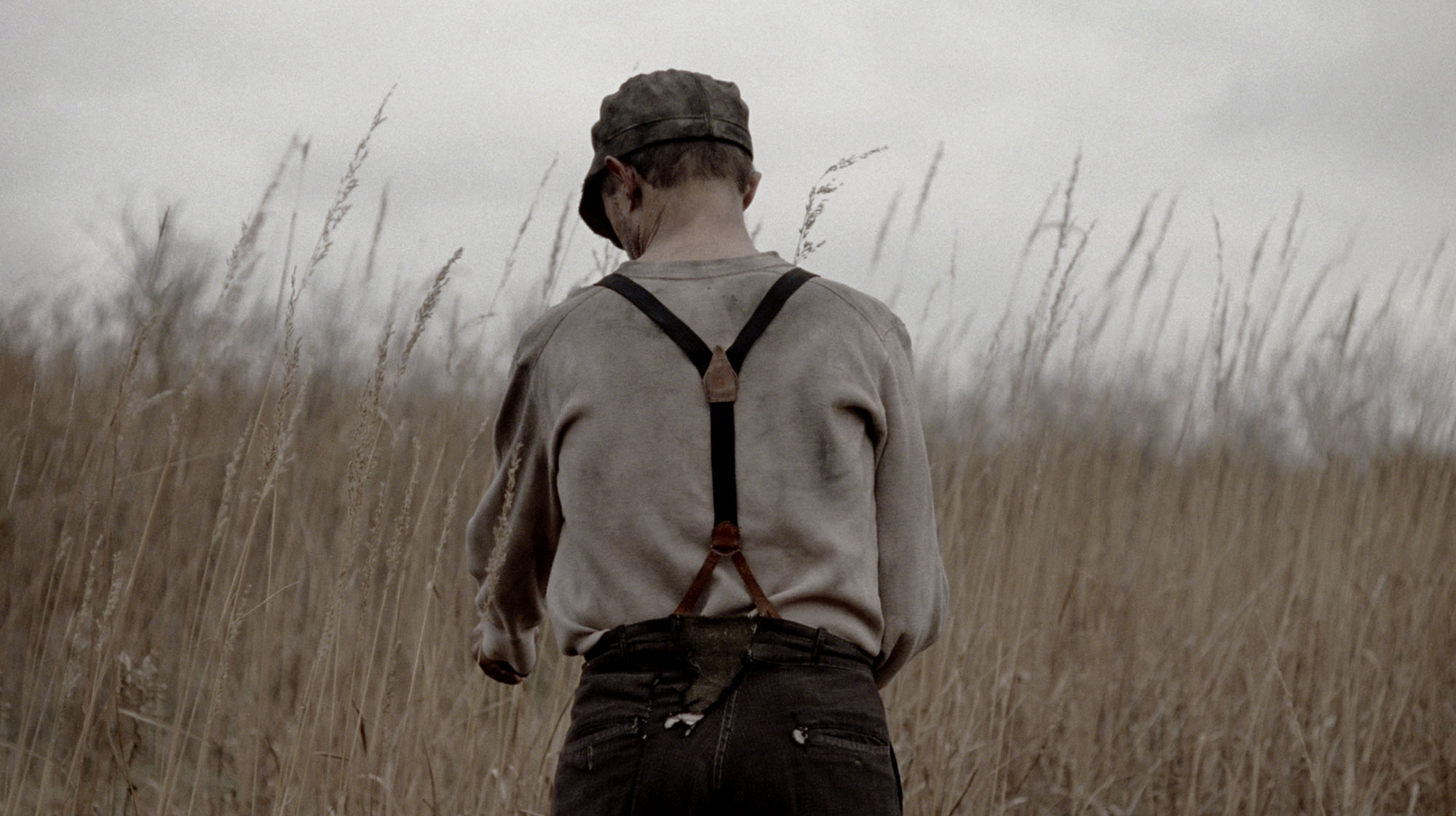 How’s your feature-length documentary Caregivers going? Can you tell us a little more about the project and what else you have coming up?

Caregivers is a hybrid documentary about eldercare in the hills of rural Vermont, and features live musical accompaniment by the Vermont Symphony Orchestra. It’s not an easy film, but an important one, given the fact that we’re on the precipice of what is known as “the silver tsunami”, the unprecedented decline of the baby boomer generation. By presenting the film with live orchestration, my hope is to create one-of-a-kind, communal experiences around a difficult, but vital topic: how we care for our aging parents and communities. I spent the past year building the infrastructure for the film to exist, forming partnerships with state agencies and nonprofits, and am now going back to fundraising to keep the work going. You can learn more about the film here.

I’m also developing Delta Bell, an underwater search story set during Vermont’s Great Flood of 1927. It’s another grossly ambitious undertaking, but I’m always pursuing the work that intimidates me most.