A story sadly repeated across newly anointed ‘hot spots’ the world over, Paul Stone’s NYC documentary Mulberry, presents the recollections and reflections of lifetime Little Italy residents who have watched with dismay as the area has been transformed from a working class neighborhood to one of the most expensive zip codes in the United States. We invited Paul to share why this story of lifelong New Yorkers pressured to make way for the moneyed elite stoked his creative fires and how he found a new family among this normally insular and unfortunately, shrinking community of New York stalwarts.

Over the past several years, I have directed several short films that explore how gentrification negatively impacts the soul of New York City. In 2006 my film Tales of Times Square explored the gentrification of Times Square. I thought if the seediest neighborhood in New York City could be gentrified, it wouldn’t be long for that trend to spread south and affect the neighborhood I call home.

The inspiration for the film Mulberry grew from my growing frustration with how my diverse working class neighborhood was deteriorating into a soulless theme park for spoiled trust fund brats, the uber wealthy, and endless streams of tourists. Gradual gentrification that took decades was quickly becoming hyper-gentrification, and I felt compelled to document what was left of Little Italy before the community and its unique culture was erased from New York’s history forever.

My first challenge was getting the residents to speak on camera. I usually embed myself in an area and get to know my documentary subjects before I start filming. Many of the people I wanted to interview were being harassed and sued by greedy landlords who were trying to pressure them to move out of their highly valued, rent controlled apartments. Spending a lot of time with my interview subjects and building trust before the shoot was important.

Baby John Aka The Cannolli King

My first interview was with lifelong resident, Dominic Ferraro – the only man in the film without a nickname. Most of the cast still go by nicknames that were given to them as children. In New York City, nicknames last a lifetime. Historically, Little Italy was an old world, close-knit community, and talking to outsiders was frowned upon. I was surprised to see that everyone was willing to participate and tell their story. I am also Italian-American, so maybe that helped.

I kept the crew small and nimble because I like to move fast and shoot multiple setups in one day.

My goal was to trace the immigrant journey from Italy to the Big Apple. The Italian portion of the shoot started in Rome, then moved south to the Amalfi Coast, Calabria, and Puglia and lasted about two weeks. All the New York interviews were shot over the course of ten days. I kept the crew small and nimble because I like to move fast and shoot multiple setups in one day.

I shot with a Red Scarlet that I own and cropped for widescreen at 60 fps. I usually work with a DP and shoot with an Alexa, but it didn’t make sense, financially, for this project. The shoot was long and extensive travel was involved, so I decided to direct and shoot the film myself. My producing partner, Claudia Montano, speaks Italian, so she helped build trust with the locals in the small Italian towns.

The edit lasted months, and film festival deadlines started approaching fast. I was able to make a few final submission deadlines just in time. My goal was to premiere at a New York festival because I thought it would be great for the cast to watch the film on the big screen with a live audience. I was elated when I got the call from Sharon Badal, VP of Filmmaker Relations and Shorts Programming at the Tribeca Film Festival. She asked for the world premiere! The whole neighborhood came to the premiere, and the cast walked the red carpet gangster style in Italian suits and fedoras. The night felt like a big Italian wedding. 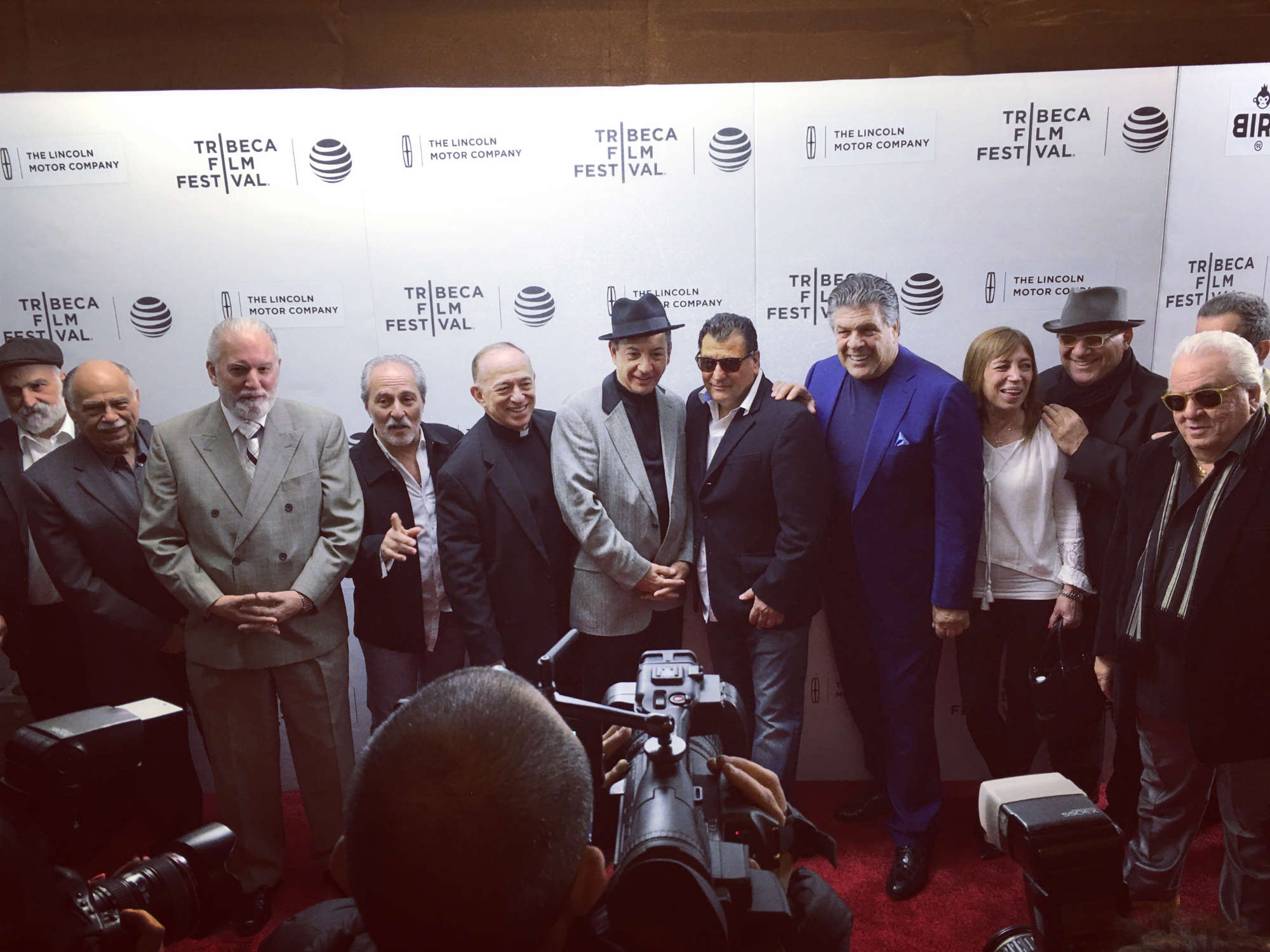 The highlight of the whole experience culminated in meeting Tribeca Film Festival founder, Robert De Niro. De Niro hung out on Mulberry street as a teenager, and he asked me to make him a DVD so he could watch the film at home. I was like “Yeah, no problem.”, but I knew that finding a company that burns DVDs with a quick turnaround these days wouldn’t be easy. One hundred fifty dollars later, the DVD was in De Niro’s hands that night. I crossed that off my bucket list!

Living in Little Italy and then on the Bowery in the age of hyper-gentrification was making me cranky. I was angry all the time. After I made Mulberry, it connected me back to my roots. Now I have this new adopted family, and I don’t notice the changes as much. The film rejuvenated my whole outlook toward the neighborhood. My next goal for the film is to get it in front of another Little Italy native, and my personal mentor, Martin Scorsese.

My latest short film, Big Elvis, recently had its world premiere at the Tribeca Film Festival in April. The film is about a 960-pound Elvis impersonator who is convinced that he is Elvis Presley’s secret love child.