Hitting UK cinema’s today, Director Jean-Stéphane Sauvaire’s A Prayer Before Dawn, tells the true story of Billy Moore, a young English boxer incarcerated for three years in one of Thailand’s most notorious prisons. I had the pleasure of getting reacquainted with Jean-Stéphane – we first met back in 2012 to discuss his third feature Punk – to find out how he brought authenticity to this harrowing story by using a real Thai prison and an army of non-actors, many of whom were actual Thai boxers and ex-convicts.

Most people will know you from your success with child soldier feature Johnny Mad Dog. Can you tell us about the equally violent world you explore this time in A Prayer Before Dawn?

It’s a boxing prison movie based on the true story of Billy Moore, a guy from Liverpool. He had a kind of violent childhood and decided to change his life at the age of 27-28. He moved to Thailand to quit his addiction to drugs and became a boxer but fell into drugs and addiction again, started selling drugs and then got arrested and spent three years in a Thai prison. It was in that environment that he found himself and his own freedom – releasing his violence through the Muay Thai boxing he did with the club they had inside the prison.

How did you first discover Billy’s story?

My Producer Rita Dagher brought the script to me as she thought I might be interested in this kind of story. So I read the book, then met Billy Moore in Liverpool and I immediately fell in love with this guy because he’s violent in a certain way but also very sensitive and vulnerable. He’s a mix between a kid and the violent guy. It wasn’t that far from the kids from Johnny Mad Dog in a way – confronted with violence from an early age in his life but at the same time, he was kind of still like a child. I thought that he would be a really amazing human being to portray on screen.

I immediately fell in love with this guy because he’s violent in a certain way but also very sensitive and vulnerable.

How involved was Billy with the film as it went through the various stages of production?

I also thought it could be great to have Billy on set so he was supposed to come to Thailand but as he didn’t finish his sentence in Thailand, but in the UK, he was blacklisted so couldn’t come. We shot the final fight of the film in the Philippines so he came for a few days at the end to shoot his cameo in the film. He was very close to this project. Every time we needed something or Joe Cole the actor needed to know something about the character, we’d call him on Skype. It was great to have him onboard. 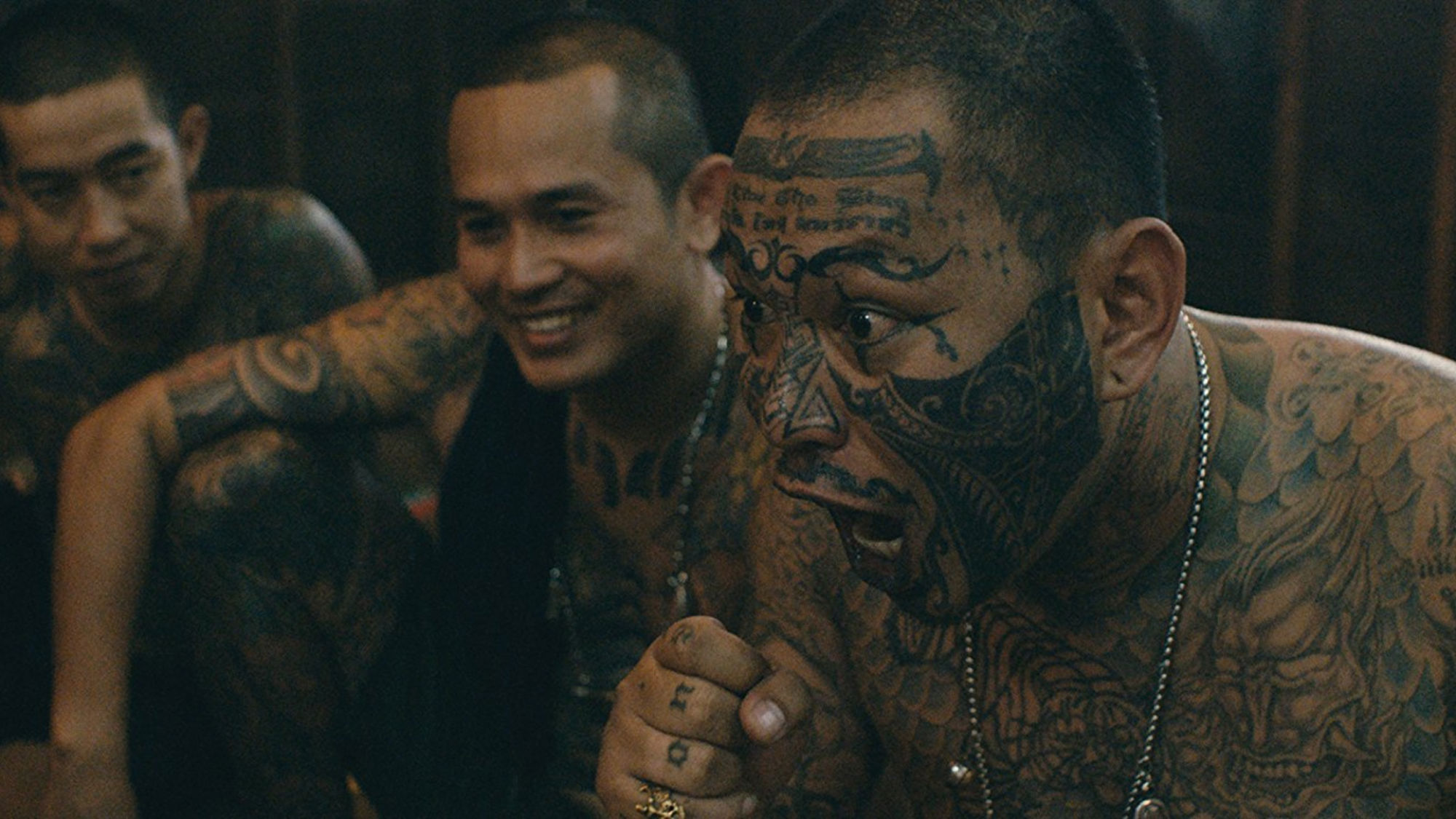 To say the film doesn’t make Thai prison seem like a nice place is a massive understatement. Did that depiction make it difficult to gain permission from the Thai authorities to film in the country in a real, decommissioned prison?

It wasn’t that easy. We had a production company in Thailand Indochina who did a great job because they finally got the permit from the government from the office of tourism in Thailand. Those people would prefer to show another image of Thailand. I didn’t want to depict Thai prisons as the worst in the world but it’s a prison, so no matter where it is in the world it’s not the best place to be.

Even though it shows this tough prison in Thailand, it also shows the humanity of the Thai people. I think they understood that I wanted to do something honest and not against the country. I had a censor on set every day who was watching what we were shooting. We discussed the film and agreed on the script so they finally played the game. I told them that if I really wanted to make a film to depict Thailand as the worst prisons in the world I wouldn’t shoot that film in their country, I could go anywhere else to shoot it. So yeah, I think the proposition was really honest, trying to depict the prison as it was.

The whole film has a great sense of immediacy as if we’re personally there with Billy. The fight scenes especially made me feel like ducking several times. How did you develop the visual style of his life in prison punctuated with the energy of the ring?

My goal from the beginning was to immerse the audience more than keep a distance between them and the character as is the case in most of cinema. I wanted to be more immersive and visceral in this film, being with Billy through his hands and skin so that when he’s sweating we sweat with him. For me, it was really important to create cinema that’s more immersive because I think we need this kind of experience as an audience.

It was really important to create cinema that’s more immersive because I think we need this kind of experience as an audience.

The first goal I had was to do the film as an experience, showing the boxing as if we were in the ring also fighting the opponent. Usually, in most boxing films you do a lot with editing so it’s kind of fake but the technique and editing make you think it’s a real fight. I thought it would be interesting to do the opposite, meaning shooting all the scenes as long shots, doing the choreography of the fight so they punched each other, not very hard but I think you need to have contact which usually you don’t.

So it was more organised as an action scene, meaning long shots for up to 10 minutes with the two boxers in the ring, which was a real challenge because they had to rehearse a lot – every punch, every step in the ring. Joe Cole was very brave because he had to fight with professional boxers who are really strong and didn’t really care about being careful. At the same time I think he gives something more authentic.

I know that there were some initial setbacks when it came to casting so how did you ultimately end up working with Joe Cole?

We have the same agent in the US so he was the first who told me about Joe and sent me Offender, a film Joe did several years ago set in a juvenile detention center playing a similar character, as well as a short film called Slap where he’s playing a transgender boxer. The combination of the two films really showed Joe’s ability to be violent and vulnerable at the same time which was very close to Billy Moore. I was really interested in adding this contrast and paradox of being like a child who could be violent at the same time. Even physically he has some similarities with the real Billy Moore, they have kind of the same look. He was the perfect actor for this part, I can’t imagine the film now with someone else in this role. 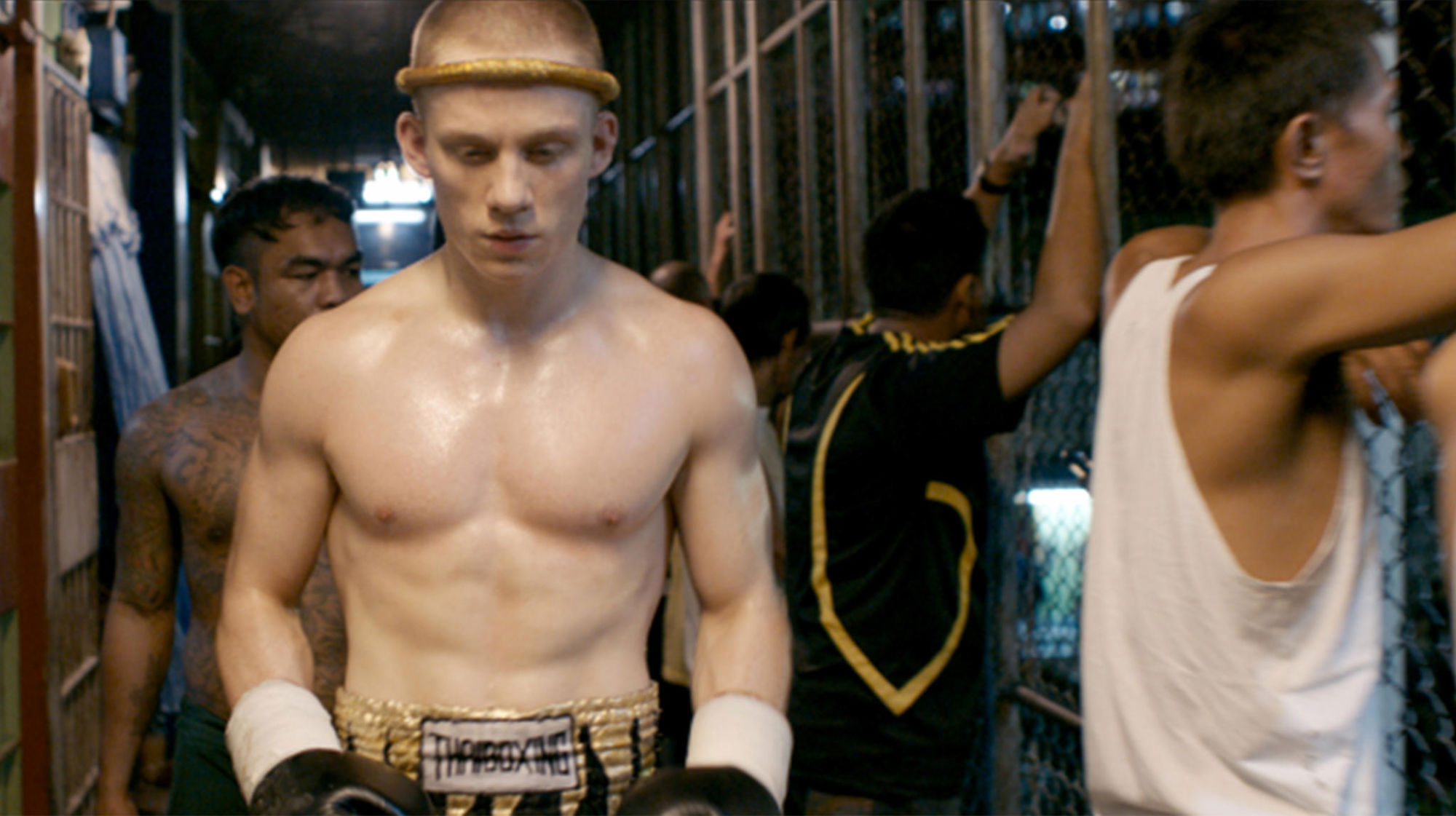 How did you condition him, not just physically but also mentally in the way he carries himself through the prison?

Physically he came in advance to train in a real boxing camp in Thailand, not a gym in LA, which was I think very interesting for him. After I’d prepared the film for almost a year and had all the cast, I introduced him to all the prisoners. I guess when you’re suddenly in front of 50 people, all non-actors, ex-gang members, former prisoners or boxers, you are immersed as an actor in a world that you don’t really know, but that can help the performance because the actor is in the same position as Billy was when he first ended up in prison. I think that helped him to be in the same mood as Billy was when he ended up in this prison in Thailand.

Are you planning to return to the world of violence once again for your next project or do you have maybe a love story that you want to tell?

The title of the next one is Addicted to Violence so I’m not sure it’s going to be a romantic comedy! I guess I need one more film about violence. It’s an exploration of violence in the world and how we can fight the violence as well. Films around this theme are also a way for me to fight the violence which I think is not the solution for everybody in life. What was interesting for me in A Prayer Before Dawn was that it’s the story of this guy who fights his own violence and found his freedom in a prison and release from his violence. I think that’s a theme I have in many of my films.

This interview was taken from a longer podcast DN recorded with Jean-Stéphane Sauvaire at the London Film Festival.