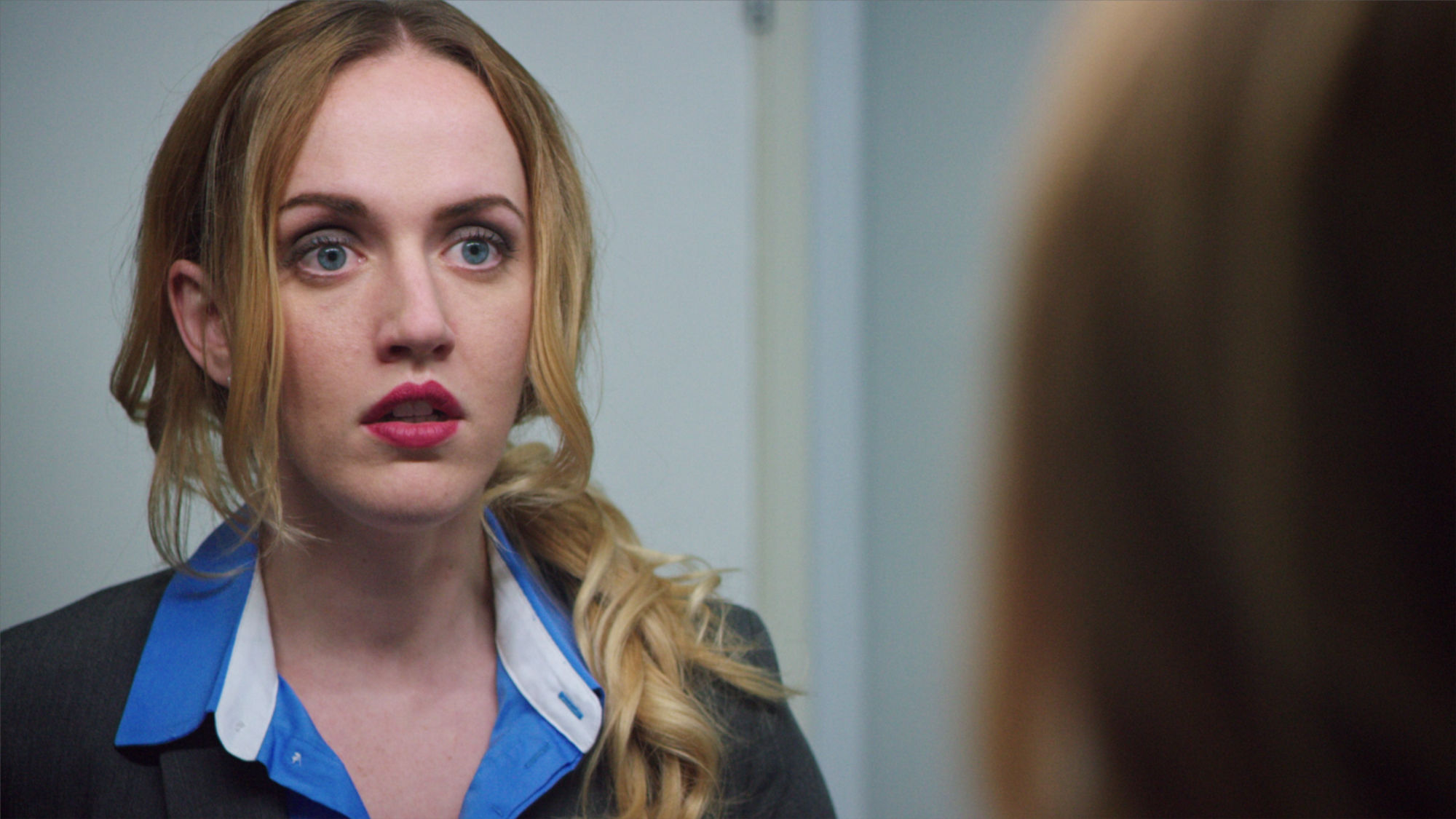 Shot over the course of three busy blood soaked days, horror short Heartless transports the gruesome acts of Edgar Allan Poe’s The Tell-Tale Heart to the corporate office where an overlooked associate’s presentation is derailed by memories of her horrific actions the night before. DN caught up with Director Kevin Sluder to discover how he collaborated with his FX team to amp up the gore.

What inspired this corporate take of Poe’s The Tell-Tale Heart?

When I initially thought of adapting the story, the first image I had in my mind was of this rising female exec (Shelby) staring into a mirror before a corporate presentation, having done some extremely shady stuff the night before. I thought it would be really cool to bounce the classic Tell-Tale Heart narrative between this shiny, contemporary office space and Shelby’s memories of the darker events of the previous night. I wanted the film to have an American Psycho type vibe and once we found the glass-encased office location, I knew we could make that happen. I wanted the film to stay true to the spirit of Poe’s original story, so we did some things during production and post-production to bring that home.

First, we really emphasized the gore. In Poe’s story, the narrator describes what he/she did the night before and it’s pretty gnarly. I definitely wanted to push that as far as I could so I got the best blood FX team in indie horror, Josh and Sierra Russell (Psychopaths, The Ritual) to lend their talents to the piece.

I felt like the more extreme the flashbacks were, then the more the audience would go along for the ride when Shelby’s mental state starts deteriorating in the office. I knew I needed a top-notch actress for this role so I reached out to Stacy Snyder. She’s so incredibly likeable on-screen. I felt the contrast between her clean image in the office and the darkness of her deeds the night before would make for a compelling piece.

Heartless is a delightfully bloody short, how does working with so much gore affect your approach on set – i.e. does clean up limit the amount and order of takes?

Well, thanks for the compliment. We were definitely going for “delightfully gory”. Having the number of blood FX that we did (7 in 10 ½ minutes of screen time), required a top notch FX team and solid rehearsal of exactly how the scene would play out. Because we had the Russells on the job, we never had to do a re-take. They’re absolute pros. On the majority of the effects, it was one or two takes, which saved on time and wardrobe.

The order was determined by their placement in the script. You don’t want to do a heavy blood-ridden scene then go back to a point earlier in the script with that character. So, we laid out the effects as they came along in the script. For the office, we had one day where we shot the scenes that had no blood in them, then on the second day in the office, we shot all the blood scenes. So, yes, the FX had a definite effect on my approach.

I felt like the more extreme the flashbacks were, then the more the audience would go along for the ride.

Plus, it takes time to get the actors prepped in makeup, so you have to work that into your schedule – i.e. shoot other scenes while the FX team are prepping the actor for the bloody scene. As for the clean up, we had special paper on the floor to catch the blood in the house. That was pretty easy to clean up. You just pull up the paper and throw it in the trash. We had the same paper on the office floor but quite a bit of blood splattered the walls, the table, etc. We were there pretty late after filming cleaning it all up. Haha.

How did you bring that all together in post?

When we went into post, I wanted to make sure that the audience would stay in Shelby’s world. Matt Mercer used some really creative editing to help visualize the decline of her mental state. Then the final piece was the soundscape. I wanted a combination of a really dense sound design and a killer score to bring it all home. So I went to Shawn Duffy (Darling, Carnage Park) for sound and Steve Moore (The Guest, Mayhem) for the score. I knew that I needed all these things working together to bring Poe’s story to life and, luckily, these pros made that happen. 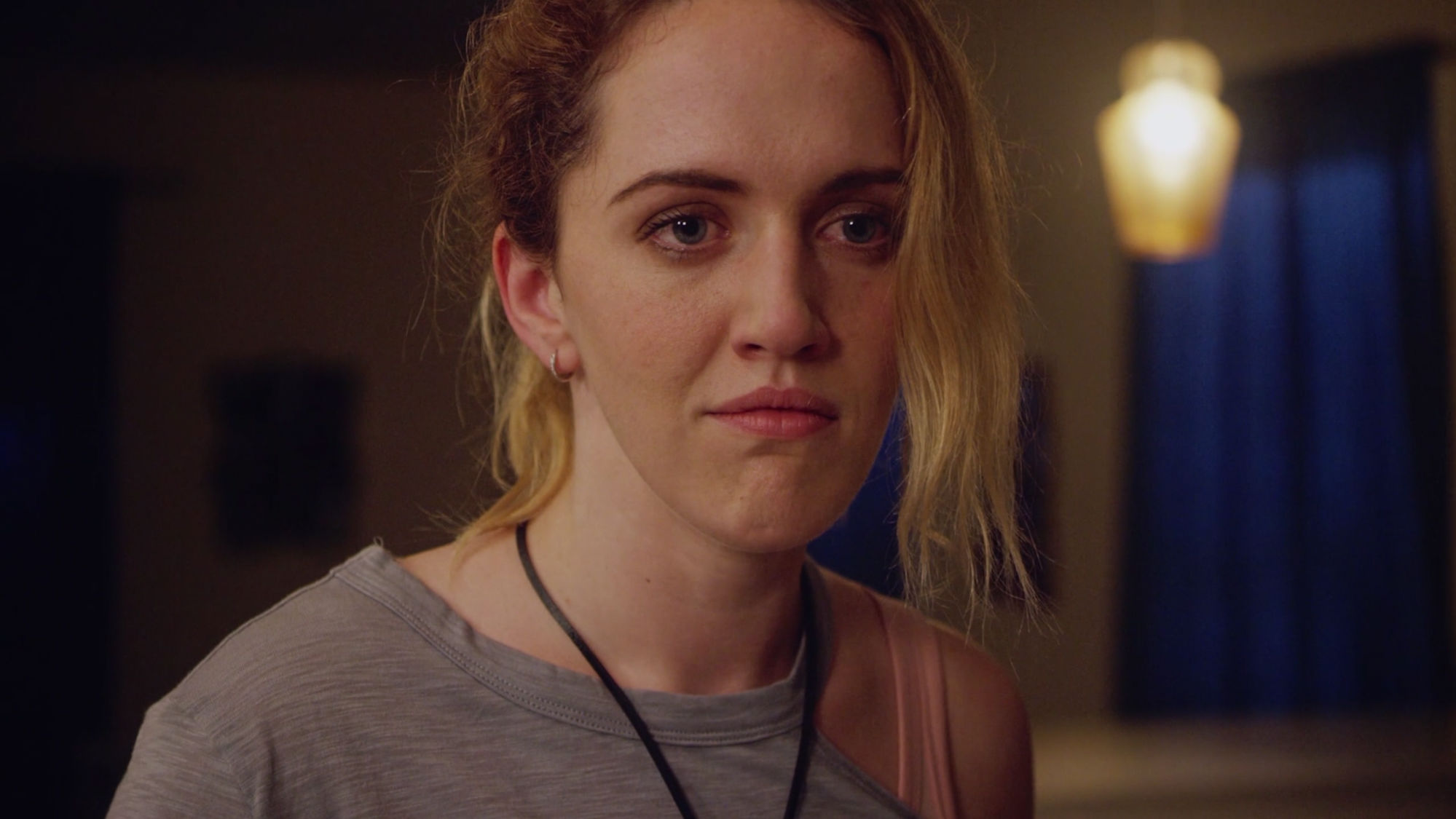 What will we see from Sunshine Boy Productions next?

We have a couple projects in the works. I just finished a horror feature script and we’re looking at the budget and seeing when we can get it off the ground. And I just started up a neo-noir adaptation of a short film I wrote called Play Violet for Me. It’s coming along nicely, so hopefully you’ll be hearing more from us soon.