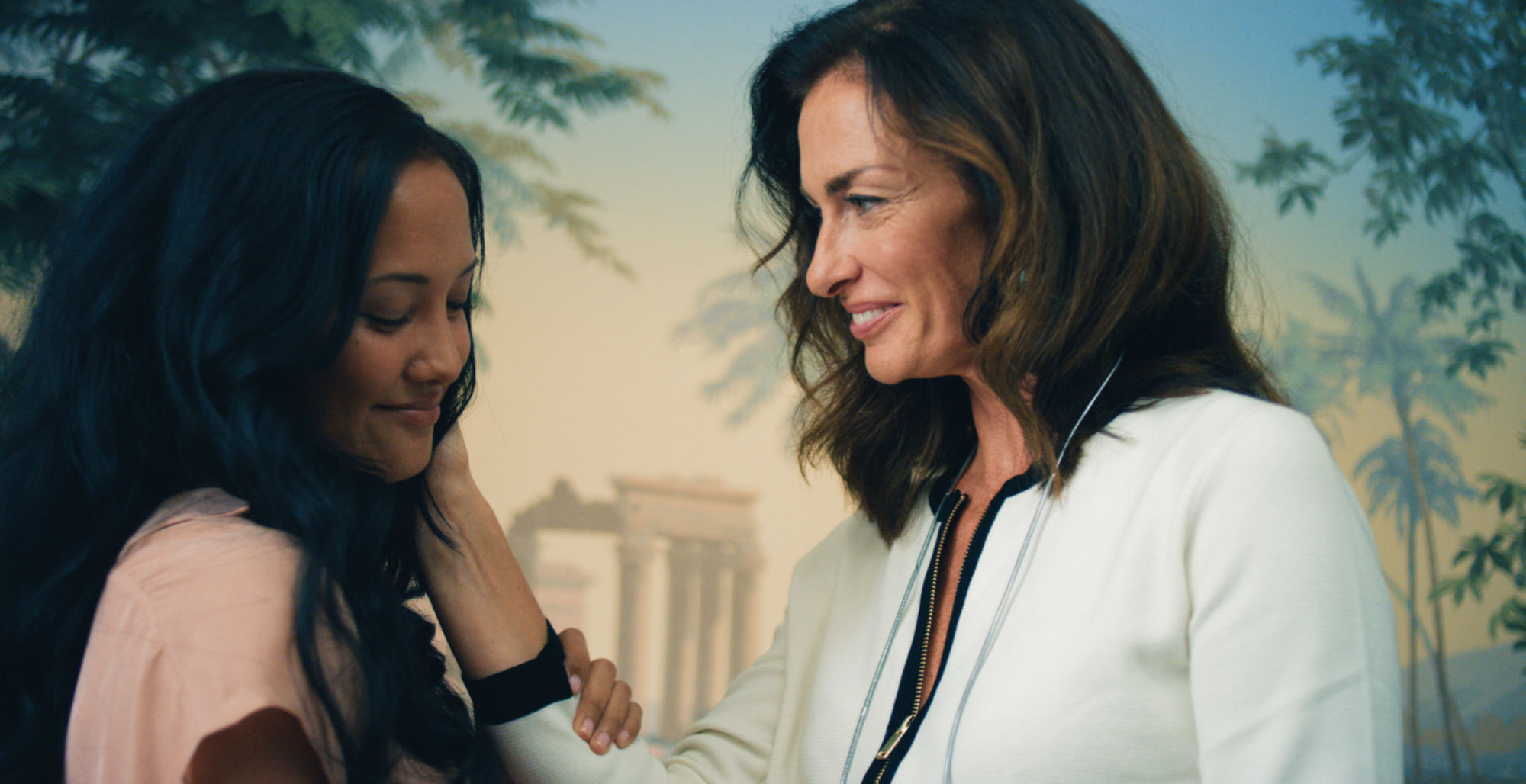 Last seen on Directors Notes with dance short In My Dreams I See Volcanoes for the Barbican, Lexi Kiddo’s new MUTO music video Cloud Party is bound to resonant with anyone who has ever found themselves lost in a reverie of memory, idly scrolling through a photo library reminiscing about a past relationship. DN invited Lexi to share how a desire to take a lighter approach than his previous collaboration with the Sydney producer reshaped the initial project parameters from casting through to the futuristic memory tech.

This is the second video I’ve directed for MUTO and I am lucky to be working with an artist whose music I can connect with. I feel that MUTO’s visual world is emotive, dark and near-future – a tone that was set by our previous video for Say Nothing.

There were a couple of tracks we discussed for a concept that would have a lighter tone and we felt that Cloud Party was the best fit. The video follows a woman who is able to access her memories and temporarily relives moments with her younger ex-lover before these fade away – it’s like a dangerous loop that you can get stuck in.

This time we wanted to approach the visuals in a lighter way – vibrant colors, a brighter feel and a more feminine tone. Even though it’s a sci-fi story we reference technology with analogue, old-school devices like photographic slides, scanners, etc. I think this adds a more romantic touch and doesn’t let the sci-fi aspect of the story dictate the overall aesthetic.

Even though it’s a sci-fi story we reference technology with analogue, old-school devices.

The characters initially were a boy and a girl but while developing the concept we felt that this type of dynamic has been overused in music-videos. I think the two women in Cloud Party make for a much more compelling relationship and our talented cast, Jo Price and Katrina Anne Ward did a fantastic job!

The whole project took approximately two months. It was a small and tight crew but that helped move things faster – Edward St Paul and Muhanned Haraz were in charge of cinematography and we shot using a Red Dragon and a MOVI – I think everyone enjoyed shooting in that location as it didn’t feel like filming in London.

For the VFX work, our Animator Louis Du Mont came along to the shoot – we did an environment capture and also shot several empty background slates to give him as much material to work with as possible.

Some of the VFX elements are completely 3D such as the glass or the fork. The shots in which the character ‘disintegrates’ are a mix of live-action and 3D footage compositing – Louis achieved a 3D scan using photographic images of Katrina’s face and skin tones in order to recreate her form as an empty shell with a 3D-feel.

When we were editing I worked closely with Louis and Caroline Morin from CHEAT who graded the film and enhanced the visual atmosphere greatly!

My next project will most likely be a short film – I’d love to work on something with dialogue and strengthen my skills in storytelling. 🙂