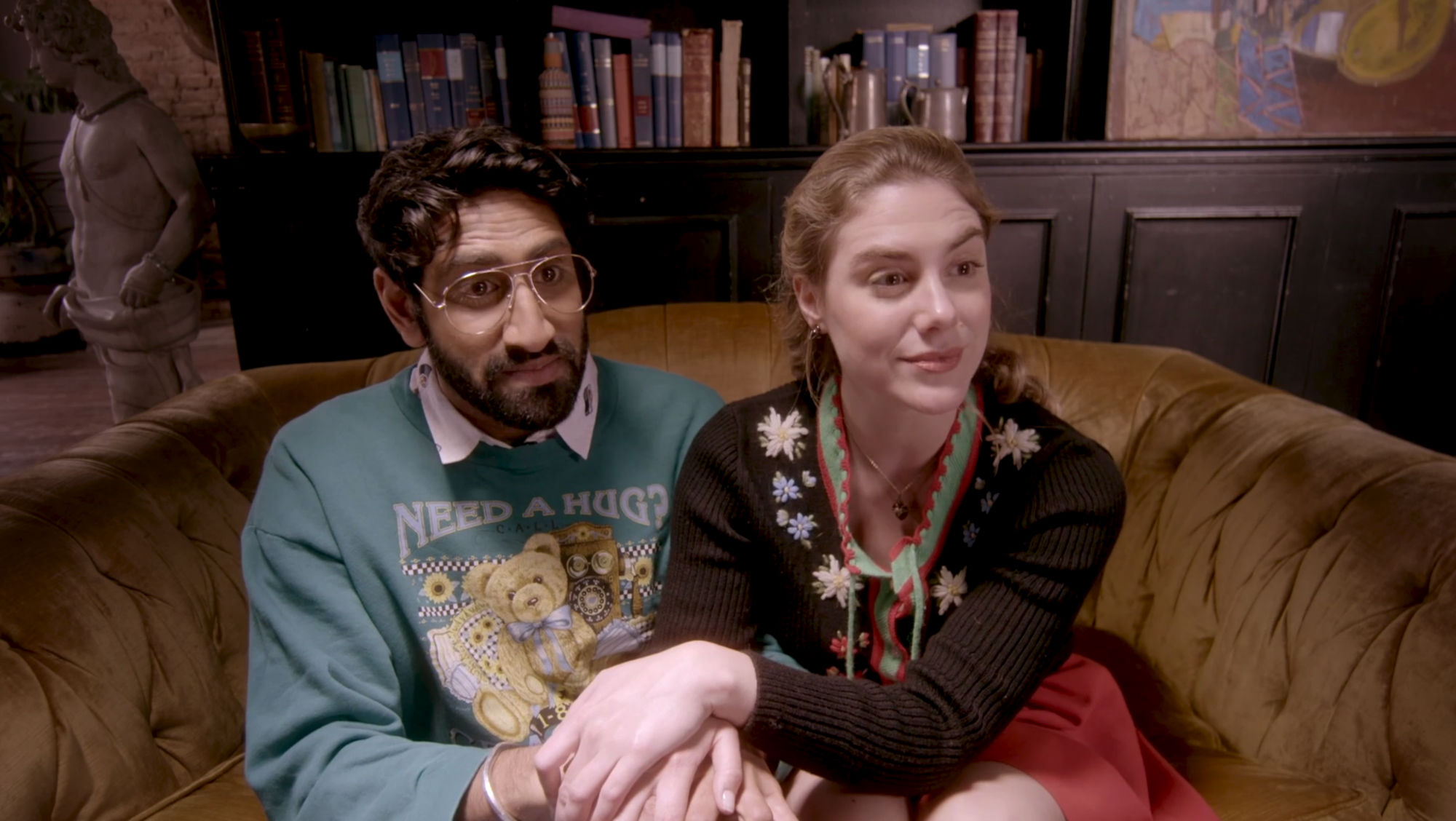 Already demonstrating a love for creating off-kilter comedy with bizarre office short The Meeting, UK Director Simon K Matthews serves up a triple helping of “Thank God that wasn’t me!” comedy relationship shorts which he assures us are all Based on a True Story. As part of this uncomfortable trilogy’s premiere here on Directors Notes today, we asked Simon to share how these short sketches blossomed into mini films in their own right and the cathartic experience of turning heartache into cringe comedy.

The idea started with trying to find humour in what was a dark period for myself, I was going through a break up and wanted to turn a negative situation into something positive. The short You Know Why is very much me trying to make sense of a very confusing time and writing about it was incredibly cathartic. From there, stories I had heard in passing become the crux of the other two which I twisted and turned to suit my tone. Only now I realise after having made them that the theme of rejection looms large through all three.

The talented Matt Patrick (DOP) is a friend of mine but we had never crossed paths professionally so I saw these shorts as a great opportunity to collaborate in a fairly low risk environment, he was brilliant to work with and always wanted to push the shots as much as we could. I’m looking forward to working with him again but giving us more time to really push the visuals. He also put forward a lot of his contacts such as Gaffer Simon Goodwin and Jasmine Allodi on sound. All of whom were outstanding on the shoot and lovely people too.

The theme of rejection looms large through all three.

Regarding the actors, I had worked with Elena Saurel and Amer Chadha-Patel a fair few times before, in adverts and my previous short The Meeting, both of which were game before even reading the scripts. Ollie (Oliver Powell) was just desperate to get involved, in fact, paid me! And Niamh Webb has been a VO artist I have worked with for nearly 6 years and I knew she would be great in this. I felt incredibly lucky to have such a talented cast who wanted to bring these surreal shorts to life but also build upon them by bringing each of their own quirks to the characters.

The shoot itself was one day in one location. It was manic but fun. I have been an assistant director on a few shoots before so scheduling wise knew we could get it all done as long as visually the shorts weren’t over complicated. We shot on a Sony F5 with Canon CN-E Primes mainly for cost and speed but were pleased with how it all looked.

I personally am a fan of comedy that gets awkward.

The shorts were edited by Mark Ferns at the Farm. He is a great short form editor and we have been collaborating together on longer form stuff these past years. I’m a big fan of the direction he took with each of these shorts, they all feel like they have a distinct style especially Sexy Vulva with the jump cuts. He kindly arranged for The Farm to take on the sound and grade too, with Tristan Powell adding oddness into the mix on How we Met and Max Goldini and Bernard Morgan creating a strong look across all three.

The only back and forth we had was mainly over the duration. I personally am a fan of comedy that gets awkward so love long pauses and silence, whereas for an online audience short and snappy usually cuts through better. In retrospect, these probably could be shorter but I would rather put stuff out there and hear what people think first then take it on board for the next project.

I’m hoping to do a further batch of Based on True Stories next year but this time elevating the scale and pushing it a lot darker and obviously weirder.

Based on a True Story one of the many great projects shared with the Directors Notes Programmers through our submissions process. If you’d like to join them submit your film.