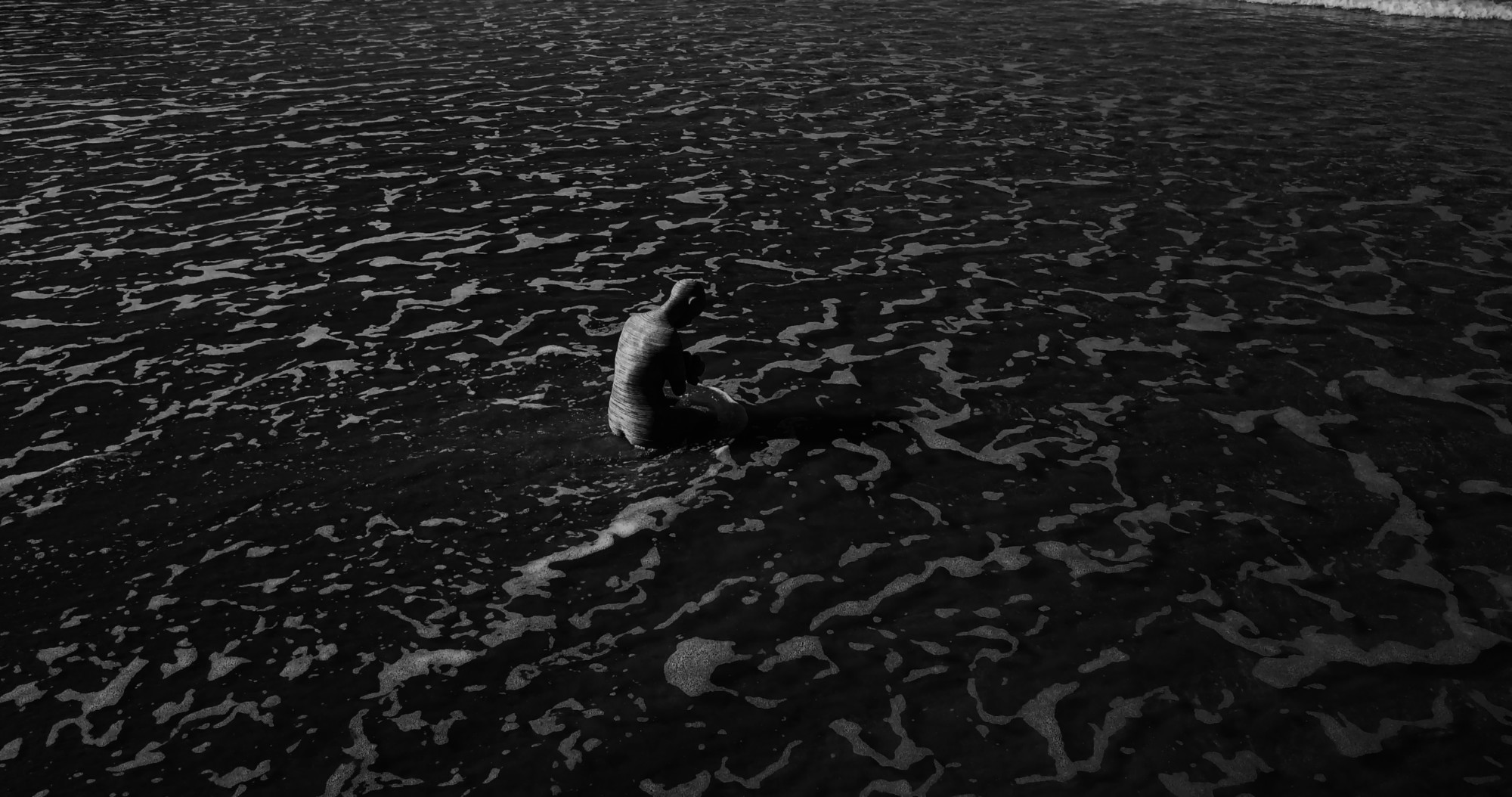 The final installment in a three part video series made to accompany Los Angeles based Producer/Composer Deru’s Torn in Two album, Warmer Nights brings Benjamin Wynn (Deru) and Bryan Konietzko’s experimental collaboration to a fitting close. A captivating interplay of drone footage, sculpture and the elements, DN is proud to host the online premiere of Warmer Nights, alongside Wynn’s insights into the creation of this philosophical contemplation of the human condition.

Warmer Nights is the third video in a series for my new record Torn In Two. All three videos started from a combination of drone footage that I shot in Iceland and Los Angeles, and conversations with my friend Bryan Konietzko. Bryan is an animator, illustrator and musician, and he long had an idea to make human effigies that dissolve, transform, and reflect an idea back into their surroundings. The sculptures would then be placed in different locations around the world for filming. We both felt that this idea fit perfectly with the themes from the album, as the sculptures allow an abstracted commentary on the human condition. They are not us, but they reflect us.

Bryan did a series of conceptual drawings and digital models as I began to assemble rough edits. We then started talking to Daniel James Lorraine, an art fabricator that I knew from CalArts, on how best to fabricate these two pieces. We’d decided to create digital renders for the two previous videos (in collaboration with Anthony Ciannamea), but we knew that for Warmer Nights we wanted physical objects that we could place in the water and have the waves ripple around and consume them.

The sculptures allow an abstracted commentary on the human condition. They are not us, but they reflect us.

The first sculpture is of an old man in a meditative pose. He is split in two with a rod of ice passing through his shoulders. The ice is holding the sculpture together and it melts throughout the course of the video. The second is of a mother cradling her child as they get subsumed by the rising tides.

For the old man, Bryan output a series of 3D views that Daniel referenced as he sculpted the old man out of foam. He then made a stand that we buried in the sand and a series of molds for the ice that we brought in a large cooler. The mother and child were constructed by taking Bryan’s 3D model and slicing it into 4mm horizontal sections that were then laser cut out of plywood and assembled in order.

The beach in Iceland was too challenging to revisit with the sculptures so we found a beach with black sand in San Diego that we could intercut with the footage. Once the sculptures were ready, we drove them down for a two-day shoot along with Cinematographer Matthew Ryan, and Surachai Sutthisasanakul and Mike Daniels who helped with production.