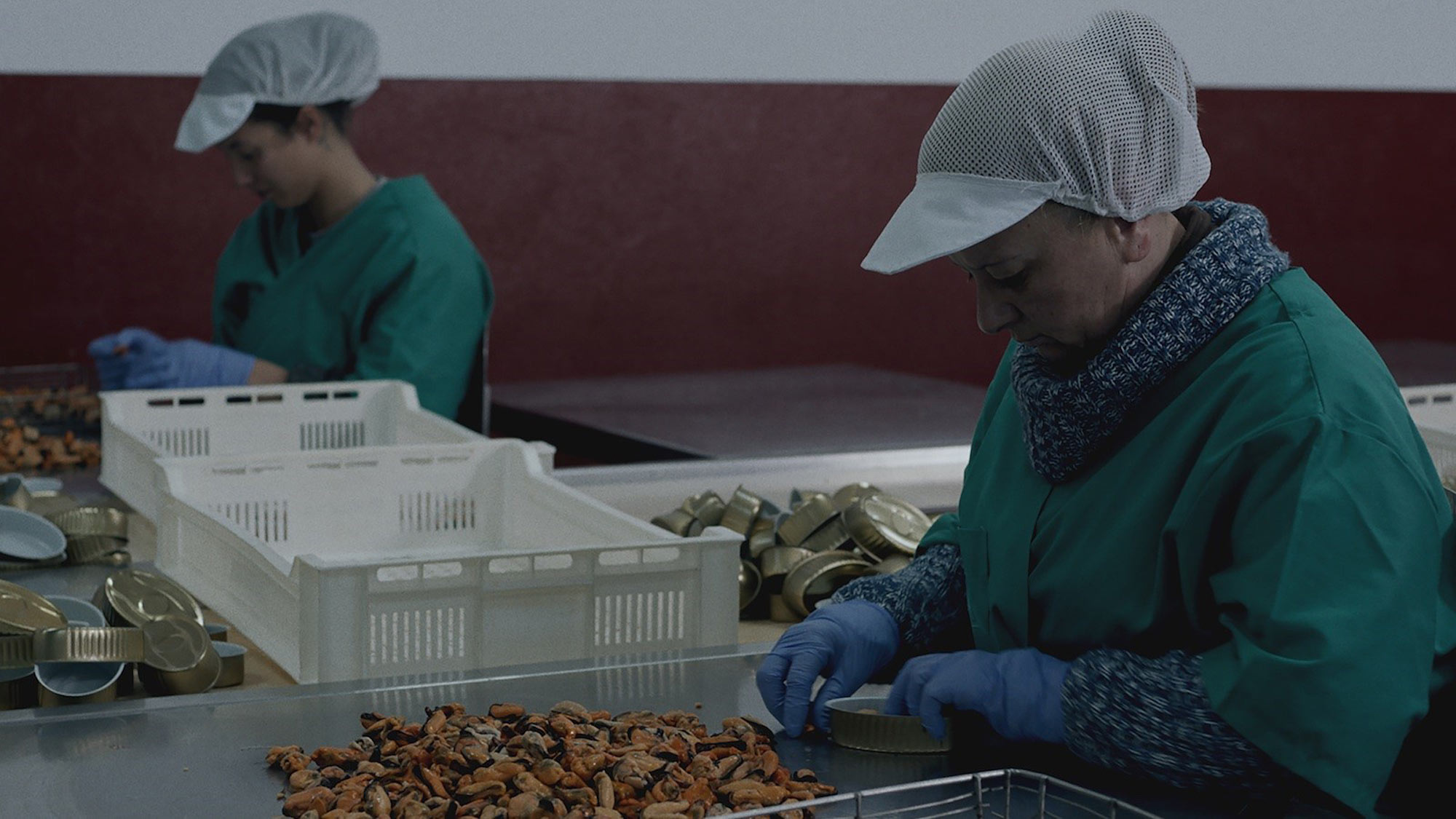 The majority of us can share in the pain of enduring a monotonous job, working for cretins and being paid what can barely be considered a wage. Director and Screenwriter Álvaro Gago has caught the essence of this tiresome existence and the relationships that give our lives meaning in Matria, which rightly scooped him the Sundance Grand Jury Prize for Best Short Film at the beginning of this year. DN digs deep into Alvaro’s creative fluidity whilst filmmaking and his methods of directing a first-time actor effectively to bring this sobering tale to life.

What inspired the narrative for Matria?

It was the real Ramona, Francisca Iglesias Bouzón, who inspired the narrative of the film. Francisca and I met many years ago in the village of Vilanova de Arousa, where part of the film is shot, but it wasn’t until she started working at my grandfather’s house that we truly connected. While she was taking care of my grandfather and the house, I was often doing all kinds of things in the area: location scouting for other short films, taking photographs of the village, recording my grandfather for family purposes, etc. let’s say that I was often around. Time was key. Time opens up a completely different way of working, one that escapes the traditional production model. Time gave us the chance to observe each other and only then decide whether we wanted to build a trustworthy relationship or not.

At the time, I was working as an editor and film teacher at children’s schools (luckily, I’ve never had to work mind-numbing jobs), and I didn’t have any kind of external pressures pushing me to finish this or finish that. We did it in our own time and I feel that we couldn’t have done it any other way. It was with time that we opened up and grew fond of each other. She told me her story and I told her mine (it’s always a two-way process for me as I need to feel that I’m giving as well as taking), though it is true that I was often the listener. As I listened I started to realize that, maybe, there was something there worth telling. Ninety-five per cent of the film is based on Francisca’s (and other women who are canning factory workers) personal experience.

Time was key. Time opens up a completely different way of working, one that escapes the traditional production model.

What was your method for bringing these true experiences to life in the screenplay?

I wouldn’t call it a method since it’s too early for me to have developed any kind of method and I wouldn’t like to stick to one particular way of doing things anyway. However, I do tend to do a lot of research (not that this is special or anything… every filmmaker does it) as well as interviewing a lot of people before I start to write. I do this in the area where the film is going to be based. Writing becomes more of a game in which I have to find a way of putting together a set of already made pieces rather than an inventiveness exercise.

I’m an editor, so I’m just thinking now that that might have had an effect. Spending time in the places and with the people that have something to do with the film in one way or another, allows me to establish a set of limitations that I find essential to the creative process; and I guess the way that I arrive at those places is through the themes that I feel I want to talk about, and I get to those themes through, once again I’m guessing here, a kind of attitude towards cinema and life in general. A good friend of mine, a poet, recently said: “Poetry grows partly out of pain.” In that sense, there are plenty of reasons to look out for verses, to protest and to dream that another world is possible and necessary. As a filmmaker, I feel I have the duty to protest and to give an image to those who don’t have one. And I do that without losing hope.

As far as the finished script goes, I feel that the writing never finishes for me. I show up the first day of the shooting with something that my team and I have used to get to that point, but we all know it is going to change. That day you might feel that the camera position is not working that well or someone in front of the camera might feel like saying a particular line in a different way. As long as it’s a motivated and thoughtful decision, I’m always happy to adapt.

Rather than cast an actress to play Ramona, or turn a camera on Francisca for a documentary, you made the brave decision to capture Francisca playing herself onscreen. Why did you choose this path?

I recently read an interview with writer-director Valeska Grisebach for her film Western and she talked about her main character, Meinhard Neumann, who she found in a horse market, as someone who, “brings subtext immediately into the film – his face creates this fantasy of what might have happened to him”. I saw exactly that in Francisca, I thought she could bring subtext and mystery. She looked so iconic. You look at her hands and it is as if they could speak. Also, she talks in a certain way, a broken Galician full of Spanish forms, which can’t be easily mimicked as there are no actresses from the area.

Ramona was the name of my great grandmother, who I found to be a woman who shared many characteristics with the character I was writing about. Also, Francisca told me to change it. I’ve never asked her but I’m guessing the different name helped her to detach herself, somehow, from the material, and enjoy the pre-production and filming process much more. As far as her profession goes, she did work for many years in a canning factory. She did many things, worked on a wide range of different jobs, sometimes she had to work two, three different jobs at a time. Working at the canning factory was one of them.

You’re are quoted as saying: “She was very interesting because she had so much to hide.” Can you elaborate on this? What was your approach in bringing Francisca’s hidden feelings to the surface?

A mystery is one of the great tools we can use when making a film, and when someone is hiding something, most of the time, you will immediately feel attracted to that someone. What is he/she hiding and why? That always gives the narrative a certain forward momentum and Francisca brought that naturally to the film. Sadly, she has had to hide a lot of things, feelings mostly, all of her life. She knows how to do it. She has been programmed to do it. We all have. It is not easy to openly share how weak or vulnerable you feel. Coming back to the film, it was through this process of concealing, of not revealing, that I thought we were able to talk about heavy things in an indirect way. For instance, the false myth of Galicia being a matriarchy.

As I filmmaker I feel I have the duty to protest and to give an image to those who don’t have one.

What does Francisca think of the film? Is she planning to act again in the future?

She is proud of the film and the effort she put in doing it. And, for once, she’s being recognised for an effort she put into something, which is beautiful. That’s why I make films. It doesn’t happen often but one hopes it does. As far as her acting again in the future, she doesn’t have the time to think about acting. Her everyday routine is pretty much the one we saw on the screen.

What new projects are you working on?

As an editor, I’ve just recently finished editing Marcos Merino’s second feature film, In Memoriam which had its world premiere at the Seville European Film Festival and will start soon editing the short film Eyes Into The Forest from writer-director Miguel Gago Caamaño and produced by Ringo Media who will also produce my next short film 16th of December which is written already and will be shot in March in my hometown, Vigo. I’m also writing the script of what will hopefully turn out to be my first feature film, which is provisionally titled Algo Parecido á Felicidade that translates to English into something like About Happiness.