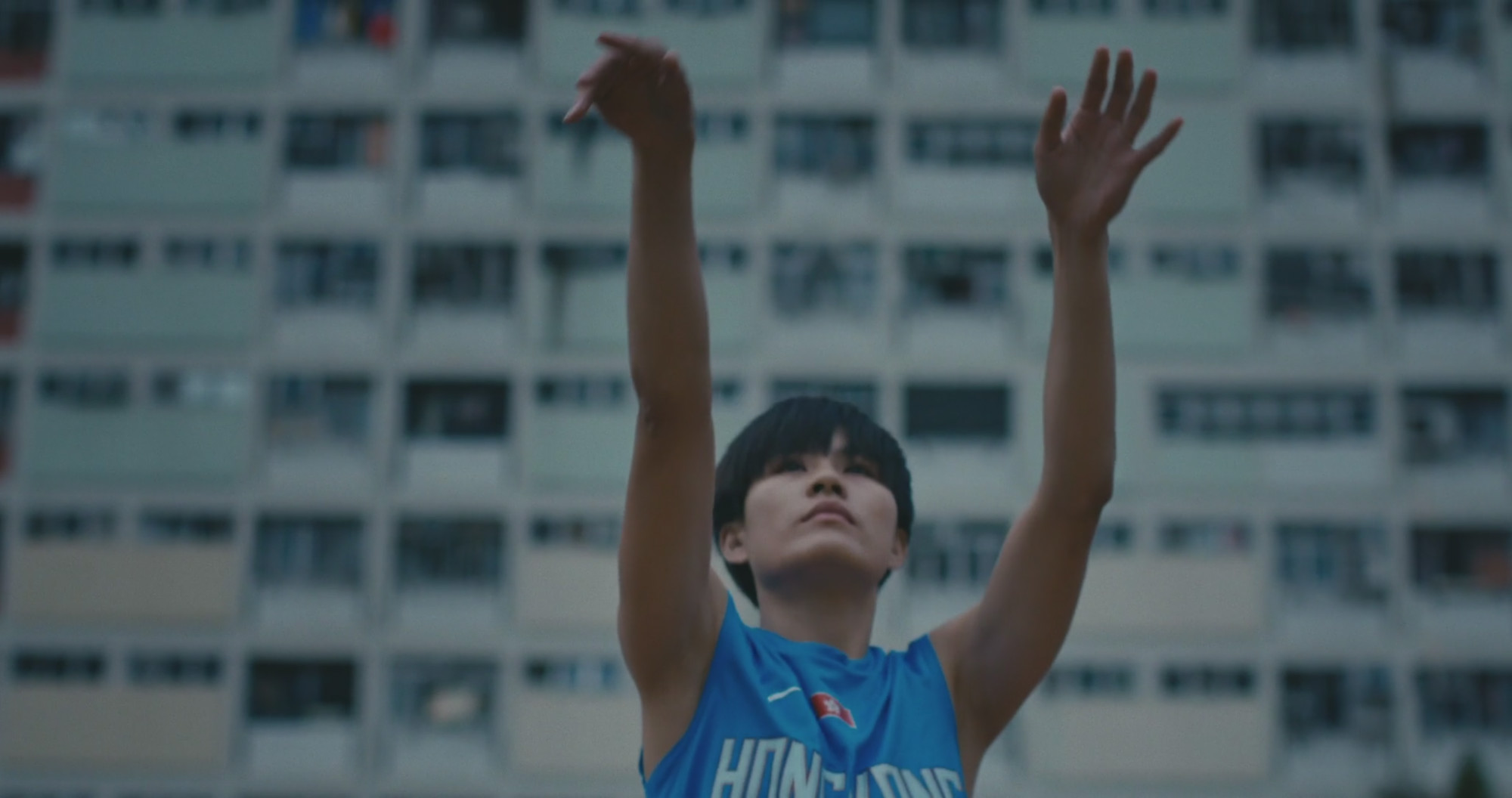 Emergence begins and ends with the same shot. Basketball player Cheuk Ting dressed in her all-blue kit, looking out onto the dense concrete jungle of Hong Kong. It’s a poetic shot which summarises the narrative of her story. Hong Kong is a compact metropolis with small moments of serenity hidden between its compressed housing blocks; Pastel coloured basketballs courts where young, promising athletes can hone their craft. Director Alex Vivian, whose work has previously been featured with DN when we screened his short How To Ride Bitch at the Reading & Leeds Festivals in 2016, returns to discuss how growing up in Hong Kong inspired him to tell Cheuk Ting’s story.

What inspired you to create Emergence?

I grew up in Hong Kong; my family still lives there, as do some of my oldest childhood friends. Hong Kong has always remained a part of my own identity and returning to make a film there was something I’ve wanted to do for many years. It’s a crazy city, always moving, and with such swarms of people, it’s a hard place to find a sense of peace and discover your own identity. One of the places I used to retreat to was the basketball courts in the old government estates. Not only were they quiet and serene, but often these beautiful pastel spaces, like oases amongst the desert. With basketball culture being such a dominant force in Hong Kong, I wanted to find someone who not only lived within this world and shared these ideas but also had a great story to tell. That someone was Cheuk Ting.

So, how did you find out about her and approach her to make this film?

From the start, I made the decision to choose to focus on a female athlete. Because the sport in Hong Kong is so male dominated I wanted to find a new perspective, one that hadn’t been given the same attention and light. I began emailing every basketball association I could find; I got in touch with people from the Hong Kong basketball teams, I joined groups, forums, you name it, I did it. Within all this, I came across a group called Hey Girls!, who heard my idea and told me that there’s only one girl I needed to speak to, Cheuk Ting. I spoke with her and the connection was immediate. She has it all, talent, charm and incredible depth as an individual. 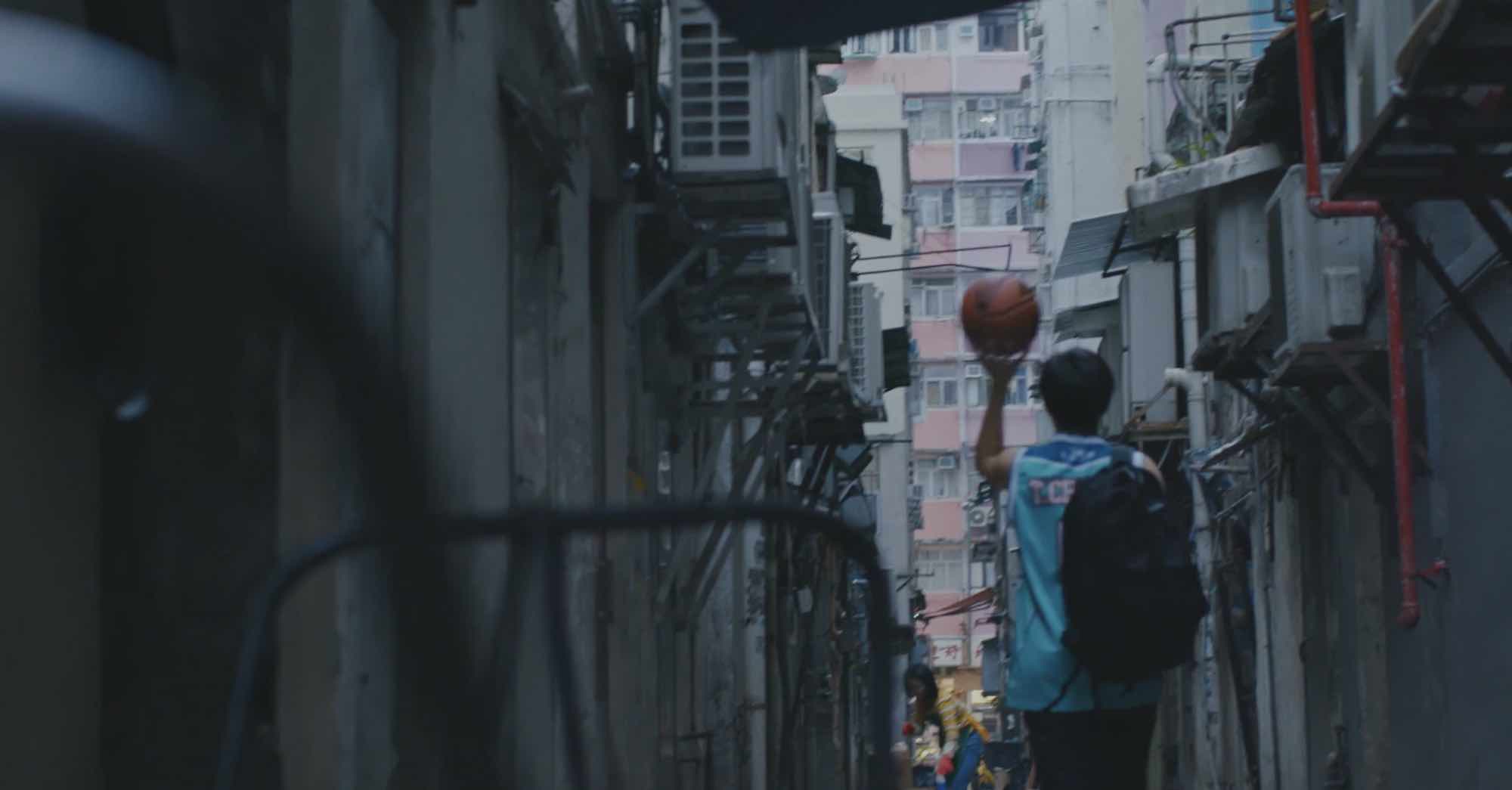 Could you talk about some of your visual decisions, how did you want to artistically tell Cheuk Ting’s story?

The way we approached this was to find a way to visually tell Cheuk’s story without it being a typical short documentary, the ones that usually start or end with a phrase that would go something like, “My name is Cheuk Ting and I’m a basketball player”. Instead of simply showing Cheuk in her environment, we wanted to create a parallel visual which was more of a dreamscape. The film opens in this world, with her looking out over the night skyline of Hong Kong, then as the viewer, we are ripped out of it, back to reality. From there we drift in and out of this dreamscape, like the textural drone shots and the moment she is on the ledge overlooking the city below. All of these were intended to build the idea of the city being a character of its own. As Cheuk looks out over it, she is forced to answer the question of who she is in this city, has she conquered it or has it conquered her? Has she found peace and freedom? Has she achieved her dreams? These questions are left for the audience to decide in the final shot of her overlooking the same skyline we set up at the start.

Instead of simply showing Cheuk in her environment, we wanted to create a parallel visual which was more of a dreamscape.

Could you explain those shots of Cheuk looking out onto Hong Kong, the skylines, the contrast of the dense, urban environment with Cheuk finding space on the court?

Hong Kong is so unique in its density and urban landscape; it is a living, breathing thing. There are endless basketball courts in Hong Kong, but it’s the ones that live within the centre of the government housing blocks that offer the peace and serenity from the masses. They also happen to be unbelievably beautiful places to be, with pastel hues and architecture reminiscent of a Wes Anderson set. Naturally, we were incredibly inspired to shoot there. There’s actually an interesting comment I heard when I was talking to a gentleman who had lived in the Choi Hung Estate for over 50 years that the reason they are painted so beautifully is to detract from how bad the living conditions are. It’s sadly poetic and it offered not only the visual answer to Cheuk’s innermost thoughts but a bigger comment on Hong Kong as a city. 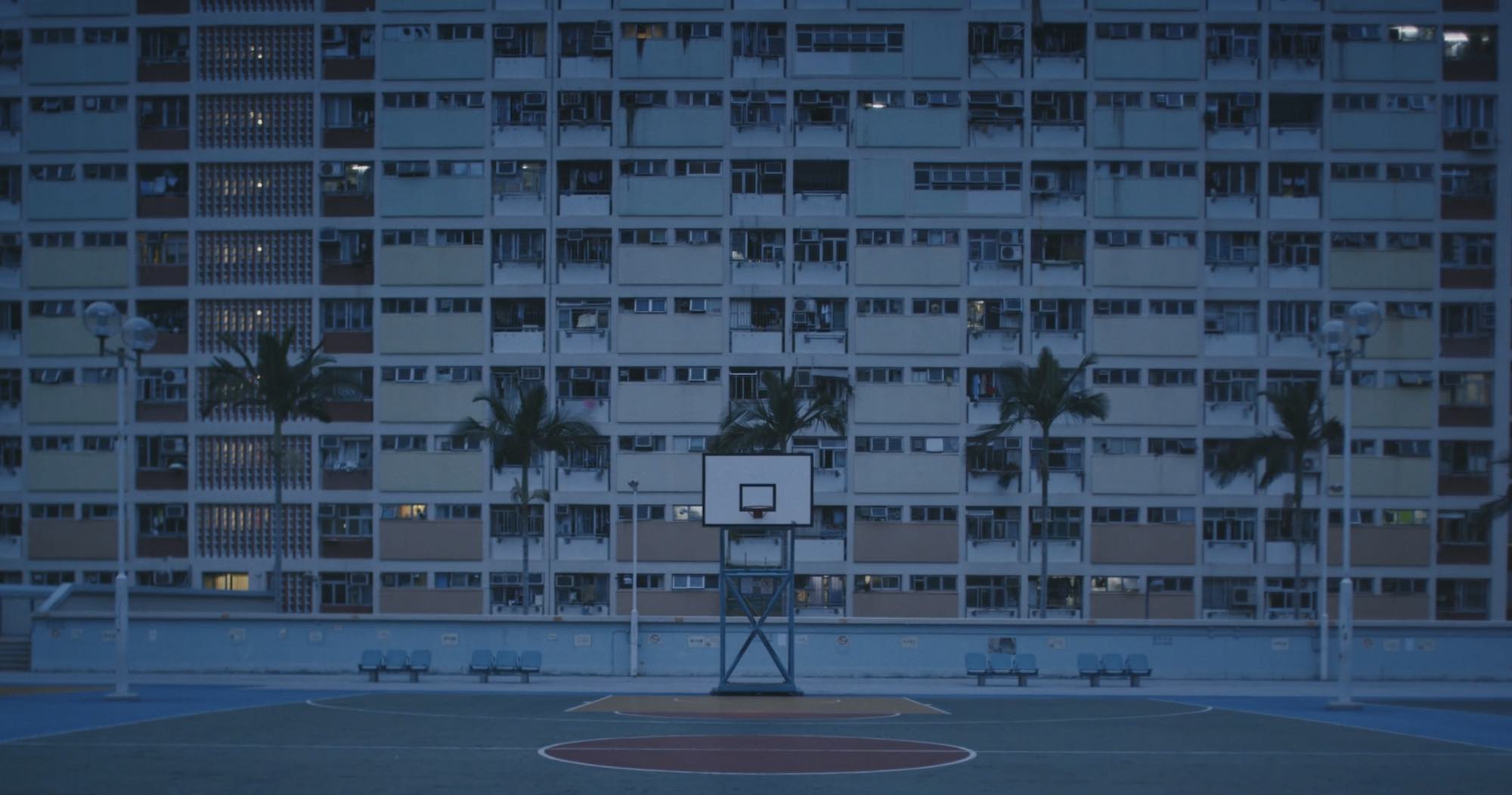 So much of the film is filled with the blue hues of the sky, the buildings, the walls, juxtaposed with the Cheuk’s all-blue kit, is this a suggestion of the overwhelming drive she has to represent the city? Or am I just reading too much into this?

No, you’re definitely correct. This was another decision we made from the start. The colour palette was to be very cool and blue, which is exactly that of Cheuk’s team colours and representative of the city. It’s the pastel tones that overcome it. When you see her playing with her friends and teaching the children how to play basketball, the blue disappears, indicating her growing sense of freedom from the city. It’s when she returns into the density that the blue reappears. Cheuk is part of Hong Kong and Hong Kong is part of her, so her commitment to the city and the sport is unwavering. However, the other side to that story is that as a player, she is at the top of her league, representing her city. But as a sport, it fails to provide for her and every day is a battle. Despite that, she gives back as much as she can and pushes herself to the limit in the pursuit of being a better athlete.

I have just finished a short narrative film, a comedy. I’m actually more known as a comedy director, which I guess is why I wanted to create such a piece. It was my ambition to create a story that broke that mould and showed another side to me. Not only of my directing style but of who I am as an individual. This was all reflected in how Cheuk sees the world and her existence in Hong Kong. But while our views are commonly shared, this is well and truly her story, we were just there to capture it. Nowness China has also picked it up, which is a huge honour. So, off the back of its continued success, I’d love to make more stories in this world, particularly championing athletes and individuals in the lead up to the 2020 Tokyo Olympics.