Whilst the moments between the firing of the starting pistol to crossing the finish line are something we’re all pretty familiar with through countless hours of race coverage, what’s life actually like for a professional runner as they criss-cross the world to compete? David Findlay’s frenetic Super 16 mm short 72 Hours provides a glimpse into a “normal” weekend for Olympic middle-distance runner Charles Philibert-Thiboutot – following the athlete as he races, trains and travels through Europe. Making its online premiere with us here today, we just about caught our breath in time to ask David how he kept up with Charles’ breakneck schedule and ensured this insightful documentary went the distance.

What made you want to capture Charle’s hectic life as a professional athlete?

Charles and I have been best friends since high school and seeing him rise to the top of the track and field world, all the way to the Olympic Games has been awesome. I’d always had the idea in the back of my mind to make something together and capture his personality and lifestyle. I’ve followed his career really closely and am continuously baffled by the amount of travel and races crammed into such short windows during the competition season.

How did Asics become involved with the documentary?

Through my relationship with Charles (he has been sponsored by Asics for almost a decade) we had discussed the project with them with the help of his agent with some interest but no real bite for nearly a year – so last July I went off and did this on spec. Then after seeing a near picture lock, they were keen!

Was the shoot process a frantic experience in itself? How much pre-planning went into the moments you captured?

Last July, I flew to Belgium to follow him and I could barely keep up, not that I was even running… The focus wasn’t so much to capture action on the track but rather the gruelling nature of living out of a suitcase – jet lag, homesickness, bad wifi, iffy food, etc. – and then having to step foot on the starting line in peak shape.

The workflow on ‘set’ was simple and intimate: Just me and a Bolex h16-rex1 (200T and 500T film). I had a list of moments I wanted to capture, a narrative curve and a general aesthetic/mood in mind but of course, I approached it in a documentary style, seeing what would happen and going with it. Before shooting I had picked out the musical track (Dot$ by Esta), which I found on Spotify completely randomly while browsing for another project. I thought the energy was just right and it had enough flux to build on as well as having a worldly nature to it. 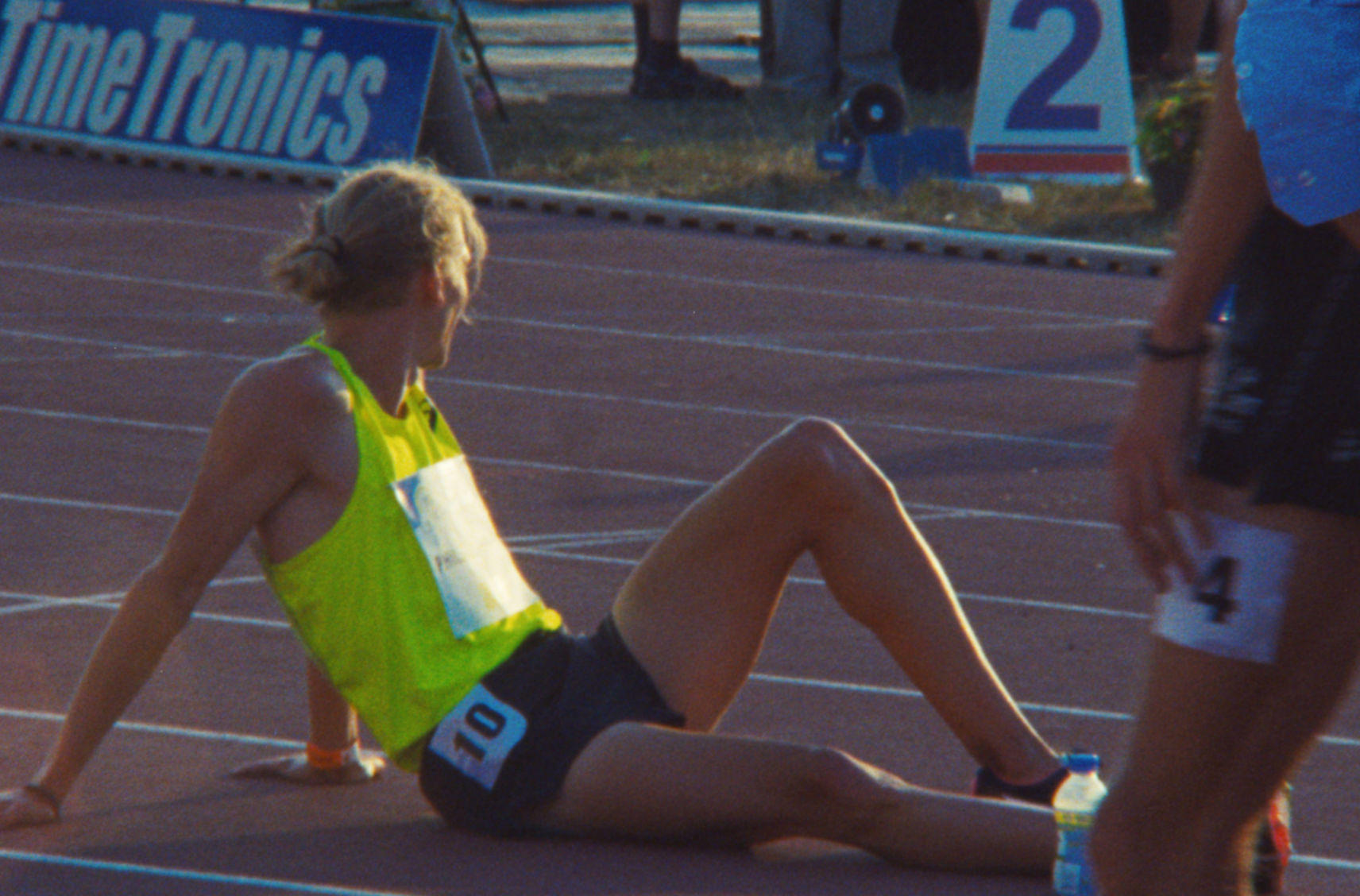 The focus wasn’t so much to capture action on the track but rather the gruelling nature of living out of a suitcase.

Could you tell us how you brought that all together in post?

The film was developed and scanned at 2K by MELS in Montreal. And then Brock Newman, who is a talented director, edited the piece. He and I had worked together once in a director-DP capacity before and I knew he was a kick-ass editor so I reached out to him. The editing took a couple of weeks. The challenge was to mirror the frenetic nature of Charles’ schedule and squeezing in a lot without making it just feel like an overload in a short amount of time. Interestingly, Brock works on Final Cut X and has truly mastered it. It was actually a cool experience to shape the film in a new software.

Brock also designed the sound, which I really wanted to put an emphasis on. I knew this dialogue-less and VO-less piece would really benefit from a strong and well-rounded soundscape to tell the story. Brock and his girlfriend Emma also served as voice actors. (Thanks Emma!) Since my first feature I’ve only worked with one colourist, Sam Gilling. So there was no doubt again this time around. Sam’s eye is very sensitive and his creative input is always so on point. He’s taught me a ton and he’s also a real magician at fixing my mistakes.

What will you be focussing your lens on next?

I’m currently in the editing process of a short doc I shot (also on 16mm) about Mexican self-named artist Billie Danger. The film centers on his unique aesthetic and life in Vancouver after his youth tangled in gangs back home.

72 Hours is one of the many great projects shared with the Directors Notes Programmers through our submissions process. If you’d like to join them submit your film.