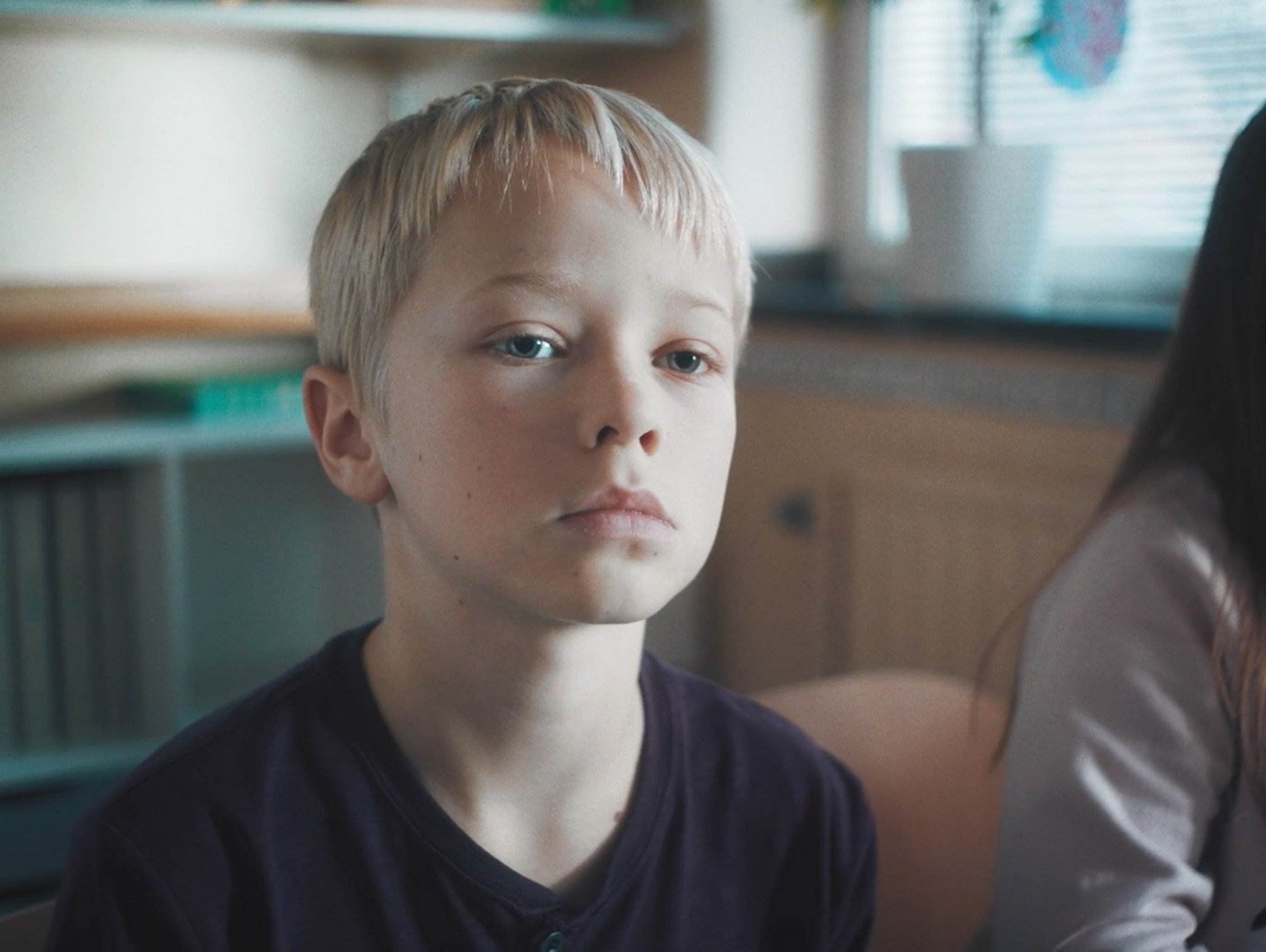 A deeply affecting film about tolerance in the face of unbridled aggression which has stormed festivals across the globe, Swedish Director Jimmy Olsson’s 2nd Class follows a second grade teacher who after being severely attacked by a Nazi one night, returns to her classroom only to discover one of her students is the Nazi’s son. A film which has very much stayed in my mind since watching it last year, I spoke to Jimmy about the attraction of narratives about fear, discarding the safety net of coverage and why he’ll never play a Nazi again.

Issues of racism and the rise of the far right are a constant in the headlines these days, was there a particular incident or experience which set you on the path of making 2nd Class?

Yes, the incidents in Charlottesville and also a couple of Nazi rallies in Sweden weeks after made me think about writing something different about this. That’s why I named the main character Charlotte.

Fear is a recurring topic in your filmmaking, what is it that draws you to repeatedly engage with this primal emotion?

I’m very interested in fear, that’s true…I don’t know. I guess it has to do with how we are affected by fear, and how it works as a trickle down effect, almost like a butterfly effect. If someone makes a bad decision based on fear, usually in economics, or monetary reasons, that affects people way down below. And also, we learn different fears. We are born with two types of fear – the fear of falling and the fear of drowning. All other fears we learn, and I’m interested in why we learn this, how this affects us as humans. 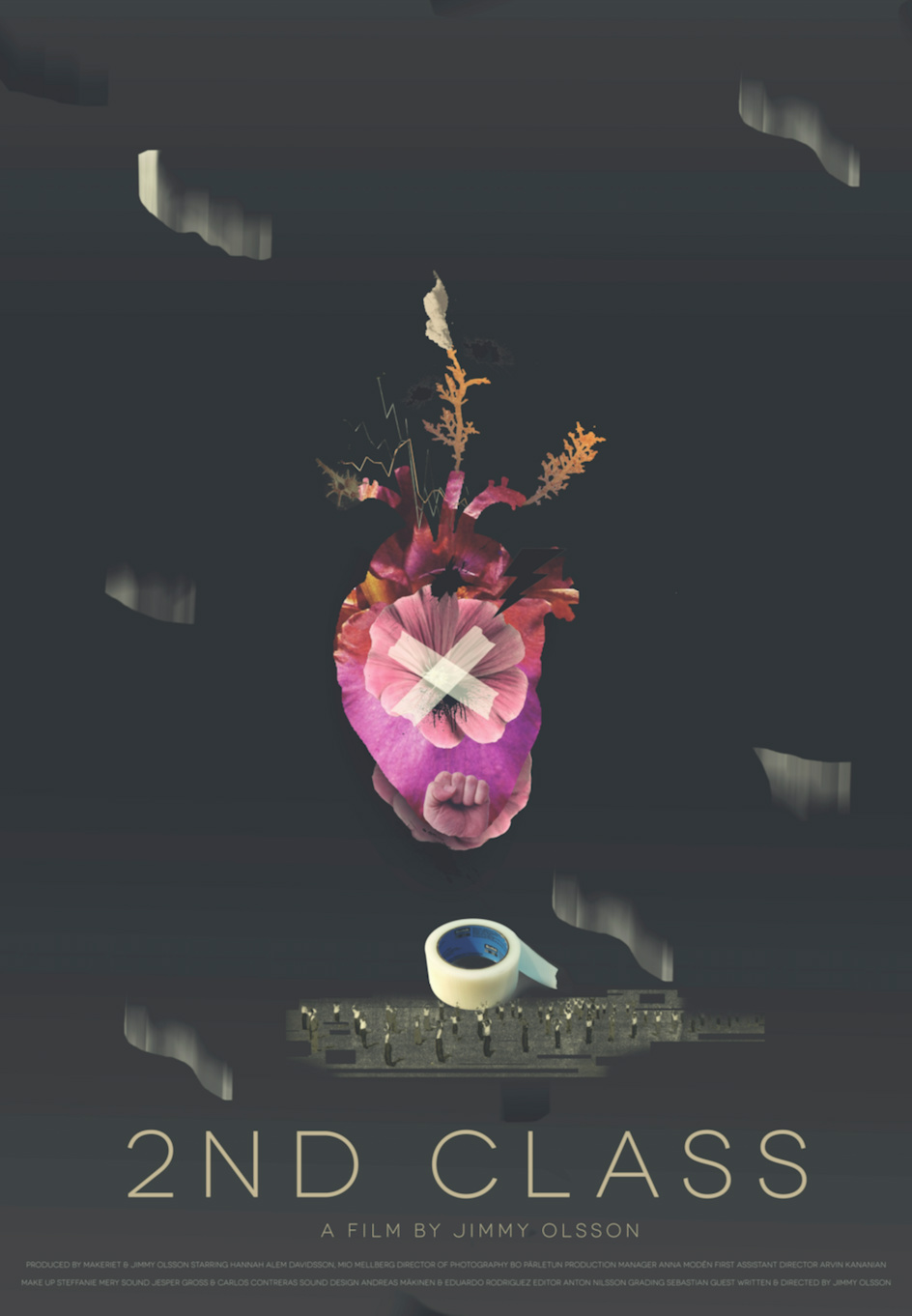 You wrote the script in a blistering one and a half days, did the entire film arrived as a fully formed whole or did it require retooling in subsequent drafts? What was your narrative entry point into writing this short?

The balloon scene came to me, or actually the metaphor, what the balloon scene could entail, and mean – when that scene was clear to me, how we can communicate to kids in a different way, everything just wrote itself after that. The hospital scene was rewritten on the day of the shoot, which isn’t really optimal but I had to because it was very pretentious. I needed to make it much more naked and simple.

Titles are hard. Reaching came to me and it was an OK title. I tend to like one-word titles or really long ones. My friend gave me the title of 2nd Class because it works on many levels. A teacher in 2nd class or grade, a black teacher who is a second class citizen, and also the Nazis who think they are becoming second class citizens because of the immigrants.

The film is simple, there is not a frame or shot that is unnecessary in the entire film, and I like that.

Could you tell us about your decision to capture the film in a 4:3 frame and largely through the use of long takes?

I wanted to focus on Charlotte all the time and I didn’t want to have an annoying close up all the way, so I chose a 4:3 framing, because first of all, it’s beautiful, and does its job – we are with her all the way.

I read that you only planned for 24 shots with no coverage, did that tie your hands or result in any issues when constructing the film in the edit?

The DP and I planned an experiment so to speak. We knew what we wanted and we hoped that it would be enough. It’s about clarity, the film is simple, there is not a frame or shot that is unnecessary in the entire film, and I like that. Some films have transports that enhance emotions and feelings. I wanted to try to capture that in our 24 shots all the way but with that said, the first draft of the edit, I felt like shit because the film didn’t work. But then the DP and I took the material and rearranged some shots and slowed down the pace and then the initial feelings came through. I felt something in my belly, which is good.

This film sees you make your acting debut, why did you decide to take on the abhorrent role of the Nazi? Has it whet your appetite to appear in front of the camera again?

At first I had planned for a real actor to do it, but the Producer and the AD wanted me to do it, and I felt…what the hell? Let’s try it – but I felt sick doing it. I don’t have the tools as an actor to go in and do something and then just turn off. For me it was like trying to build up a hate and then having to shout at someone. It actually made me think about when I was a teenager in Sweden when we had lots of problems with racism, and still do by the way. It just felt too real for me…I don’t know. Yeah, I would like to try and act again, but not as a Nazi. Never again. 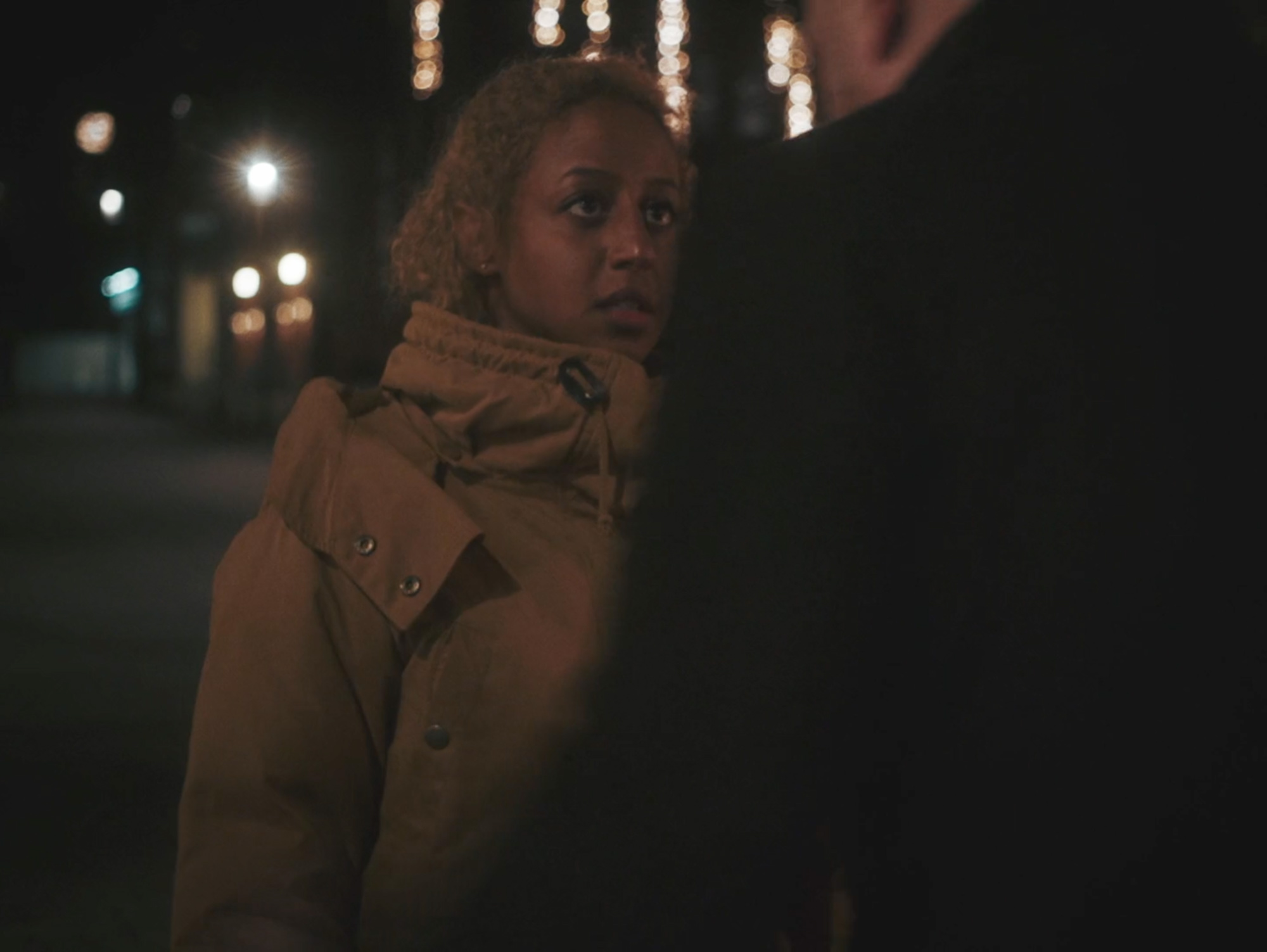 2nd Class has played at several festivals across the globe, have you notice any differences in audience reactions and subsequent discussions in the different regions it’s screened in?

In South America the film has worked really well, and some of the Eastern European countries in particular. My guess is that the right wing parties are strong in these countries, so they can really relate. But then again, we do still have a global problem with racism on the build – because of wars and refugees coming to Europe. The problem is that we regard the refugees as “them” and not “us”.

I have written two features, one being a feature based on this short film idea, and another feature that talks about the alienation of a refugee and a local boy who has been in prison in Sweden and how he too can be alienated. And then I have written a new short film, and I’m also developing a TV series. So I have some work to do.

You can catch 2nd Class at the following festival screenings: