A Rural Woodworker Consumed by Grief Builds His Own Coffin in Sanford Jenkins Jr.’s USC Short ‘A Craftsman’ 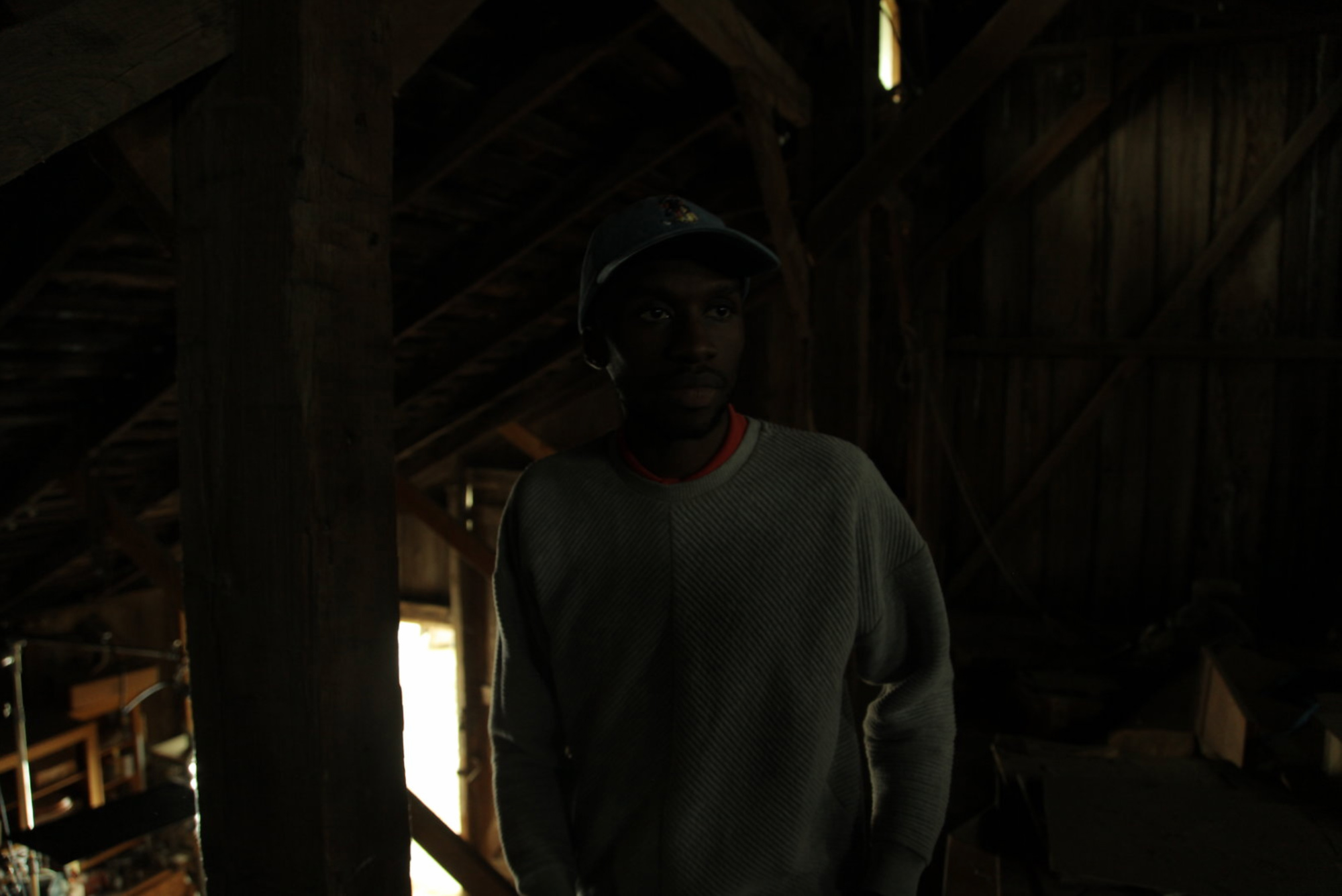 A contemplation on the all consuming nature of grief, Sanford Jenkins Jr.’s USC Diploma short A Craftsman introduces us to Herman, a recent widower whose life has become defined by the emptiness of absence and who, overcome by the death of his wife, begins to build the coffin that will be his final resting place. A film which we’re pleased to premiere here on DN today, we sat down with Sanford to learn how he went from Wall Street analyst to director and how his experiential approach to filmmaking shapes the work he creates.

I’m curious how you found yourself trading your role as a Wall Street analyst to become a filmmaker, they seem like almost diametrically opposed vocations?

They belong to distinct periods of life, connected through a curiosity about the world. I didn’t understand capitalism well in adolescence – or rather, I knew what it was like from the side of a redlined, black Philadelphia neighborhood – and later experience at a NY bulge bracket firm would reveal more of their social, economic, political interdependencies. Then I had to dip – I wasn’t there to reconstruct nor adapt to that environment.

The cinema was a way to document experiential life and came as a possibility of engaging the NY independent film scene.

What inspired this contemplative narrative about grief?

The initial concept developed through our writer’s digestion of moments of his father’s emotionality in Indiana. Grounding their family’s roots in the Midwest in his writing, a story of a rural woodworker mourning his spouse and contemplating his existence materialized; this story I’d find through USC’s 546 collaborative film process. In its own way, the story evoked memories of my family’s specificity and process in Philadelphia.

Ultimately, this project would exist both as a narrative and as an account of a particular journey through this production environment.

It is worth noting that, from the beginning of this process – with USC writer-director-producer shortlisting, pairing and pitching for project selection (and for many of us, as its “flagship course”, a most viable path to academic engagement, practice and graduation) – we were subject to a systematic way of coursework at USC (affected greatly by its proximity to Hollywood), and through which, before many of its production students and faculty advisors arrived in this course, were already affected; ultimately, this project would exist both as a narrative and as an account of a particular journey through this production environment (there were two other projects happening concurrently). 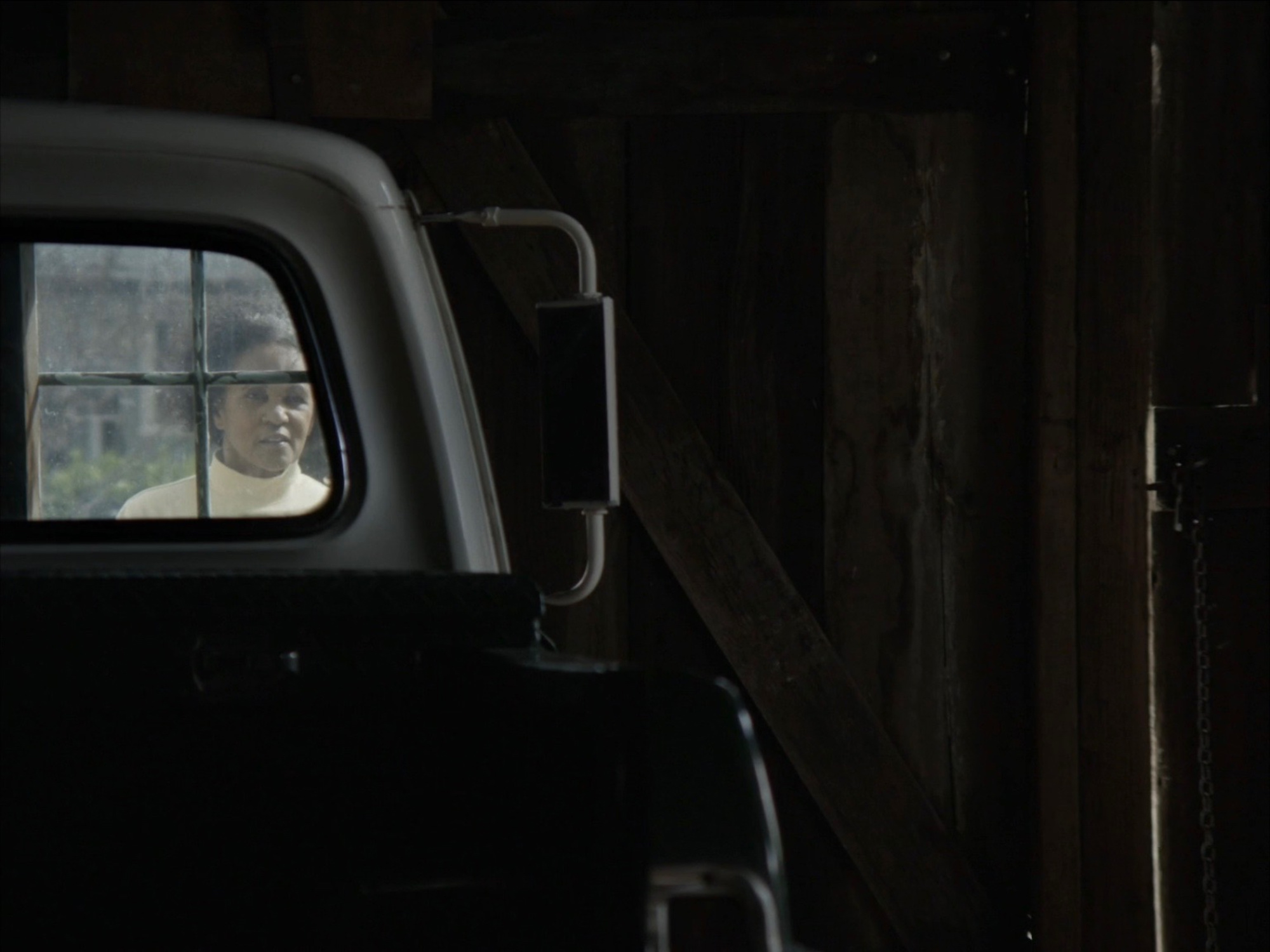 You’ve spoken in the past about the zig-zag, experiential approach you take when conceiving and creating projects. What were the issues that you were working through which made you want to create A Craftsman?

A Craftsman revealed itself at a time of intense study of both European cinema and cinema of the decolonizing world (Cuba, Francophone Africa, India, et. al), the latter introduced to me by professor Priya Jaikumar of USC’s cinema studies department. I was excited about everything. This, alongside the critical and production work being done by the black student body (namely, the crew orbiting Black Radical Imagination) and foreign students opened space for me; I had very little formal interest in contemporary American cinema and the emotional/representational games being played in Hollywood (and I had proximity, being at a place nurturing the next generation). But I was interested in how the industry worked and sustained – this was part of the logic in leaving NY (also, NYU wait-listed me). The course I produced A Craftsman in, then, would provide the most relevant industry proxy and would begin a period of materializing new forms for me.

We studied many artists working with bodies, space and atmosphere, but most intellectual notions were abandoned to find truth in our circumstance.

Could tell us more about how A Craftsman progressed through production?

Living in Los Angeles, we were physically far from both Indiana and Philadelphia; we drove around for a space for connection. Locating a citrus farm in Santa Paula, and walking through it, I had a visceral reaction; this would guide our first images and sounds, and our rewrites and production process. A film could be made, though it would require spending three hours on the road each production day (everyone was down, except for the one torrential downpour night which people were still cool with, planning a sleepover on location to avoid the flooding – we barely got sleepover ops like that in the program – until advisors shut down production). 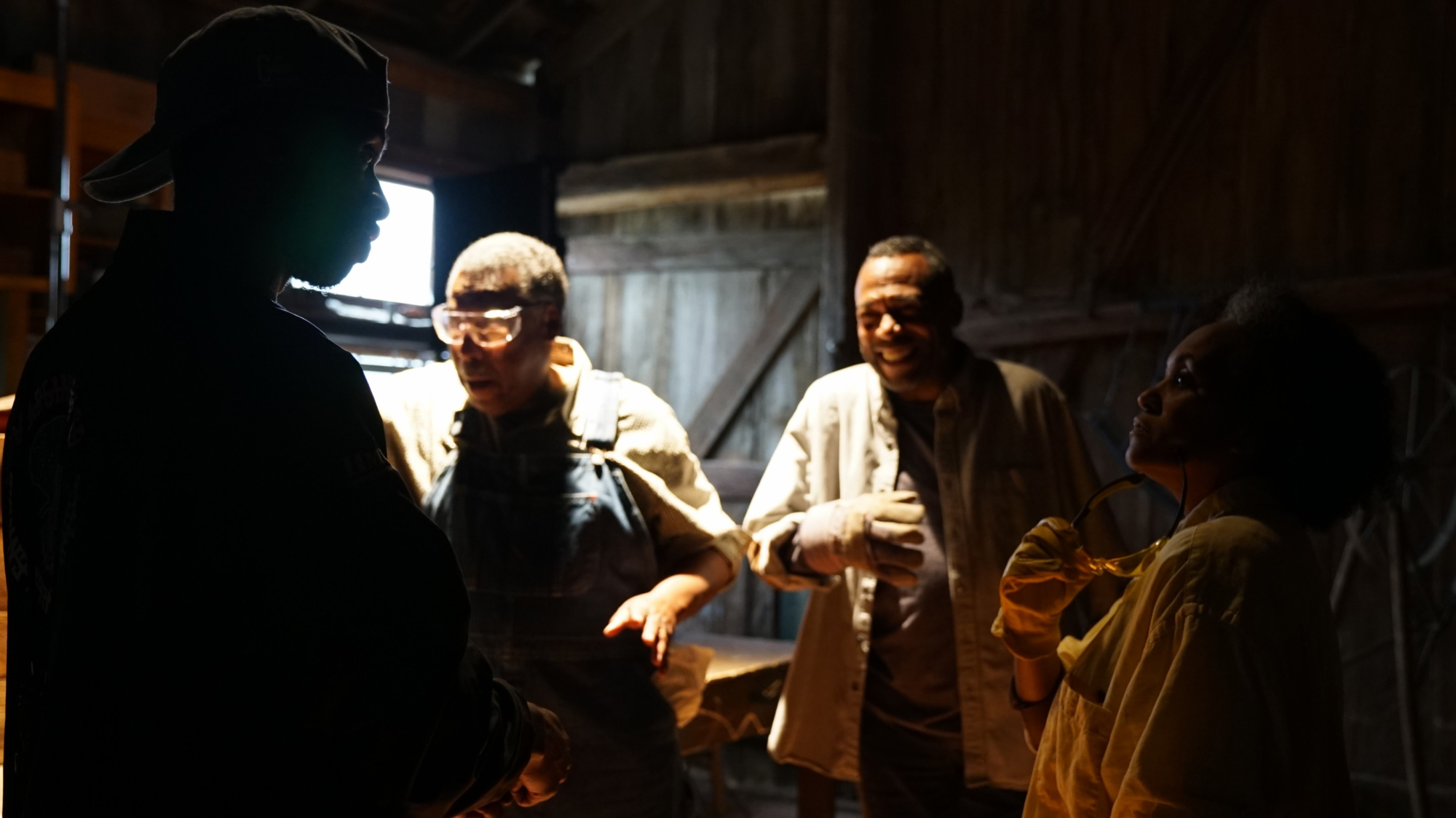 We cast three people who felt like family and gave them space to exist on the farm; our images and sounds came from their relationships to one another and to the environment; a grieving Herman was our point of entry, though it was understood we could only learn and feel so much at a distance.

We used a USC-provided Sony F5 and chose a vintage Angénieux zoom lens and a 1.33:1 format as additional parameters. Our production design gave in to nature and feeling; as would sound and editing, orienting a pace of life. Through winter prep, we studied many artists working with bodies, space and atmosphere, but most intellectual notions were abandoned to find truth in our circumstance. Production spread over four weekends in February ’17, with post through March and April, per course guidelines.

We began our festival run in November ’17, winning a DGA Student Film Award, and premiering at Camerimage in Bydgoszcz, Poland.

The privilege I have to engage the world, its many people and forms was not afforded my family, and I feel compelled to understand why, and to further engage these relationships.

In a wider context, how do you feel your experiences as a black man of your particular generation influences the type of work you feel compelled to make and the sources of inspiration you draw from?

I’m very much part of the period of black migration, both physically and intellectually. The privilege I have to engage the world, its many people and forms was not afforded my family, and I feel compelled to understand why and to further engage these relationships. Everything is in question and I think that’s okay. The internal work is being done.

With A Craftsman complete and now released online, what will we see from you next?

I’m writing narratives in Northern California. Inspired by the atmosphere.

A Craftsman is one of the many great projects shared with the Directors Notes Programmers through our submissions process. If you’d like to join them submit your film.