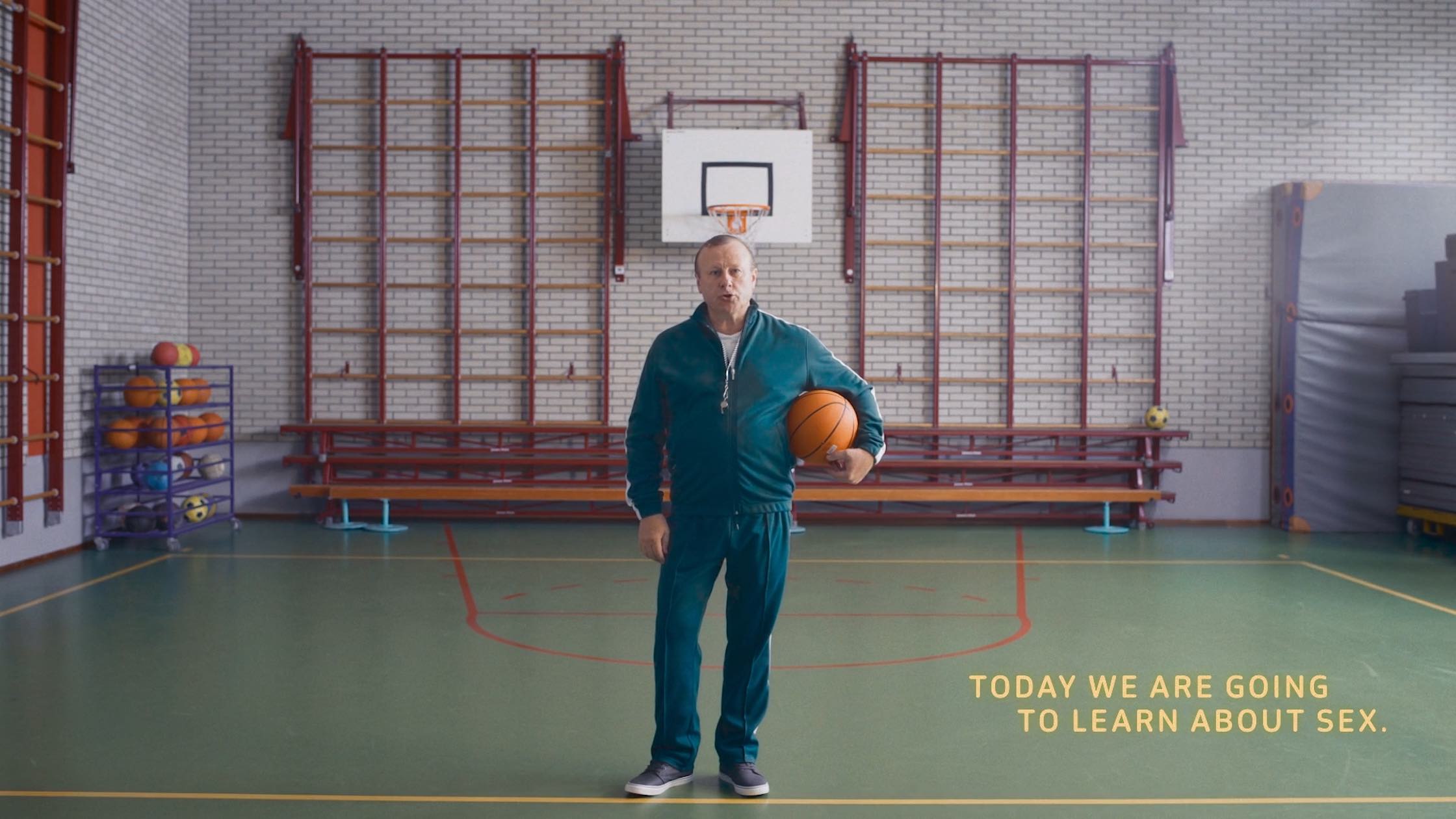 Thinking about your target audience is always a tough thing when creating content – you need to be able to put yourself in their shoes and carefully consider their perspective…easier said than done…especially when your target audience are beings from another world! Returning to Directors Notes to discuss VISIT EARTH (the first travel show for Aliens!) Mackenzie Sheppard joins us to reveal how he went about making six impressive episodes of a series designed to “sell” planet Earth to intergalactic tourists.

Welcome back to Directors Notes (again!!) Mackenzie. It only feels like a second ago we were discussing your short Moth and now you’re back with a 6-part series designed to introduce the planet Earth to Aliens. I guess my first question is – when do you find time to sleep (JOKES!)…how did this project came bout?

Thanks for having me back! I love DN!

EP Daniel Bruce from PopcornBrain reached out with the brief and scripts from Wieden Kennedy Amsterdam and I thought that the idea was genius. Right away, I loved it. I remember thinking “I have to do this”. Zero questions. Didn’t care about anything else. Drop it all. Cancel the other shoot. Just a straight YES. It’s rare those kinds of projects come along.

VISIT EARTH started in April of last year, and preproduction kicked off mid-May.

Where did the idea come from to select Aliens as your target audience and how did this novel take effect your approach to directing the series?

S7 Airlines and Wieden Kennedy Amsterdam have always been about selling planet earth as the ultimate travel destination. And have done various space-themed campaigns in the past. So the idea to take those zones and shape it into a full on Alien Travel was bound to happen I suppose!

When it comes to picking a subject for a film, you couldn’t have picked a bigger subject than Planet Earth. How did you go about deciding on the focus for each episode?

Creatives Chris Taylor, Emma Mallinen, and CD’s Joe Burrin, and Evgeny Primachenko were the visionaries behind the idea and concept. They had already crafted the spine and outline of every episode into the 6 categories. I was lucky enough to come in and get to play in their sandbox.

The tone of the opening was really important to kicking in the sense of playfulness that every episode has.

Each episode starts with a CGI fly through the universe intro – can you tell us a bit about the creation of this of what you think it adds to the series?

When I got each script, I remember these sequences were the HOOK. It was the perfect tractor beam invite to Planet Earth.

Ambassadors, based in Amsterdam headed up the CGI intro animation. Each intro had the same flight path, but all the earth-objects were going to be different per episode. So it was about finding the right collection and flow of these objects per episode. Most of which was already on the page…so it was just about capturing the right sense of scale and speed. Reality vs Magical nature of the journey through the stars. The tone of the opening was really important to kicking in the sense of playfulness that every episode has in the writing.

The fly in always ends with a shot of planet earth. Which is essentially our PRODUCT or PACK shot of the show. Earth is the product being advertised. I think we found the right balance between photoreal and magical. Nice job Ambassadors and team! 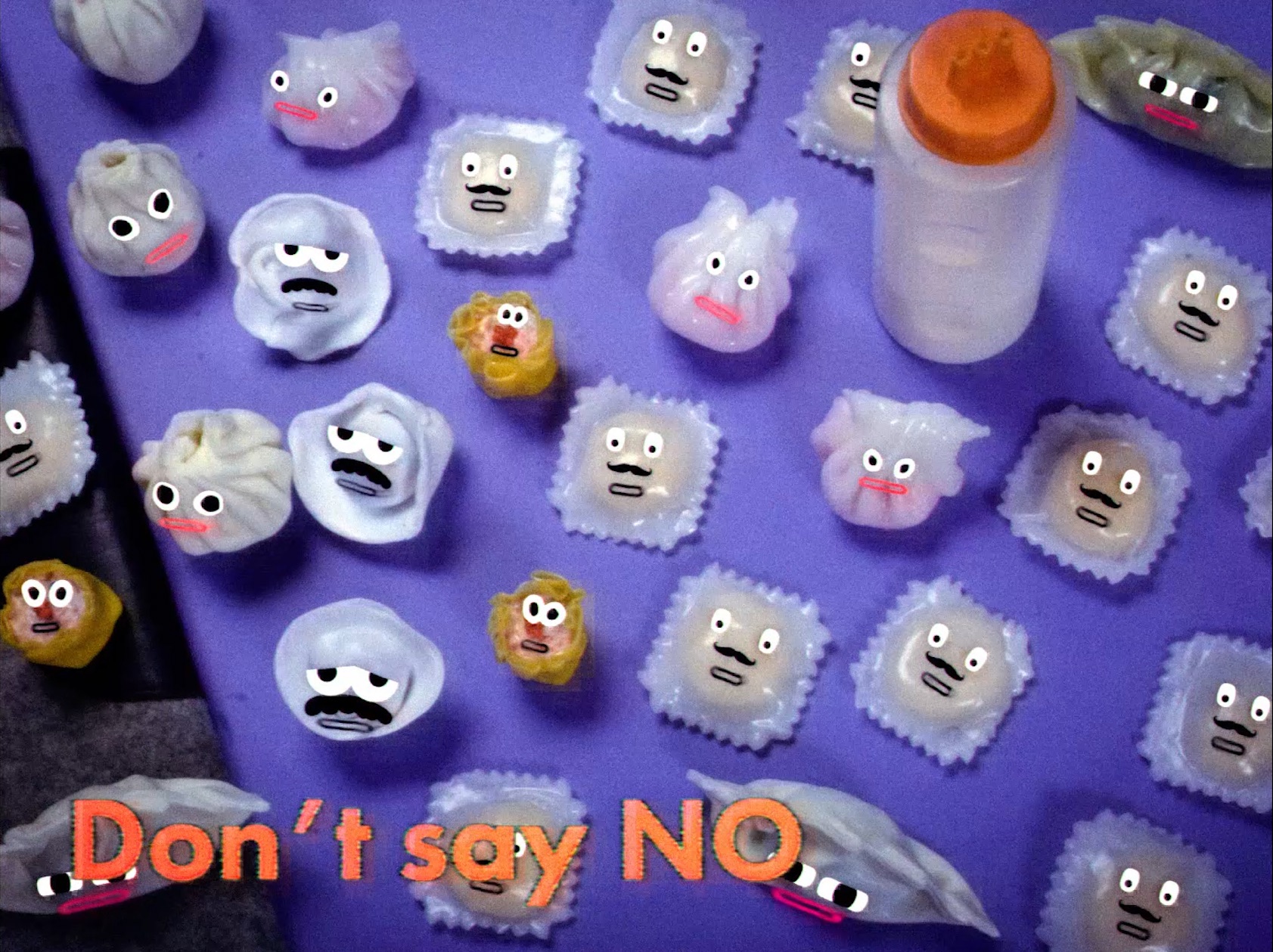 There are a number of other great animated segments throughout the series, how did you decide when to insert one of these segues and were they created by the same people or different teams for different segments?

The idea of intergalactic commercials and interruptions were really fun to brainstorm and think about. Evgeny (Creative Director) always had a great way of describing the show as a “mixtape of Humanity”…and mixtapes always have glitches, scratches and weird pre-recorded elements. So the idea is that these commercials would interrupt regularly scheduled programming all the time. This style of editing influenced the whole pace of the show.

In Russia, this clip went viral and was reposted several times as a standalone clip.

And yes, the most popular animated bit was “THINGS IN DOUGH” and we outsourced it to a local stop motion animator. In Russia, this clip went viral and was reposted several times as a standalone clip.

It would’ve been fun to do an episode that was entirely commercials….but…at the end of the day, you had to keep telling the story of each episodes themes and not get too sidetracked. It was always a balance of knowing that the audience was an Alien. It had to be fun for them as well as for us.

There’s an eclectic mix of footage in the VISIT EARTH series – can you tell us a bit about the process for obtaining it? Did you film it all yourself? If so can you can give some insight into the production? How long did it to take to shoot? How many different locations did you visit? What was in your kit?

Yes, we traveled for 41 days across 6 different countries and multiple cities within each. It was a LONG shoot (no rest days haha), and a massive amount of prep went into lining everything up. We couldn’t afford to do a whole scout trip before, so the whole shooting style was 50% fixed and 50% spontaneous.

Every day we would shoot little bits of each episode. One moment we were interviewing a ROCK, and the next we were interviewing a Romantic Couple about where an Alien should go to find love on earth. Some casting was done in advance, others just found on the street. We were pleased to find that a lot of travellers would happily get involved and join in the fun.

In terms of crew, it was essentially myself and Avery Holliday (the DOP) shooting. We would swap cameras here and there and have a small local team that was different per country. We travelled with 2 main cameras, an Alexa Mini and an A7s. On top of that, Emma (WK Art Director) handled shooting a lot of b-roll in different areas around where we were based. We equipped her with a Tokina 11-16 and A7 and she’d go set up cool shots. Nice job Emma!

The shooting philosophy I had was to always stay on WIDE angle lenses. The idea was to get weird and canted in our framing so that it felt like an Alien’s cocked head looking at or into things.

I didn’t want it to feel like a typical travel show in any way at all.

Everything needed to feel a little wonky and awkward. For example, when we did interviews, we wouldn’t be on a third with a 50mm lens. INSTEAD, we’d put on the ARRI 8Rmm and get 6 inches from the persons face and interview them like that. I loved it. Breaking every convention and just finding quirky odd perspectives on things. I didn’t want it to feel like a typical travel show in any way at all.

We also used drones from time to time, but honestly, I found that being up close and personal was the better way to go. Aliens see everything from their spaceships from a distance all the time….we needed to PINCH TO ZOOM down into Earth and get close!

The voice-over feels like the one element in the series that really drives the episodes and sets the tone. How much focus did you put on the script for this and getting the pitch just right?

Chris Taylor, the writer, is the voice of the show. He’s a comedian and has a talent for describing the familiar in a way that is fun and odd, e.g. “We put fuel into our fuel holes” = “We put food in our mouths”. Chris and Wieden had written a few of the scripts before I came on board. After the award, I was involved in building out sequences/bits that I had come up with while I read them, and Chris was super flexible in working them into what he already had. Thanks Chris!

We knew going in that a lot would need to be reinvented as we traveled and that gave me a lot of freedom to seize opportunities as we found them. The main thing was just getting in the mindset of an Alien as we traveled. What would they want to look at it?

Yes, that is being built up right now. Donny is being completely redesigned, and the story is centered around 3 key people he meets in his life. So the human side of the story is much more of the focus. I am also working on a new mini docu-series that addresses environmental issues and humans’ connection to them.

Currently, I am finishing shooting a short film connected to the world of Moth, which we will release hopefully within the next 2 months. Stay tuned for that! Lastly I’d also like to thank my friend Ian Pons Jewell for referring me for this project. I owe it all to you bro!