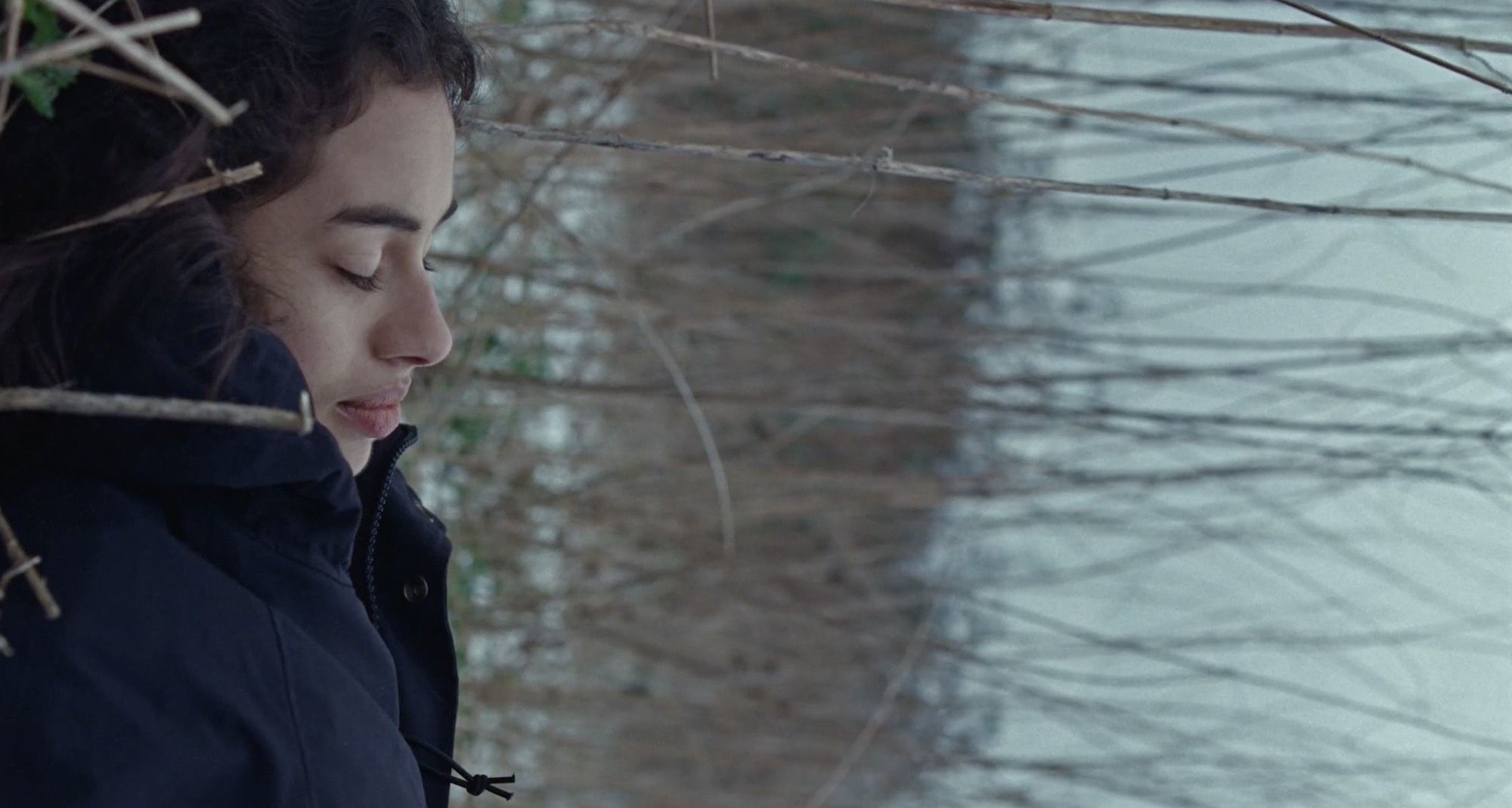 We spoke to Director Ellie Rogers at last year’s Flare and this year she’s back with another short featured in the festival’s programme. They Found Her in a Field is a short thriller about revisiting places of trauma and the regulation of emotion that brings. Shot on film, the story follows a woman revisiting the location of a significant event that ended a previous relationship. DN spoke with Ellie about manifesting ideas of trauma and time through her short film.

What inspired They Found Her in a Field?

I wrote the first few lines of the voiceover when I was about twenty. I was on an early morning train journey and looking out the window. All of the fields were covered in frost and the sun was just rising – the first lines just popped into my head. Later, as I developed the script I was thinking a lot about memory and how we process events in our mind. I’d personally been trying to process some difficult memories and learning how trauma can often come back at any point in your life, it’s cyclical and can be triggered by things, particularly locations. Every memory has a setting, a room, a house, a field. I thought a lot about how those places change over the years. It can be a shock to revisit somewhere that has left such a strong impression in your mind, only to find it different to how you remembered it.

I think some of the most potent memories are things you experience as a child or teenager. They leave imprints on you and it’s only when you are older you begin to understand the significance of events or experiences and how they have shaped you. Everyone remembers their first love, but what happens when those memories are intertwined with a traumatic event? Martha’s first experience of love becomes tainted and her fear and shame of ever talking about it means it continues to haunt her, which ultimately becomes incredibly damaging.

The cinematography is just stunning, slow and poetic, could you talk about working with your camera crew to create it?

The Director of Photography, Adam Barnett, was so brilliant to work with. It was our first collaboration. A mutual friend put us in contact and Adam had some 35mm film stock left over from a shoot and was looking for a short film project. We met and he totally understood my vision of the film. All our references to films we admired were very aligned and he even sent me some music, asking if it was the right tone I with thinking for the film, which it was. During the shoot, it was great to describe moments in films that were similar to what I wanted and he knew instinctively what I meant. It was a really challenging shoot and we had very little time so having a visual shorthand was really helpful.

From the beginning, I had some very firm images in my head of the girls together, but you never know what challenges you will face and it just so happened that it decided to snow in London that weekend we were filming. It was a blessing and a curse, we weren’t prepared for it in terms of production and it messed with continuity but we had to take advantage of what it gave to the story and feel of the film. I think it really adds to the atmosphere we wanted to create.

When shooting on film you have to know what you want and be smart about it.

The cyclical nature of the trauma that you referred to is imbued in the narrative when writing the script did you develop the voiceover first? Or was it alongside the imagery?

They came together quite early on when writing the script. I wanted to challenge myself in telling a story through voiceover. I would have loved to have been a little more ‘Terrence Malick’ about it all and been free with the camera and improvisation but we had a limited budget and when shooting on film you have to know what you want and be smart about it.

I usually find voiceover in film is overly expositional and often doesn’t add anything, so I knew my choice of language was very important. Martha’s inner monologue, therefore, became more about the world outside of the field, the playground talk and rumours. Although we only see the field, this gave a sense of a larger world and events surrounding this tragedy. The visuals had to speak for themselves and tell their own story. The repetition of certain images helped convey this haunted and tormented feeling. Also changing small aspects of these reoccurring images helped convey the idea of having both good and bad memories of a particular place intertwined. Her memory is distorted and muddled and she is trying to make sense of it all.

Could you talk about how you instructed your actors to portray a sense of time passing? It’s a difficult aspect of filmmaking to get right but your actress does a brilliant job.

That’s really lovely to hear. Nina Mazodier, who played Martha, was so incredibly dedicated and passionate about the project. I remember she was really excited when I asked her whether she would also play the older version of Martha as well. I was looking at casting a different actor but I just felt that it can often take you out of a film if you don’t get the casting quite right. I knew from talking at length with Nina about the film that she understood the pain and trauma surrounding Martha. I think this shines through in those later moments on the industrial estate. It also helped that we had shot all the field scenes first, so she was able to think about those scenes whilst walking around the industrial estate.

I’m developing a few projects at the moment that I’m really excited about. Adam and I have been discussing shooting a tondoscopic film which I think would be a wonderful exercise in framing and thinking about the psychological impact of a circular frame on the audience. I’ve got a comedy/drama in the pipeline as well as a feature I’m developing about a forensic artist who falls in love with the sister of a girl who’s been missing for twenty four years. There are a lot of similar themes to They Found Her in a Field, so I’ve been researching a lot more into trauma and memory. It’s fascinating but I wouldn’t recommend it as bedtime reading!