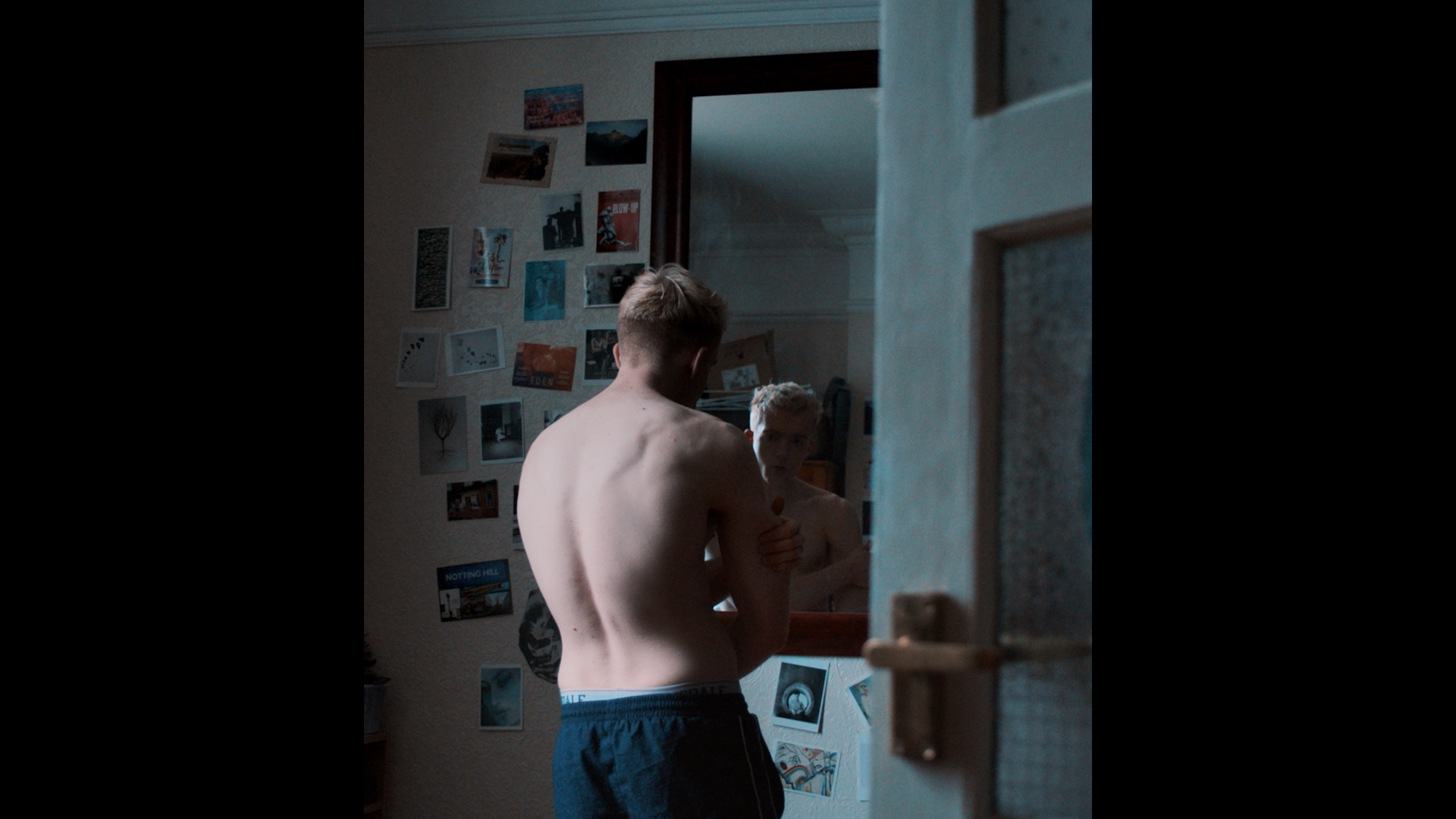 If you’re familiar with queer cinema, you’ll be aware that one of the main tropes presented on-screen is sexual exploration through digital means. Grindr and other apps have become staple touchstones for gay culture and the app, or a similar alternative tends to be a prime story focus. What makes Lukas Revzin’s short stand out amongst the pack is two things, firstly the character-driven drama of his story, I don’t want to reveal too much but through his characters’ reactions we see a different approach in attitude to dating culture, and secondly, through its presentation, Fun Only is told through the aspect ratio of an iPhone. This allows Rezvin’s short to provoke questions of perspective and style. DN spoke to Revzin during the BFI Flare festival about his cinematographic choices and how he developed the close intimacy between his actors.

How did you come up with the idea for Fun Only?

Just moments after I got a blow-off message from a guy I hooked up with in a semi-datey experience, something hit me and I felt like I wanted to share with the world what had happened. I wanted to better understand the evolution of intimacy established online and my own expectations of it.

I loved the format which looked great on the big screen. Is it intentional so that audience members watch it on their phones or was it more of a stylistic choice so that it’s representative of Matt’s perspective of gay dating culture?

The idea to shoot the film in an iPhone screen ratio came from our Cinematographer Michael Filocamo. The way I see it, the film becomes a sort of a digital love story where decisions, emotions, and actions are based on superficial information, with deeper feelings suppressed and pushed aside into the invisible peripheries.

I encouraged them to think about their past experiences using Grindr and to bring those experiences on the set.

Could you talk about developing the intimacy between Nick and Peter as actors, was that something worked with them off set or during the production?

Nick, who plays Matt, and Peter, who plays Dugal, didn’t meet each other until the actual shooting date. I wanted to reproduce the experience of meeting for the first time as in an online hook-up. In preparation, we discussed carefully what their intentions were towards each other as characters. I encouraged them to think about their past experiences using Grindr and to bring those experiences on the set. 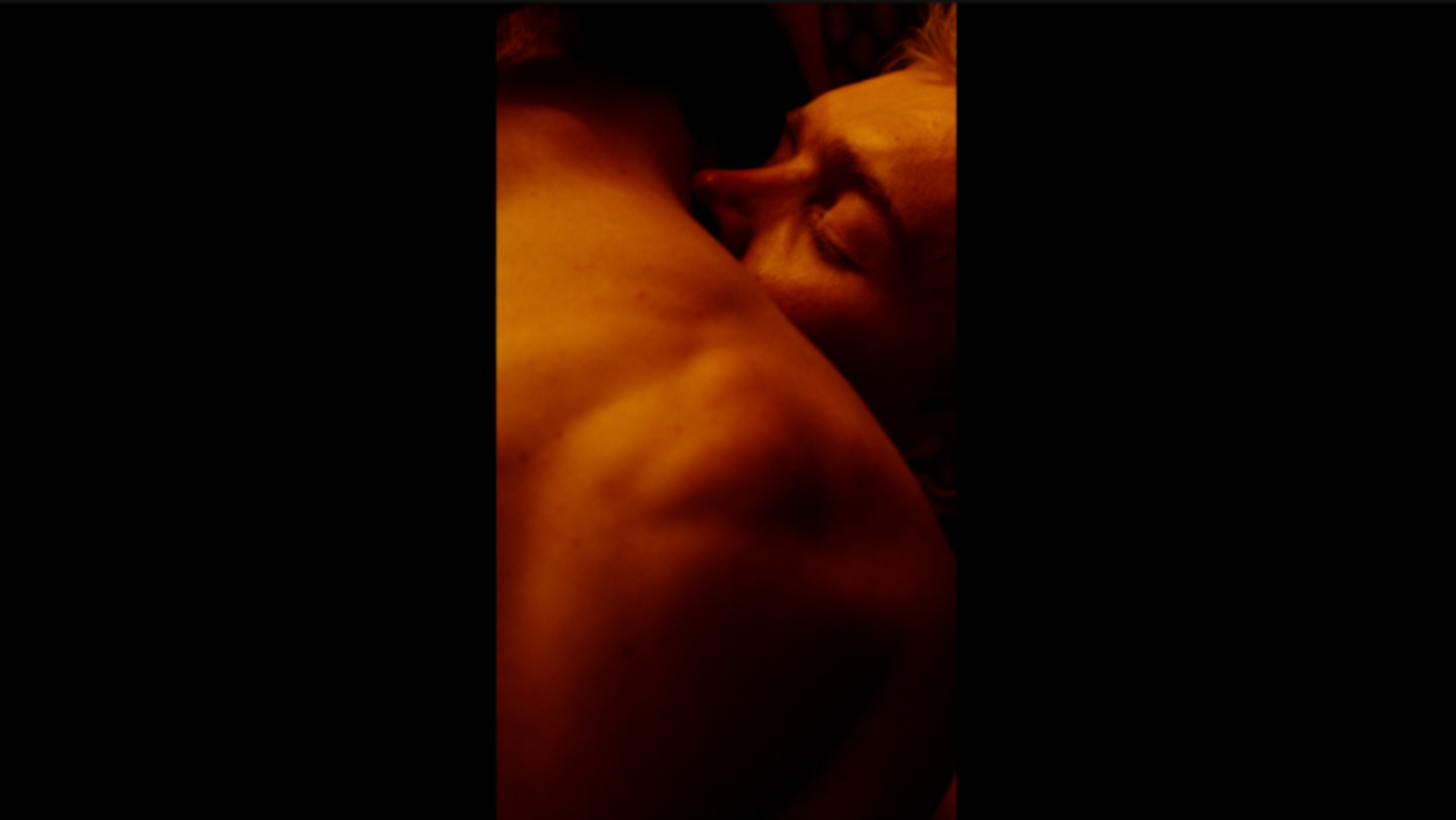 Part of what I really enjoyed about Fun Only is that it feels like a refreshing take on the typical gay-hookup-film, what are your thoughts on where Fun Only fits into the wider canon of queer films?

I am not sure how to answer this. I was interested to explore what lies behind the exterior of a traditional hook-up narrative. For me, it feels like the film tries to confront that narrative and ask why and how it happens. Perhaps that’s what makes it refreshing?

I am working on another short film which I am planning to film in Lithuania where I grew up. I am on a quest to confront another familiar narrative of teenage heavy drinking experiences as a 16 year old with summer friends.