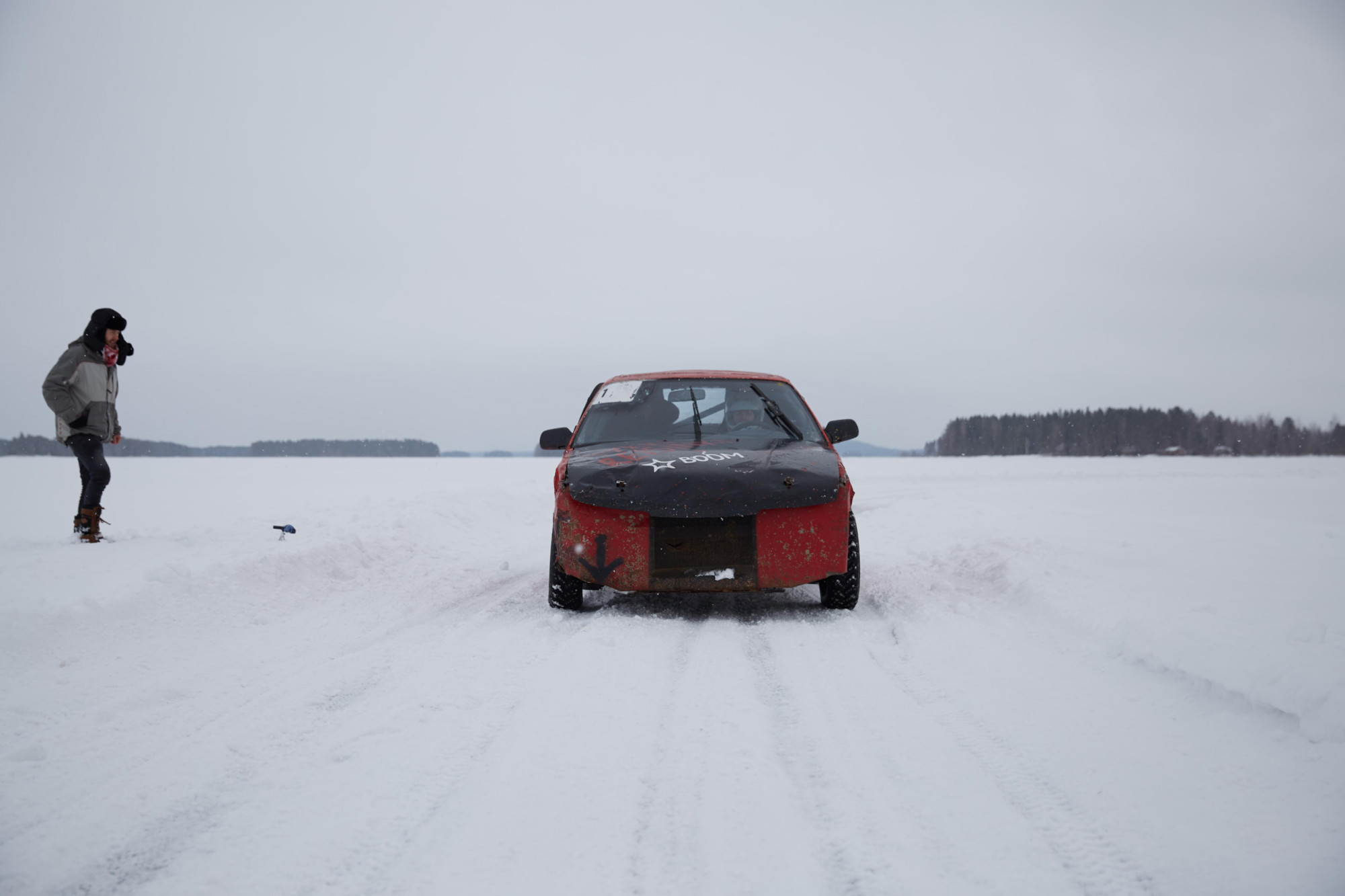 Raised by the extended family that is Finland’s DIY racing scene, Taru from directors Ossi Piispanen and Elliott Gonzo introduces us to Taru Mikkonen, a driven young woman who at the tender age of 19 became a Finnish non-league rally driving champion. In conjunction with Taru’s Directors Notes premiere today, Ossi shares how he and Elliott brought this inspiring portrait of one teenage girl’s grit and determination to carve out a successful place for herself in the ‘man’s world’ of rally driving to screen.

Finland is a nation obsessed with motorsport. The vast, unspoilt countryside is a driver’s paradise and you’ll see Finns dominating in both rally and Formula One. But racing is normally a rich man’s game – cars cost a fortune and maintenance requires a full team of mechanics. Yet, all the world class drivers have to start somewhere, and I found the low budget racing series – like Rokkiralli – to be the most creative.

I am originally from Saarijärvi, a tiny town in Central Finland but have lived in the UK for the past 10 years. After moving to London, I developed an interest in DIY communities, grassroots movements and the countryside.

I got the idea for Taru while shooting my first short film Jaakko in 2016. I went back to my hometown to make a documentary about a local teenage skateboarder who built his personal skate utopia in the most unexpected place, a family barn in the middle of nowhere. Whilst filming Jaakko there happened to be a grassroots rally race on the frozen lake near the town centre; one of the annual winter races for the Rokkiralli series. I grew up seeing this every year and never really thought much about it, but after living in the UK and coming back to Finland I have started to see stories that I never recognised before.

In 2017, I started my research, contacting the race organisers and teams to find the right characters. I came across Taru Mikkonen, the 2017 women’s Rokkiralli champion. This was the first year Taru had qualified for the senior women’s series, after previously competing in the mixed sex junior league, which she had also dominated. We contacted Taru and had a chat with her family about our idea to make a short documentary with her.

After living in the UK and coming back to Finland I have started to see stories that I never recognised before.

In March 2018, we set off with the team from London and Athens, co-director/DOP Elliott Gonzo and writer/producer Alex King. Elliott has developed a very strong visual style in his previous narrative and documentary films (Sour Milk, Yeast and forthcoming feature documentary Tight). Alex is an old friend of mine from London and we have worked together for several years. Coming from a journalistic background makes him a great documentary producer because he can help elevate stories to a higher level; and he writes the features we often publish alongside our film and photography projects.

Shooting took place in Heinävesi, Eastern Finland, about 100km from Russian Border. Conditions were pretty rough, especially when shooting the final scene on the lake. Temperatures dropped below minus 10C with icy winds, so it was a physical struggle to get everything shot. But Finland being Finland, there was a hot sauna – in the family garage – to look forward to at the end of the day.