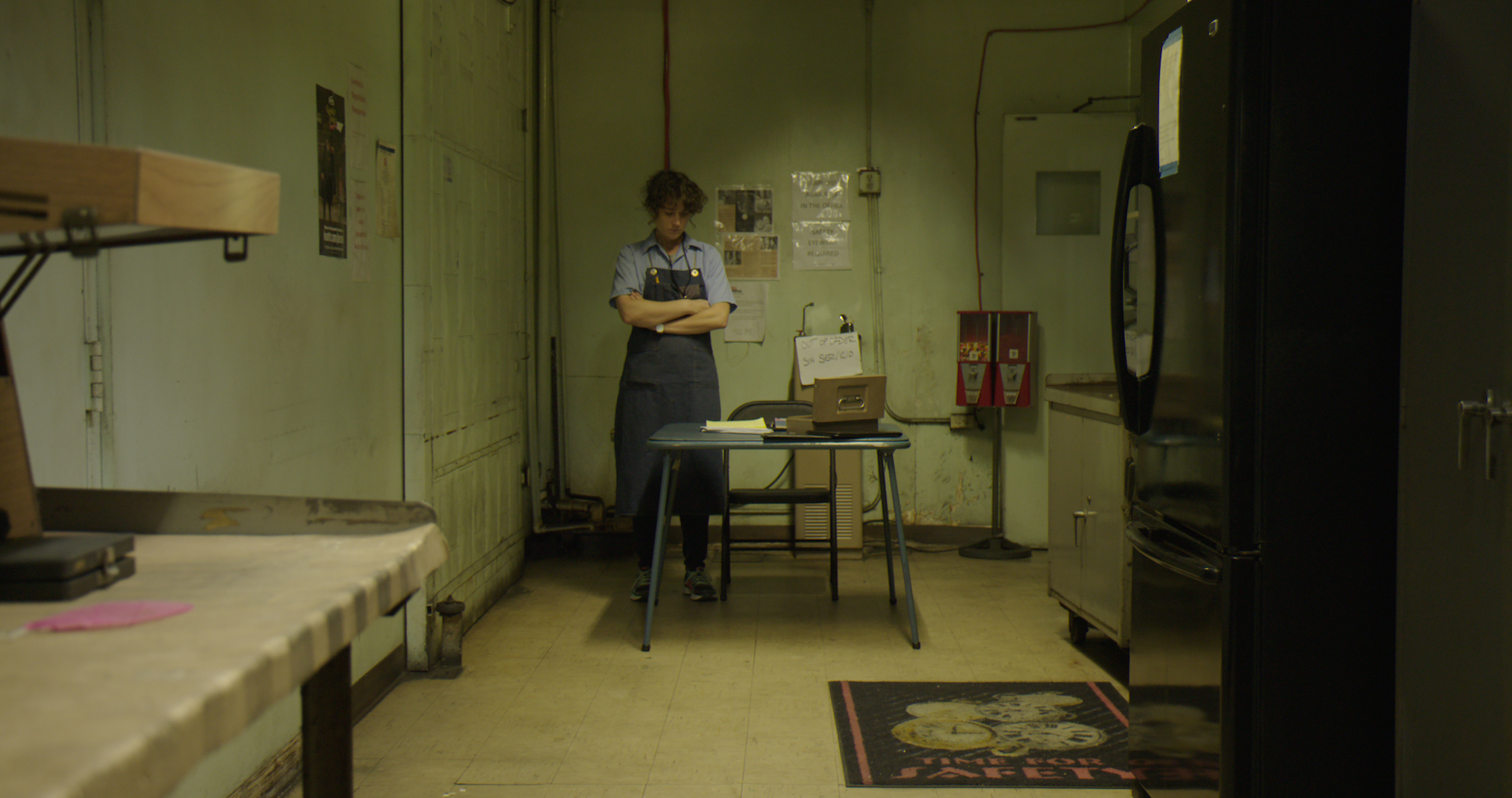 Daniel Drummond’s A Foreman centres around subject matter that can be very difficult to represent; the morality surrounding blue-collar, working-class industry rights and ethics. It follows Piercey Dalton, who plays a foreman of a factory who has to simultaneously appease her boss whilst confronting him about the unfair treatment of his own staff. Drummond uses this narrative to cleverly deal with the fragility of the male ego by grounding the audience in Piercey’s performance as the foreman. It’s a short film that twists and turns and isn’t afraid to make you feel uncomfortable. DN are very excited to be premiering A Foreman online and we were fortunate enough to speak with Drummond about how he approached these themes with the correct authenticity and honesty.

Where did A Foreman begin?

A Foreman was my first year project while attending the graduate film program at Chapman University. I was trying to come up with ideas for it and remembered this article I had read somewhere. It was written by a former inspector from some sort of regulatory body. OSHA-type thing. That inspector was describing certain occasions where he felt conflicted between reporting gross violations or letting them slide, seeing as a truthful report could result in the shutdown of the business and the loss of many people’s jobs, particularly undocumented workers.

I thought that was a remarkably difficult position for someone to find themselves in, dwelling between several grey moral areas, devoid of a clear right and wrong. So I decided to tell the story of such an inspection. It was very hard for me to make that work in the page count we were working with. I had to tell this story in 12 pages and it was very hard to establish, in 12 pages, why an inspector would risk their job and livelihood for the sake of workers he had never met before. The stakes just weren’t clear or high enough. I toyed with the idea of having a pre-existing relationship between the inspector and the workers but it was just a lot of backstory for a project this small. Eventually, my mentor suggested telling the story from the point of view of the factory foreman and that sort of solved all those issues. 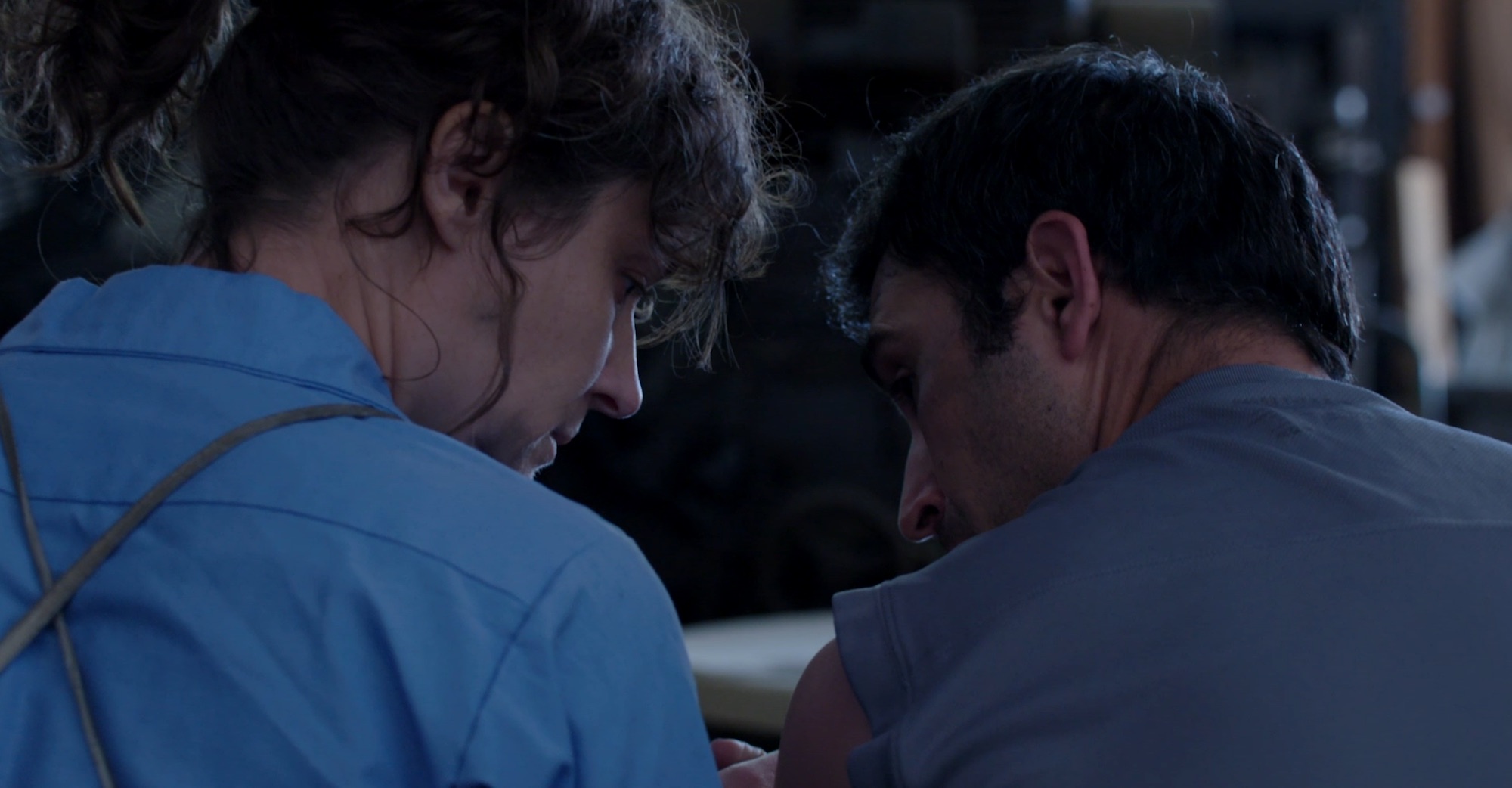 What attracted you to the subject of blue-collar industry and working-class representation?

That’s a great question. Working class stories have always resonated with me. I think it is in large part due to my upbringing in Brazil. I’m from a very poor region in the Northeast of the country so my proximity to blue-collar industry was significant. My parents were also very involved with NGOs and social work in poor and rural communities so I grew up in a very humanistic household.

That said, the ethics of working class representation can be tricky. How do you tell the stories of those less fortunate than you without veering into exploitation? That’s why it’s so important for me to be honest. To make the work honest and the characters as honest as they can be. We’ve screened it to a few audiences and I’ve had people come up afterwards and say “That was my job, I hated it” or “What you have made is almost a documentary”. It is very encouraging to hear that type of response from people who’ve lived through those situations. I think it shows we’re on the right track. 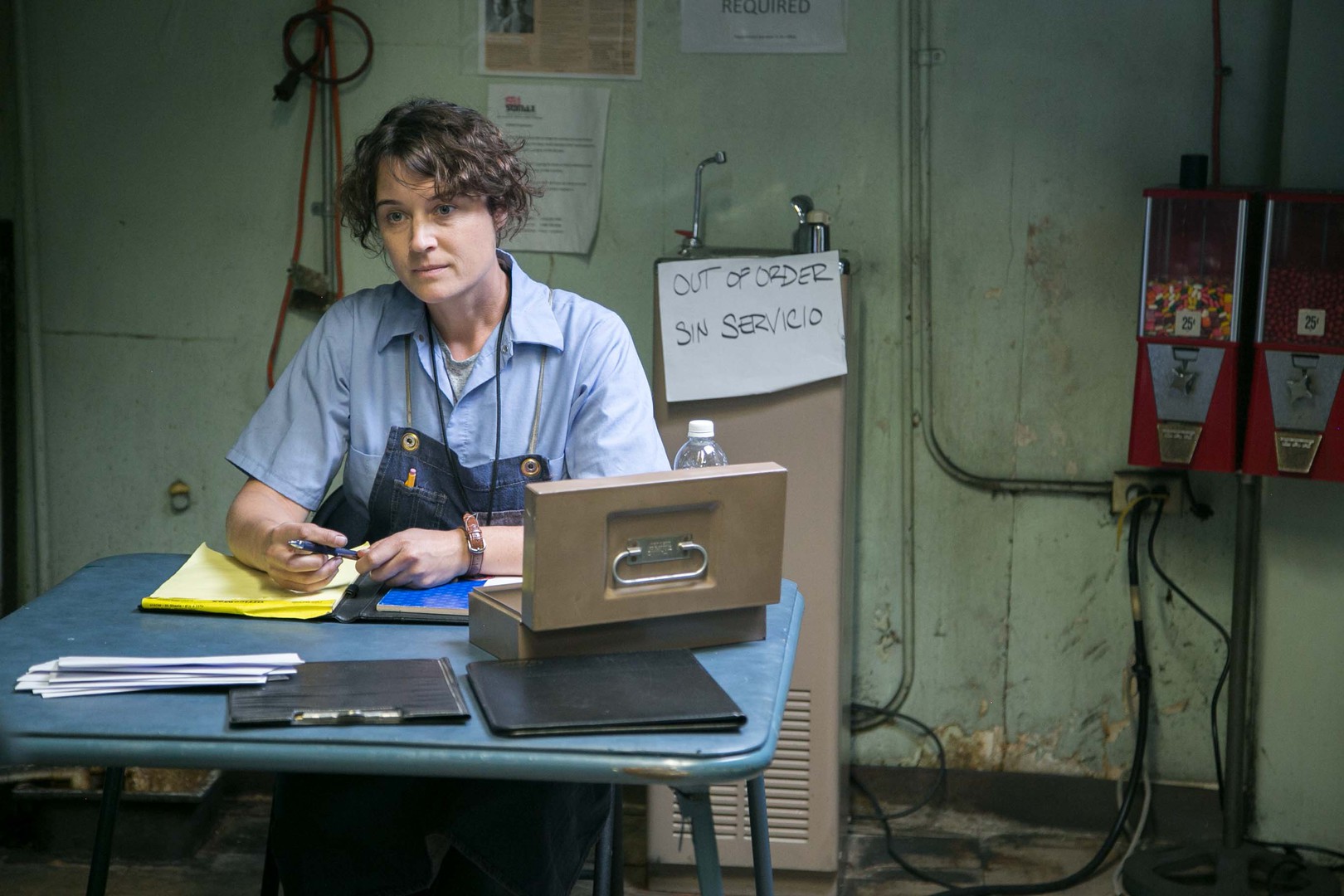 How do you tell the stories of those less fortunate than you without veering into exploitation? Make the work honest and the characters as honest as they can be.

Piercey Dalton leads with such a strong central performances, it totally grounds A Foreman, what was it like working with her to create her character?

Piercey is one of those collaborators you come across once in a lifetime. We had met a few months before A Foreman for a scene exercise and she blew me away. A few months later, casting for A Foreman was underway, and we really struggled to find someone for the lead role. It was originally written for a man but after auditioning 60+ actors and not really connecting with them for that role, I reached out to her and asked “Hey, I have this script, the character is written as a male but would you be interested in coming in and reading for it?”. Luckily, she agreed.

By the time the audition was over we knew we had our lead, and we ended up not changing anything in the script after the gender reversal. Just changed the character’s name and off we went. From there on we had a few talks and rehearsals with some of the supporting cast, discussed a bit of backstory and she in particular did a tonne of research. The story was originally set in a sweatshop but we couldn’t find one that would let us shoot there and I just remember Piercey going over all these articles and research she did on the issue.

A Foreman has played really well internationally! Have you noticed different responses depending on which country it screens in?

I’m actually more surprised by how similarly it played in different countries. Immigration is a hot topic in the US right now, illegal immigration in particular. So it’s something that is very much on people’s mind and when people see that aspect in the film it becomes part of the conversation. Yet the film seems to have resonated with audiences overseas as well, in countries whose politics are not so focused on those issues. Which is good I think, because it indicates the film works on a storytelling level and not solely on a social commentary one.

What films and projects are you planning on working on next?

I just finished my thesis at Chapman, a short called Rust. The script went through the Berlinale Talents lab and Piercey and I collaborated again on it, it’s our 4th project together. Michael Maino, who plays Theo, is in it too and so are some of my crew from A Foreman. The film follows a woman who lives in a junkyard with her family and her attempt at burying a dead dog she finds in the wreckage of an old car. We just started submitting it to festivals and hopefully will be playing a few starting this summer. Who knows, maybe it will be up here on Directors Notes in a few months!