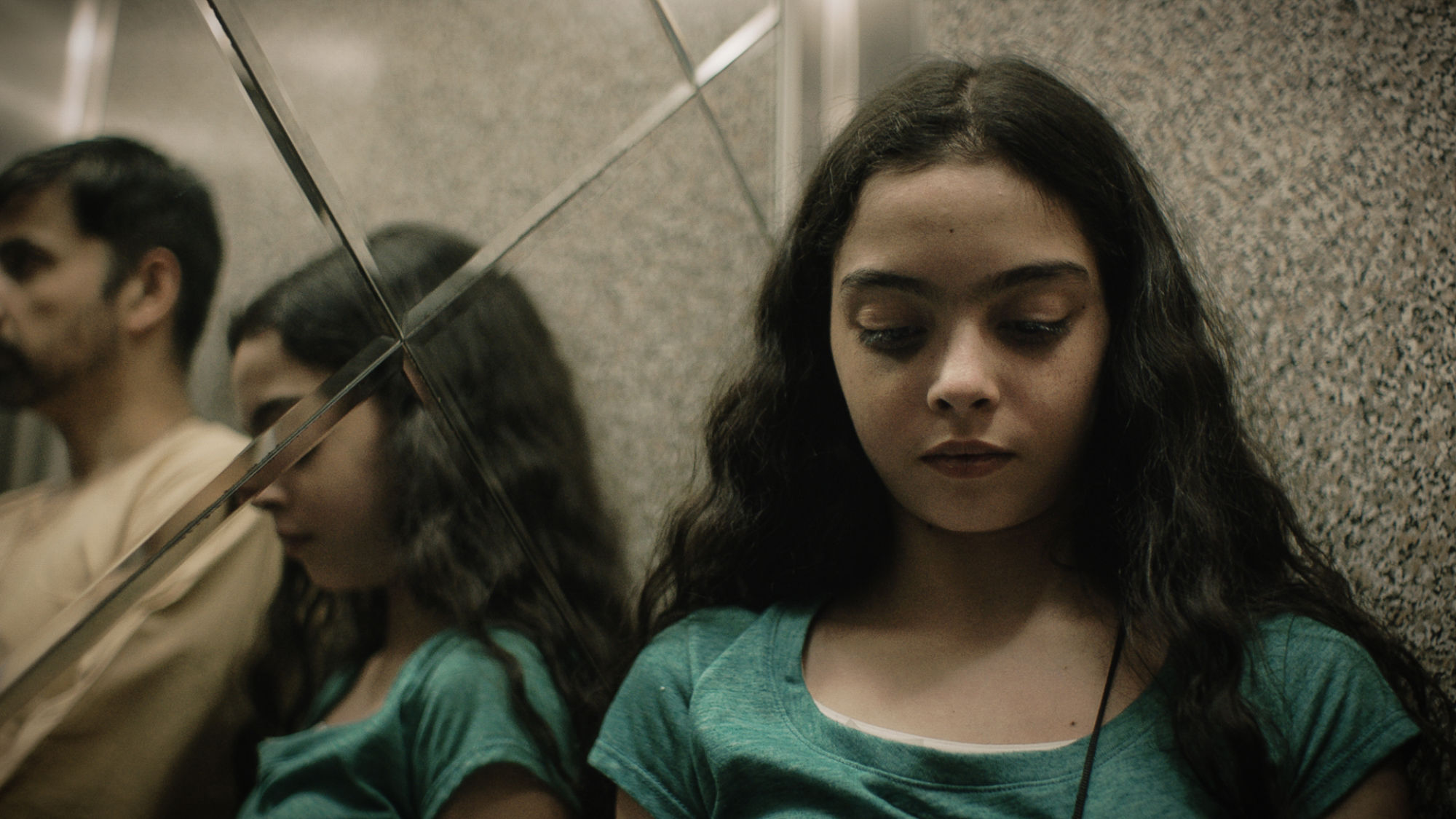 A filmmaker who first impressed us here at Directors Notes last year with blackly comic short Something More Banal, Writer/Director Shalini Adnani returns to DN today with new short Somebody’s Daughter – the poignant story of a young immigrant girl whose perceptions of her father are reshaped when she accompanies him to a humiliating job interview. Below we catch up with Shalini to discuss the fallibility of parents, the importance of subtlety in her storytelling and why you may want to head to Tinder when casting your next film.

Was there a particular experience that led you to the story of Somebody’s Daughter?

This project was inspired by growing up in an immigrant community in a foreign country. Especially a country that, unlike many Western countries, was not acquainted with Indians or Asians; there’s a kind of innocence in the way Latin Americans viewed ‘us’ growing up. Mostly, I was inspired by a simple moment when I realised my parents were flawed, human and susceptible to humiliation.

I think as a second generation immigrant it’s always important to look at your parents and the radically different circumstances and obstacles they had to overcome. In terms of development, the story started off much larger in scope. The process involved boiling the story down to its most simple sentiment. I wanted to make something intimate and honest. Even during postproduction, we kept removing dialogue and making it all slimmer and simpler.

I was inspired by a simple moment when I realised my parents were flawed, human and susceptible to humiliation.

What were the mix of practical/narrative considerations which propelled the pruning of the film’s content?

There were some practical restrictions, but it was mostly due to budget. It was mostly a narrative limitation and a desire to understand the structure of short films. In film school, everyone says you should start a short at the end of the second act so you quickly get to the climax. I guess I was trying to be very succinct, but in hindsight, I don’t think I’m interested in telling stories that way. I like subtlety and my approach to short form is entirely different. I don’t even like the idea of having acts in a short. Furthermore, I had the narrative inclination to have this father and daughter staying in a local’s house, and starting at their host’s house and showing the discomfort of staying in someone else’s home when you know you need it.

Somebody’s Daughter required a nuanced emotional performance from first timer Zara Henstock not typically associated child actors, how did you manage that and where did you find her?

Casting was very wide in its scope. I was open to all ethnicities and a wide range of age so I looked and saw all kind of girls, some with lots of acting experiences, others with absolutely none. 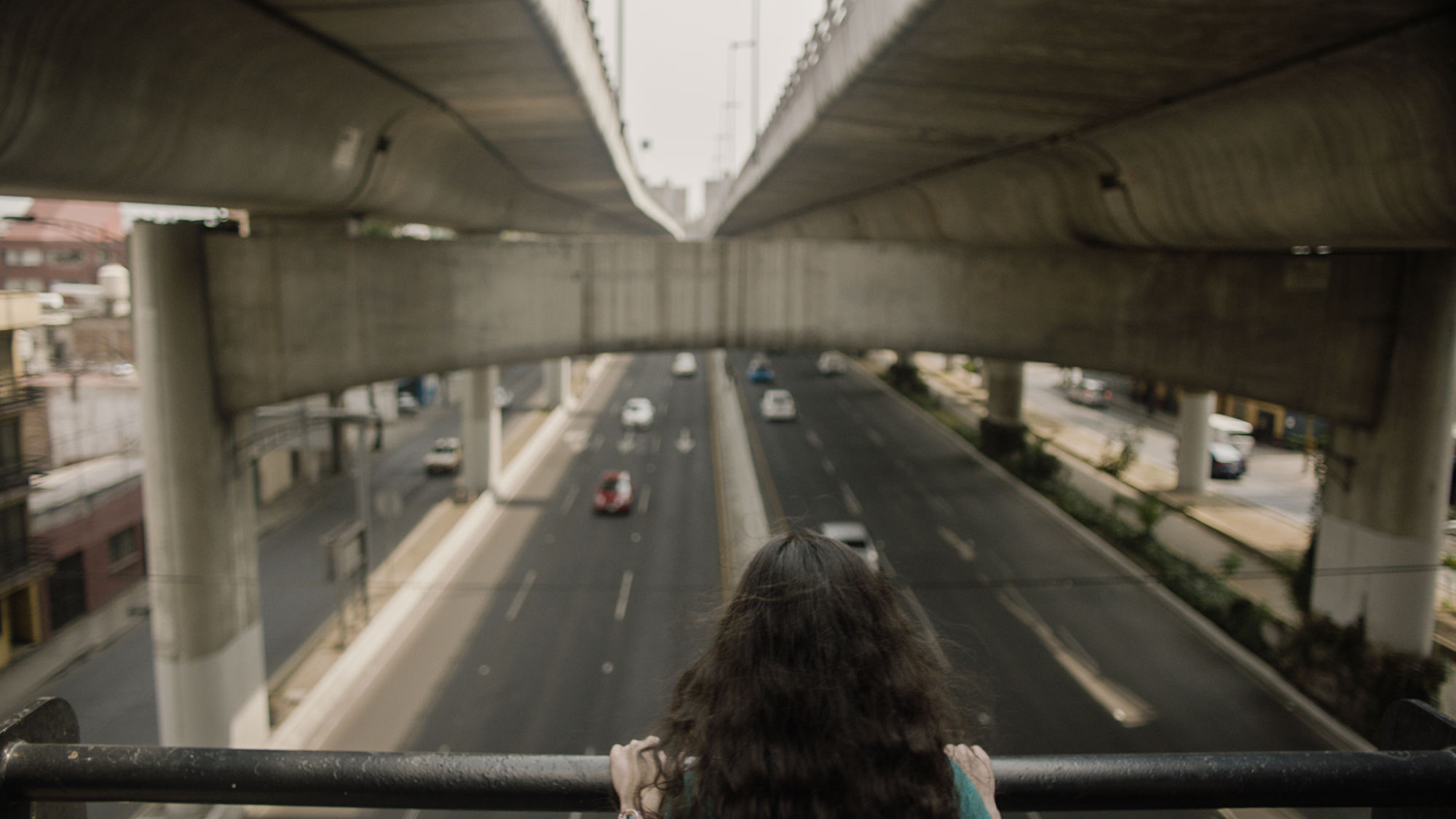 The nuanced performance from Zara was a hard one to achieve, it required a lot of shooting her when she didn’t know the camera was rolling and working with key works for the rest of the crew to allow me to capture those moments. I experimented in many ways. For one take, I made Zara watch a video of a gymnast competing during the Olympics who falls and can’t finish her routine, which I think really worked for her since she had a dance and gymnastics background.

Funny enough our most effective casting tool was Tinder.

How challenging was your Mexico City shoot?

We arrived one month before filming, but then due to circumstances actually shot one week earlier. From the moment we arrived, we were in pre-production and had to deal with logistics. We shot for three days so it was relatively quick. The biggest challenge was finding the background artists who had to be varied in terms of ethnicities and cultures. Funny enough our most effective casting tool was Tinder and other social media outlets, which allowed us to find recently arrived immigrants who were interested in meeting new people. Ever since that experience, I find dating apps one of the best casting tools.

All in all, it was a pretty long process, I think it was a film that changed during the shoot and then again during post production, so it kept changing. Even during the sound design, it changed entirely again. I think from conception to end it took about a year.

What did you shoot on and why did you choose to frame the short in a 4:3 aspect ratio?

We shot on an Alexa but I initially wanted to shoot mini DV, which was a hard sell for my Cinematographer Joan Vicente Dura. I liked the idea of emulating television and was always in between shooting 4:3 and 1:66. The short also deals with representation of people on television, film or advertisements, so I guess I wanted to reflect that in a more traditional way. Furthermore, I think shooting 4:3 helped us stay with the main character and her perspective more.

How’s the A Grown Woman feature edit going? Will that be next or do you have more shorts in store for us?

The edit for A Grown Woman is going really well, we are now working on music and hoping to be done very soon. My next project is a feature film, Kollam, set in the backwaters of Kerala which centres around a construction’s family involvement in illegal sand mining in the backwaters. It has autobiographical elements based on my summers spent in India as a child. As for shorts, I do really want to shoot another one before Kollam but I’m not entirely sure what. I am sure it will probably take me back to my hometown in Santiago, Chile.