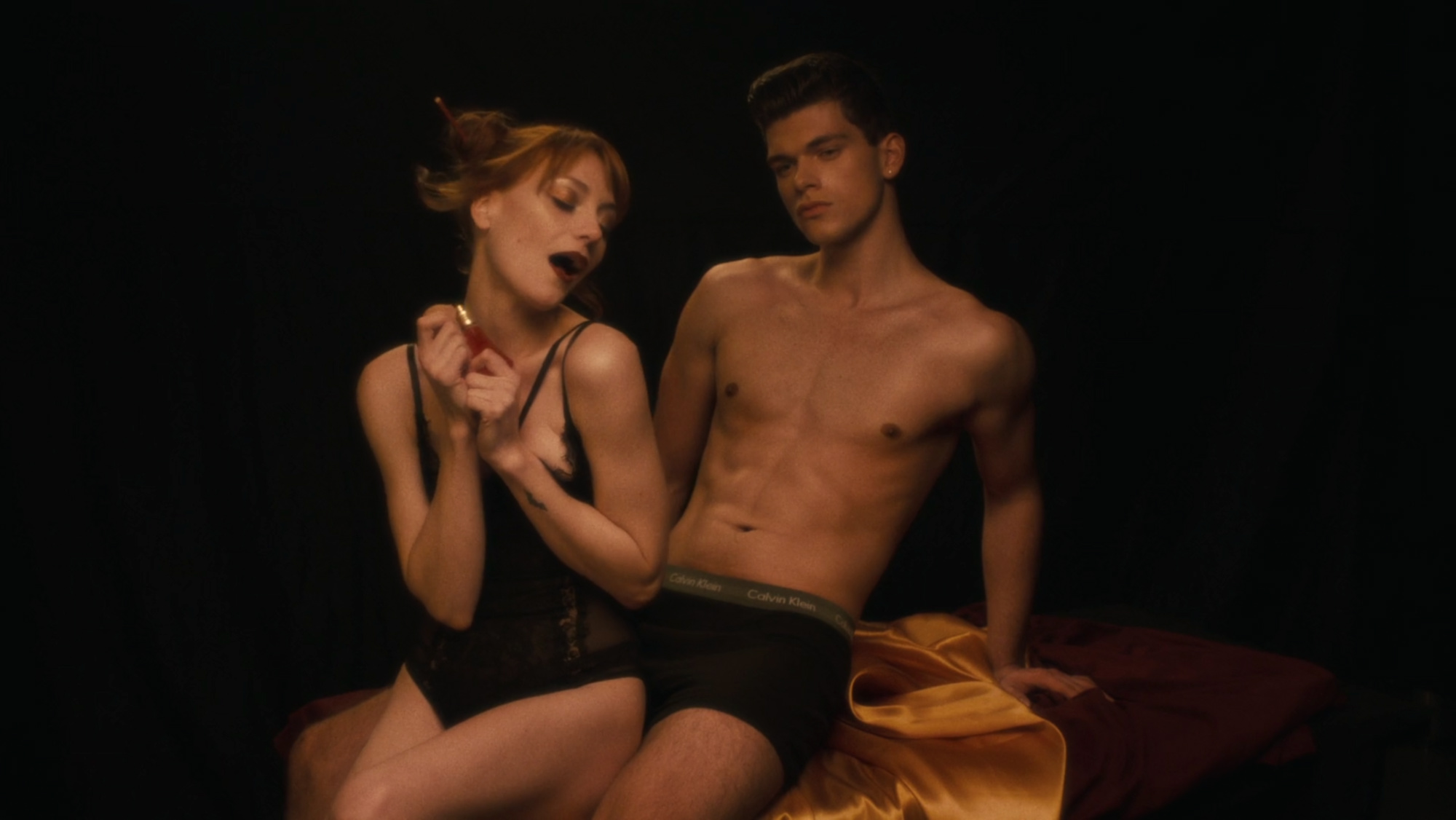 An examination of various representations of the female form in North American society, experiment short Single Persephone presents nine portraits that all reflect an image which has impacted filmmaker Kaayla Whachell’s perception of her sex and body. Directors Notes invited Whachell and Director Brock Newman to explain why they chose to create a feminist film that was a true collaboration between women and men and would also showcase the friendships and appropriate work relationships that can appear within the arts.

Kaayla approached me with this concept and said, “Do you want to direct this?” and at first I thought, “I can’t possibly?! It’s not my story and I’d be out of place directing such a personal voice here.” On top of that, I had mixed feelings about spearheading a feminist film. Don’t get me wrong, I’d love to, but it circled back to am I the right one to do this? Would I fall victim to lensing it with a male perspective?

My being involved, and to such a degree, was part of the movement.

But through Kaayla’s grace and commitment she let me see that indeed that was part of the point this time around. My being involved, and to such a degree, was part of the movement. Part of the making of this film – and that’s what was going to be the refreshing spin on it all. That we artists, gendered or not, could explore dominions of fashion/beauty culture side-by-side and create an entirely judgement-free experience and wholly safe environment for individuals to bare it all (both literally and figuratively).

Ultimately these scenes are inspired from images that had impacted Kaayla growing up, and I hope that by addressing it and focusing on a positive response, we can contribute to the narrative that is working towards making the fashion and commercial world an equal and appreciative domain for art. 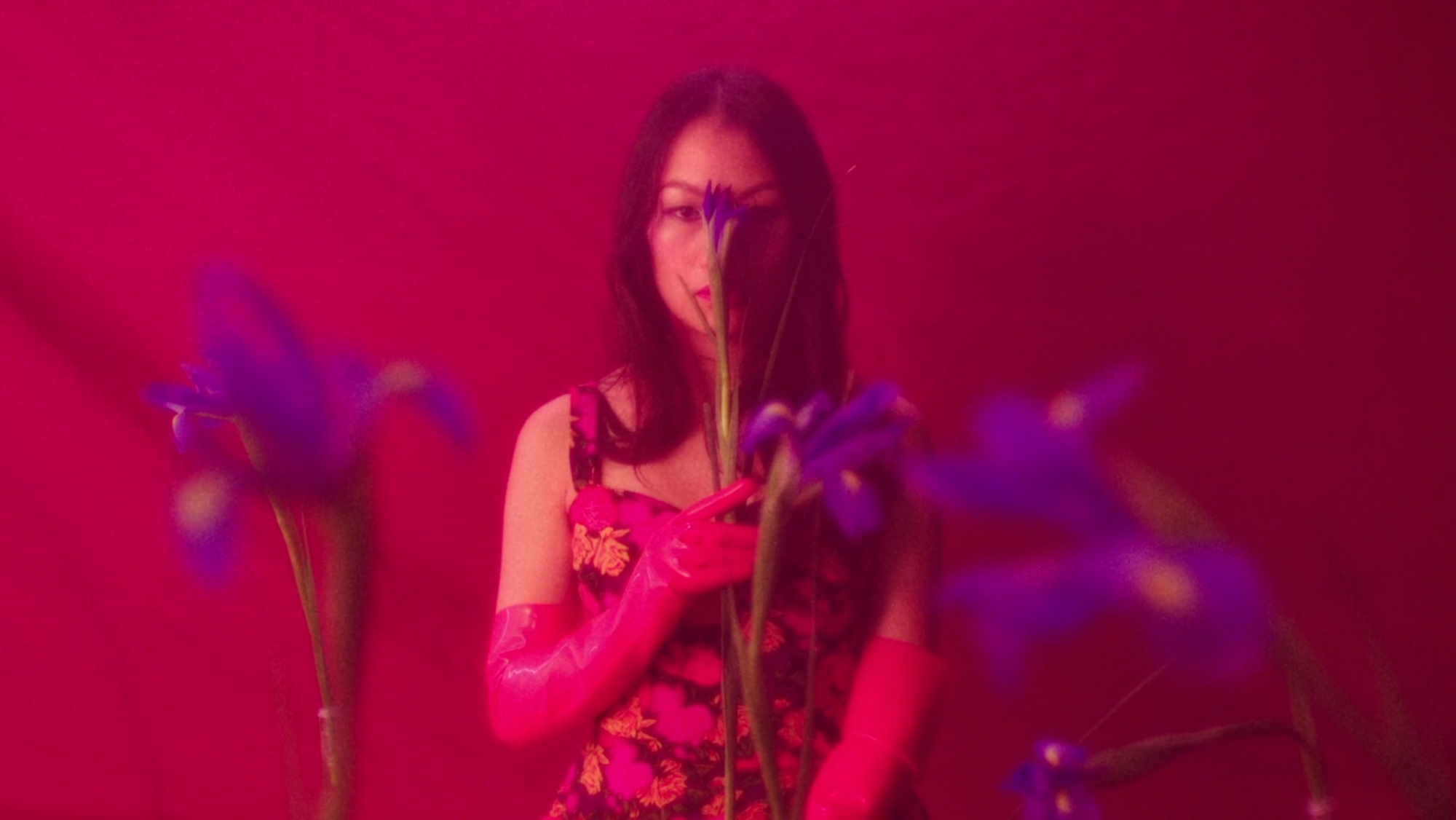 The concept of Single Persephone came to me in a time of deep depression. I had just ended a long term relationship, I had quit my job in the hopes to pursue a career in cinematography. I felt lost, unhappy and desperate. I kept having this recurring image of a bride wearing a blonde wig appear to me. I told my friend Mike Johnston of the images that had been troubling to me and he agreed to help me redirect my thoughts into my art.

We had two weeks to bring together 22 cast and 25 crew members – all volunteer. We are incredibly grateful for the support we received making this film. Three female film directors, who I had imperviously collaborated with, agreed to appear in front of the camera. I’ve witnessed these women fighting for their stories to be heard, to be taken seriously by film distributors and funders. Today, woman are under-represented behind and in front of the camera, this is a topic that my fellow filmmakers are reminded of constantly.

My goal was to create a piece that evoked thought towards societal representation of the female form.

The topic of gender equality in film can be depressing and I didn’t want to make a film that would perpetuate our reality as continually disturbing. I wanted the individuals who were working in front and behind the camera to leave the set feeling fulfilled. My goal was to create a piece that evoked thought towards societal representation of the female form. To examine the images that had affected my own perception of myself and my peers.

I drew from fashion ads shot by Terry Richardson, mythology, a scene from Breakfast at Tiffanys and photos of my grandparents. I knew from the start that I wanted the audience to be aware that this film is a creation and an extension of the people who produced it. To examine the notion that these environments are created, like the films and fashion ads we are exposed to. And if this wasn’t already a feat, I wanted to shoot on 16mm for the first time. 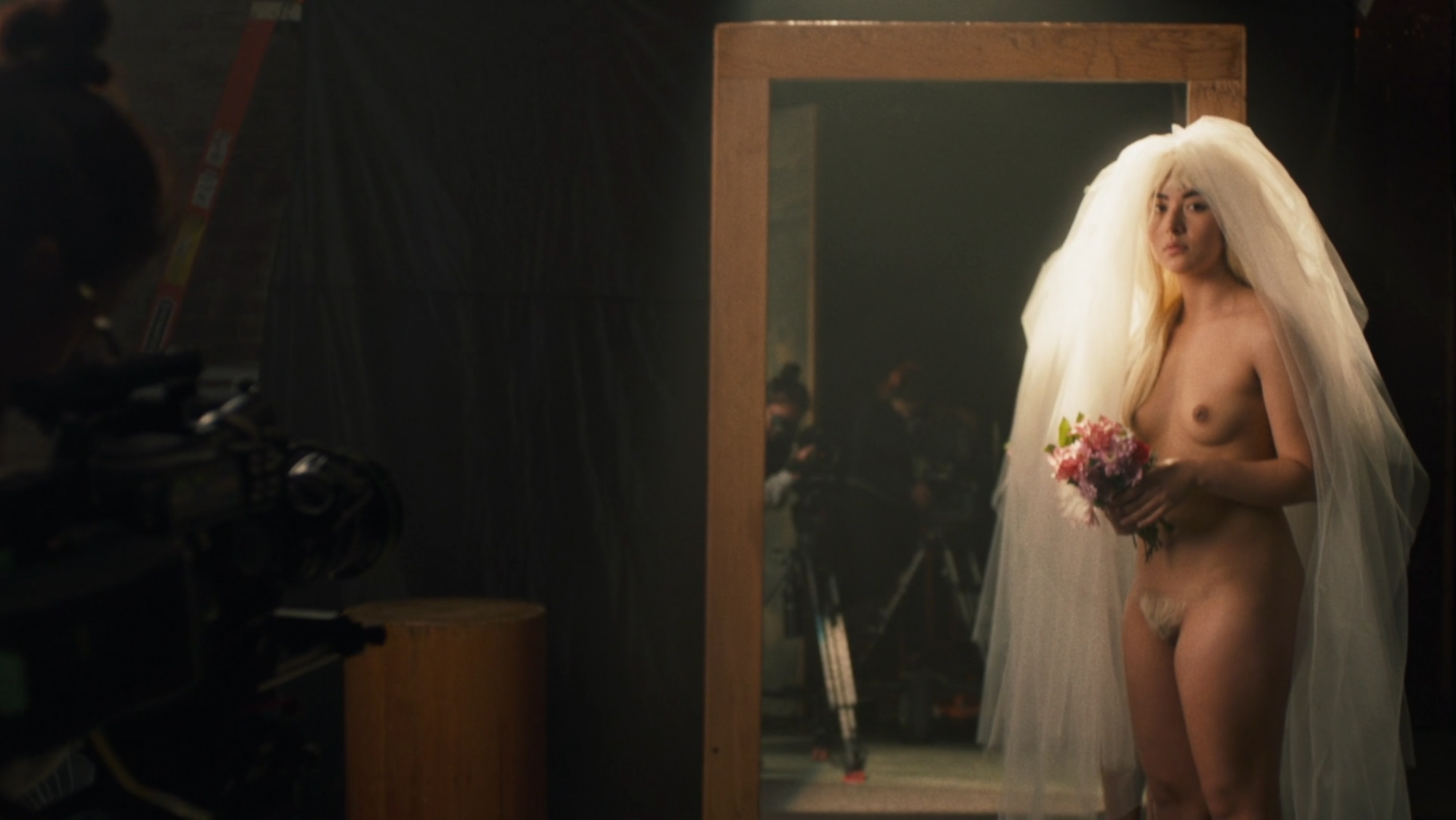 I had always wanted to but no production had felt comfortable with my inexperience. As a female filmmaker/cinematographer, I feel a constant judgement; I’m judged if I show up on set with or without makeup. I’m doubted in my artistic choices and my employers question my strength. Sometimes potential employers seek me out because of my sex and not because of my body of work. These are the notions that created “The Bride” scene which I wrote for myself to act in.

I wanted to showcase women and men working together, to create an environment built on friendships and trust. Which determine my decision in asking Brock Newman to direct the piece. Brock and I have spent most of our friendship watching fashion films and discussion editorials. He is a trusted friend and always brings an infectious positivity to set.

As a female filmmaker/cinematographer, I feel a constant judgement.

When I explain the film, I sometimes face judgement towards my decision to grant a man the opportunity to showcase my story. Brock and Producer Mike Johnston created a safe space for me to express my art, they candidly devoted their time and resources to tell my truth. I respect them as filmmakers but will also be forever grateful for their support.

We shot Single Persephone in one day and it will forever be one of the most memorable days on set for me; being surrounded by so many amazing and talented filmmakers. My hope is that audiences will enjoy the film while contemplating the images that are placed before them.