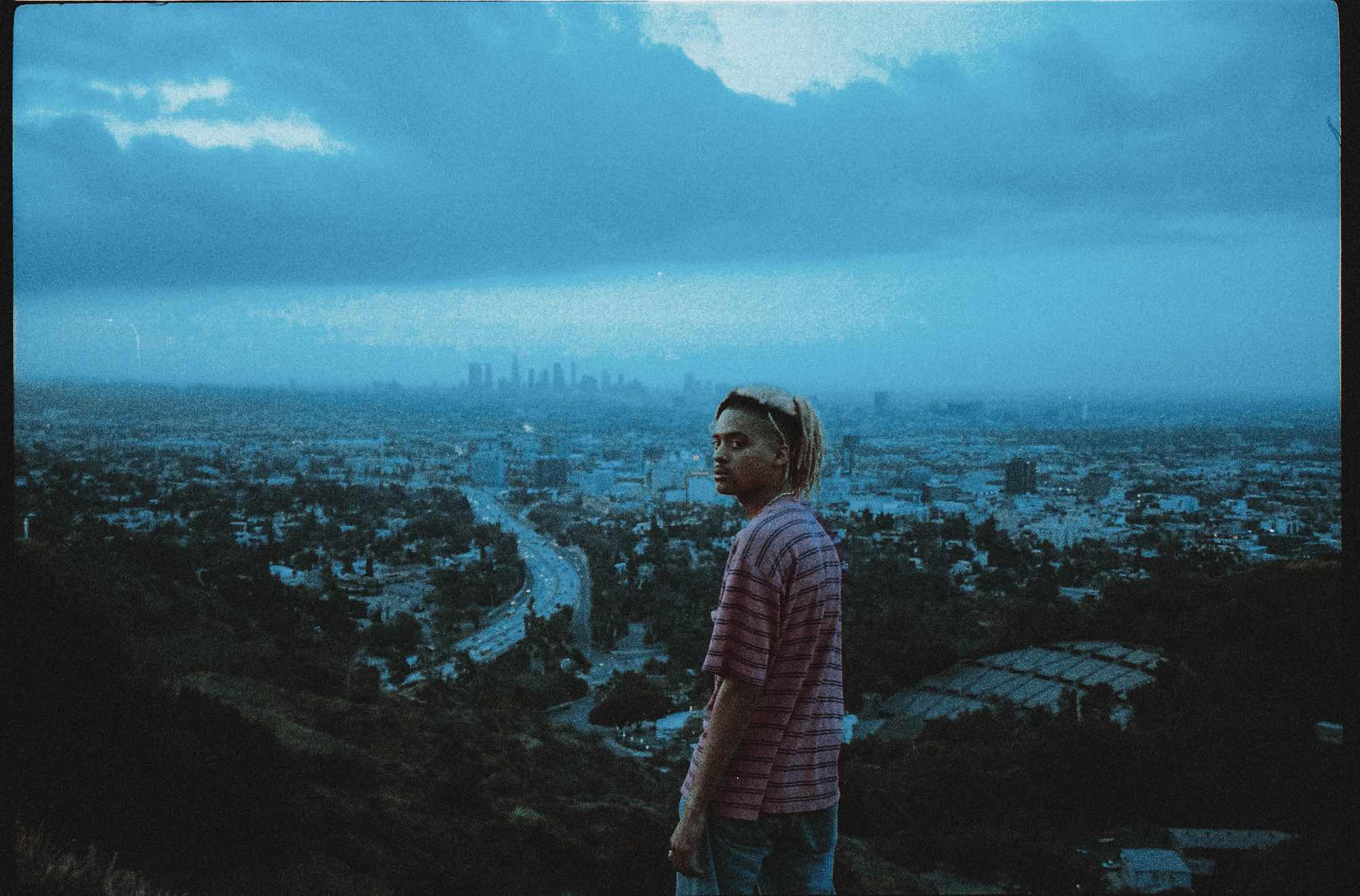 Director Harvey Pearson returns to DN following his one-shot rebirth film Gratitude, which we spoke to him about previously, to discuss a trilogy of music videos he’s created for SG Lewis. The three videos Dusk, Dark and Dawn each follow a relationship over the course of an evening, through to the morning. Set against the backdrop of a visually pulsing Los Angeles, Pearson navigates these two people through the ebbs and flows of young adult LA life. DN caught up with Pearson to talk about working with SG Lewis, shooting in LA, and his love of 16mm film. 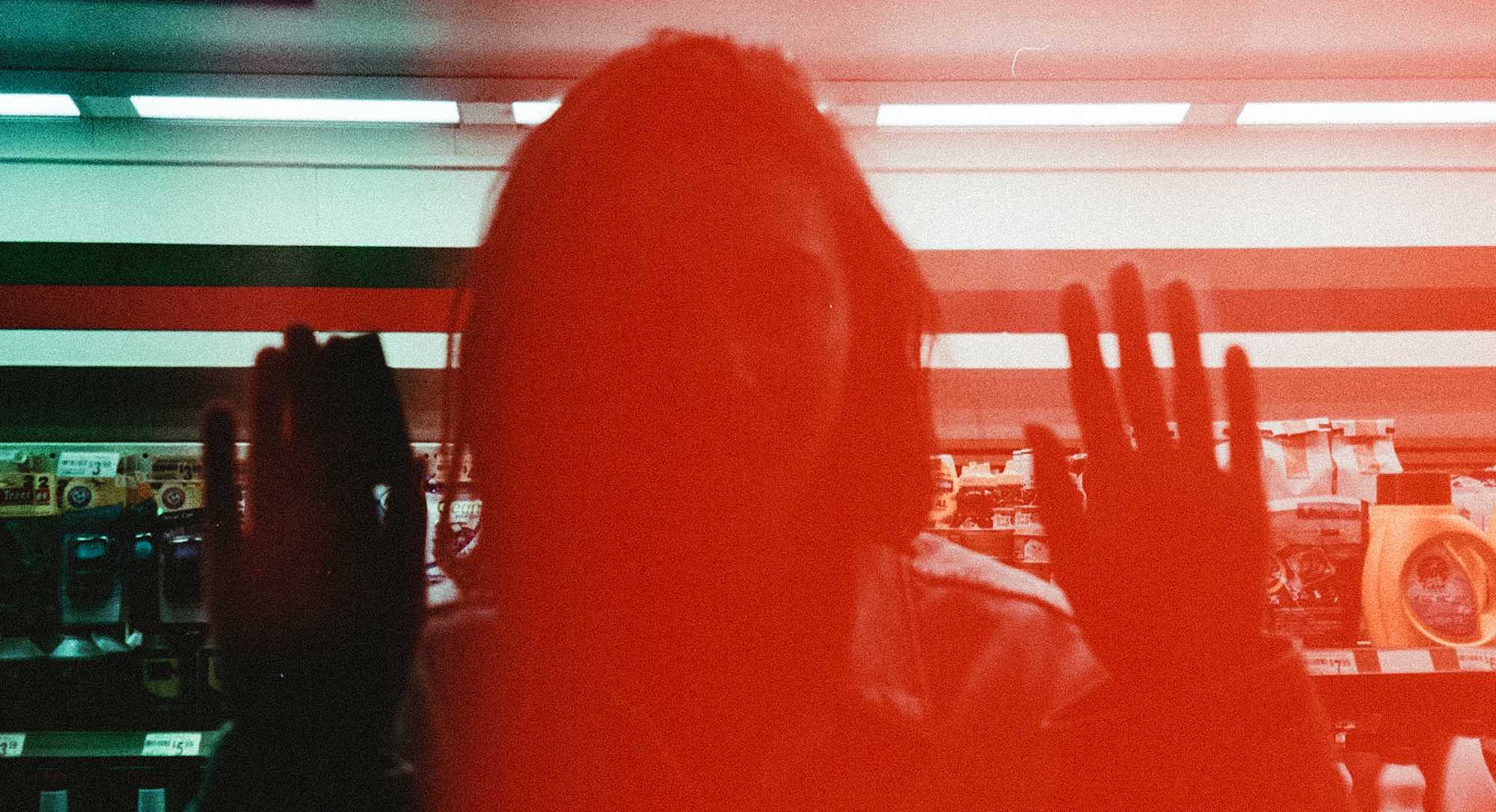 Where did your relationship with SG Lewis begin and what was the origin of the idea for this trilogy of music videos?

I’d always been a big fan of his work, but I first met SG properly a few years ago when we ended up on a few nights out with mutual friends and from there we gradually started working on bits together. Then, early last year, Sam came to me with the concept of the album he was creating – a three-parter, which followed the trajectory of one night Dusk, Dark and Dawn.

He explained that essentially these different phases that would encompass the sounds and genres of music you would hear on a night out and that he was looking to make a trilogy of films which visualised each part of the night and would be soundtracked by corresponding tracks off the album. Sam played me some of the tracks he had already completed and I instantly fell in love with the project.

From there, Sam and I chatted about the key moments of a night out and how we could portray that through a relationship. Then I went away to develop the idea. The concept of a trilogy like this had always intrigued me as it allows you to tell a story that’s not constrained by the typical format of a music video. I think it also made sense that we would make an interconnected story with this project, as even though these phases were clearly defined sonically, it felt like the album itself had this overarching narrative.

Dusk centres on a burgeoning relationship against the backdrop of LA, what was it like working with those actors, attaining the performances you wanted from them and shooting in the city?

From the start, we knew that we wanted to shoot this in Los Angeles. After visiting and experiencing the city, it had always been a bit of a dream to shoot out there. Sam had also written most of Dusk, Dark and Dawn in LA so it felt right to make a narrative within this setting. Plus, the locations, weather and natural light in LA is unlike anything you can get in London, especially when shooting in April.

Working with Matilda, Jay and Seb was a dream on this project. For both Jay and Matilda, it was their first time acting on film, they’d both modelled quite a lot before but never anything narrative. Hunter Daly, our Director of Photography, Georgia Woolley, our Producer, and I flew out of London on the Sunday and went straight from the plane to recce locations. Matilda who flew in from New York and Jay and Seb who were based in LA came to the house on the Monday morning of the shoot, and that was the first time we all met together in person. We were then able to get to know each other and get into the world of the project before we started rolling.

Creating a space in which they felt comfortable with only key crew on-set allowed the relationships between the actors to feel very genuine.

The shoot wasn’t that conventional in the way that we shot all three parts over a very mad four days and with a very small crew, at times while shooting it would literally be just me, Hunter and one of the actors. I think what was also special about this shoot is that we all stayed together in the house where we shot a lot of the scenes. Having the space to work with a small crew allowed us to get what I think are the most natural performances from the actors. Creating a space in which they felt comfortable with only key crew on-set allowed the relationships between the actors to feel very genuine and I think it really shows in key moments in the films.

Something Hunter and I discussed, particularly with Dusk, was a balance between composing/directing situations but then allowing the actors the freedom to flow in certain sequences and interact in their most natural way. Mirroring this, the direction for the camera movement within these certain sequences was to almost be like a fly-on-the-wall, flowing around and experiencing these situations with the characters as they discover moments themselves.

How much does SG Lewis’ music inform the rhythm of the video/edit for you?

For me, each track really influenced the rhythm and pacing of the films and I think the theme and feel of each part were directly mirrored in the edit. For example, Dusk, which was soundtracked by Sunsets, is very dreamy with this sense of anticipation. This is shown narratively and within the cut, there are drawn out dream-like moments intercut with quick flickers of something more, that gives the narrative this sense of pace whilst still feeling dreamy and sentimental.

In comparison Dark, which is soundtracked by A.A.T, is a complete change up from the first part. At two minutes thirty seconds it’s the shortest and heaviest track, the edit had to match this and reflect the intensity of the peak of a night out. Hectic flashes, quick cuts and a confused euphoria instantly hits you to create this feeling of an attack on your senses.

Dark observes their relationship as it rolls into the night, were you faced with any challenges for the night shoot? And what was it about the track A.A.T that inspired you to shoot at night?

There’s this sense of darkness to A.A.T and also to the narrative in this part of the trilogy. I think this track perfectly encapsulates the peak of the night out. The party scene was actually shot in the middle of the day in a blacked-out bedroom, which then allowed us to light the scene exactly how we wanted to without being limited to a night shoot. I think the difference with this part of the trilogy is that we fully lit almost every scene, wherein Dusk and Dawn we used mostly natural or practical lighting, so certain scenes took longer to set up whilst shooting at ‘night’, making sure we were lighting correctly, which was difficult with a smaller crew.

You told us in your interview for Benjamin Francis Leftwich’s video Gratitude, that these were the videos that inspired you to shoot on film, what was it about using the form here that appealed to you?

Before this project, I’d shot a lot of 35mm film for stills but never anything on motion picture film. I had always loved the texture and look that film captures, from seeing it on features, and more and more on lower budget music videos and other projects. I noticed it was becoming a lot more accessible than it was made out to be. At the time, whilst we were starting to pull the team together, I got in contact with Hunter as his work shooting on film had always stood out for me. For this project, Hunter and I agreed that the narrative lent itself to a true sense of nostalgia that only 16mm could capture.

There’s also just this feeling of something real with how film captures the shot, a chemical reaction of light rather than a digital sensor logging ones and zeros.

Shooting on this format created an analogue and intimate look that shone across each of the three parts in their own way, individually capturing how the light and aura changed throughout the night. The small intricacies of light leaks, scratches, grain and the little surprises you see when the film comes back from the lab all just added to the natural yet dreamy look of the films. There’s also just this feeling of something real with how film captures the shot, a chemical reaction of light rather than a digital sensor logging ones and zeros. I think it really does just makes the footage feel alive.

Also, the more technical side of the capability of film really stood out for me when we came to grade, the latitude and information in comparison to most digital footage is unreal, how the film rendered the skin tones and picked out the detail in shadows whilst capturing the highlights of the Californian sunrise was just something that couldn’t be captured the same way on digital.

Another thing I noticed when shooting on film, was being a bit more aware of how many takes we have due to how much film we physically had available to us. This made me a little bit more cautious about what we were capturing and I think a bit more decisive on set. After shooting 16mm on this project and my whole experience with it, I truly fell in love with shooting film and went on to shoot Benjamin Francis Leftwich’s Gratitude on 35mm and I continue to push for film on every project I take on.

Dawn is the culmination of the trilogy, how did you work to maintain a consistent tone throughout the shooting process?

By shooting the whole project in four consecutive days and nights it allowed for everyone on the shoot to stay in the “world” of this project, we were very lucky to be able to do that. I think by also shooting the narrative out of chronological order we kept things fresh for the actors as we jumped between each part. To keep the tone consistent, I think that was down to the preparation that the crew put into knowing what we were shooting and when. Making sure we had this clear progression of cinematography with the lighting, but also narratively and how the characters arcs developed throughout the trilogy and making sure we allowed that to lead during shooting.

Right now, I’m working on a couple of exciting projects including developing a personal project which I can’t wait to share more about soon!