As I write this intro, Greta Thunberg is set to arrive in New York after setting voyage from Europe via boat in a means to raise awareness of global warming and the emissions caused through the use of air travel. Thunberg has become a staple part of bringing the existential issue of global warming to the forefront of our culture, and at the age of 16, has become an international beacon for the intelligence, activism and optimism that younger people are so often discredited of possessing. Director Victor Claramunt promotes a similar value system. In his film La Mer (in collaboration with North Sail Collection), Claramunt showcases the importance of youth when acknowledging these enormous global issues, in this case, the use of plastics. He places children at the centre of elaborate and decadent sets, delivering facts surrounding this issue whilst being developed. DN spoke with Claramunt about the inception of this film and the importance of treating young people as adults.

Where did the idea to create a film with children talking about the plastic crisis begin?

North Sails Collection came to me with the idea of making a fashion film with kids talking about the use of plastics. First I decided I didn’t want to show kids talking close to the camera with an ocean background, and that I didn’t want to show underwater garbage either. So, I started to think about what the saddest thing about the plastic crisis is. I thought about how we live with plastic without knowing it is there and that we don’t mind.

When I was a child, I liked to play in every room of the house. I would hang different objects from any part of the room so that they seemed as if they could always have been there, and this was the first image that came to mind when I thought about this film.

Could you talk about working with your production designer to create those sets, did they require much planning?

When I started to visualise the film I initially thought about how the set was going to be the main character, I then thought about how I like to make films with kids not in the usual way, and I like to give them with more adult roles than they are usually offered.

I then thought about using regular places which could be easily identified with one colour mixed with the plastic garbage. The first one was really easy to imagine, the sea and under the sea with an island of garbage. The other two were a living room and an office. There is a fourth where the younger girl is with a plastic choral set. I then spoke with my usual set designer, Rafa Jannone, and we decided which colours were the most helpful to tell the full story. I was going to do a lot of jump cuts so I wanted to make sure which colours would appear after each other. I created this big wall with all the colour moments in the film in the final edited order.

One important thing was that I needed everything to look like a mix between a young and adult world so that the flying plastic material was to be made like a child’s toy, for kids, with obvious ropes.

Why was it important for you to include an element of humour to the message of the film?

We are always listening to and watching bad news with spectacular images. Everything is decadent. We need a sense of humour, even with bad news. It’s not a case of laughing about it. But you can smile and better remember what you are watching. I always introduce a sense of humour in all my films, it’s my way of life.

We need a sense of humour, even with bad news.

What’s your process with young actors, did they require much direction?

I love working with kids, I have done it a lot of times now. It flows perfectly in my mind. When I speak with the kids I try to make them feel they are really professional actors, not just kids, so, I get all their attention during the shoot. During the shoot for La Mer, Maria was only 6 years old. I was initially worried about that but she perfectly got what I intended. Kids are amazing and they always surprise us. 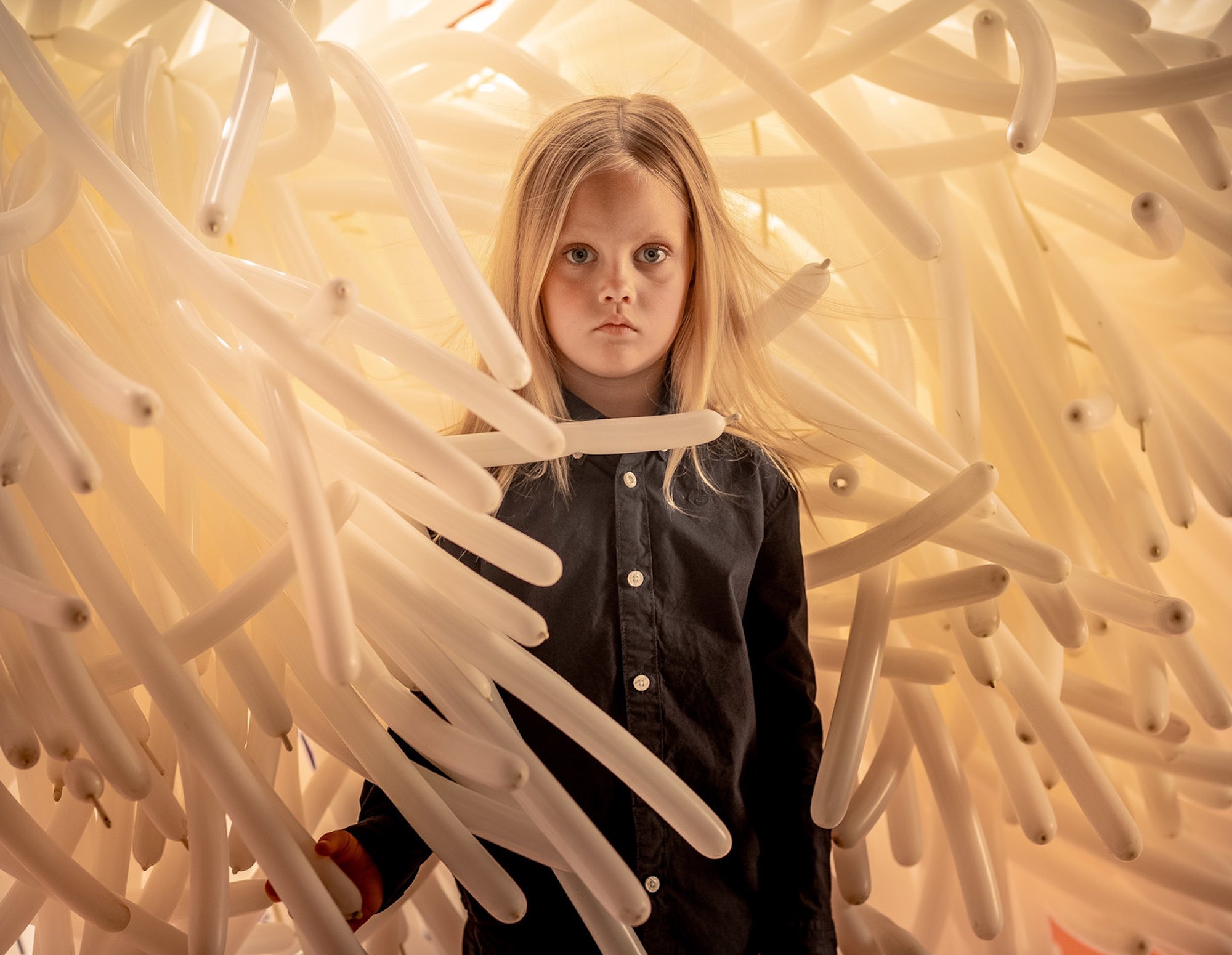 What do you hope audiences take away from La Mer? Have you had any memorable reactions so far?

I hope we learn something from the film. The objective is to start to move our brains and do something. We know we are in a bad way now so… let’s do better. The reactions so far have been good. The audiences have liked it and it’s getting a lot of official selections in different festivals. I would love everyone that watched to do something… or anything!

Yes, I am always working. I have some fashion films and also commercials coming soon. My objective, without doubt, is to make a feature film. It’s been my dream since I was a kid. To get there I’ll have to work a lot but I am sure I will get there. I am already working with some ideas I have in mind. I am really excited about them.