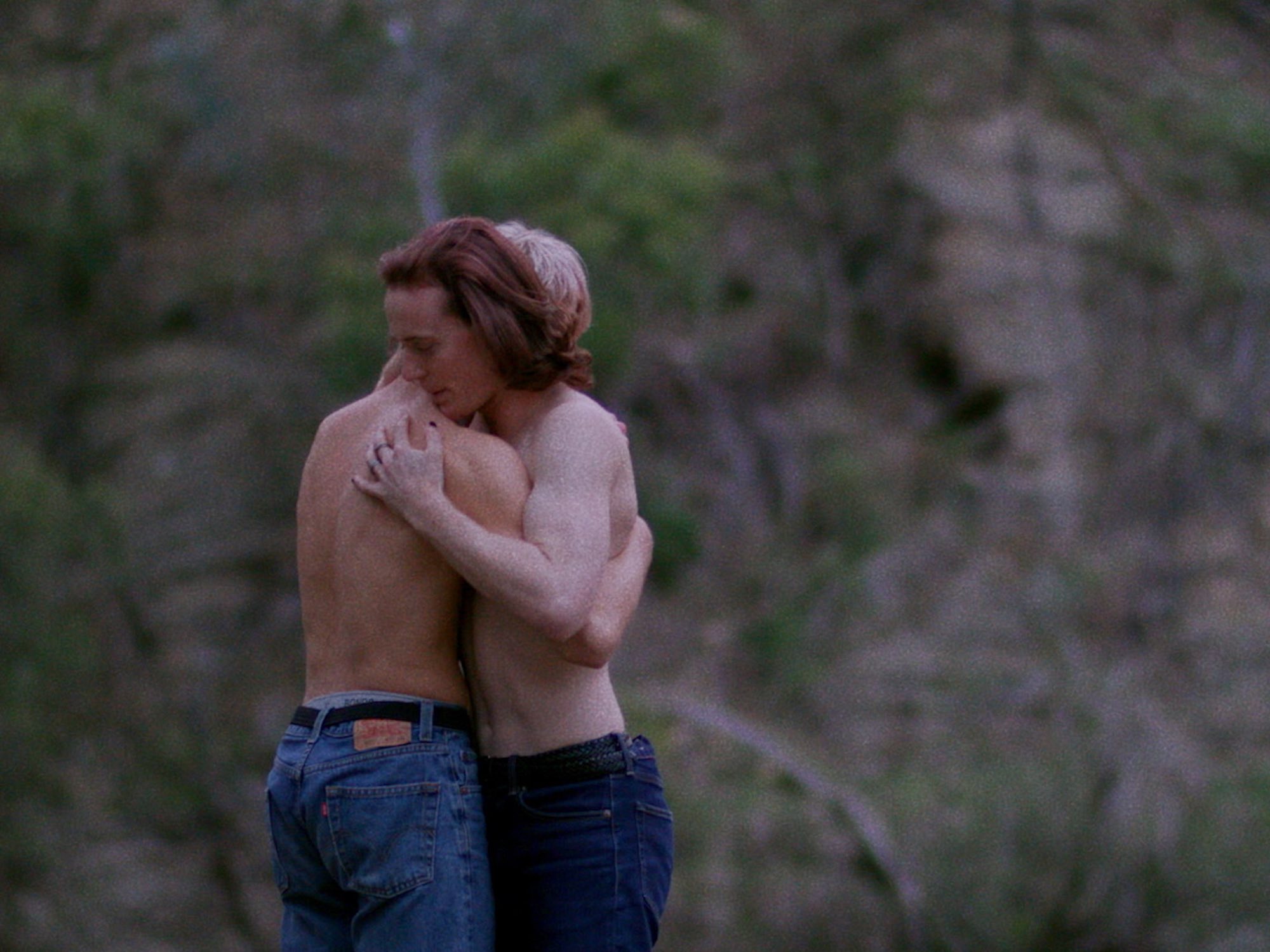 Director/Composer Emily Dynes collaborates with Choreographer Sian Kelly to develop the first chapter in a series of dance shorts entitled Deep End that tackle intimate and personal issues. Beginning with Slowly, which sees two young men come together in a confluence of movements both fraught and passionate. Both Dynes and Kelly, keep their actors on their toes and tell a weaving tale that doesn’t seek to repress emotional intensity but instead foregrounds it amongst their movement. DN spoke with Dynes about her intentions for this short and the series as a whole.

Where did the idea for a collaboration between yourself and Sian Kelly begin?

Sian and I had been working together on several projects in the music video industry for the past year or so, her as a choreographer and myself as a director. I had written a few pieces of music, and whenever we didn’t have much work on or were getting a bit disheartened by the industry, we started loosely talking about making something just for the love of making it. I pitched her the concept for Deep End, a short film series exploring mental health and mental illness through movement and music, and from there we started workshopping different ideas for chapters in the series.

What was it about the concept of Slowly that made you decide it would be the first in the series of films you’ll be collaborating on? Could you talk about the conversations you had with Sian in developing the movement of the dancers, how much did you bring to the table?

For me, Slowly best embodies what I wanted to achieve with Deep End, both in the final product and how it was made. It’s a very intimate piece and one that wears its heart on its sleeve. I do think you can really feel when a creative project is made with a lot of love and from a place of honesty and I hope that’s the case with Slowly. It was created in not a lot of time, in a very run and gun fashion, by a very small team who cared a lot about it. And I think that spontaneity gave the film a messy, handmade kind of quality that I really love, and added a rawness that maybe wouldn’t have translated in a more rehearsed and refined piece. 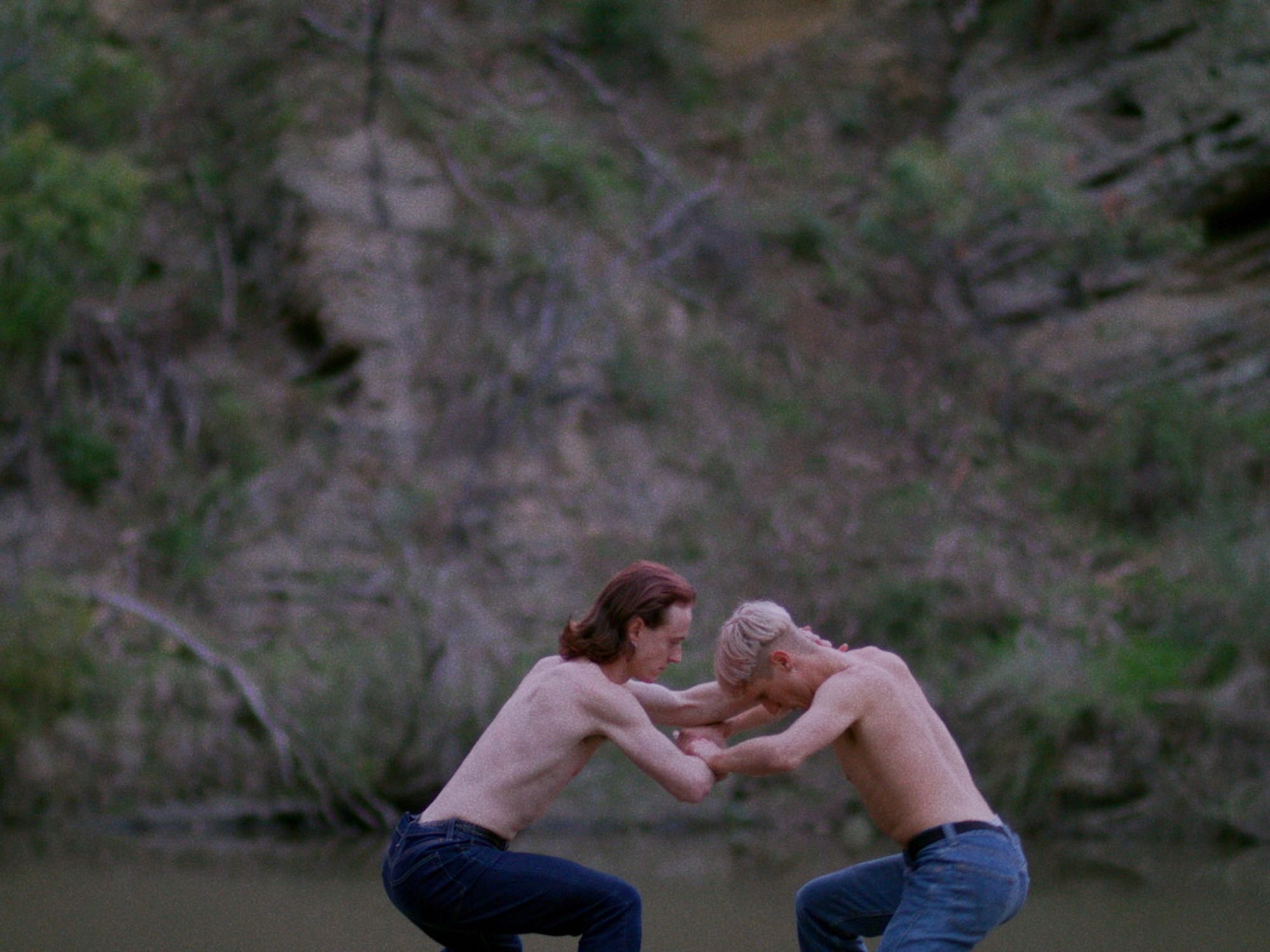 Sian is incredibly skilled at what she does. When we first begin a new project, we’ll email each other some references and discuss the general style of the choreography. Typically I’ll send her a very rambling document that’s essentially an emotional timeline of the movement, and Sian then beautifully transposes that into a physicality which always captures the essence of what I’m after. She then works with the performers to experiment with different ideas and starts weaving it all together. Then, once we’re on set, we’ll block out the action with the director of photography, in this instance, the wonderfully talented Hannah Sinagra, and see how it feels. Generally, we tend to start with bigger and more exaggerated movements, and then gradually simmer the motion down to something subtler and smaller to suit the space.

I was struck by the emotion in both Jayden Wall and Lukas White’s performances. It’s not something that’s usually at the forefront of dance shorts, what was it like to balance the emotion of their performances with the subconscious implications of their movement?

Emotion is everything. One of the reasons Sian and I are a good creative match is that we’re both always looking for the feeling behind every movement and how that feeling should inform and motivate the choreography. We don’t divide performance into what seems more like dancing and what seems more like acting, the two are always intertwined. In this instance, I felt incredibly lucky to work with Jayden and Lukas, as they’re both beautiful performers who instinctively understood what the piece was trying to achieve. No matter what the project is, they move with so much genuine feeling and pour their whole selves into everything they do, which is what made them so perfect for Deep End.

How did you compose the music? Did you begin production with the track in place? How did it play a part in the rhythm of their movement and the edit?

The music was the first element to come into play. Sian and I had discussed the themes we knew we wanted to explore, and so from there, I had a good sense of how the music should feel. It’s a very ambient piece and one that uses several electronic synths and soundscape loops to remain quite steady and flowing throughout. Thematically, I wanted to create something atmospheric to represent a monotonous depression, something that dragged on and on. Nothing that would change or evolve in any major way, and then on a more practical level, it was also important that there were no defining beats or instrumentation shifts that would tie the choreography to a particular part of the song. This meant we were able to improvise and be really free with how Jayden and Lukas performed the piece. We could keep shaping it and remoulding it on set to better suit their bodies and the environment without worrying about how I was going to sync the movement to particular music cues during the edit.

What are you hoping to achieve with the Deep End series as a whole?

Deep End is a project that comes from a very personal place. The concept is to explore mental health and mental illness through movement and music. This subject matter can lend itself to some pretty big themes, but we want to approach it in the most truthful, delicate and heartfelt way we can. And then behind the scenes, I want to continue creating an atmosphere of pure collaboration. Part of the reason this series came to life is that Sian and I were itching to create our own work, where we weren’t tied to anyone else’s brief, budget or deadline. I would love for this series to be as collaborative as possible so that we can give performers, cinematographers, production designers and all other creatives a similar outlet to express themselves and showcase their craft by bouncing off the themes of the series.

And when can we expect the next instalment?

We have just completed post production and hope to release it shortly. The second chapter is a solo piece that focuses on addiction and is shot by Cinematographer Bonita Carzino.