Parent-child relationships are often a difficult balancing act in which too much or too little distance can cause issues which will take a lifetime to unpick. It is the latter proximity which comes to bear on the uniquely intimate, yet precarious mother-daughter relationship at the centre of Renée Marie Petropoulos’ challenging Columbia University thesis short Tangles and Knots. We asked the Australian writer/director to share how her sisterly relationship with her mother provided narrative inspiration and the uncomfortable but necessary conversations prompted by this unflinching short.

Tangles and Knots was my final MFA thesis project at Columbia University. It has been an epic journey with this project as I originally began writing the film back in mid-2015. As a filmmaker, I’ve always been passionate about writing female driven stories and fascinated by the complicated bond between mother and daughter. While at Columbia, I was developing a few different projects exploring different versions of this special bond. So I decided to look inward and write a story based on my own unique relationship with my mother growing up.

Our relationship is intimate, very open, flawed and of course, very complex. Sometimes we acted more like girlfriends together. My friends would flock to her for advice, she is so easy to talk to and so loving. The boys that attended these gatherings would treat her like she was one of the girls in our group. Boundaries were so blurred between us. There was an inherent tenderness and danger to it all. I honestly didn’t realize that our relationship was so special until I was much older. With this relationship at the core of the film, I wanted to explore important themes of female sexuality, toxic masculinity and sexual assault. In Australia, these kinds of topics are not often addressed. I wanted to write something true to my own memories of growing up as a teenager where horrifying stories like this happened and were often swept under the rug.

The ending was always meant to be ambiguous. I didn’t want to be didactic in my approach as a filmmaker and wanted to trust the audience to fill in this omission with their own thoughts and ideas, which is arguably more impactful. By omitting this information, the audience brings their own preconceived ideas about female sexuality, motherhood, sexual assault and masculinity to this unsettling situation. It becomes a provocative internal dialogue. Here, I also wanted the audience to really question their own ideas of consent; namely what is considered an ‘invitation’ for sex? In this film where the boundaries are completely blurred it can emerge from an innocent gesture; sharing a cigarette, touching another’s arm, a compliment, a look. For me, none of these gestures should be an open invitation but are often taken as such.

Writing was a cathartic process that allowed me to explore my own story but also to articulate some of the more troubling aspects of womanhood. Apart from the material being so personal, it was challenging as not everyone really understood how the narrative was going to work; many struggled with the idea of having two protagonists and an accumulative narrative structure in a short film. But thankfully I had the support of a few friends and professors in the Film Program that understood my approach.

Given the personal basis of these characters, the project was always going to set in Australia; in the suburbs where I grew up. Our amazing team of producers (Yingna Lu, Janet Brown, and associate producer Melina Maraki) were predominantly based in Australia but our co-producer, Kristin Frost, who was a fellow student helped navigate the Columbia side of production and also post-production back in New York. Throughout pre-production we had a small Indiegogo campaign running in October 2015 which helped raise a large portion of funds for the film.

While in pre-production in New York, I began researching Australian cinematographers and came across the incredibly talented, Zoë White, ACS, whose more recent work includes The Handmaid’s Tale and feature films Catfight, Nancy and Princess Cyd. At the time she was based in New York where we met a few times in person to discuss the project. We really connected about the characters and worked together to create the intimate aesthetic look and tone of the film. She was also visiting family in Sydney at the same time as our final shooting dates. The timing couldn’t have been more perfect! Ultimately, Zoë really pushed my aesthetic above and beyond and throughout the shoot, we collaborated really well and I hope we get the chance to work together again soon.

In November I flew down to Sydney to continue pre-production and to secure cast and locations. This was really my re-introduction into the Australian film industry after spending 4 years in the United States. It was an absolute joy building our team of creatives and casting local talent.

We shot in January 2016 in Sydney, it was a hectic 4-day shoot which involved a lot of rescheduling scenes due to unpredictable Sydney weather. We shot a large portion of the film handheld, so we used an ARRI Amira camera with Zeiss Super speed lenses Mk III. It was a perfect choice that was lightweight, worked beautifully with natural light and gave that soft, intimate aesthetic I was looking for. We had a boisterous group of local teenage extras and a supremely talented (and mostly female) crew. My family also helped out during production; my younger sisters were assisting on different days as PA’s and my mum was essentially our production manager on set.

I found that the unspoken moments between Michelle and Laura exposed much more about their relationship.

Post production was then completed back in New York as I finished my final year at Columbia University. The film changed a lot during post-production, which took a year to complete due to a lack of funding. Here I was editing the film between jobs, classes and film shoots when I could.

Tangles and Knots is the deepest I’ve gone in writing something semi-autobiographical and it was a little hard at first to see the film objectively during the edit. It ended up being a blessing in disguise to be stuck in post-production for so long as I really got to challenge the edit structure. In the end, I collaborated with another editor, Chelsea Taylor and a few other Columbia peers to help get an objective view of the edit. When we finally locked the cut in, a few scenes had been cut from the film, along with a lot of dialogue as well. Ultimately I found that the unspoken moments between Michelle and Laura exposed much more about their relationship.

Casting is something I’m very passionate about (honestly it can make or break a film) and it was an absolute dream working with both Odessa Young and Leeanna Walsman. We were fortunate to work with McGregor Casting in Sydney with the incredible casting director, Stevie Ray. He was an absolute treasure; he really supported the vision I had with the characters and he helped us in approaching cast and finding the right fit for all the supporting roles also.

I had been a huge fan of Odessa’s work in The Daughter and Looking for Grace, even her short films Blood Pulls a Gun, The Tender Dark and Bloomers. Her performances are always so compelling, mature and honest even at such a young age. I saw a little of my teenage self in her work and that was key for the character of Laura: she’s a character who is uncomfortable in her own skin and trying to find her own way into womanhood.

And Leeanna Walsman is an Australian legend, I grew up watching her in Looking for Alibrandi, Star Wars Ep II: Attack of the Clones and I loved her recent work in Wentworth, Dawn and Erin Good’s beautiful short film, My Mother Her Daughter. Leeanna takes on roles that are daring and complicated but it was the vulnerability in her performances that was paramount for the character of Michelle.

Working with Leeanna and Odessa really challenged me as a director in how we approached their intricate relationship along with darker elements of the story. Both really challenged me to justify and question the choices of these characters in a way that really added another level of authenticity to the performances. 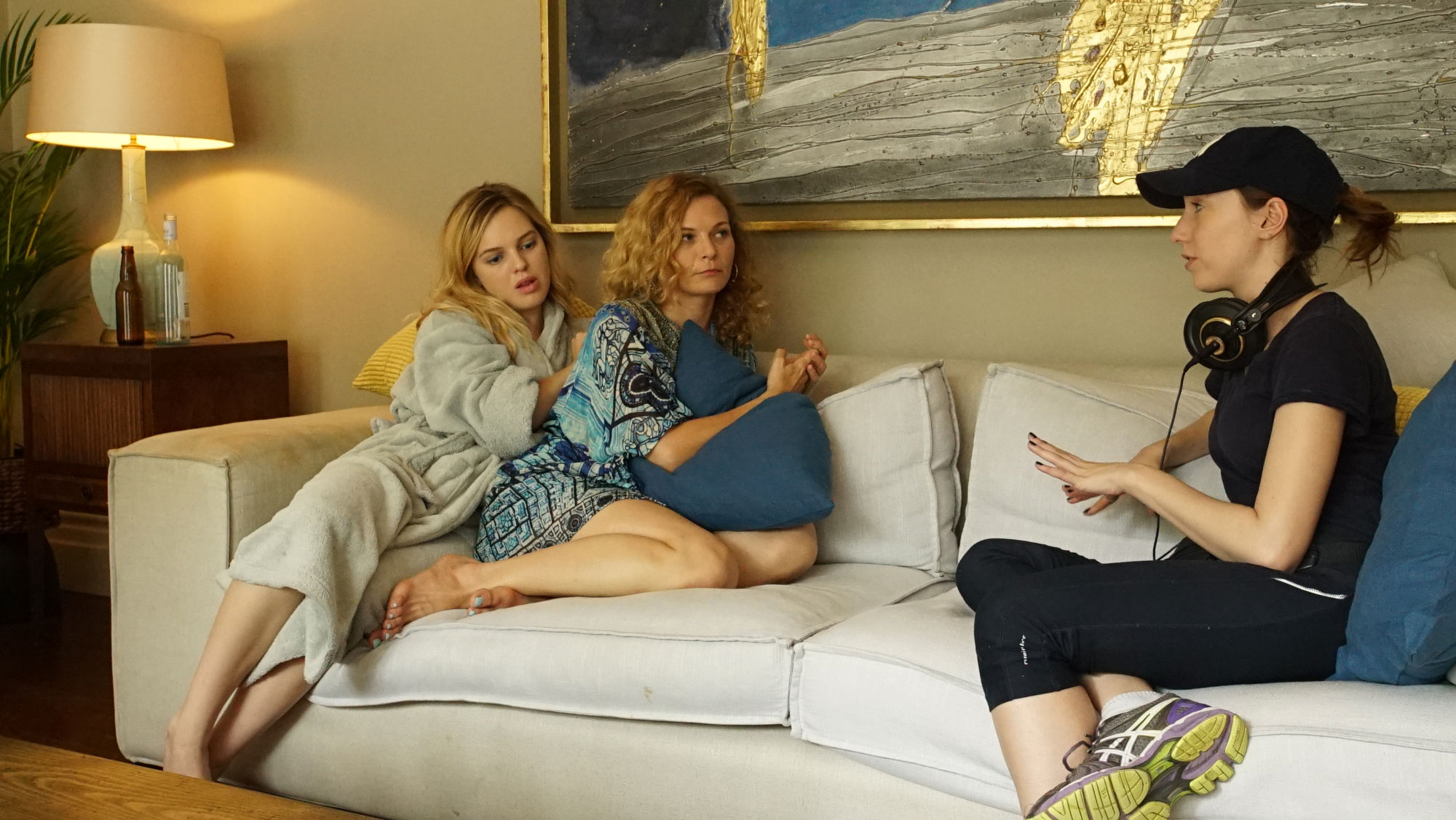 Tangles and Knots has had an incredible film festival journey. We premiered at the 2018 Berlinale in the Generation 14Plus program and then SXSW 2018 as part of the narrative shorts. We went on to screen at countless renowned international and Australian film festivals and were awarded some amazing accolades in the process. Honestly, I’m still so surprised that this film has had such an amazing reception; I wrote this to explore a relationship and topic that was dear to me so it’s been an incredibly encouraging experience to have such a tremendous response to the film.

The audience brings their own preconceived ideas about female sexuality, motherhood, sexual assault and masculinity to this unsettling situation.

During our festival run, we had a few audience members engage in heated debate about whether the events of the night were consensual or not. Although most viewers interpreted what happened as sexual assault, others believed it was consensual and some believed that the mother specifically ‘invited trouble’ through her actions. Although the latter argument is quite troubling, my team and I encouraged this debate as it is an important discussion especially given the recent context of the #metoo and #timesup movements in Hollywood. Although rape culture is still pervasive, especially in Australia, I think the paradigm is slowly shifting and it’s through challenging and dissecting these ideas and prejudices. 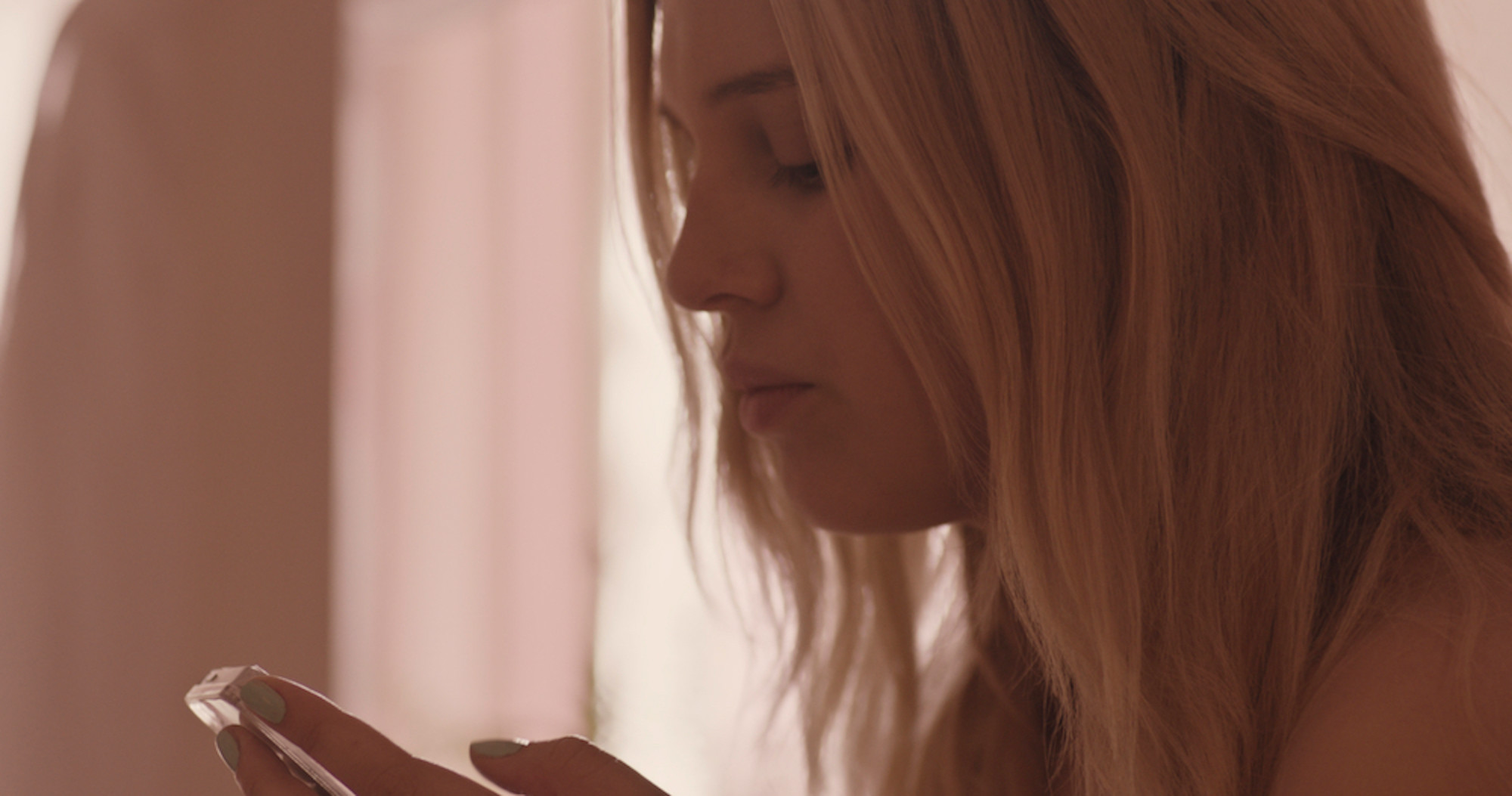 I am currently in development on the feature version of Tangles and Knots. The feature dives deeper into the complex relationship of Michelle and Laura, further explores the toxic community the pair inhabits but also navigates the aftermath of the events of the short film and how this trauma comes to alter their bond forever. The film is ultimately a character driven portrait that further dissects themes of female identity, motherhood, class, sexual violence and masculinity in Australian culture.

I’m also developing a horror feature film set in contemporary Greece, two short film projects to be shot here in Australia and I am also part of an anthology web series ‘MASC’ which involves six female filmmakers making short films about masculinity. My episode will actually be the first project I’ve made with a male protagonist, which I’m very excited about!