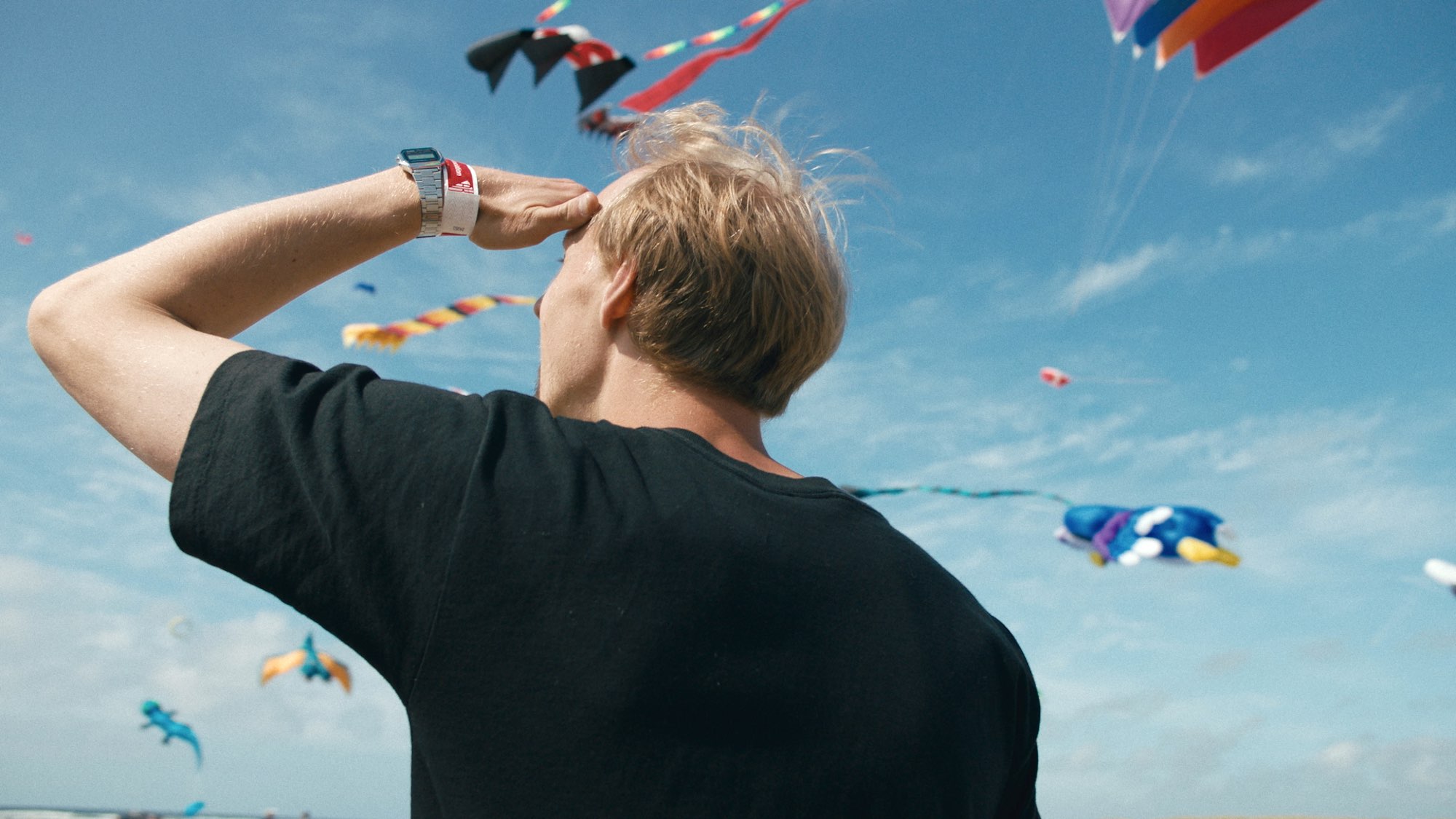 In Graham Hill’s The Dry Line, we’re acquainted with two men who haven’t seen each other in a while, their bond seems to have depth, there’s an immediate sense of history between the two of them. We watch as they reconnect, telling each other what they’ve been up to, and everything seems to be okay until information is revealed that an opportunity has arisen for one of them to progress career-wise. I’m keeping things intentionally vague here because I don’t want to spoil the plot, but it’s in that arrival that the tension between the two men arises. It’s a competitive tension that is common in male relationships, and it’s wonderfully explored through awkward and cathartic moments throughout The Dry Line. DN asked Hill a few questions about the genesis of this idea, and how he worked with his actors to develop their characters’ thorough relationship.

What initially inspired this story of reconnection?

I’d met Sam, one of our lead actors and co-writer, a few years previous through a mutual friend and through the process of making a music video for him we became friends. We quickly realised we wanted to collaborate on a film so over the course of a few months, we started tossing ideas, themes, and past experiences back and forth. One in particular that felt very close to me was that tension between love and envy. That moment where you see someone you love about to accomplish something that has the potential to shift their lives into a different space and you feel like you might lose them. From that seed, we developed the story together.

When I was watching I couldn’t help but think of Kelly Reichardt’s Old Joy, were there any films or filmmakers that served as inspiration when developing the idea?

Good catch! While Old Joy was definitely a film that’s stuck with me, I hadn’t seen it in over 10 years and intentionally decided not to rewatch it. I knew the subject matter and setting was very similar and I wanted to be inspired more by my memory of it than the actual details. Instead, we talked a lot about Another Year and Blue Valentine, both in terms of the actual films, but also in terms of their process of creating the story and working with actors. Both those films portray characters with such rich, textured inner lives without a lot of exposition. In many ways, this is what we were striving for.

Such a beautiful location, did that affect the shoot in any way? Was it a fairly smooth production?

It’s funny, assembling this story from scratch was really kind of like assembling a puzzle. Since I knew we were going to be funding this entirely out of pocket, I wanted to look for as many efficiencies as possible. When we started with the characters being musicians, since Sam and Jake are also musicians, it made sense for one to have gone to the Pacific Northwest to pursue their dream of music, perhaps chasing the afterglow of the 90s grunge scene they grew up idolising. This also made sense from a production standpoint, since I grew up outside of Portland, and still have family there who were able to offer a place to stay and a vehicle to borrow! From there, Chad and I did virtual scouting on Google Maps and Airbnb. We arrived three days before the shoot and did all of our in-person scouting and finalised our locations then.

The production itself went generally smooth. We shot it last August in Southwest WA, which was during a set of large forest fires so the sky, in particular, was really hazy but otherwise, the weather gods were looking out for us during the three days of shooting. We shot the film in a somewhat sequential order with the kite festival being our final day. Experiencing that day on the beach was a great experience. Just standing amongst that field of kites really brings a wave of calm over you. I can understand why a community has been built around this activity and I really encourage you to check it out if you have the chance.

Assembling this story from scratch was really kind of like assembling a puzzle.

Our biggest unknown in production really was the kite festival and shooting on the boardwalk when no one was there so the story would make sense. The festival is a week long event and the whole town of Long Beach, WA is brimming with visitors. We had to wake up very early the morning of the shoot to get to the boardwalk, and fortunately, there was no one there like we had hoped, but as soon as we were ready to start rolling at around 7am, the sound system that covered the entire beach started blasting classic rock hits indiscriminately. It was a minor nightmare at the time, but ultimately, our sound mixer Steve did a great job of isolating their voices away from Hotel California and Brian, our re-recording mixer, was able to nail the mix with the help of minimal ADR.

The dialogue has such a natural flow to it, how much was improvisation?

I also have to give a lot of credit to Sam and Jake here as well. They put an incredible amount of work into their characters in the months leading up to the shoot which allowed us to be very flexible, adjust quickly and improvise where needed. A few times, as we realised we needed a little extra time to roll into a scene, I didn’t even need to ask them to do anything since they were already chatting and goofing around with each other in character!

Could you talk through the process of developing the music for the film? Were you always set on them being folk singers, are the songs performed by the actors?

Having learned the time and cost associated with music licensing on the last film Chad and I made together David’s Voice, I really wanted to avoid all that again! Since Sam and Jake are both musicians and actors, we wrote that into the film and they generously allowed us to use their music throughout. Any music you hear throughout the film is composed and performed by either Sam or Jake.

Have any of your male friends seen The Dry Line and commented on their relationship with you?

It’s an interesting question because the male friends we have shared it with have certainly responded deeply to the film, although maybe not as directly as my relationship with them. The feeling of a friendship drifting apart due to circumstance is pretty common for every person, but I think males are very susceptible to having relationships that fade to the background of their lives.

Although it may be unpopular to espouse a man’s experience these days, this kind of film lies at the soft underbelly of the male experience that is spoken a little less often, which is why this film plays as subtly as it does. And probably why none of my friends are calling me out on it, ha!

Earlier this year, I accepted a job with Facebook to be the creative director of brand for Messenger. In the first six months I’ve been here, I’ve been mostly focusing on getting up to speed, but I’m hoping to integrate some filmmaking into this role soon!

Chad has been editing a feature film titled Come Find Me directed by Daniel Poliner. The film will be completed at the end of 2019 and will begin its festival run in early 2020.

Directors Notes is honoured to present the premiere of The Dry Line on our pages today. If you would like to join the filmmakers sporting a fetching DN Premiere Laurel, submit your film now.