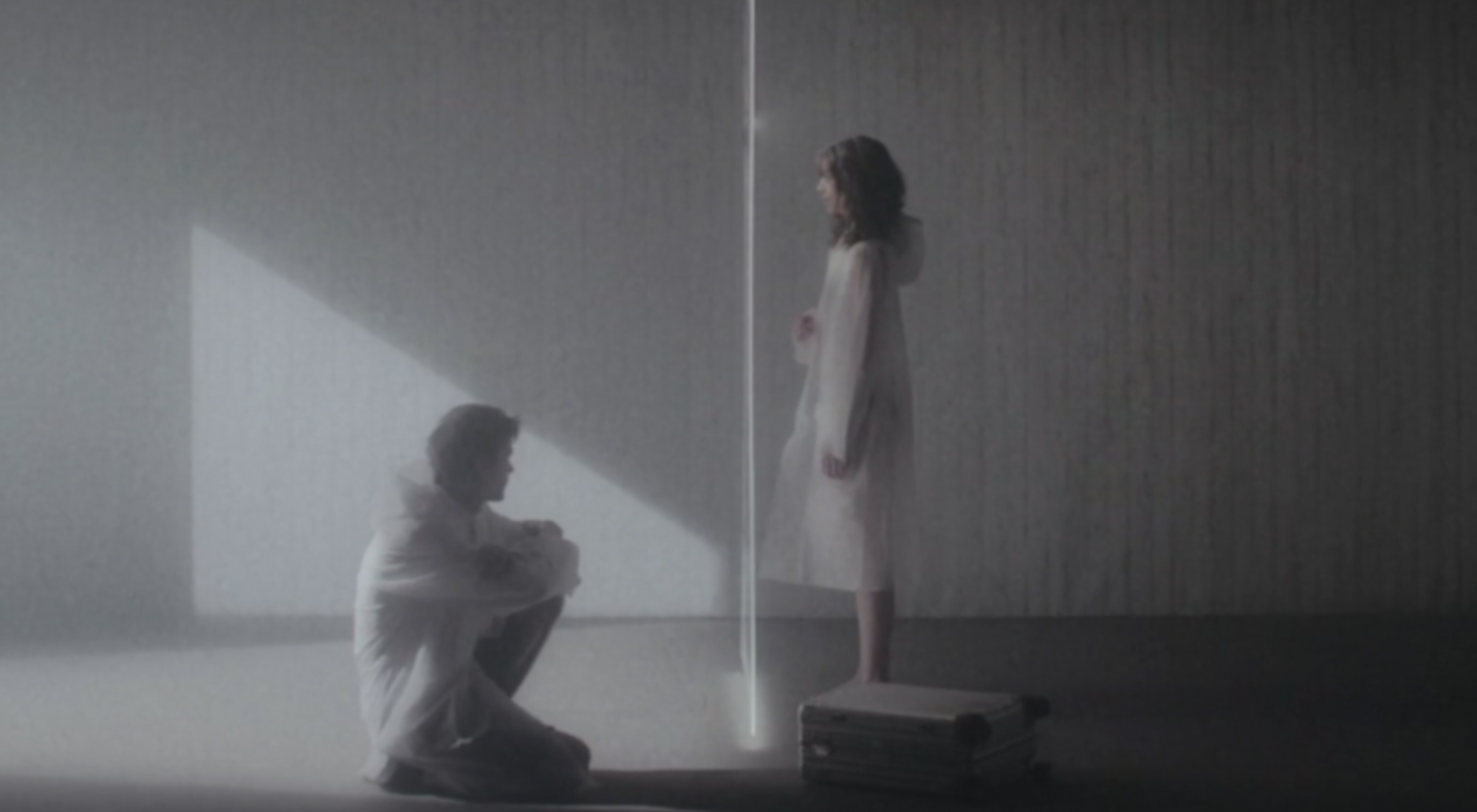 You’d have to be living in a cave (without signal) to have missed the avalanche of negative sentiment mounting against the pervasive role technology plays in our daily lives. What we once thought of as a panacea for global connection and understanding has turned out to be much more complicated than that early idyllic vision. Exploring the virtual space of a long-term and long-distance relationship, VITRUM from German directors Joscha Bongard and Felix Schreiber asks how the digital world influences us and our relationships as a couple tussles over their future together. Shot in a day on a 90° rig, Bongard and Schreiber tell DN how they used the vertical frame to scrutinize the negative aspects of an ever-connected world.

We’re a part of one of the last generations that grew up without smartphones and too much media. We had our first relationships writing love letters in school. But we’re also the very first generation getting matches on Tinder in our youth, having fights and also sex via Instagram, Snapchat or WhatsApp. We feel no distance is too far, having relationships with people all over the world. This changes, this sometimes feels bad. VITRUM is an attempt to deal with the break-up of a long-distance relationship. It’s an intimate view of how media changes relationships.

The film started with a visual idea: glass is the ‘portal’ between people nowadays. As social media and virtual spaces are probably the most influential invention of our times we wanted to reflect on how it influences us and relationships. As digitalization has very positive aspects there are also negative ones which we wanted to show in a metaphorical short.

We produced VITRUM as a first year exercise at our film school (Filmakademie Baden-Württemberg). The challenge was to shoot for one day in the studio with two or three actors and actresses. We built the set with our DP-Team, using concrete photo-wallpapers.

Glass is the ‘portal’ between people nowadays.

As we wanted to shoot VITRUM vertically, we build a 90° rig. Our DoP-Team, Jakob Sinsel and Wolfi Purkhauser, had to do a lot of testing before the shoot as we had to figure out how the edit would be different from normal horizontal images. It was essential to be very precise as we found out that the edit of vertical images would jump much harder than normal ones if it wasn’t on point.

As the Filmakademie has a great Animation and Effects Department, the VFX of the wide-shots weren’t a problem. In sound design we aimed for a slightly surrealistic and dark feeling, using different old synthesizers and random sounds we stylized.

It was a very fast project and took 2 months from the initial idea to the final cut, which made it hard sometimes but also brought with it a special drive!

Directors Notes is honoured to present the premiere of VITRUM on our pages today. If you would like to join the filmmakers sporting a fetching DN Premiere Laurel, submit your film now.