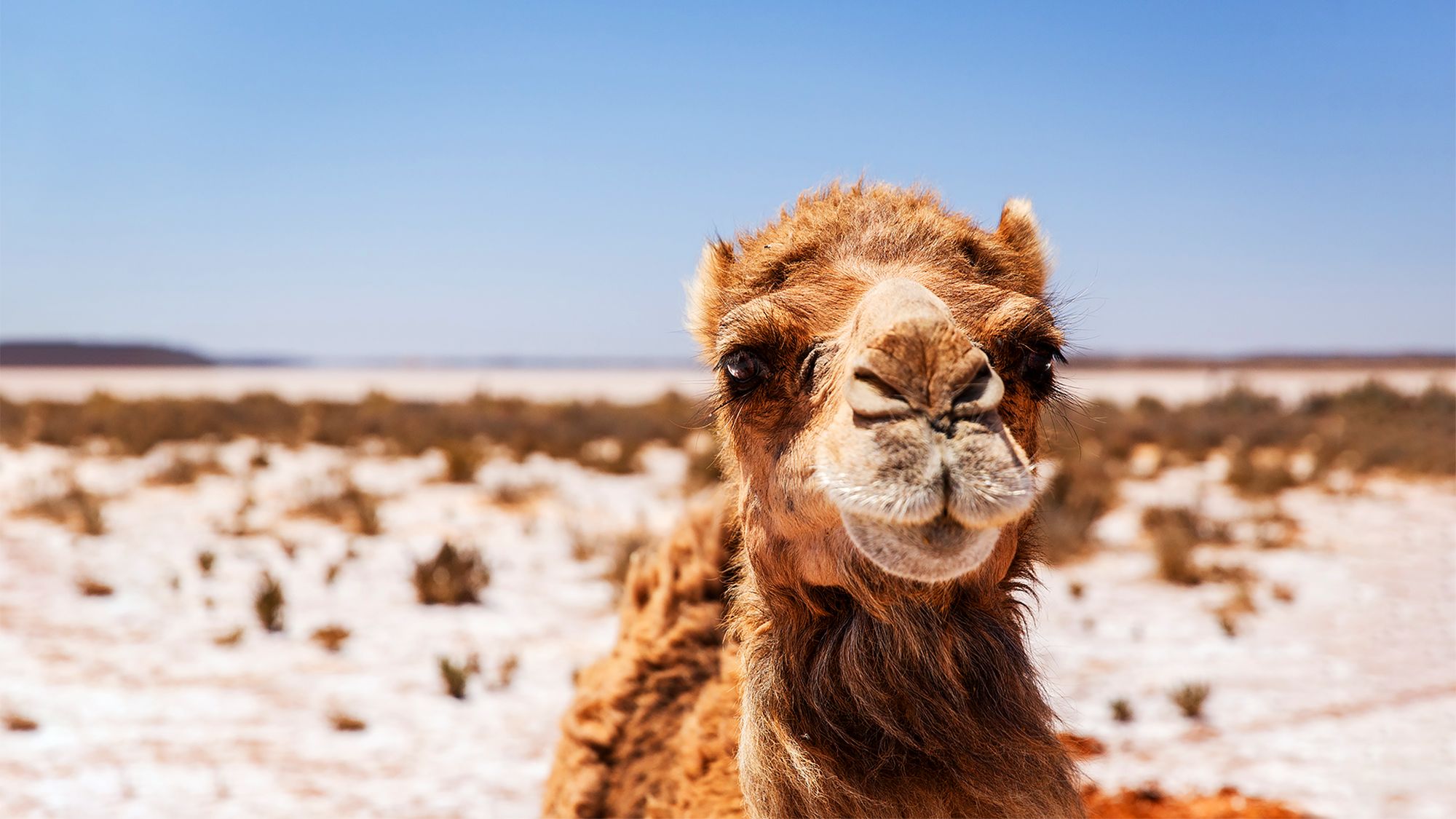 Imagine discovering that you’d unwittingly been conscripted into a plan to hunt down and kill your friends and family? That’s the devastating realisation which hits the lead character of Alison James’ multi-award-winning scripted, no-dialogue, live action short Judas Collar – a film made all the more impressive given that its emotional gut punch of a story is exclusively delivered by a cast of camels. Based on the real life culling practice of capturing and fitting wild camels with a tracking device which betrays the location of the herd, we spoke to James about the challenges of shooting in the Australian Outback and how she managed to get such heartbreaking performances from her camel stars.

How did the Judas Collar first come to your attention and what about the device’s use compelled you to write this remarkable film?

I had been directing on the Australian show Outback Truckers and I was researching a new series on remote helicopter pilots. I came across a company that specialized in Judas Collar work and I thought what the hell is a Judas Collar!

I learned that it was a tracking device where a camel was used to betray the location of its herd in order for them to be hunted and shot from a helicopter in order to reduce population numbers. It was a scientific device with a deeply religious name because it preys upon the most human qualities of the camel – its need for connection. It struck me as such a tragically human story and I knew I wanted to tell it so badly that I actually quit my job and the next day started writing.

You’ve revealed that initial drafts of the story were told through a human protagonist, what about those early versions wasn’t working?

The story originally followed a woman lost in the Australian outback who came across this Judas camel – but in having a human protagonist it limited the meaning of the story to her specific character journey. I think it worked as a story but it wasn’t anywhere near as powerful as the original pitch – which was simply telling people what happens to these Judas camels.

Once I was telling the story from the camel’s perspective, I felt it didn’t need any words.

Of course, this meant relying on the central performance of a camel so it was truly terrifying to write but I just had to set aside my director brain for a moment and focus on being true to the story. 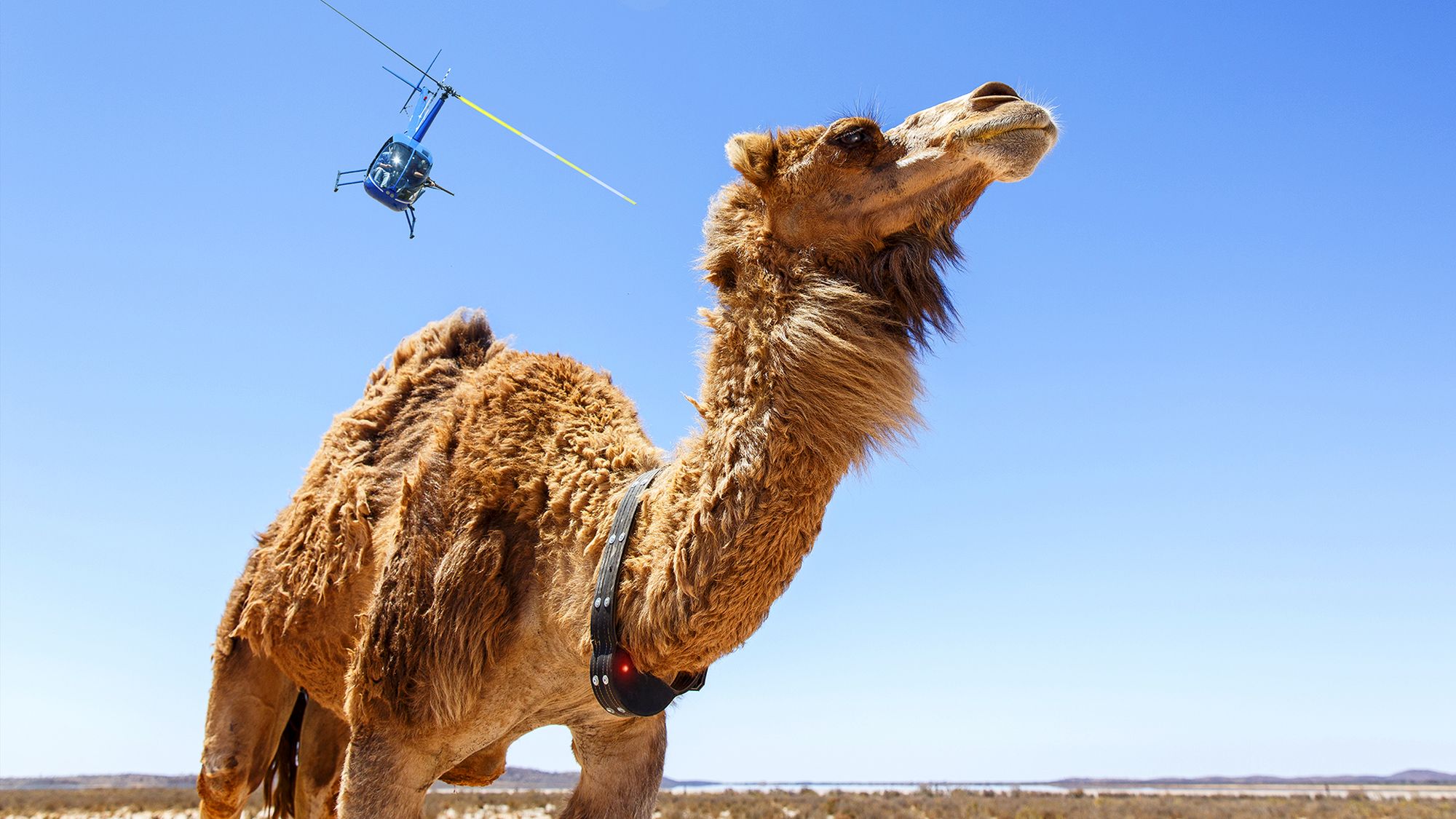 I can’t imagine the film with it now but did you ever explore the use of narration?

Yes! Not the camel’s story itself but one version had narration because there was just so much exposition required to tell what happens to these camels. Once I was telling the story from the camel’s perspective, I felt it didn’t need any words.

I was completely swept along by this heartbreaking journey of separation and self-sacrifice, could you tell us what techniques you used to get such stirring performances from the camels and how you went about selecting your cast?

I think the amazing thing about using animals and not having dialogue is that the audience is able to project their emotions onto the camel’s story. To cast the role we went to the camel farm and held auditions! I knew that Sonic was the camel I wanted to cast because she had such beautiful expressive eyes and such a gentle manner. But the camel wrangler we were working with said she was too young, headstrong and was named Sonic because she had a tendency to run off… but we cast her anyway and she was amazing.

Directing the camel performances was a whole-team effort. We would build a pen for the eight camels and then separate Sonic from the herd and position ourselves in between to capture the action without ropes. We learned that the further away from the herd she was, the faster she would run back to them. And then we would use any means necessary to capture her attention during the shot – pellets, noises, calls, other camels acting as eye-lines, basically we tried everything and anything the shot demanded. Sometimes we got lucky on the first take and other simple shots took four hours.

How challenging of a location was the Australian Outback to shoot in?

Over the six-day shoot, we had eight flat tyres, two bogged vehicles and a broken down camel truck. I actually had to call my dad to drive another truck onto set – almost a thousand miles, the day before shooting. It was extremely challenging. It was over 100 degrees Fahrenheit, there were flies and camels and helicopters and I was four and a half months pregnant at the time. As part of one scene, we wanted the camels to cross a vast salt lake but they wouldn’t do it – so we decided to drive out onto it and film back to them on the banks and promptly got bogged. So they knew the landscape much better than we did!

And filming the camels had its own set of challenges. They run at 25 mph and we had to keep up or outrun them, depending on the shot, travelling over rough ground with rocks, shrubbery and no roads to speak of. And of course to best capture the camel’s perspective, the camera needed to be at camel-height. Director of Photography Michael McDermott rigged a four-wheel-drive vehicle with a front and rear MoVI unit, fitted with an ARRI ALEXA that meant we could drive alongside, behind or in front of the camels and still capture incredibly cinematic images.

When it came to the edit, how did you ensure you were not only evoking the deep emotion of this story in the audience but also maintaining a narrative clarity that they would be able to follow?

Clarity was absolutely vital. The film was completely storyboarded because without words for exposition, any small little action could confuse the story and if people are confused they can’t engage or emote. Even so, we spent a long time in the edit just clarifying the narrative and removing anything that complicated it unnecessarily. Then it was a matter of searching or extending upon tiny moments in our main footage or outtakes that we could repurpose. We used slow-mo, and sometimes reversed and looped tiny camel looks to try to extend a moment to its greatest emotional resonance. Our editor Lawrie Silvestrin also worked in the sound department on the movie Babe so that was a great help when it came to building the ‘dialogue’ of the film. 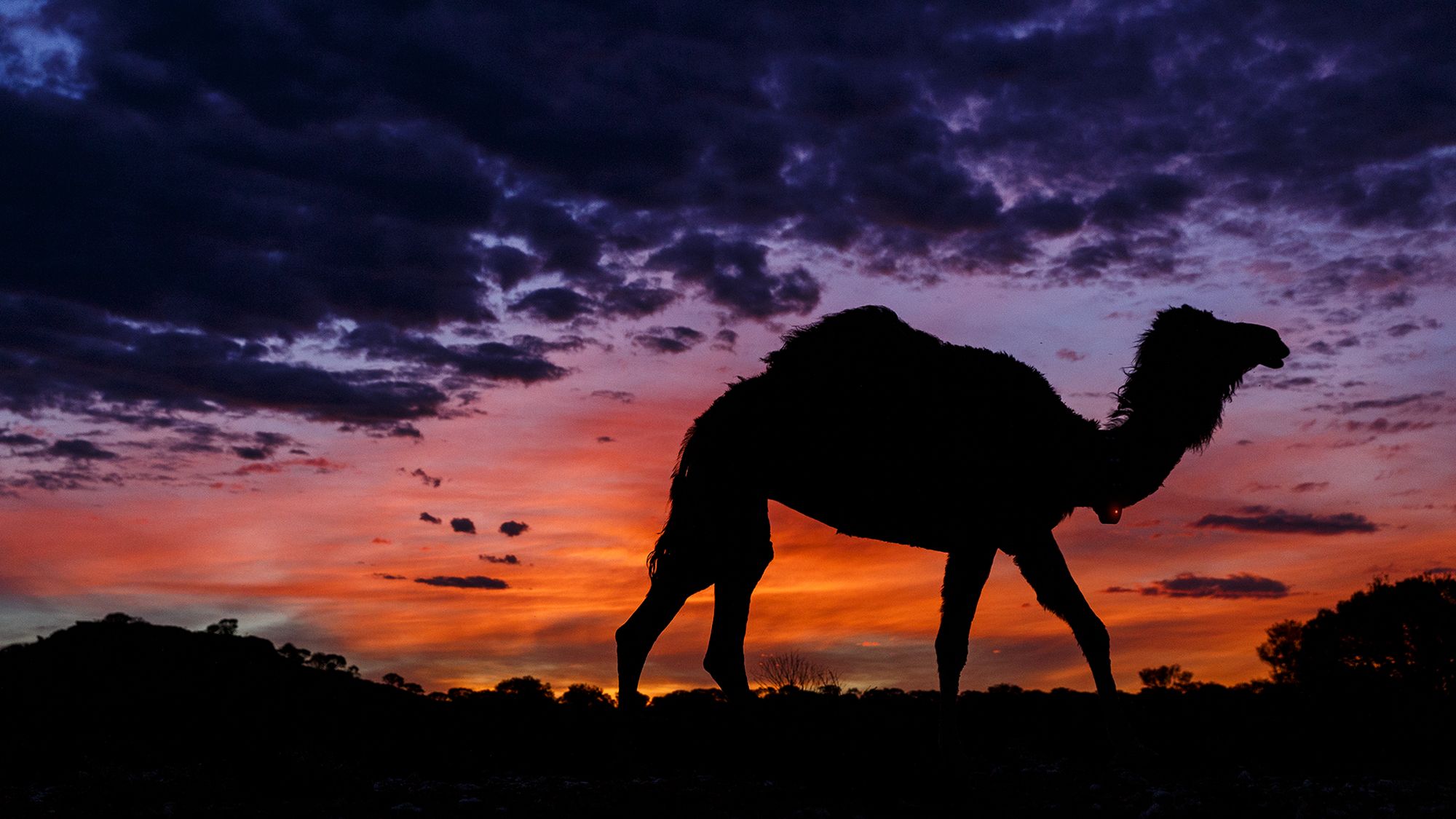 Without words for exposition, any small little action could confuse the story and if people are confused they can’t engage or emote.

I was lucky enough to be signed by WME, who actually watched the film in the back of an Uber after we won the Austin Film Festival and became Oscar qualified for Best Live Action Short. I’ve since also signed with Grandview and together this has lead to a number of opportunities both in Australian and here in the US. I’m currently in LA developing a survival thriller feature as well as a much smaller feature drama set in Western Australia.

Judas Collar is one of the many great projects shared with the Directors Notes Programmers through our submissions process. If you’d like to join them submit your film.