All a film needs sometimes is a good setup. For David Rusanow’s short drama Mother, we find ourselves watching a mother as she discovers the fresh remains of a condom in her house, the main curiosity she has: she’s not set sure who it belongs to. Rusanow’s direction is slick and gripping as we watch this mystery unfold as the mother suspects both her young daughter and her withdrawn husband. DN caught up with Rusanow to talk about the process of adapting comic books and the importance of an ambiguous ending.

What was the initial inspiration for Mother?

I stumbled upon a collection of short comics by Chris Gooch, a local comic book artist, and Mother really stood out to me as a story that would work really well as a film. I kept thinking about how self-contained, but dense it was in its subject matter, and decided it would be great to adapt. Also, I’ve always been a big fan of comics in general and thought it would be great to adapt one for the screen, especially an Australian comic book because that rarely gets done.

How did you find translating that material into a cinematic form?

The adaptation happened quite smoothly. The great thing about Chris’ work is that it’s very paired back but contains a lot of cinematic moments. The opening scene in the film is almost identical to the original panels in the comic actually. The hand sliding under the table to grab the condom is a panel that I loved in the comic, and to me, it held this weird tension, even as a still image.

I tried to keep the adaptation as true to the comic as possible to keep the original tone of the story.

There were a few things that had to be dropped from the comic book, mainly some voice-over moments that didn’t really fit in the translation to screen. But I tried to keep the adaptation as true to the comic as possible to keep the original tone of the story. But ultimately it’s really handy to have that original reference to go back to when you’re trying to figure out how a scene should work.

Stylistically, Mother plays out kind of like a murder mystery with a voice-over narration confession being given by the ‘detective’ as she figures everything out, could you talk about deciding to tell the story that way?

The flow of Julie’s therapy session in the opening scene was something that was in the comic. I liked how it had an almost dreamlike quality to it and then we pull out to reveal that she is recounting the moment to her therapist. It’s an almost absurdist moment. Those moments work well to let the audience into Julie’s internal world and give you an idea of how she’s really handling the situation. But then you also realise as the film goes on that Julie’s only confidant in the situation may not have her best interests at heart.

How smooth was the shooting process?

One of the things that drew me to the comic in the first place was how contained it was. Minimal cast, and minimal locations which are good when you’re shooting on a tight budget. Overall the shooting was pretty smooth. We managed to squeeze it all in over four days and still have time to spend on the more dialogue-heavy scenes. I was cinematographer and director on the shoot as well, which was hard at times, but I had an experienced camera operator which really helped alleviate the workload.

How did you work with your actors to develop the close relationships in the film, i.e. mother and daughter, husband and wife?

We did quite a few rehearsals before the actual shoot, mainly for the therapy scenes and the scene in the car with the daughter. Dana, who plays Julie is a mother in real life so the scenes between her and India, played by Ashley, worked out quite natural. Dana and Chris, the actor who played the husband, didn’t have time to meet up and rehearse so we actually had to figure most of that out on set. But all the actors used a lot of there own experiences and relationships to work from in building up their characters. 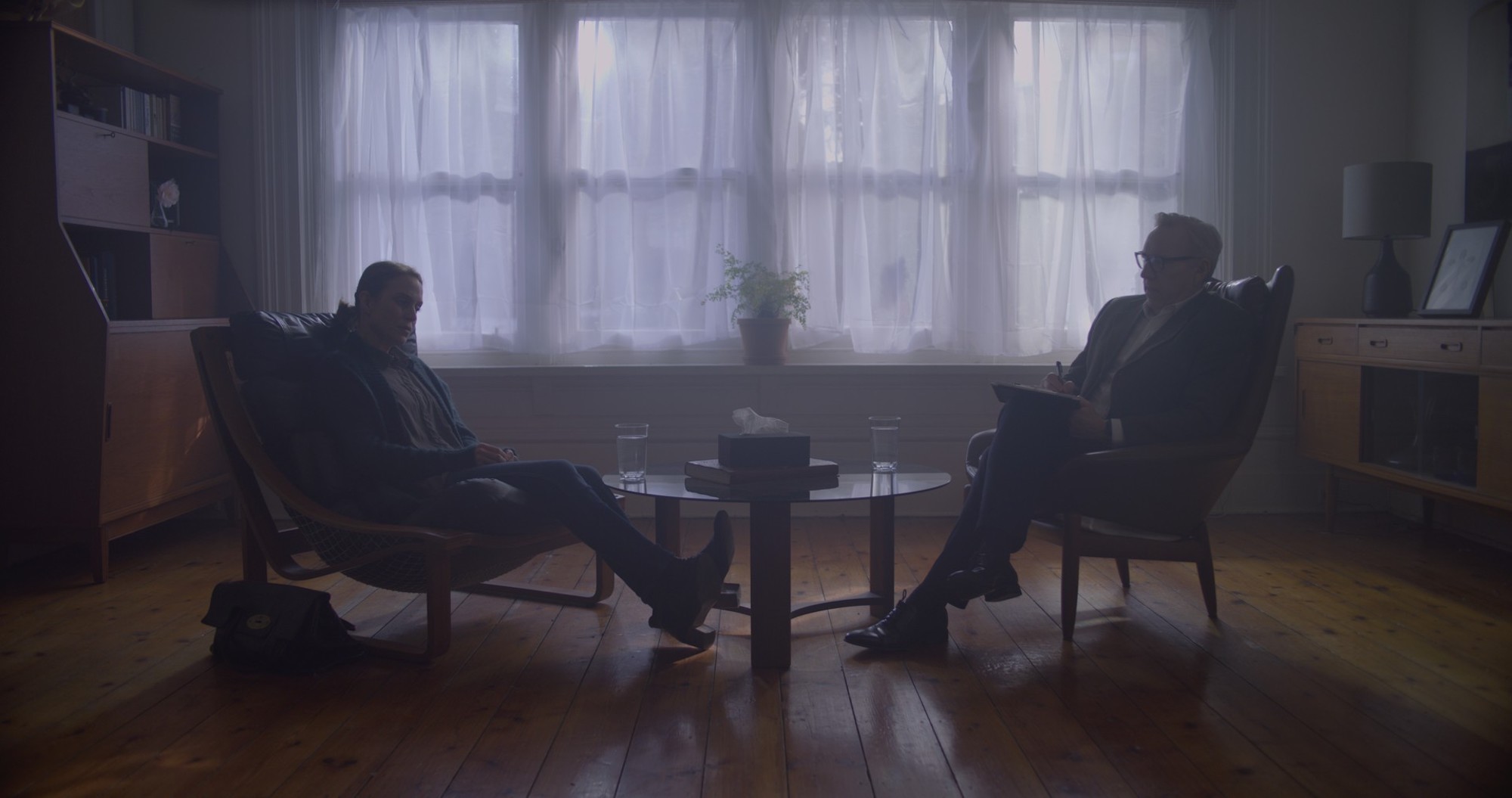 Could you talk about your decision to leave the film open-ended? What do you hope audiences take away?

The original story actually ended a lot more abruptly, and I had to add that final scene of Julie on the couch in the script. I like films that don’t wrap everything up neatly. I feel that sometimes in life we don’t always get all the answers so I thought it would be interesting to see that on-screen.

Ultimately the film is about Julie making a decision to keep her family together by not pushing a point that could possibly tear them apart. So it’s not really about solving the mystery, more so about what Julie does when she is pushed into a corner by the people around her. Also, it leaves the Pandora’s box of finding the condom open for people to make up their own interpretations, of which there have been many!

Sometimes in life we don’t always get all the answers so I thought it would be interesting to see that on-screen.

I’m currently working on a feature-length adaptation of Chris’ recent graphic novel Bottled and writing a few scripts of my own as well as working as a cinematographer.